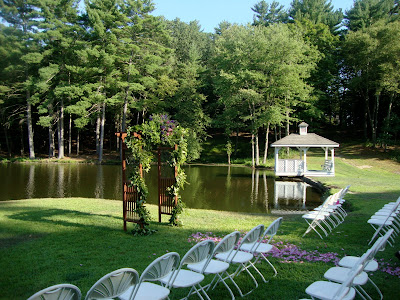 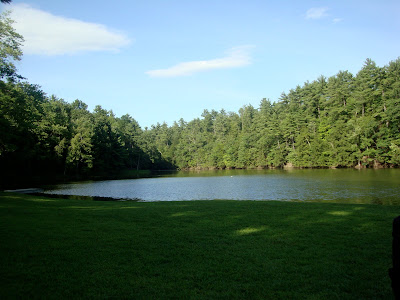 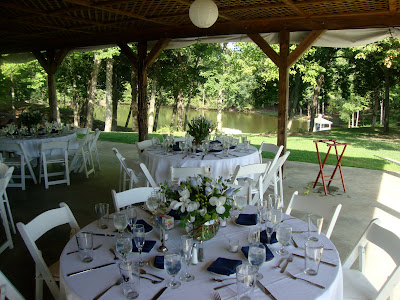 I've been to some pretty beautiful weddings in my life, but this one was probably my favorite. Set beside a lake in the woods, it was the perfect combination of being beautiful but not fancy. (You may have seen Chelsea Clinton's wedding on the news; it was the same afternoon as this one, about a dozen miles away.) 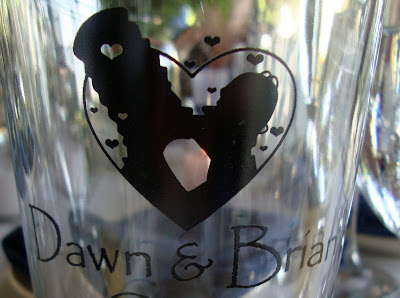 The bride and groom gave everyone pint glasses with Homer and Marge Simpson. We ended up with four of them, but I'm not complaining. 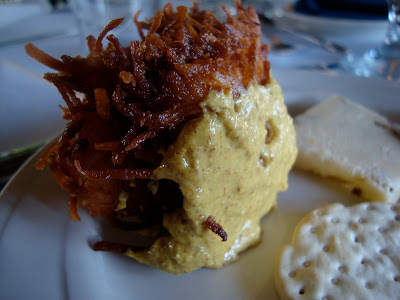 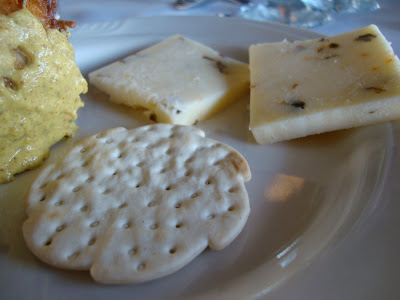 As an appetizer, I ate something I never have before: coconut chicken. I'm not sure I've even heard of that before. But it was fantastic, better than any coconut shrimp I have ever had. 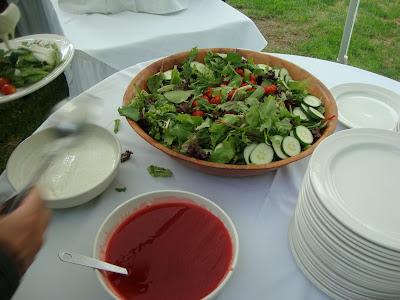 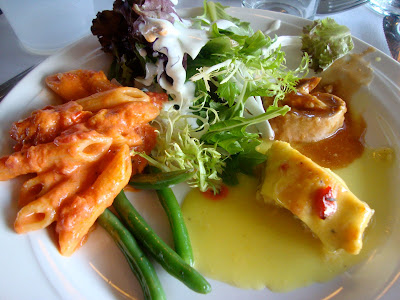 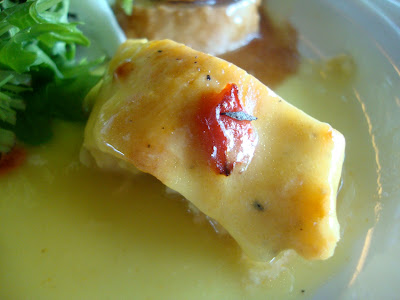 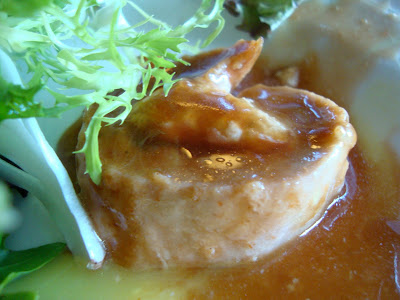 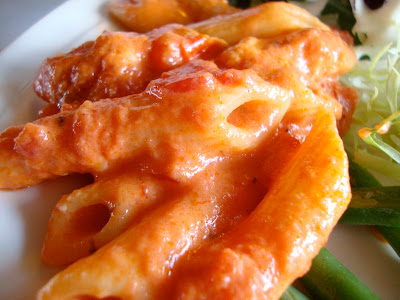 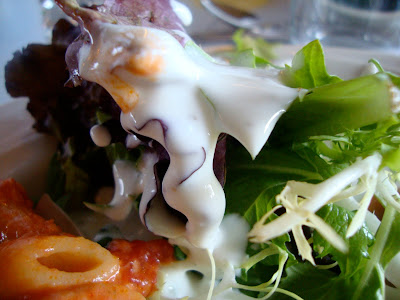 Lemon chicken is a dish I am not a big fan of. Almost every time I can remember eating it, the one thing it did not taste of is lemon. It's tasted absurdly sweet. It's been bursting so full of garlic it could have given Zankou's garlic sauce a run for the money. I once had a piece that smelled stronger of rosemary than an entire rosemary bush.

This lemon chicken was, literally, the best I have ever had. The chicken was juicy and the sauce actually tasted of lemon. It ran all over my vegetables but I did not care. If I hadn't been wearing a suit I would have tilted the plate to my face and poured the sauce into my mouth.

My other favorite part of the meal was the stuffed pork. My guess is that it was stuffed with fontina cheese, but it could have been something else. 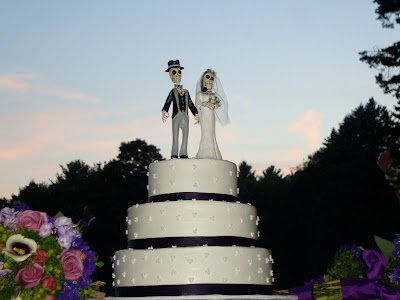 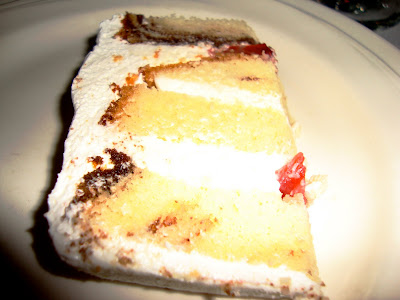 I've already featured the picture of the wedding cake but I'm doing it again because I like it so much. It was just as tasty as it was cool.
Posted by JustinM at 10:36 AM

That looks fantastic! Does that mean the New York vacation series is over?

It ends this week, but I have two more things to write about.

It was such a perfect day. The weather was good, the food was delicious, and it seemed like everyone had a great time!

Hopefully your last entry will be about how you got on Cash Cab on the way to JFK.

I have enjoyed these NY posts. It has felt like a free vacation for me.