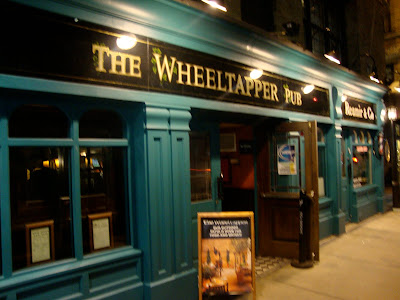 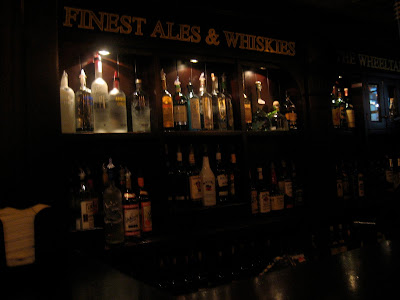 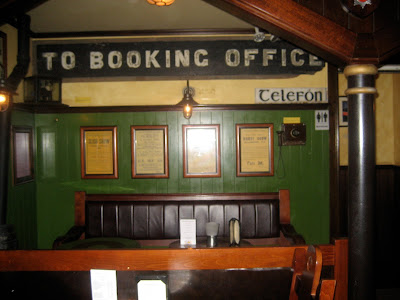 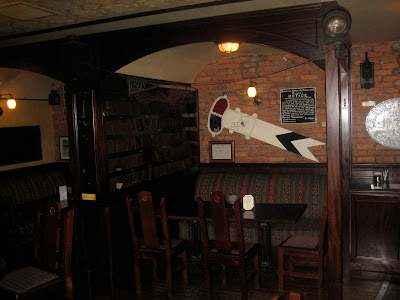 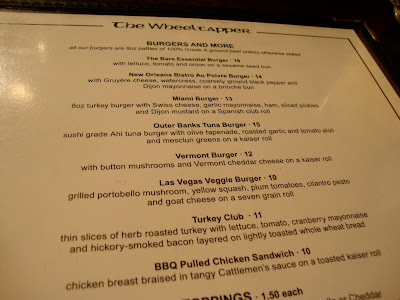 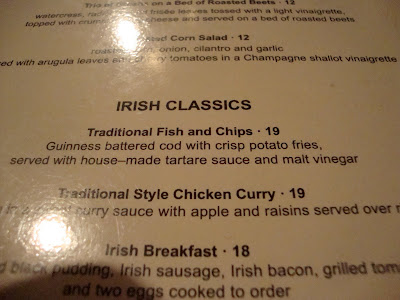 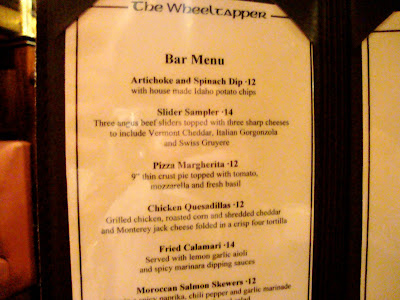 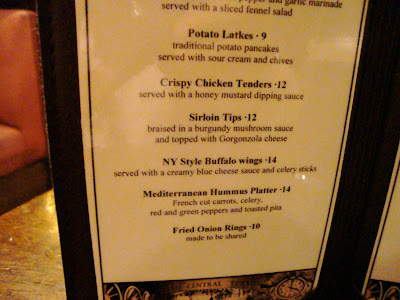 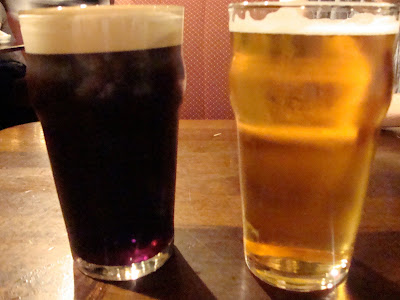 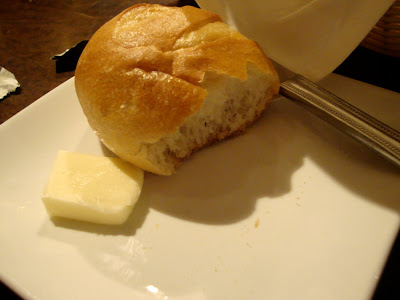 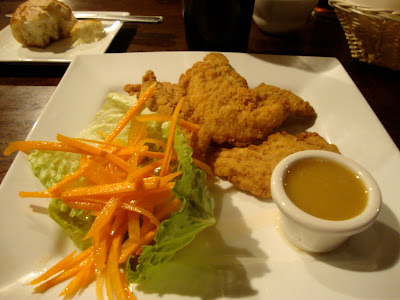 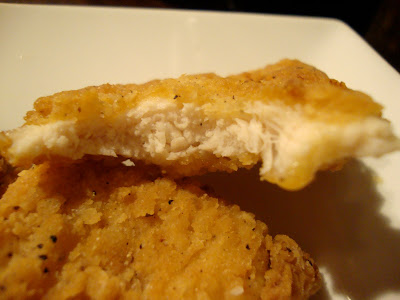 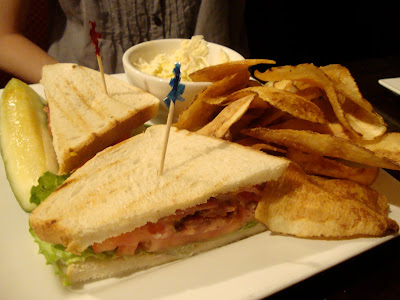 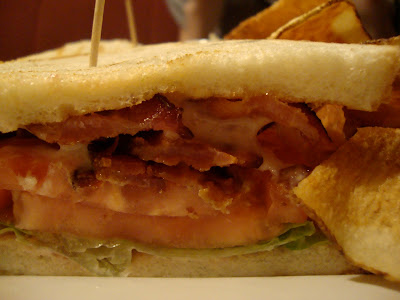 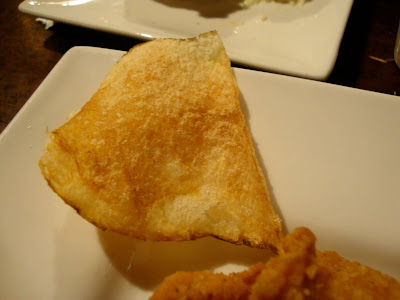 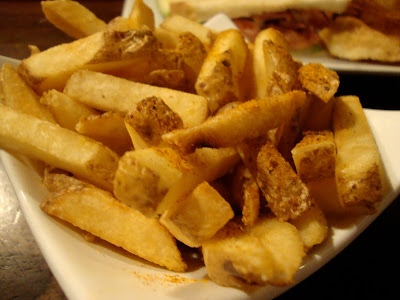 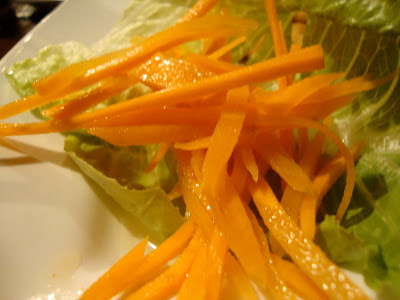 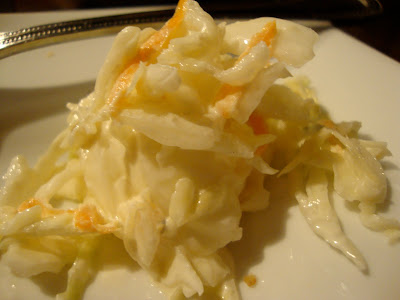 Yeah, you definitely can't repeat the past.

I once spent a thoroughly enjoyable couple of hours in the bar area of the Wheeltapper, sipping beautiful pints of Guinness, watching baseball, and talking to the few patrons inside the pub on a hot afternoon. Designed by the Irish Pub Company to evoke an old railroad station, the Wheeltapper was one of the most enjoyable Irish Pub Company pubs I had ever been in. And I've been in a lot.

Before Elizabeth and I caught the train home, I suggested we get some dinner at the Wheeltapper. It was packed when we walked in. This didn't surprise me too much; it was the evening, not the middle of the afternoon like my last visit. But it was much louder and it seemed like any other bar, not like an Irish pub. Plus, there was no place for us to sit in the bar area, so a server showed us to a table in a much quieter - but much less evocative - section of the restaurant. It was dark and felt less like a bar than a supper club, but we had been doing stuff all day and it was a good opportunity to relax with a pint of Guinness, which was very good.

I browsed the menu but knew exactly what I wanted: fish & chips. I'd had them on my visit years earlier and they were pretty good. So that's what I ordered.

I'm not going to lie: this surprised me. I have been to pubs countless times in my life, ordering fish & chips probably more than one hundred times, and not once do I ever remember hearing that a pub is out of it. So we took a few more minutes with the menu. There was a "BBQ Pulled Chicken Sandwich" that caught my eye until I saw that it was served with Cattlemen's sauce, the only barbecue sauce I find so repugnant that I refuse to eat it. I turned my attention to the bar menu.

I decided to give the "Slider Sampler" a try.

Okay. About this time I started to think that returning to the Wheeltapper was perhaps a bad idea. But I was hungry, plus I didn't want to make us late for the train, so I just decided to get some "Crispy Chicken Tenders" and an order of fries. Elizabeth ordered the BLT. (The fact that my original intention had been to get a cozy pint of Guinness and some pub grub - and we were now getting the same things we could have ordered at the Hooters in Times Square - was not lost on me.)

Talking or complaining about about prices in New York City is pointless and I haven't done it at all in the last few days. Prices are high and everyone knows it going in. It's like going to a baseball game: you know everything is going to be overpriced, so if you're not willing to deal with it, just make other arrangements. (I bought a bottle of water for $4 in a bodega, the same little bottle of water that I get at Fresh & Easy for $2.88 - for a case of 24.)

But I still had to laugh when my $12 chicken tenders were presented to me. There were three of them (and a tiny bit of a fourth piece, about half the size of a McNugget). They were the exact same tenders Carl's Jr. serves, which is to say not bad... for the $2.99 that Carl's charges. (Although I guess I should point out that Carl's doesn't give you two dozen carrot shreds. Maybe those are worth a few dollars.)

The fries were room temperature pieces of potato; completely worthless. (Even if I hadn't eaten fries at Pommes Frites 5 hours earlier, these still would have been worthless.) These are not the fries that I once ate with the fish & chips. Elizabeth gave me some of her cole slaw and it was really good. I asked how the BLT was.

"Not very good. You could make something better than this."

So neither of us thought much of our meal. It was like eating at Denny's. At least our beers were good. I won't say what the total cost for our meal was but I will say this: we could have visited In-N-Out six times for the same amount.

The next time I'm in New York, I will return to the Wheeltapper for a pint of Guinness if the situation presents itself, but I won't go out of my way for it. (It's less than 100 yards from Grand Central which, I suspect, is the main thing it has going for it.) But I will never eat there again. I will apply the same standard to the Wheeltapper that I do to pizza joints in New York City: there are just too many great bars and restaurants out there for me to ever return to a place that I don't love. Not only did I not love the Wheeltapper, I really disliked it this time around.
Posted by JustinM at 9:24 AM

"I have been to pubs countless times in my life, ordering fish & chips probably more than one hundred times, and not once do I ever remember hearing that a pub is out of it"

Wasn't there a virgin trip we made to the new Sierra Madre Brewing Co. in Kersting Ct so many years ago where they didn't have fried stuff - just sausages? I'm trying to remember exactly. I do remember the group tables - I still don't understand why that idea didn't catch on....

Yes, we went there the second night they were open and they didn't have the fryers working yet. But I don't count that as being "out of" fish & chips, though. They weren't out of it because they never had any to begin with.

I think the problem with the big group tables is that the capacity of the restaurant was about 12 with that format.

What other IPC pubs have you liked?


We bumped into your blog and we really liked it - great recipes YUM YUM.
We would like to add it to the Petitchef.com.

We would be delighted if you could add your blog to Petitchef so that our users can, as us,
enjoy your recipes.

Petitchef is a french based Cooking recipes Portal. Several hundred Blogs are already members
and benefit from their exposure on Petitchef.com.

To add your site to the Petitchef family you can use http://en.petitchef.com/?obj=front&action=site_ajout_form or just go to Petitchef.com and click on "Add your site"

Just from what you had, their food looks Uninspiring.

I would like to exchange links with your site animmovablefeast.blogspot.com
Is this possible?

What do you mean?