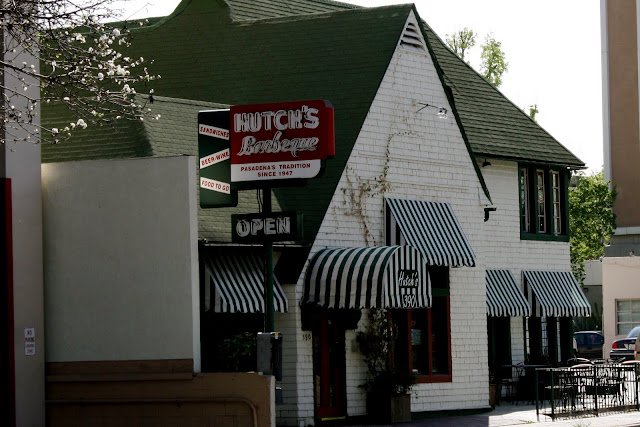 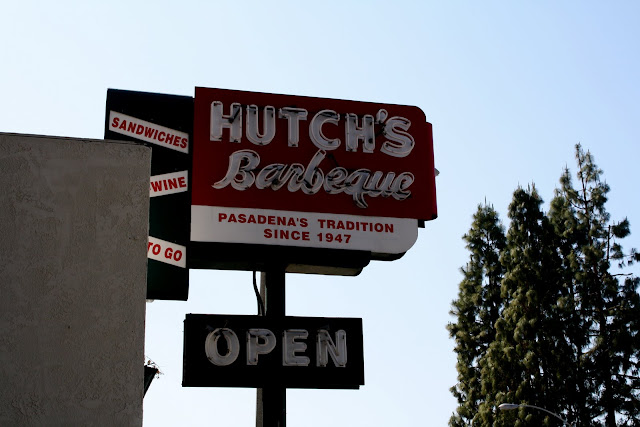 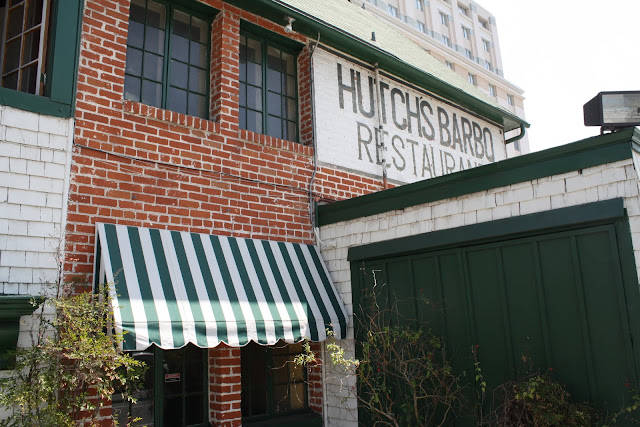 Once more at Hutch's. I first wrote about the place only a month into this blog experiment, back when there were only a couple readers, not the 15 there are now. So I will give you a short catch-up on my history with the place: There are many restaurants I think are better in town; there is not another restaurant in the world that I love more. I have been eating there my entire life. My mom has been eating there her entire life. I could go around the room and point out a memory at every table.
There's the table I ate at with my brother and my friend Jon the day I got my driver's license. Hutch's was the first place I ever drove to.
There's the table where my grandmother bought a deranged woman a hamburger. She tried to sit with us but my Nana told her she had to sit at a different table.
There's the table I ate at while my friends all danced at our senior prom. The girl I had been planning to take moved to the East Coast two weeks earlier. "You should come anyway," my friends all said. I chose a solo dinner at Hutch's. I chose wisely.
There's the table where I ordered my first hamburger after having my jaw wired shut for weeks. Once the wires came off I furiously chewed gum around the clock in hopes of my making my jaw strong enough to be able to eat a Hutch's hamburger, the one thing I truly craved.
I could go on an on.
I stopped by the other day for lunch for the first time in a few months. My brother and mom joined me. There are many things that have changed since my first memories of the place a quarter-century ago, but even more than have not. 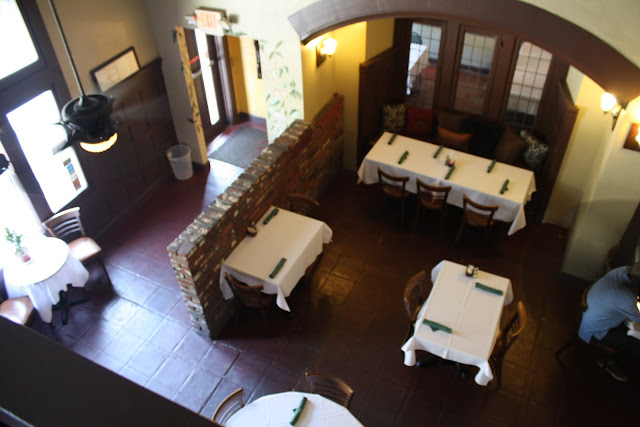 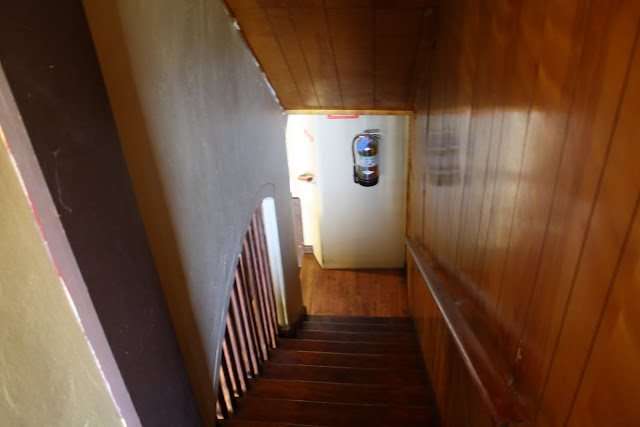 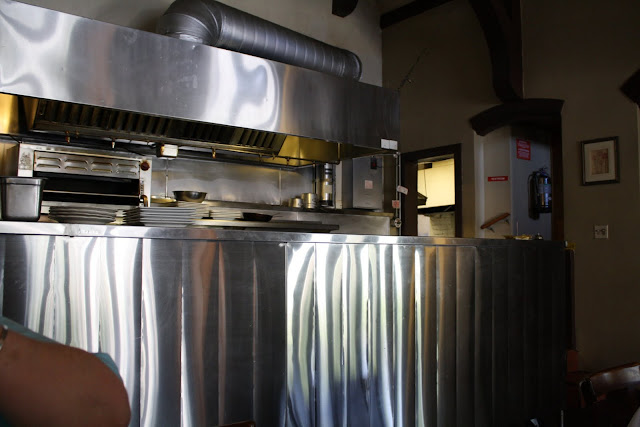 There is no longer sawdust on the floor. The menus are now folded, laminated things, not the paper sheets that used to double as placemats.
But the same cook is in the kitchen. The same smells are coming from behind the grill. This used to be a house and the bathroom is still at the top of a flight of uncomfortbly narrow stairs, looking like a home bathroom. 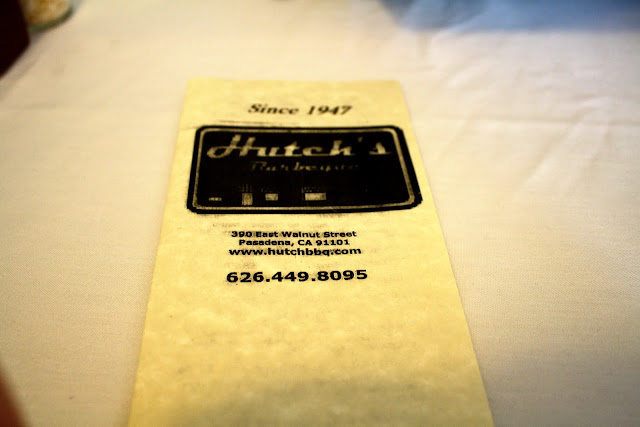 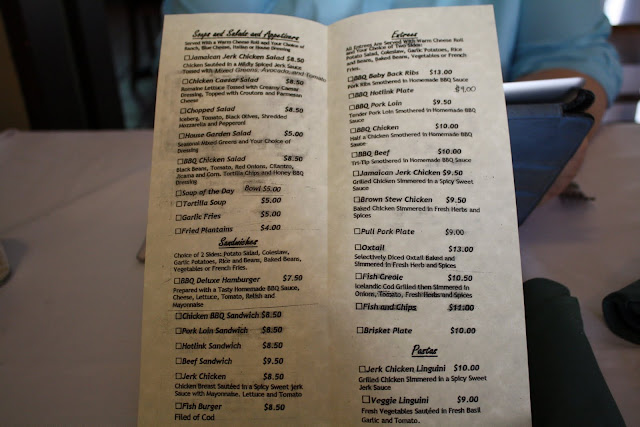 I looked at the menu out of habit but there is never any need for me to do so. The restaurant these days is called "Hutch's BBQ & Jamaican Cuisine" but I have strayed from the burger only twice: once I had BBQ, a pulled pork sandwich, and once I had Jamaican cuisine, a jerk chicken sandwich. Both times were disappointments. 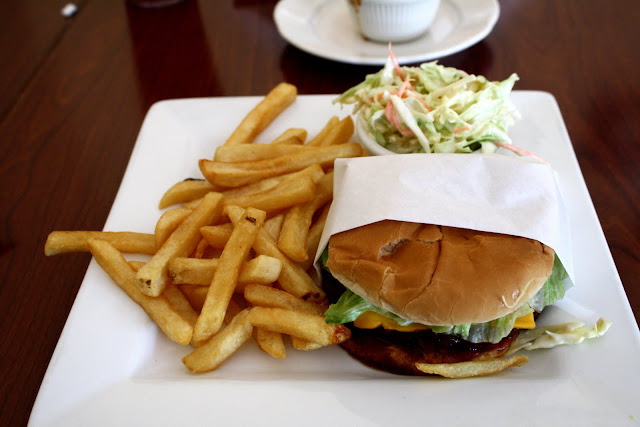 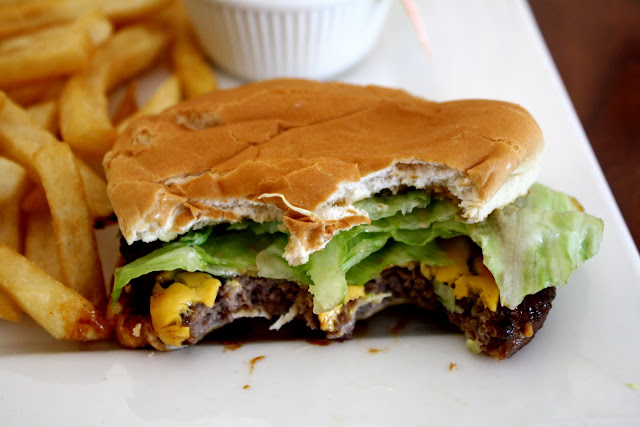 The burger is the thing here and I have had hundreds of them in my life. There is no special trick to it, no fancy cheese nor caramelized onions nor pomegranate ketchup. It is a patty cooked, I suspect, on a griddle in a pool of barbecue sauce, topped with a slice of bright-orange cheese, a tangy relish and lettuce so fresh and crisp you fear you may chip a tooth. I used to order the hamburger with double meat; these days a single patty is usually enough. 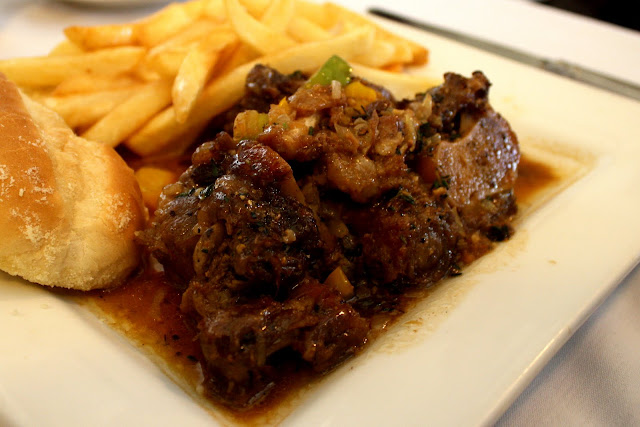 When my brother was a kid and I was always eating hamburgers, he was always getting the ham plate: a few slices of ham drenched in barbecue sauce. This time he ordered the oxtail. He said it was tasty, but for the $13 price tag - almost twice the price of my mom's and my burger combos - he was expecting more meat. He finished it quickly, leaving behind a small pile of bones. 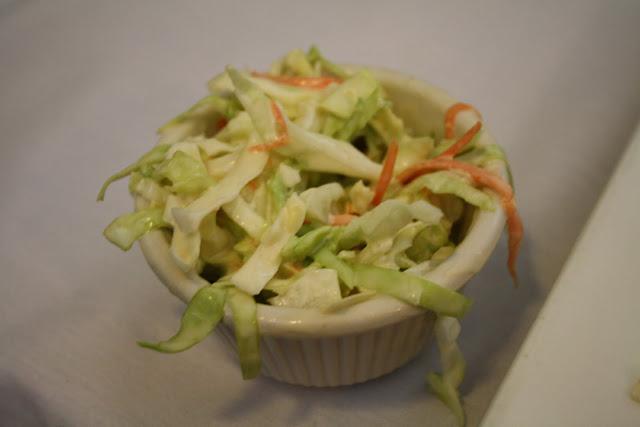 Hutch's cole slaw is some of my favorite I have ever had. It is tangy without the acidic bite of too much vinegar and slightly sweet without being drenched in mayo. I'm not sure what their recipe is but if I had it I would probably eat this slaw every day. 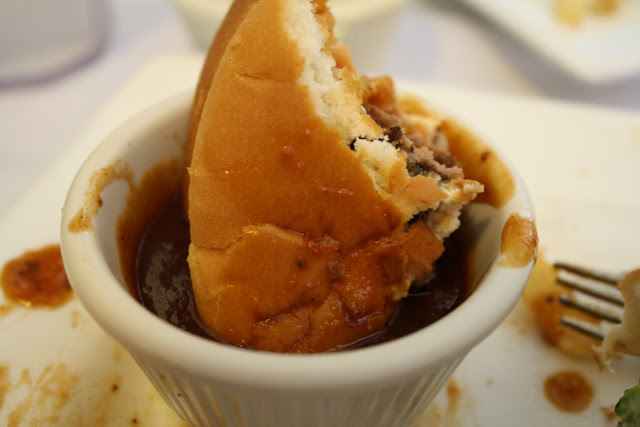 One other routine is immutable at Hutch: I always request a side of barbecue sauce and near the end of the meal I dunk bites of my burger in it like a French Dip. It is a thin, tomato-based sauce that does not look as if it will be flavorful, but flavorful it is. I could drink this sauce.
The fries are nothing special (though it helps to request them well-done). When I'm done with the burger I add some ketchup to the leftover sauce and perhaps a drop of Tabasco, creating one of the more pleasant dipping sauces I have ever concocted out of tabletop condiments.
I have come to accept that the restaurants I love most in this town are not likely to last. This is not a lament; it's life. The list of things I would love to have again is long: the french fry pizza at Breadcrumbs, the puteri rolls at Kuala Lumpur, the spicy fries at The Rack Shack, the Mt. Etna at La Fornaretta, the tableside Caesar at Club 41...
But Hutch's has been around as long as I can remember and, with small exceptions, not much has changed. That can't last forever, but hopefully it will last a while longer.
Posted by JustinM at 11:19 AM

The burgers are delicious! I didn't think I would like the bbq sauce on it, but it's really good. And I like the fries even when not ordered well-done.

Never heard of Hutch's before, but will put check it out. Absolutely loved this post... what a special place this is for you.

I can't tell you how many people I know who have either grown up in Pasadena or lived in Pasadena for years and never been to nor heard of Hutch's. I have taken at least ten of them here over the years and ALL have liked it a lot.

In fact, in my entire life I can only think of one dining companion who did not enjoy it - a childhood friend whom my parents took to dinner with us when we were both about 12.

What a great post. I, too, grew up going to Hutch's and need to go back soon. I remember as a kid being totally intrigued with the pictures that a former owner had sent in, showing the restaurant in it's prior use as a home. I recall the messaging saying (something like)that the new owner could destroy them as they were no longer of importance to the sender. Thankfully they were not destroyed and were instead placed on the wall. The pictures made me like the restaurant even more. I was really happy to see that a couple of years ago the owner fully restored the sign, adding back neon that had been missing for probably 25 years. Thank you for the reminder about Hutch's, we will go back soon and look for those cool pictures.