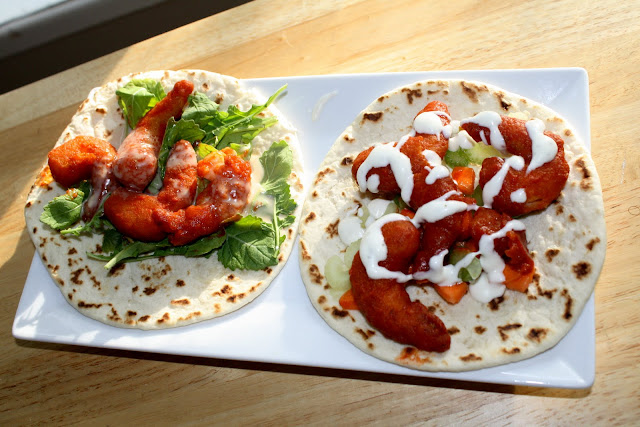 If I were given the chance, at this point in my life, to go back and repeat any ten meals of my choosing, the list would not surprise you: there would be some things that have appeared on this blog (my steak at Hitching Post II, lobster at the Crab Cooker, etc.); some things that have not appeared as posts but which I've mentioned (fish & chips at Leo Burdock in Dublin, pizza at Totonno's in Manhattan, etc.); and some things that I've never even brought up (my first Gates BBQ turkey sandwich in Kansas City, a lobster roll in Scituate, Massachusetts).

But if I'm being honest, there is probably nothing I have ever enjoyed eating as much as the Buffalo shrimp at Bennigan's in Arcadia when I was a teenager. I haven't had them since I was a teenager - the restaurant closed more than a dozen years ago - and even if I were given the chance, I don't know how much I would care to go back and eat them again. But in my memory... damn they were good: plump, juicy shrimp with a crispy coating and a very spicy sauce. (They were so good that I chased their memory for years, even repeatedly trying the Buffalo shrimp at the Hooters in Old Town, despite the fact that every single time I ate them my stomach hurt.)

I got a strong craving for buffalo shrimp yesterday. Not the kind like I had at Popeyes the other night, with spicy peppers in the breading, but crispy shrimp drenched in Buffalo sauce. Seeing as how I have discovered and fallen in love with the Tabasco Buffalo sauce, I decided to make my own. 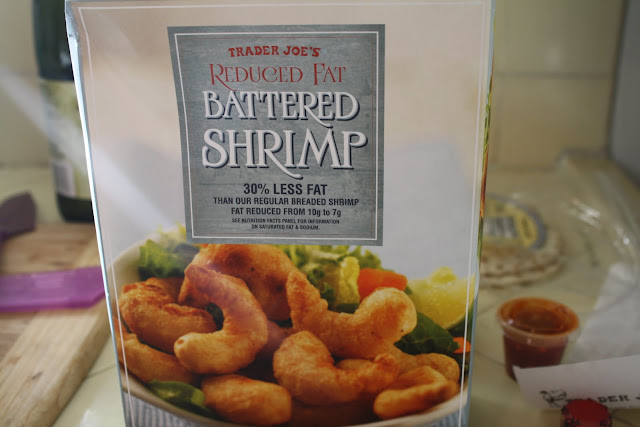 I started with a box of Trader Joe's battered shrimp that have been in the freezer for a couple of weeks - I couldn't think of anything to do with them. I've written of these before, they are very good shrimp. They claim to contain 30% less fat than other breaded shrimp. 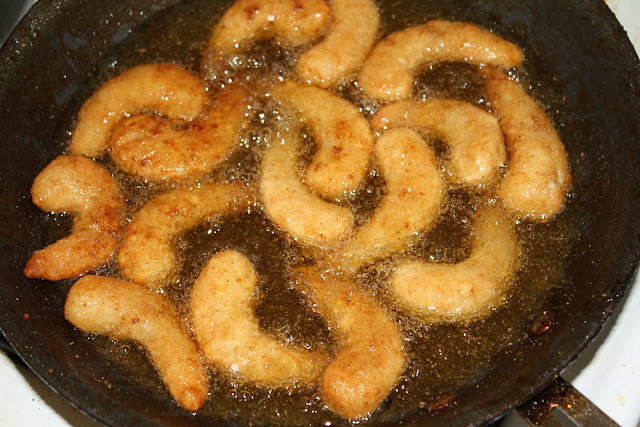 Of course, pan-frying the shrimp may negate that. 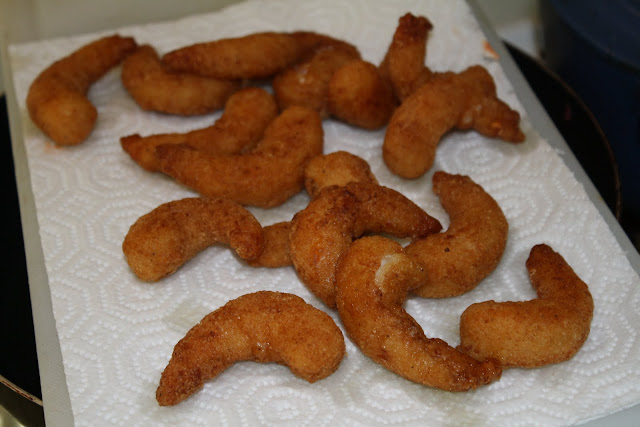 But it's worth it. After three or four minutes you have crispy, juicy, golden-brown shrimp as good as any restaurant in Southern California. 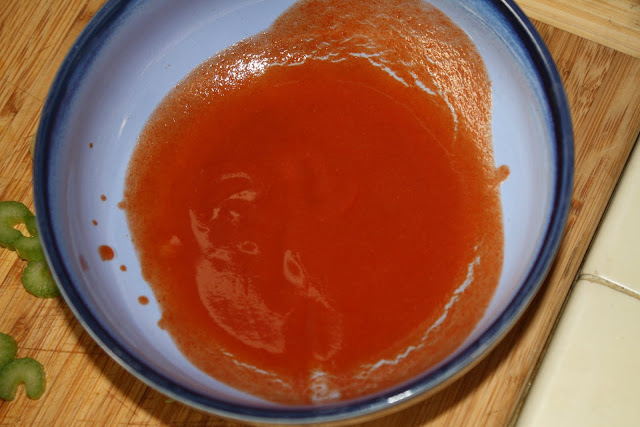 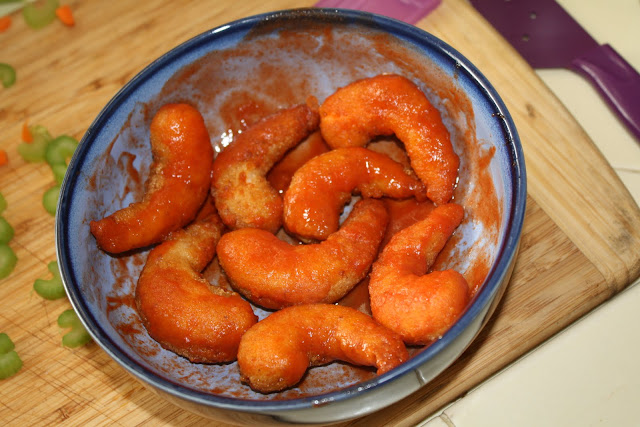 I coated a bowl with the Tabasco Buffalo sauce and tossed the shrimp. 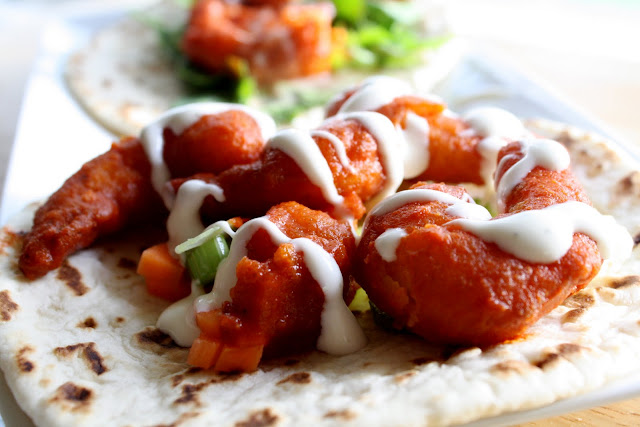 Using Trader Joe's pita bread as the base, I added diced carrots and celery to one taco, topping it with some blue cheese. 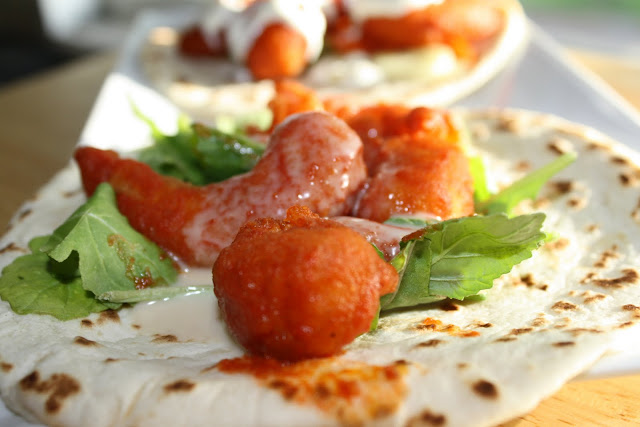 To the second, I added TJ's wasabi arugula - a peppery arugula with the added kick of wasabi - and topped it with champagne vinaigrette. 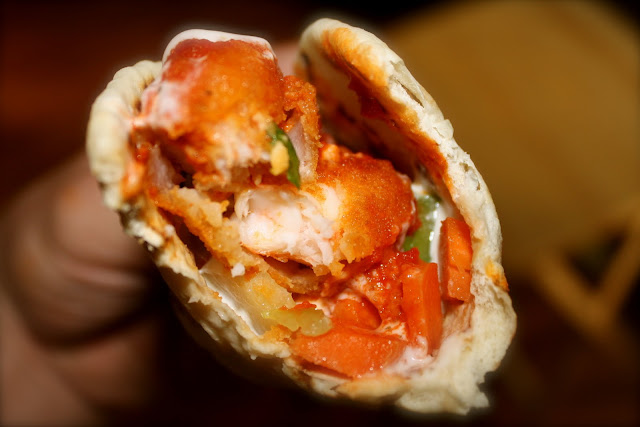 They were both spectacular (although my favorite was the former) - crispy with the heat of the Buffalo sauce and the coolness of the veggies and dressing. The whole dinner for two of us cost just a few dollars - far less than one order of those Bennigan's Buffalo shrimp ever cost. This will not be the last time I ever make these.
Posted by JustinM at 12:21 PM

I would eat that for breakfast if it was in front of me right now!

Wow...this looks fantastic! Love the idea of putting it with the blue cheese. This will definitely be made in my casa soon!

Wow!! This is some awesome creative cooking Justin. I love how you coercist these shrimps into your pure deliciousness extinct food favs. They look amazing and I'm inspired to do the same. Any tips on making coconut shrimp from these TJ babies?

Alas, no. I'm not a big fan of coconut shrimp.

TJ's has frozen coconut shrimp that I like the looks of. I want to try them. And the buffalo shrimp were really good- I liked mine with dressing and carrots and celery too.