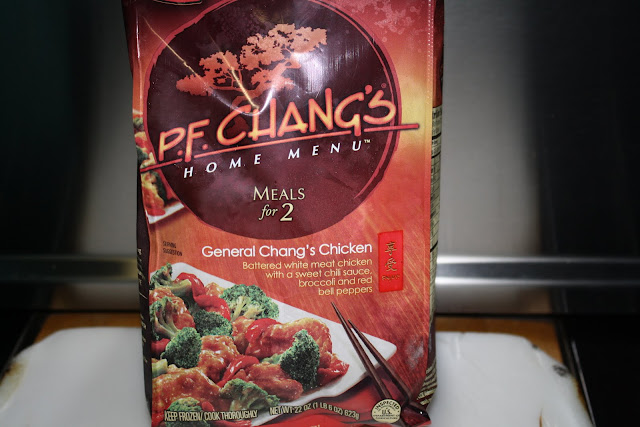 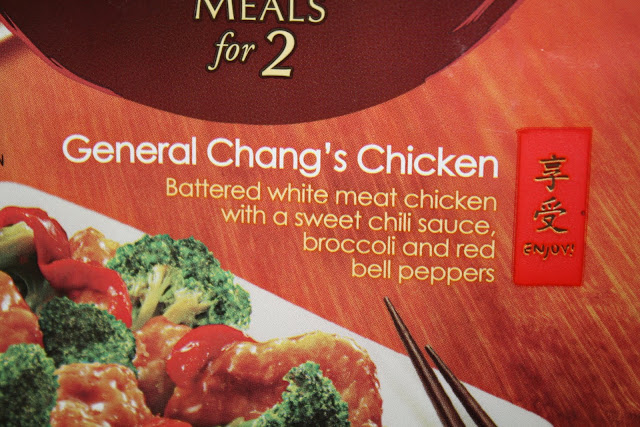 For more than a year I've seen reviews of P.F. Chang's home meals and never had a single desire to try one. P.F. Chang's is one of my least favorite restaurant chains; their food already tastes microwaved to me. But Friday night I was incredibly hungry, at the store looking at things and craving something Asian. I thought: Well, why not give them a try? I was in the mood for something salty and saucy. If nothing else, P.F. Chang's has always nailed both of those aspects. 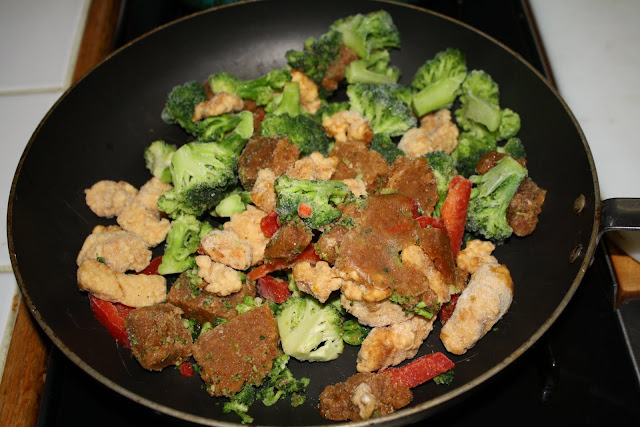 I selected the General Chang's Chicken, not wanting orange chicken or beef with broccoli. I didn't think much of it when I opened the bag and poured the contents into a pan. There wasn't much chicken for the $9 price tag. The orange chicken or tempura chicken from Trader Joe's both cost half that price and contain at least twice as much chicken. 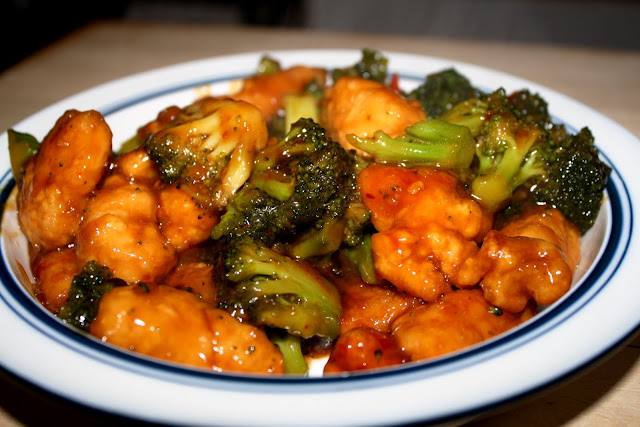 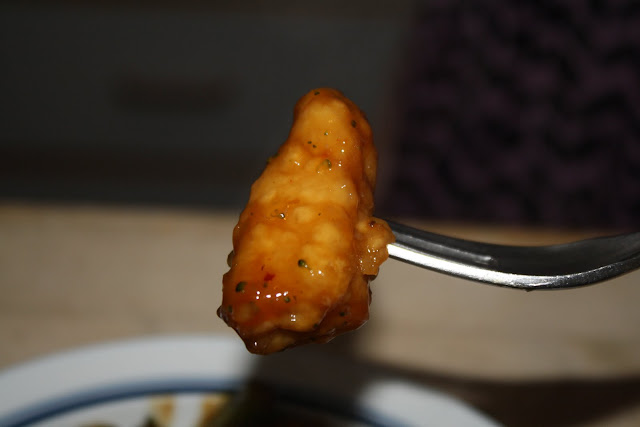 I cooked the ingredients for ten minutes in the covered pan, then dumped them into a shallow bowl. I wasn't a big fan, but I did not hate the meal as much as I've always expected I would. The chicken wasn't crispy, of course, but it wasn't the rubber-ball consistently that breaded chicken becomes in the microwave. The sauce was too salty, but I knew it would be. The veggies were decent.

I have no regrets about waiting more than a year to try a P.F. Chang's frozen meal, and I doubt I will ever have one again. It was about as good as that microwaved, frozen Chinese meal I had the other day, but it cost four and a half times the price. Although I'm not a big fan of Panda Express, it's a lot better than P.F. Chang's. You'd be better off just going there and grabbing a 3-item combo instead of trying one of these frozen dishes. And if you live in the San Gabriel Valley, I could list you quite a few places you'd be better off going.
Posted by JustinM at 11:11 AM