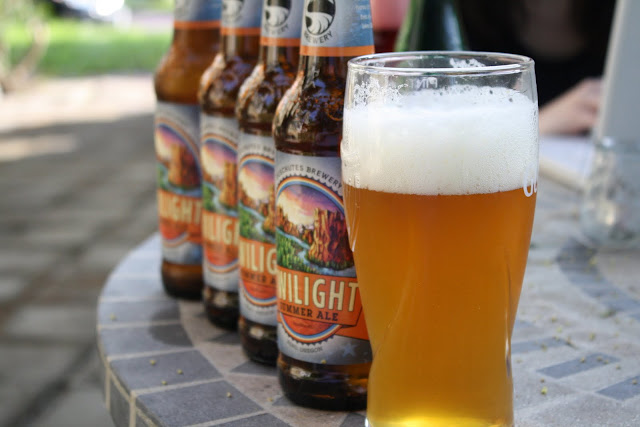 I used to visit Portland a lot. My brother went to college nearby, my friend Erik moved there after college, and two good friends I made in my 20s moved there in 2005. In a ten-year period from the time I was 20, I probably made it up there ten times. I can navigate Powell's without a map.

When one of my best friends from high school, Tom, announced that he was marrying a girl from Oregon and the wedding would be in Portland, I immediately began working on my vacation plans. I went up and stayed with my friends the weekend before the wedding so I could have several days to myself. I wrote about that week back in 2008, which means unless you're one of about a dozen people, you didn't read it.

My hangout that whole week was a neighborhood joint a couple of blocks from my friends' house: the Gladstone Street Pub. They had all MLB games on the TVs, sidewalk tables in the sun, good food and $2.50 pints of Deschutes Twilight. Deschutes has long been my favorite Oregon brewery and Twilight, their summer ale, was fantastic. I've looked for it in many places in Southern California since then, with no success. 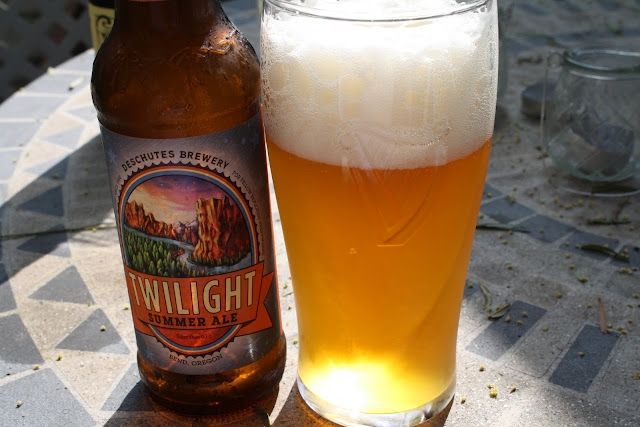 So it was with no small amount of happiness when, Friday afternoon, Elizabeth and I found Twilight on sale at Bristol Farms. We had talked about what to do that afternoon, but as soon as I saw that my plans changed to sit-in-the-sun-on-our-patio-and-drink-Twilight. Our friends Carla and Tim came by and they both enjoyed a bottle as well. 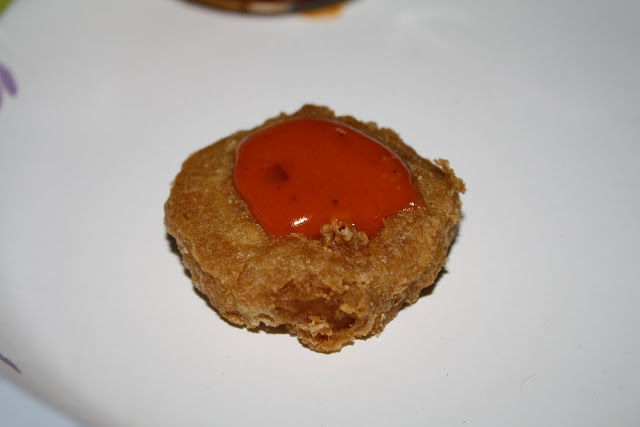 I had planned to make something fancy for dinner but the afternoon turned to evening and next thing we knew it was 10 o'clock. Elizabeth and I decided to get McDonald's, mostly because it was close enough to walk. A couple of days earlier I had made a clone recipe of Buffalo Wild Wings' spicy garlic sauce, and I added that to my McNuggets. Not exactly a gourmet dinner. Whatever.

Saturday afternoon we went somewhere new for lunch. More on that tomorrow, perhaps. 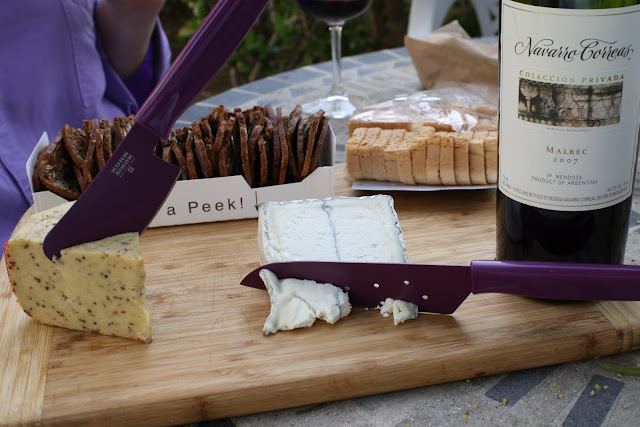 In the late afternoon, when the horrible June Gloom had burned off and the sun finally made an appearance, Carla came over with some cheese and a bottle of Malbec. 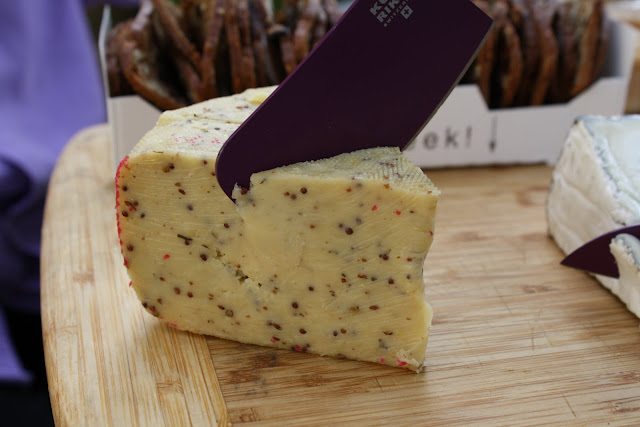 The Red Dragon with mustard seeds and ale. So, so good. 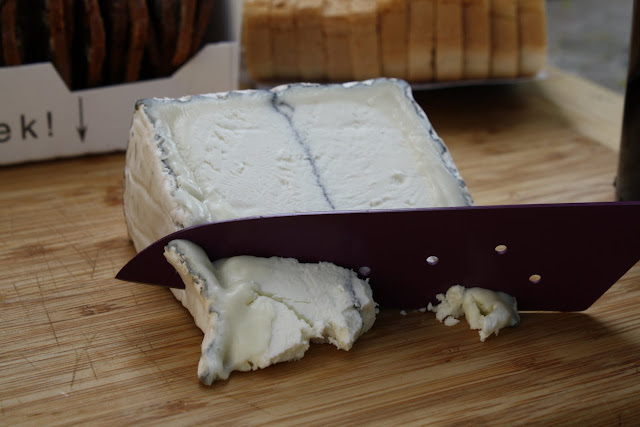 You may wonder if I ever get tired of taking pictures of Humboldt Fog. I do not. 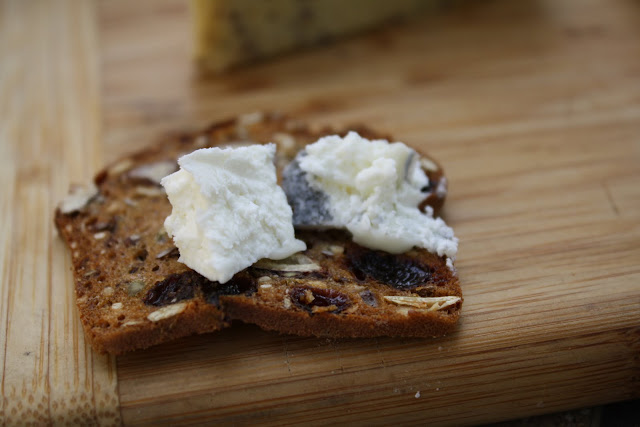 Carla brought over something called "Raincoast Crisps" and I rolled my eyes. They contain raisins, pecans, and rosemary. I thought they would be too silly to adorn with good cheeses. But I owe her an apology: they were tasty. The crisps were too sweet for me to say that I love them (to be honest I preferred the plain white toast mini toasts) but they were much better than I ever thought they could be. 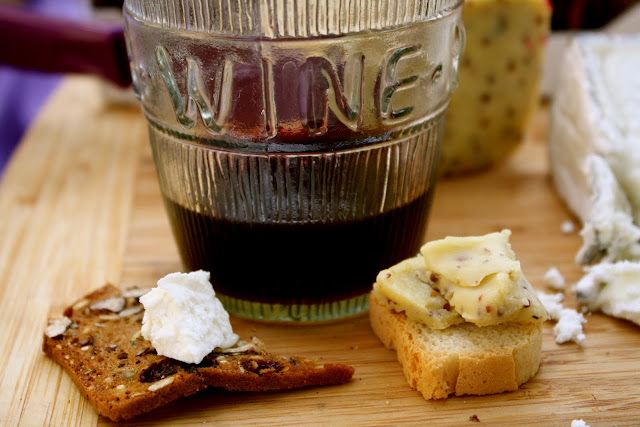 If I did not enjoy the collage (and all the memories that come with it) so much at the top of this blog, the above would be my new title picture. 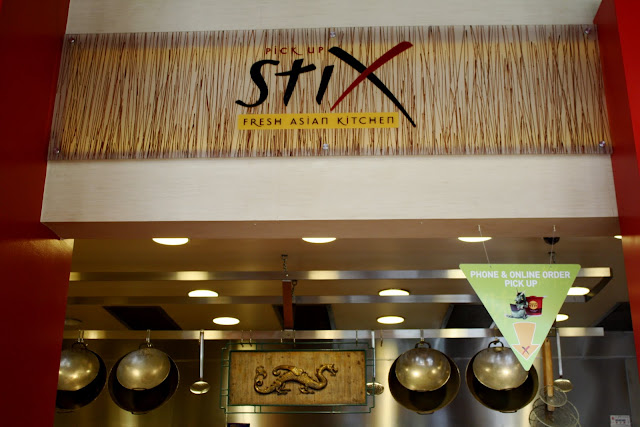 Sunday afternoon, we were down in Alhambra and both quite hungry so we decided to eat at Pick Up Stix. I've always kind of enjoyed the chain, but this has always been my least favorite of the dozen or so locations to which I have been. This time would be no exception. 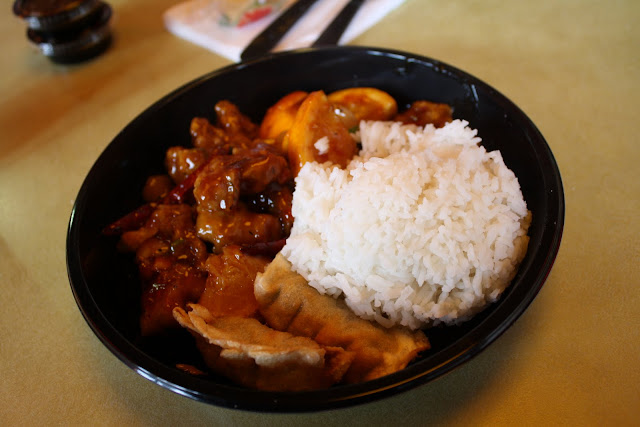 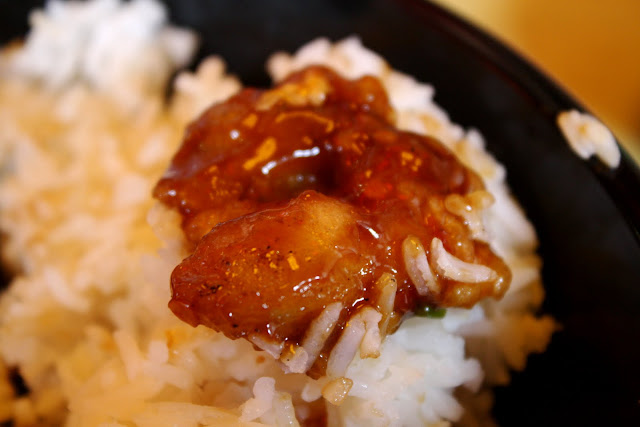 I ordered the orange chicken lunch special - with white rice and two dumplings. It was very tasty orange chicken - unlike another, more famous Chinese fast-casual chain, this orange chicken actually tastes of orange. It was hot and crispy and quite good. 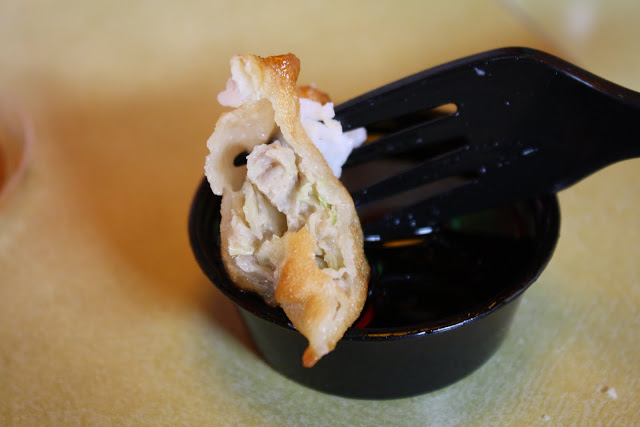 The dumplings, however, were flabby, pathetic little things with no flavor. I dunked them in the soy sauce to make them (a little) better. 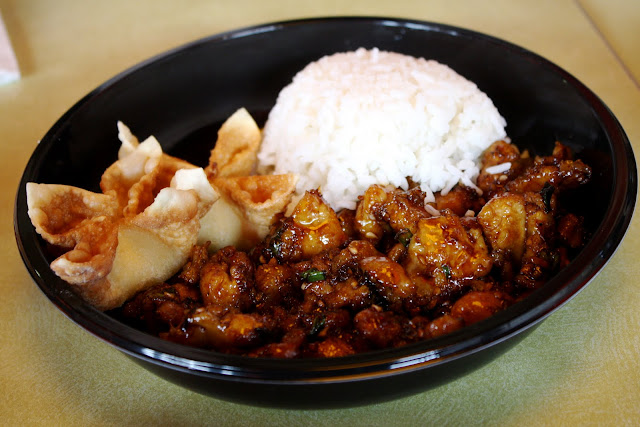 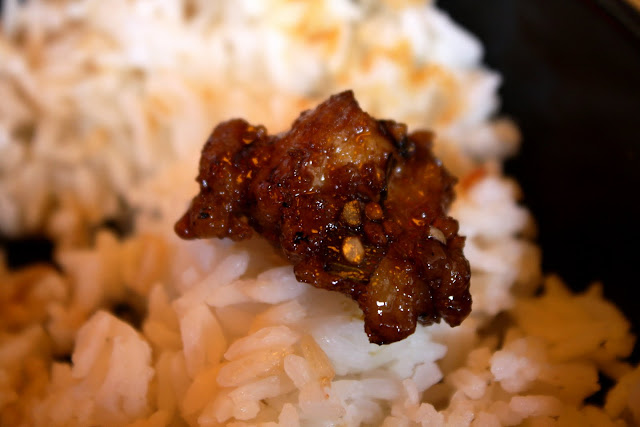 Elizabeth had the House Special Chicken lunch special with two cream cheese wontons. I had several pieces of her chicken - it was pretty bad. The chicken was rubbery and the sauce, which claims to be a caramelized white wine, garlic and soy sauce, tasted only of soy. I've had this dish many times over the last decade, and this was probably the worst version of it I have ever eaten.

I can't really complain too much here. We were in Alhambra - a ten minute drive from some of the best Chinese eats outside of China - and we were so hungry we chose to go to an Americanized-Chinese chain simply because it was right there. I had hoped the meal would have been better than it was, but I accept a lot of the blame. 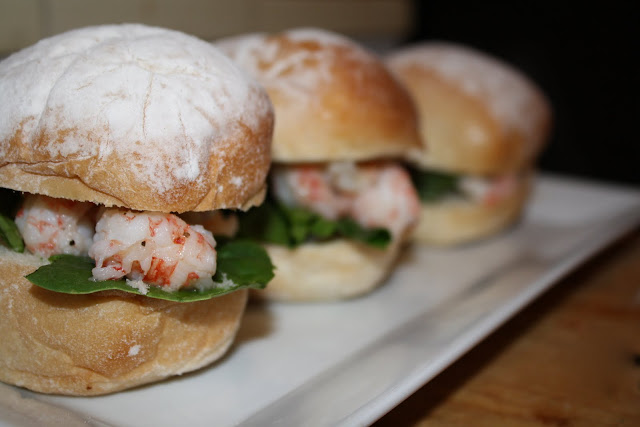 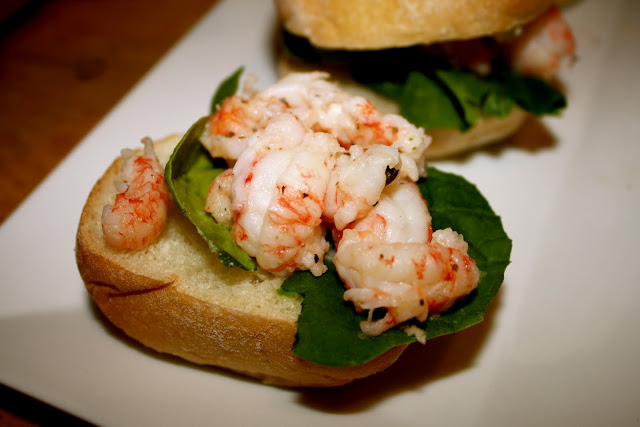 For a simple Sunday dinner at home - I mean, it was obvious it was going to be the last game of the NBA Finals, and I definitely wanted to watch - I made lobster sliders. Okay, they weren't actually lobster, they were langostino from Trader Joe's. But those are almost as good as lobster, keep in the freezer for months, and cost a fraction of lobster. (A big bag costs $8.99 and yields about 7 of these sliders.)

I defrosted the langostino, which is already cooked, and warmed it up in butter, lemon juice, dried herbs and cracked black pepper. I put a piece of spinach on each potato bun then spooned in the langostino. A perfect, easy dinner to end the weekend.
Posted by JustinM at 1:09 PM

What are your favorite pics/memories from the collage?

Anon: One of these days I will do a post for you with plenty of action shots.

I really like the Twilight beer. And our meal on Saturday afternoon defintely topped Pick Up Stix!

Twilight is delicious but I preferred the Somersault from New Belgium. I tried the Anderson Valley Summer Solstice ale tonight - it was like drinking a lavender perfume. Not my cup of tea.

Anderson Valley has always been the black sheep of CA breweries to me. There are the successful siblings I love - Sierra Nevada, Mendocino, Lost Coast, Bear Republic, there are the siblings that rub me the wrong way but I can still understand why people like them - Stone, Anchor, Lagunitas - and then there is Anderson Valley. I just don't like it and don't ever need to see it again.