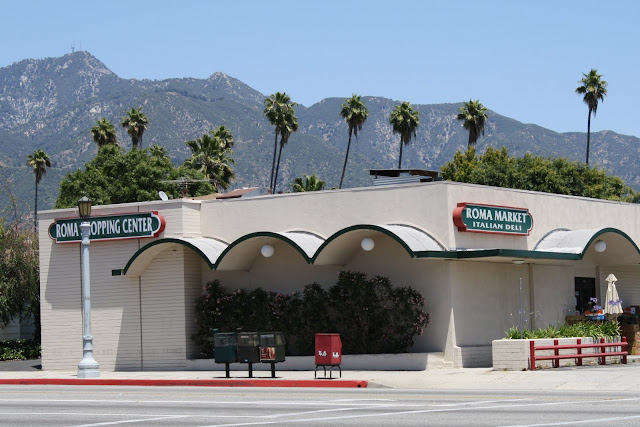 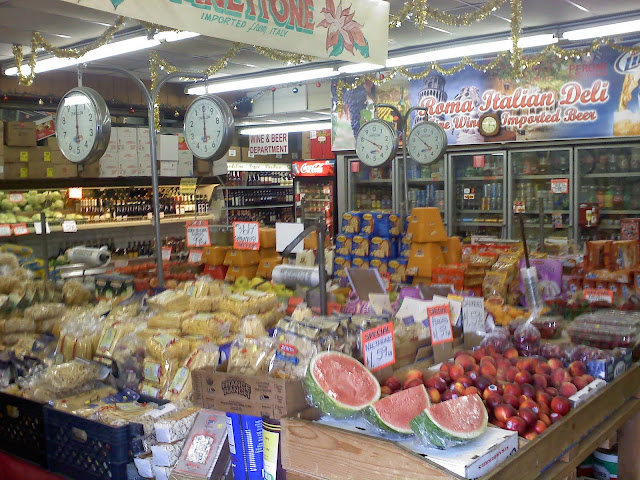 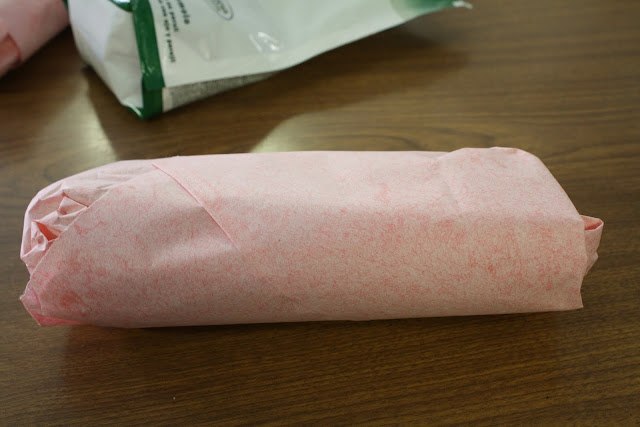 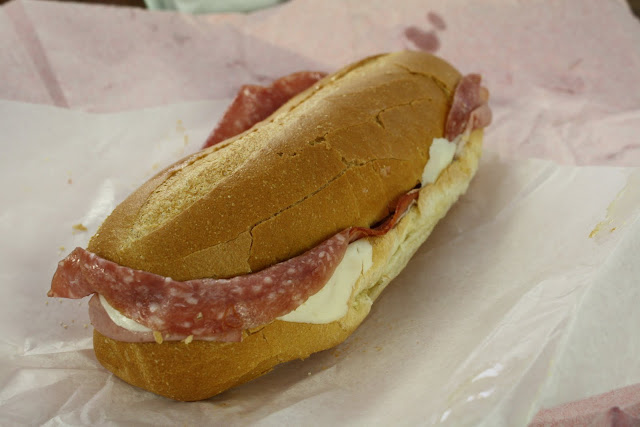 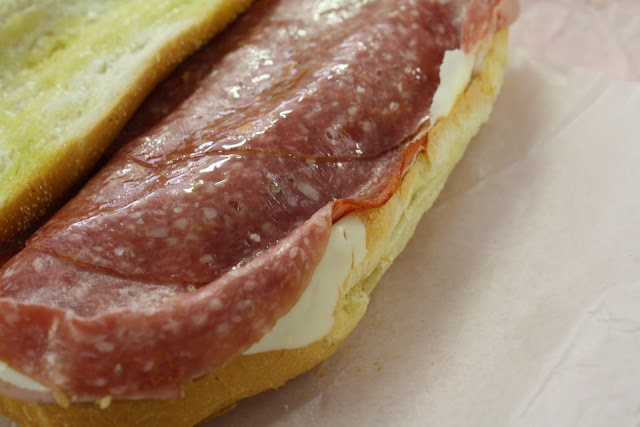 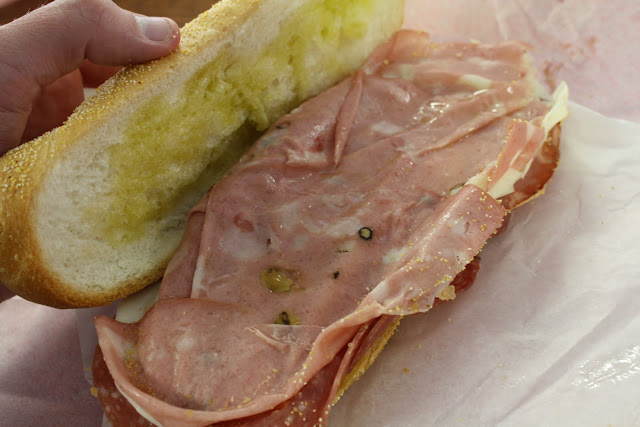 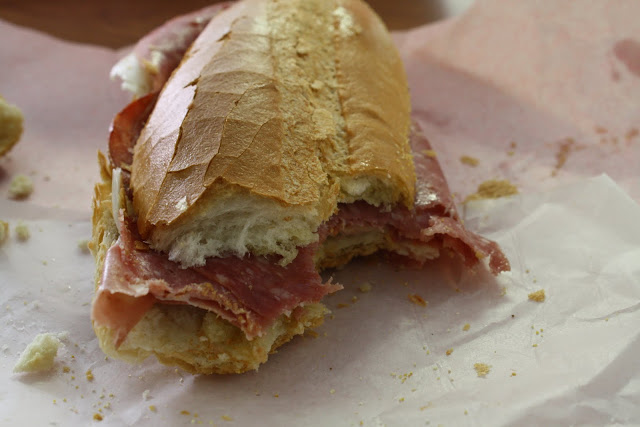 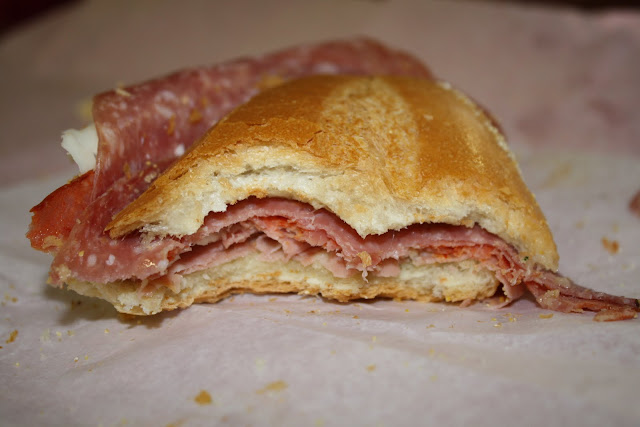 Not long ago I was helping my mom with something at her work and we turned our attention to what to do for lunch. I didn't feel like tacos, for once, and I wasn't in the mood for anything fried, either. I felt like a sandwich but I just couldn't decide what.

Then it hit me: Roma Italian Deli, up on the corner of Lake and Mountain, in the same shopping center as Pietro's, has been in Pasadena for more than 50 years. The place is a gem, a worn-in market filled with the aromas of cheese and produce, with a great little selection of imported wines tucked in to the corner of the shop. I have stopped in many times over the years to pick up some of their great frozen pizzas or cold cuts and pasta, but I have never had one of their famous sandwiches. That's what I decided to get.

I ran into my friend John while waiting in line at Roma; he was picking up some pancetta for a recipe he was making that evening. I told him that I was getting The Sandwich for the first time. "Aw yeah," he said, "they're pretty good."

When it was my turn I said to the man behind the counter "I'd like two sandwiches, please." The old man who was sitting down in the corner - the owner - quickly stood up and announced "I will make them."

He sliced the rolls and slicked them with more olive oil than was probably necessary, but they looked very pretty. Then he started layering on the meat: mortadella, capicola, salami, and Provolone cheese. That's it and there are no options. If you want lettuce or tomatoes or mayonnaise, you best go to Subway 1000 feet up Lake Ave.

Five minutes later I unwrapped the sandwich and photographed it. The bread was great: slightly crusty on the outside, soft and chewy inside. The sandwich tasted like a wonderful cold cuts tray. It was slightly fatty, incredibly salty, and completely delicious. I needed at least two pints of water to wash away the saltiness, but it was well worth it. Would I have liked it with some lettuce and perhaps pepperoncini? Probably. But I respect the sandwich being made the way it is.

It was a very good sandwich, though I would probably pull up short of calling it great. But there is an undeniable charm to it: the dearth of condiments, the way the man behind the counter makes it for you then wraps it in butcher paper, the familiarity of the flavors both individually and melded together. I will certainly return for more of these.
Posted by JustinM at 11:08 AM

Yep, that about sums it up! I enjoyed it, and I love the old charm of the place, but it isn't something I crave too often. But nice to know it is there.

I want that for breakfast.Really, I do.

Have you been to Bay Cities in Santa Monica and gotten the Godmother with the works? I feel like you'd be in heaven.

The sandwich itself is very tasty but I do not like Santa Monica and I hate the crowds at Bay Cities. I know some people say to order ahead but I tried that once and it made no difference.

My suggestion, should you ever be in the neighborhood, is to order online (via your computer or smart phone). They have a new pick-up area off to the side and is available in about 30 minutes after you order. The bread itself is quite good.