My friend Tim asked if I could come over and help him finish his keg of homebrew so that he could turn his attention to the next one. I said sure. As it turned out, Elizabeth was going out for a nice dinner in Hollywood with an old friend, so I picked up something for dinner: chicken cordon bleu pieces from Taylor's in Sierra Madre. I have had these twice before and they are fantastic. I asked Tracie if she wanted to join us, but she said she was not eating meat or drinking until Thursday. (You will see why on Friday.) 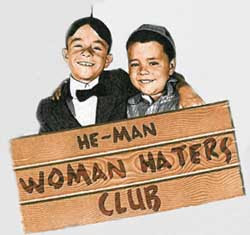 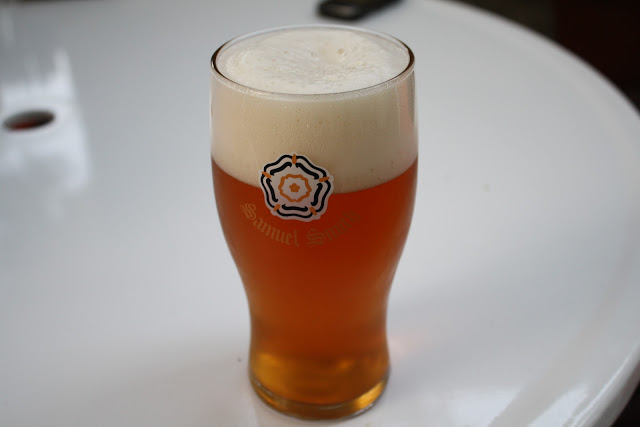 The beer was fantastic, as usual. But it only lasted less than two beers each before the keg blew. Bittersweet: that's what we were trying to do, but it really was the best beer I have had in 2011. I was hoping for just a little bit more. That's life. 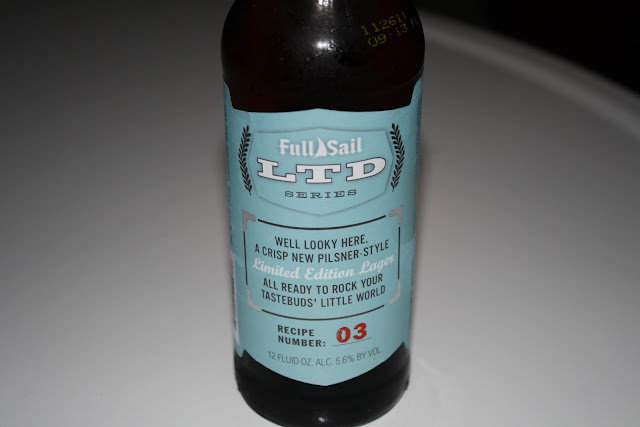 So we opened Full Sail's LTD. It was fine, though nothing special. I once spent one of the most enjoyable afternoons of my life at the Full Sail brewery in Hood River, Oregon, sampling all their beers and watching windsurfers out on the Columbia River. So I have a bit of perfection in mind whenever I try a Full Sail, and they always fail to live up to that, through no fault of their own. 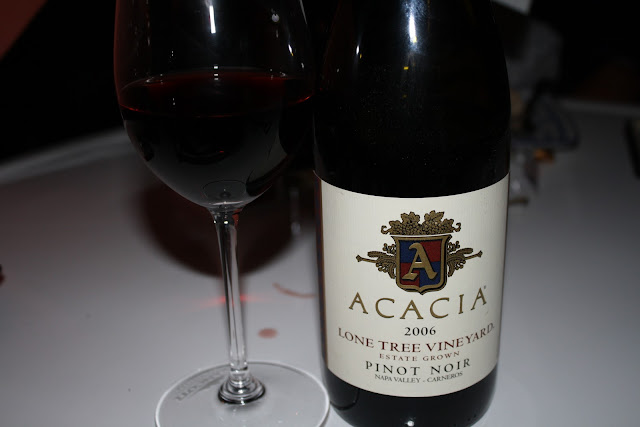 Tim decided we should have some Pinot to accompany the chicken. I didn't argue; after all, he is a professional. 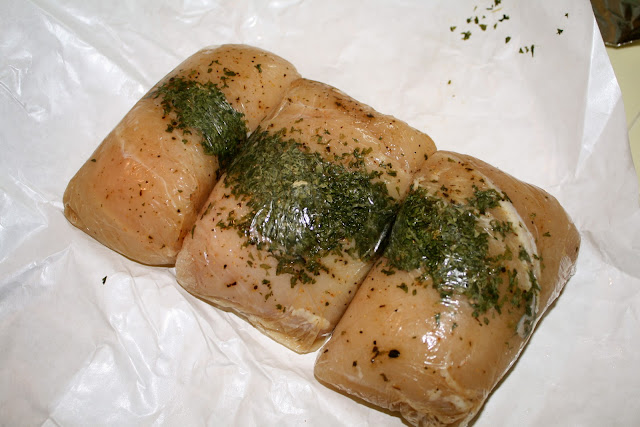 This is how the chicken breasts look when you purchase them: pounded thin, with ham and Swiss cheese stuffed in them, a drizzle of honey mustard, and some herbs sprinkled on top. The first time I made these, I did the traditional (at least I think it's traditional; I have no clue what I'm talking about most of the time) step of rolling the chicken in flour, egg wash and bread crumbs before baking it. But the whole time I was eating it, all I was thinking was: This is great. But why does it need the bread crumbs? The next time I omitted them. And it was every bit as good. Better, even. 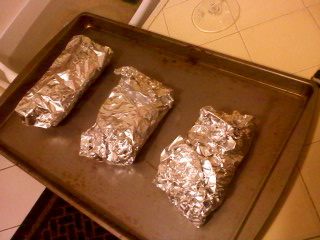 So this is all I do: preheat the oven to 350 degrees, wrap each piece of chicken in foil, and place it in the oven for 30 to 35 minutes. That's it. I can't even call it cooking. (If there had been women around I might have lied about how I slaved over it, pounding out the chicken, slicing the ham, making the sauce from scratch, etc. But there were no women around, obviously.) I took the above picture with my phone because I was too lazy to go outside and get the camera off the patio table. It's not a very good picture, but you get the idea what I'm doing here. 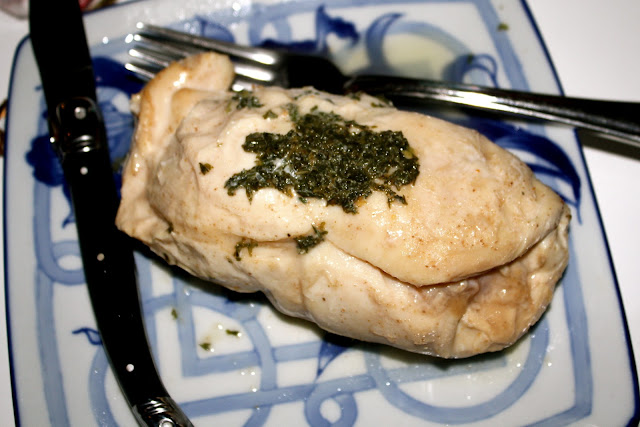 This is how the chicken appears when it comes out of the oven: juicy, perfuming the air with the scent of herbs, chicken and cheese. 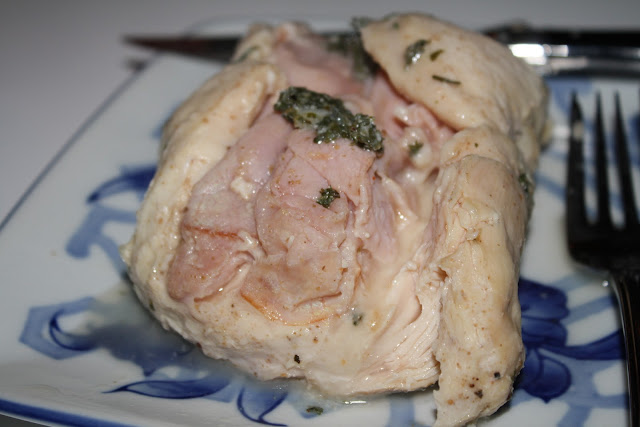 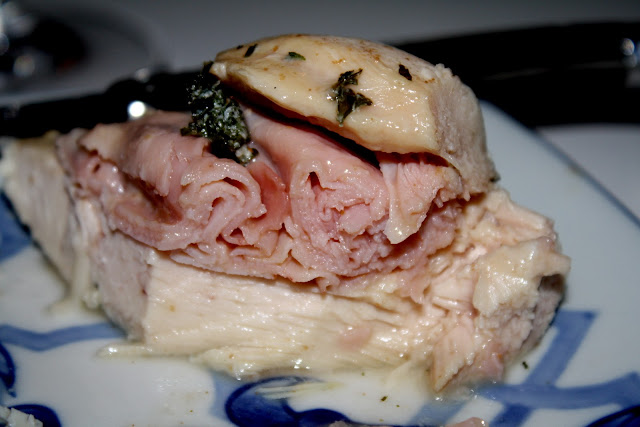 I have had chicken cordon bleu before where the chicken is tasty but the ham is nasty - tough and and salty, ruining the whole dish. But this ham is delicious: tender and complementary rather than distracting. And it all tasted good with the wine.
Posted by JustinM at 11:31 AM

Cool you went to Full Sail - I was just in Hood River for a bachlorette party (spent the weekend there biking around to wineries) we did go to Double Mtn - gotta check out Full Sail next go round. You actually make me want to eat a cordeon blue now. I bet it was great with a pinot. Curious about Friday??