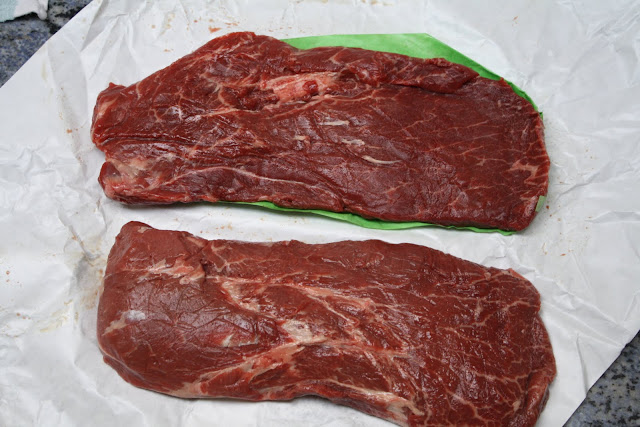 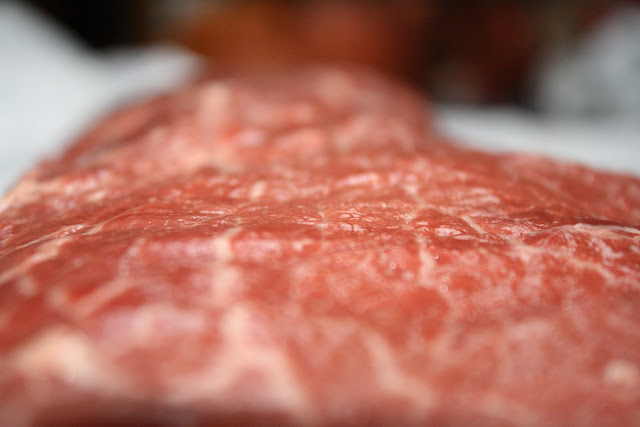 Elizabeth and I met my brother at my parents' house Friday night so he could help her with some things on her new iPhone. We decided to make dinner for ourselves and my parents. I got two of those fantastic flat iron steaks from Taylor's in Sierra Madre. 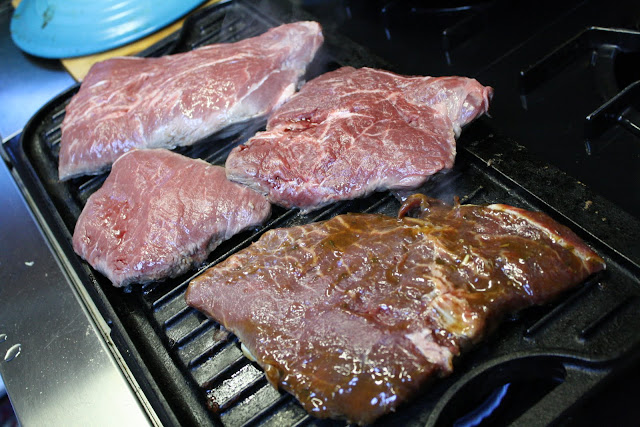 I cooked them on the indoor grill so I could watch baseball. You see that closest piece, how it's darker and looks like it's been sauced? That's because my brother cut a hunk of the steak and marinated it, as if it could possibly need any additional flavors. Ridiculous. 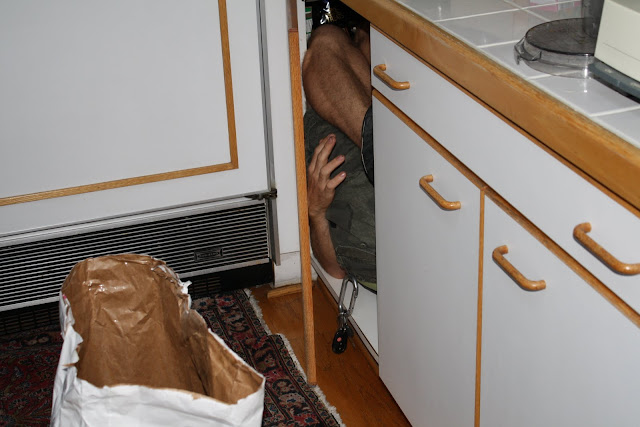 I made my brother get in the cabinet where my parents keep the dog food so that he could spend some quality time thinking about what he did wrong. 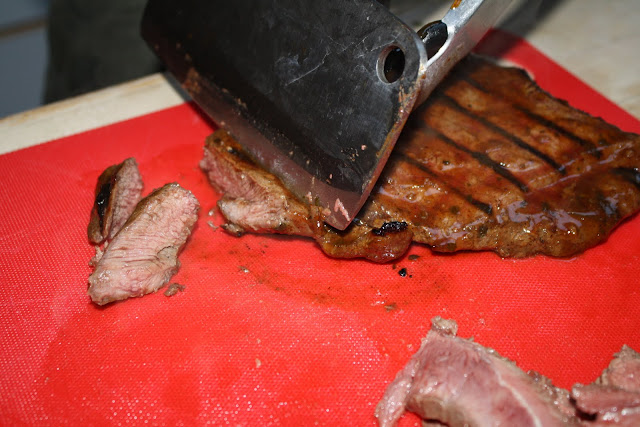 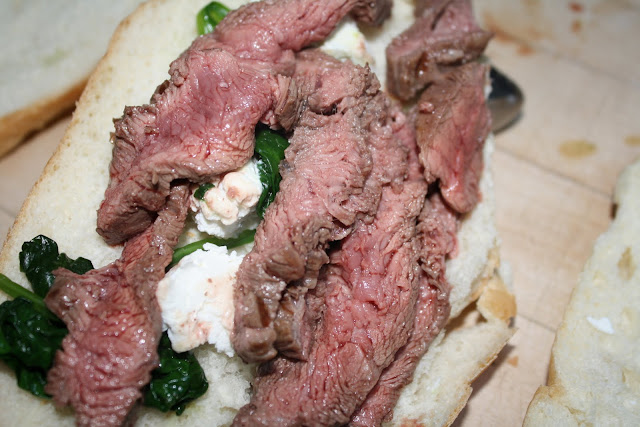 I layered the meat on rolls with goat cheese, caramelized onions, and sauteed spinach, and cooked them on the panini press. 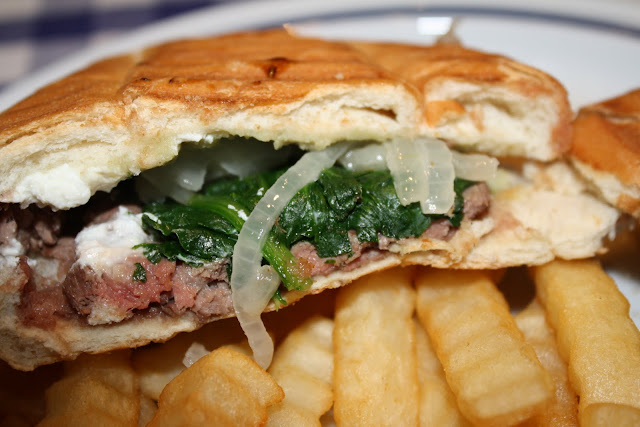 They turned out fantastic. 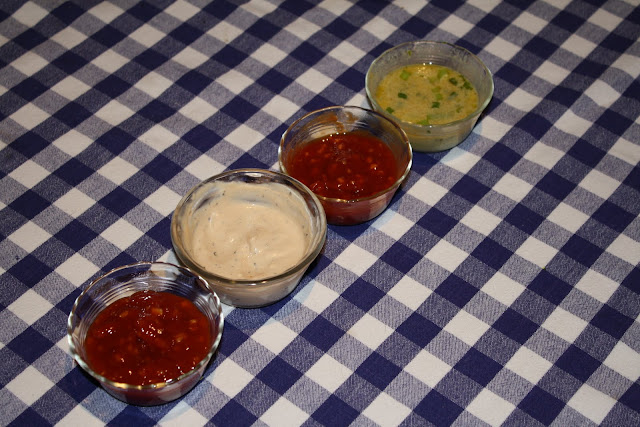 To accompany the french fries - nothing special about them, just frozen, crinkle-cut fries - I made four sauces: ketchup with garlic and a touch of Worcestershire sauce, a cracked peppercorn A.1. aioli, a ginger and lemon ketchup, and a mustard and green onion vinaigrette. All were good, though my favorite was the ginger/lemon ketchup. 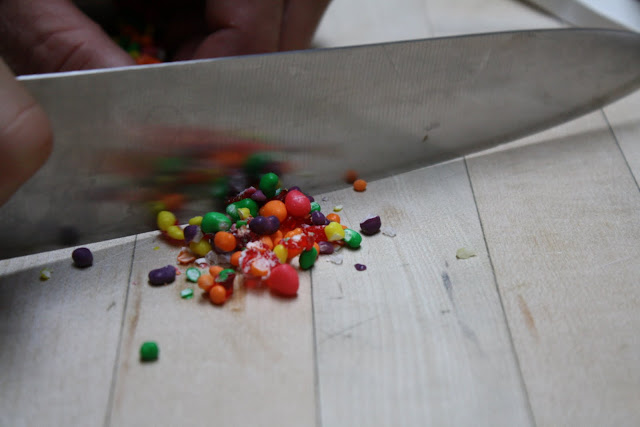 I made a Funfetti cake for dessert. My brother decided to chop up some Nerds to top the cake. I said that sounded like a good idea. 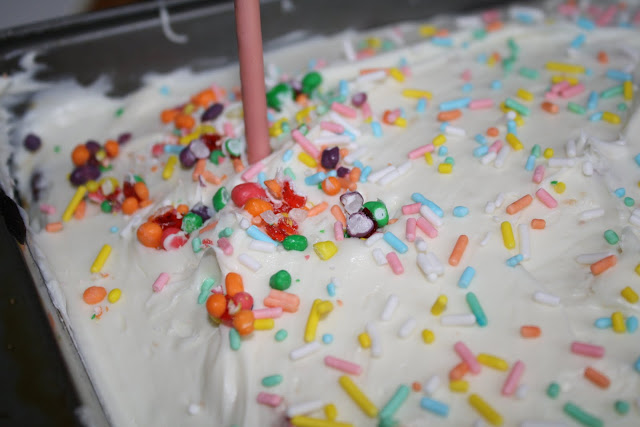 Just in case it didn't turn out well, we only put the Nerds in a corner of the cake. And I stuck in a piece of strawberry pocky because... well, because I could. 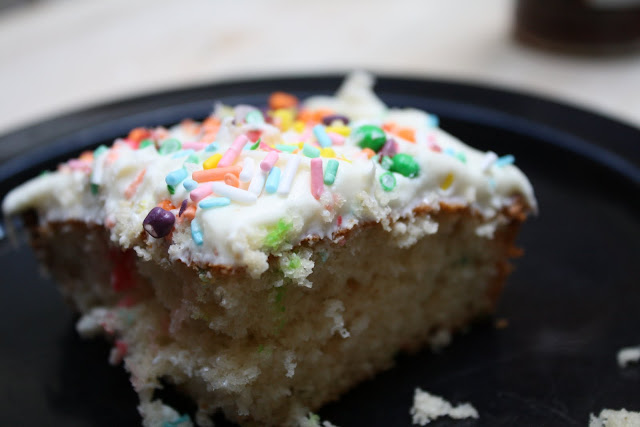 It turns out, Nerds on Funfetti cake is an awesome combination. It provides a good crunch, something that I had never considered before but definitely benefits the cake. Next time I'm going to try... well, you'll see
Posted by JustinM at 1:51 AM

Thanks, Charlotte. The bread is the same soft rolls from Baja Ranch Market that I used last week for the pulled chicken sandwiches. In the panini press it gets all crispy and it is the perfect foil for the soft meat and gooey goat cheese.

If the damn sandwich were so darn appealing I'd cause a stir about filial abuse...GREG

Doesn't filial mean relating to one's child? I have no idea, but I've never heard it used to describe the way siblings interact.

Fraternal abuse, then. But I suspect Travis enjoyed that, so it's not really abuse.