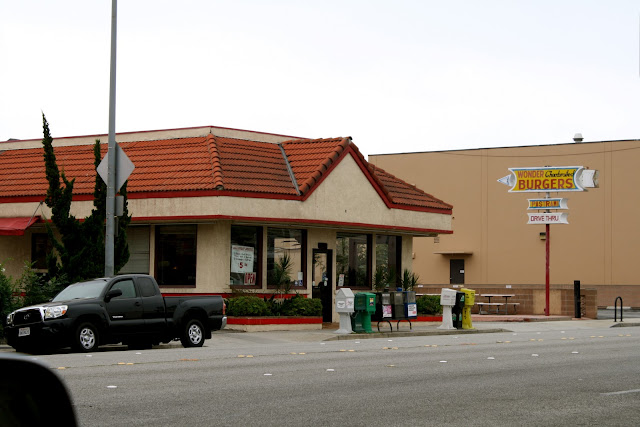 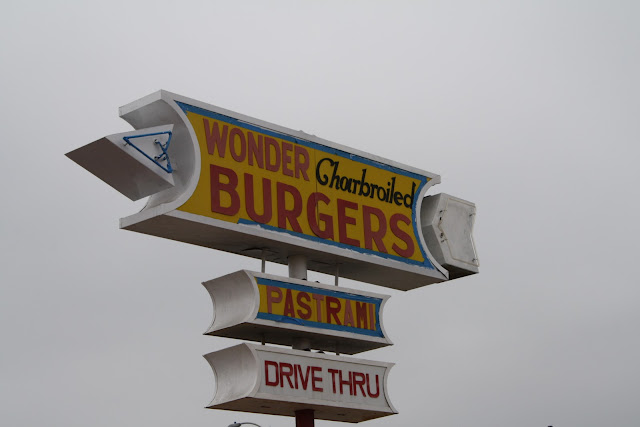 Pasadena is full of place like Wonder Burgers: unimpressive-looking burger shacks serving slight variations on the same menu, a few indoor seats, limited parking. Some of them are quite good: Connal's, Top's, Wolfe Burgers. Some of them are not: Lucky Boy, Everest. I've noticed Wonder Burgers - on Foothill Blvd in the eastern part of town - for years, but never stopped by. Never even considered it, actually: half a mile down the street is In-N-Out. Every time I was in the area and wanting a burger, that's where I headed.

Yesterday, however, Elizabeth and I were out doing some errands and both hungry. We felt like burgers and we were heading towards that part of town. I decided to finally give Wonder Burgers a try. 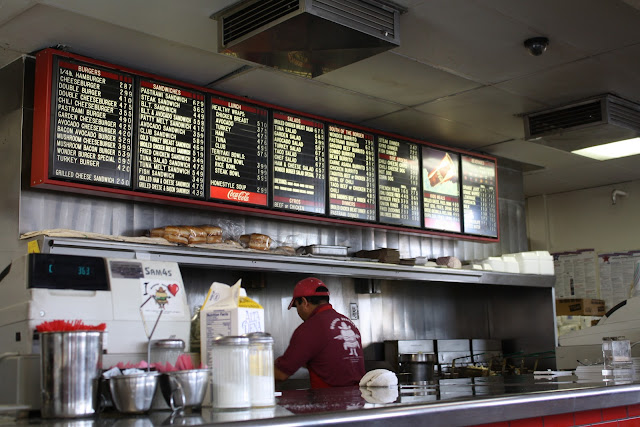 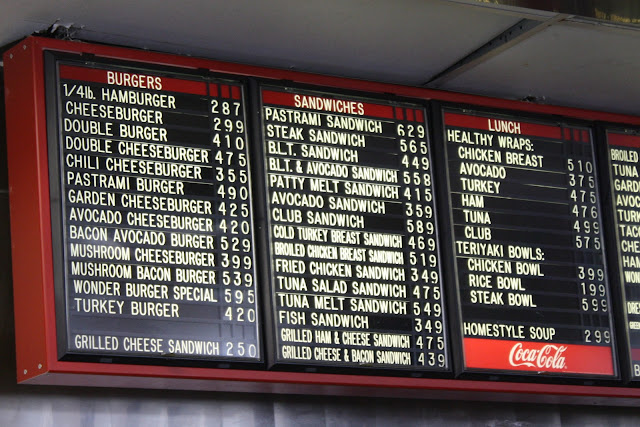 The woman behind the counter was quite friendly. I don't know if she is an owner or if she just works there all the time - but everyone knew her. A car in the drive-through asked about her mom; a customer greeted her by name when entering; another customer inquired about a burn she had recently suffered.

"Well, our most popular thing is the Wonder Burger, as long as you like mushrooms and avocado."

I ended up ordering the pastrami burger. I asked if they offered any kind of combo and was told "Not with the pastrami burger." So I suggested to Elizabeth that we share some fries. She said sure and ordered a patty melt. We both got drinks, bringing the grand total to sixteen bucks. Not bad at all. 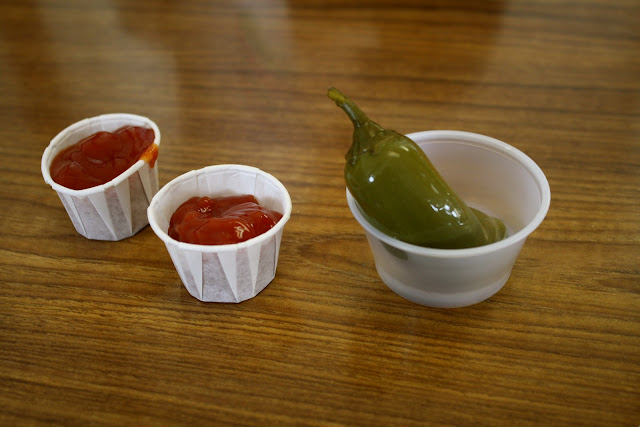 While our food was on the grill - it only took a few minutes - I snagged some ketchup and a jalapeno from the counter. 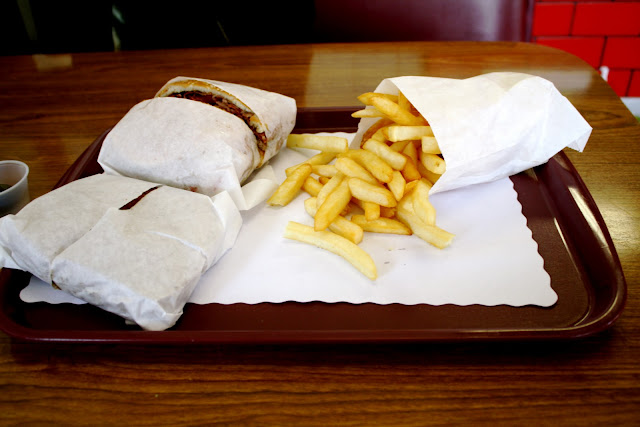 I had guessed that a large order of fries would be more than enough for the two of us to share. I was correct, the fries spilling out of the bag and onto our tray. 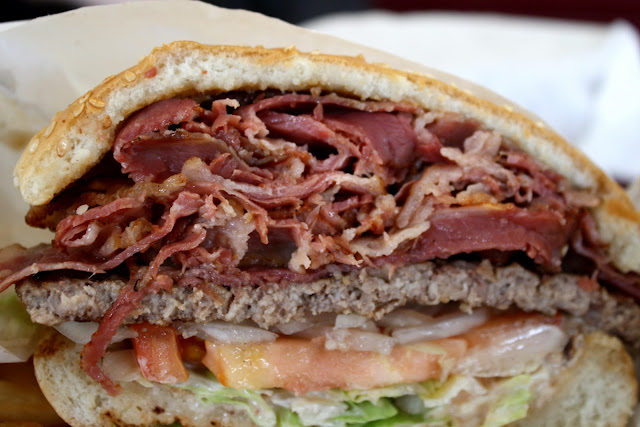 My pastrami burger was wonderful. There was nothing much to the thin patty - not that I expected there to be - but the pastrami was plentiful, peppery, and not full of fat. This was much better than the pastrami burger at The Hat, and, at $4.90, two and a half dollars cheaper. 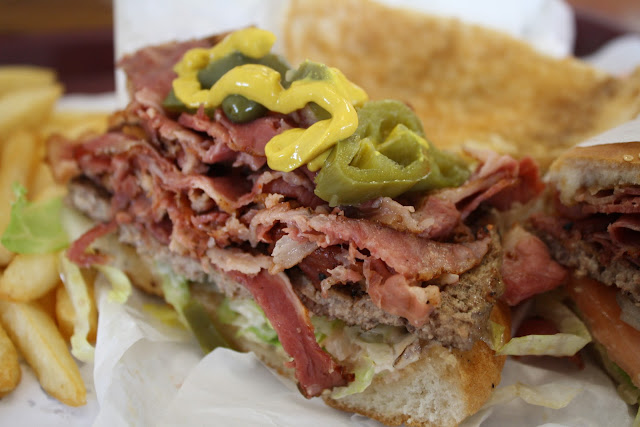 But just because something is wonderful doesn't mean it can't be made just a little bit better, right? With that in mind I removed the tomatoes, sliced off a few pieces of jalapeno and added them, and squirted some mustard on top. It was outstanding. I only ate half of it before I started to get full (of course I was shoveling fries into my face as well, more on that in a second) so I saved the rest, which will be my breakfast shortly. Like, as soon as I publish this post. 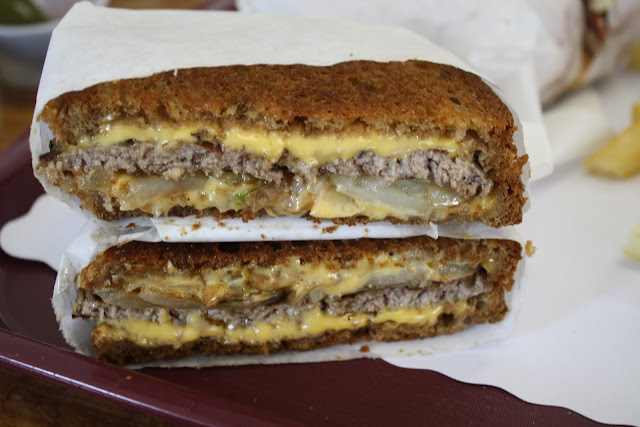 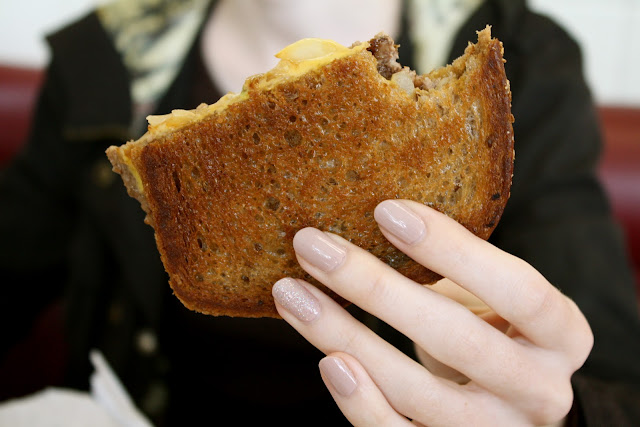 But the real star of the show was the patty melt. Sure, I liked the pastrami burger a lot. But I've had better. I don't think I've ever tasted a better patty melt. Elizabeth, my diner-loving East-Coaster, agreed with me that it was one of the best patty melts of her patty-melt-saturated life.

The patty, onions and cheese all melded together perfectly inside the bread, which was crispy but not at all greasy. Anyone who has eaten patty melts even just a handful of times knows the frustration of a melt where grease and butter runs down your fingers and before you get through half the sandwich it falls apart faster than the Angels bullpen. This sandwich stayed intact the whole time.

The woman asked how we were enjoying our food.

"I can't believe this isn't your most popular item," I said, indicating the patty melt.

"Well, it is among people who know what good patty melts are supposed to taste like," she answered.

I admired her confidence. It was well-deserved. 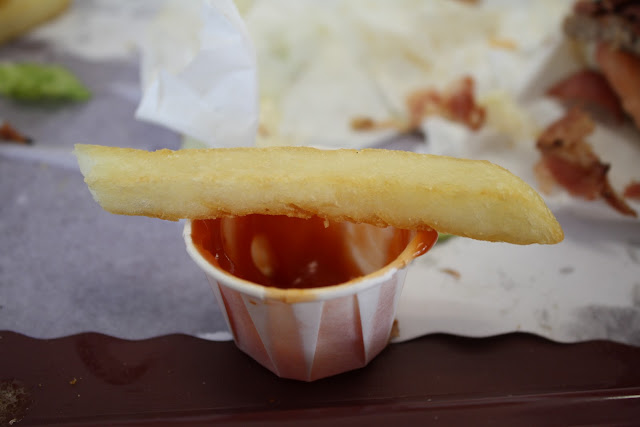 The fries were the exact kind you would expect in a place like this: standard, frozen things that you have seen one thousand times before. As long as they're cooked properly, they're fine though never great. These were good when we first got them, fresh out of the hot oil, but each bite as they cooled got progressively worse. We took half the bag home with us but those won't be part of my breakfast. They might well just get thrown out.

My first instinct to close this out is to write something along the lines of "I can't believe I've never been to Wonder Burgers before"... but that's not true. Of course I can believe it. Pasadena is full of burger joints I love and, let's be honest, Wonder Burgers doesn't look like much from the outside. I don't recall a single one of my friends ever mentioning the place. (In the evening I told some friends where I'd been. Tracie had never heard of it and Tyler's reaction was a more amusing "That place is still open?")

I'm not saying I've found a new favorite place - hell, I'm not even promising that I will ever return - but it was delicious, reasonably priced, and friendly. You can't do much better than that.
Posted by JustinM at 10:00 AM

Patty melts are a totally misunderstood delicacy, and people always get the proportions wrong. This looks outstanding. My mouth is literally watering!

That patty melt looks like toasty perfection. But the real star is Elizabeth - she should be a hand model!

I once stopped by wonder burger for a breakfast burrito and wasn't impressed. They are now back on the radar.

"I don't recall a single one of my friends ever mentioning the place"
I do recall asking if you'd been there... maybe I don't qualify for the friends part. :)

Fritos: I'm not sure I've ever used the word misunderstood to describe a food. But I like where you're going with this.

Nosh: She is always stealing my thunder!

Anon: You are also correct.

Zachary: I believe you. But I don't remember that. Of course you're my friend. And I'm totally not just saying that because your brother told me you're getting an outdoor pizza oven.

My friends and I used to joke that there is a very wealthy guy in Greece selling "The Secret to the American Dream" to people emigrating from Greece to the United States. His package includes a fast food restaurant operating plan, and the standard menu we have all come to love, seen at Wonder Burgers, Pharos Burgers, Lucky Boy (I know that this is not your favorite), Hi-Life Burger, Tops, Everest, Cyprus Best, etc.

Of all those, my least favorite was Cyprus Best. I haven't been there since it's transformation to The Burger Shack, so I don't know if there are any new menu items, if it's new ownership, etc. Or maybe they just changed the name and nothing is different.

Been going to Wonder Burger for years. Pastrami still excellent!

That's good to hear. I actually haven't been back since that lunch five years ago.