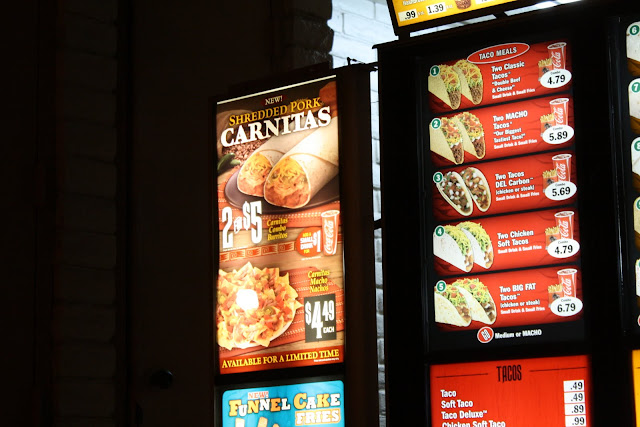 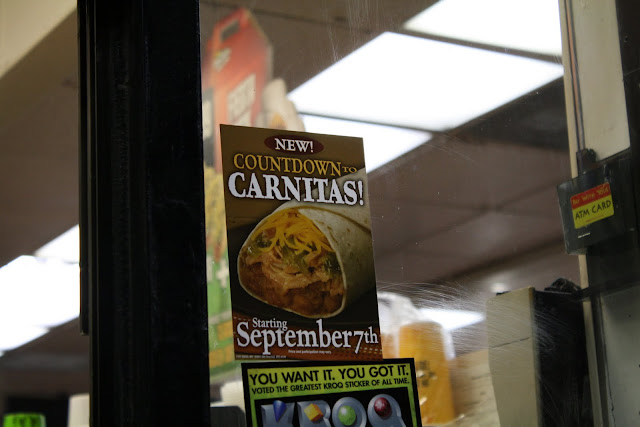 Still, when I heard that Del Taco would be releasing carnitas, my initial reaction was: That can't possibly work. Then I thought about it a little bit more. No, they probably would not replace my favorite taco truck in town - well, they probably wouldn't replace any taco truck in town, to be honest - but Del Taco came out with freaking delicious fried shrimp tacos. If they can do a great job frying seafood, there is no reason they can't make good carnitas.

In the middle of the Angels game last night - the Angels had only given up one hit but were still losing up until the bottom of the 8th - I decided to head up to Del Taco and try the carnitas. They are offered in three variations: nachos (with carnitas, cheese sauce, beans, tomatoes, sour cream, jalapenos and tortilla chips), a burrito (with pretty much the same ingredients and a green salsa), and tacos (with onions, cilantro and chile sauce). I ordered two of the latter.

I took them home and unwrapped them just as the Angels were pulling ahead. 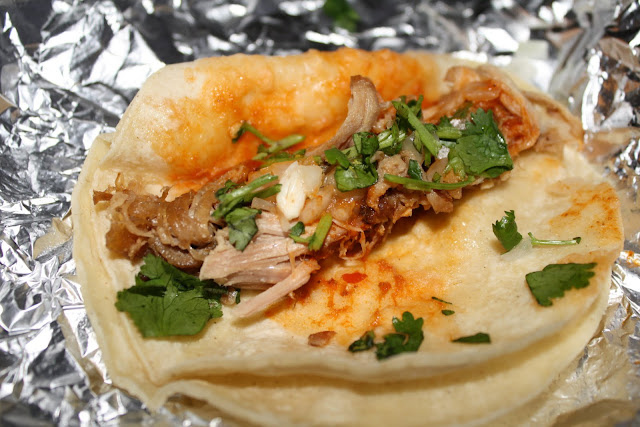 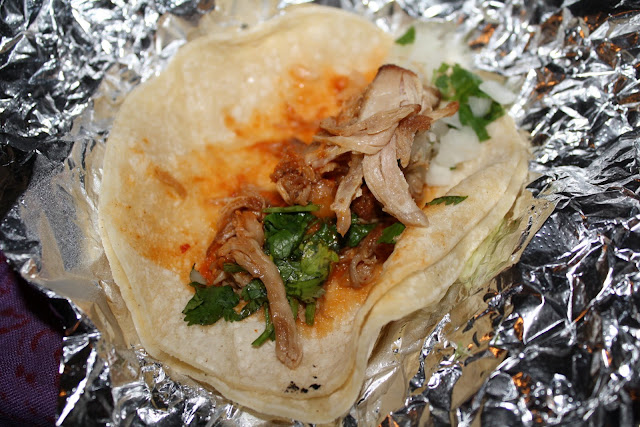 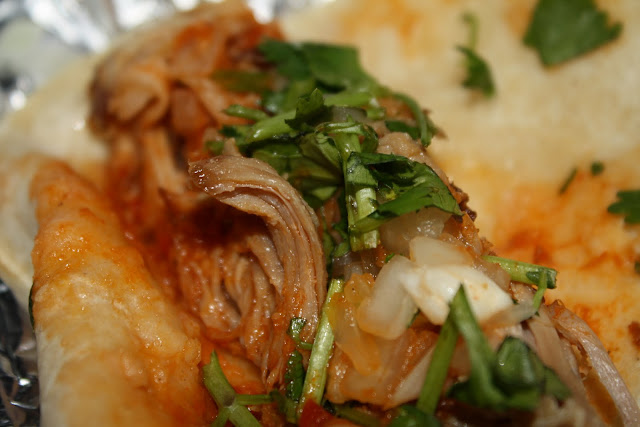 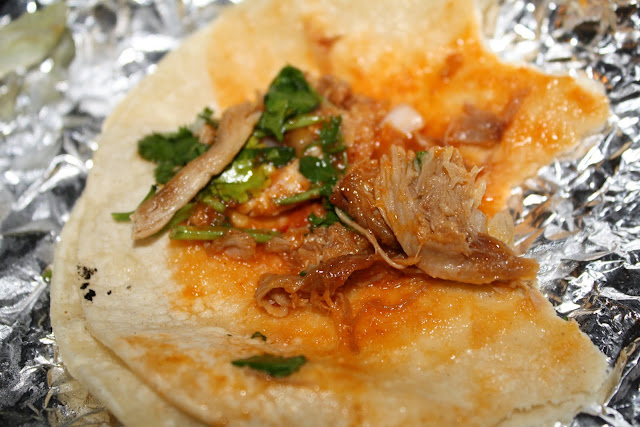 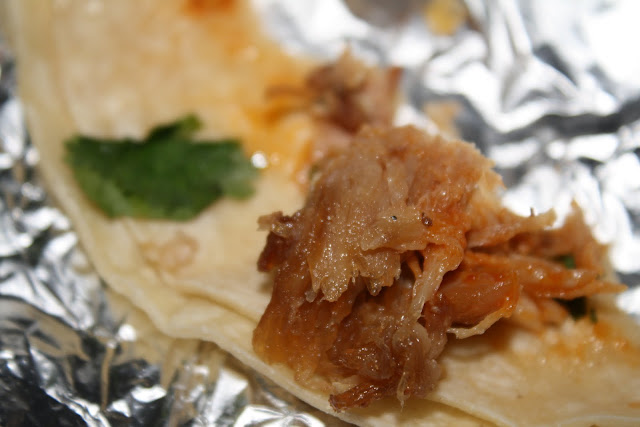 Let's start with the first way. It would be ridiculous for me to compare these to the carnitas at taco restaurants around town. Carnitas is traditionally cooked in a copper pot with lard for hours, or, alternatively, braised or slow-roasted for up to half a day. There's no way that's going on at Del Taco. So this can't hold a candle to places I love, like El Taquito Mexicano or La Estrella. But I wouldn't expect it to.

Now the second way, judging it as a fast food item: the pork was surprisingly good. It was tender and the green sauce had just enough kick to it. (I gave a bite to Elizabeth, who likes carnitas more than I do, and her response was "That's pretty good!") But there was very little pork in the tacos. Two bites was all it took to finish them. At $1.59 each, I would have hoped for a little more.

So that leaves me with a bit of a contradictory conclusion: the tacos were fine, and better than I ever would have expected them to be. But there is no way I will ever get them again. In the time it took me to drive to Del Taco, I could drive to a taco truck in Highland Park. Hell, I could walk to the El Taquito taco truck on Fair Oaks, where the tacos are better, more filling, and cheaper ($1.25 each). If you live anywhere with access to places like this, there is no reason to try Del Taco's carnitas. But if you don't, or even if you're just curious, you could certainly do a lot worse than what I just ate.
Posted by JustinM at 10:03 AM