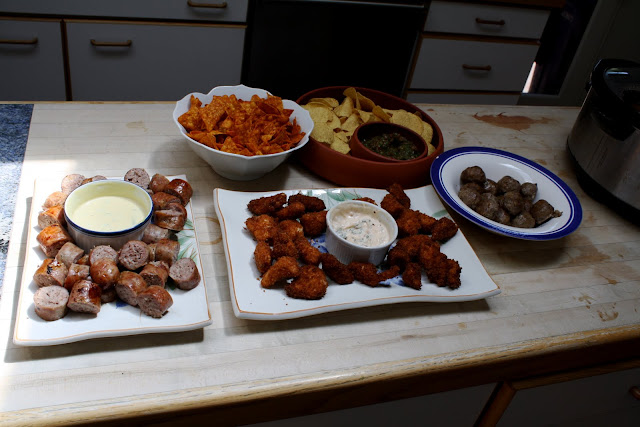 Baseball, you may not be surprised to learn, is my favorite sport. I won't go into all the reasons; it would take thousands of words. On the other hand, there is no sport I enjoy playing more than basketball, and I have spent more time playing that than every other sport combined, probably by a factor of ten. But when it comes down to it, there is no sport I enjoy watching more than college football.

Yesterday, I went over to my parents' house to watch some games - specifically the UCLA-Houston game - with my dad. That's as good a reason as any to break out the unhealthy snacks, right? 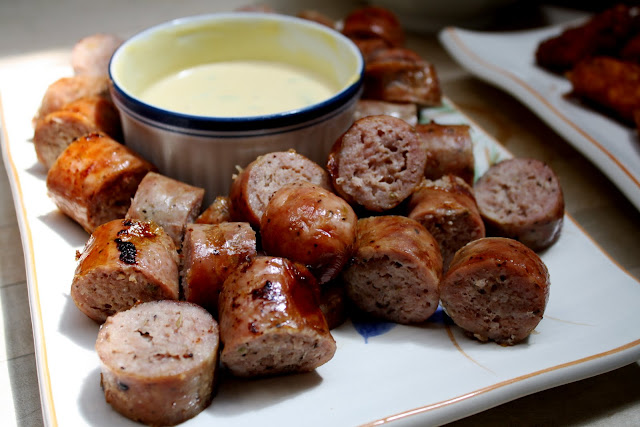 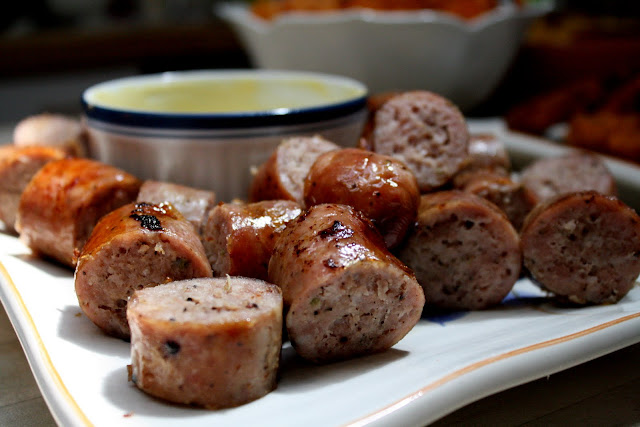 I grilled some Sweet Italian sausages from Taylor's, then mixed up a honey mustard sauce: mayo, mustard, honey, and green onion. Is there anything that goes better with football than grilled sausage? 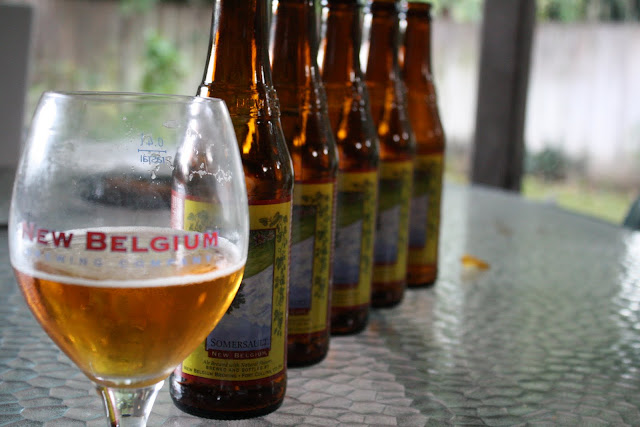 Well, okay, I guess one thing. 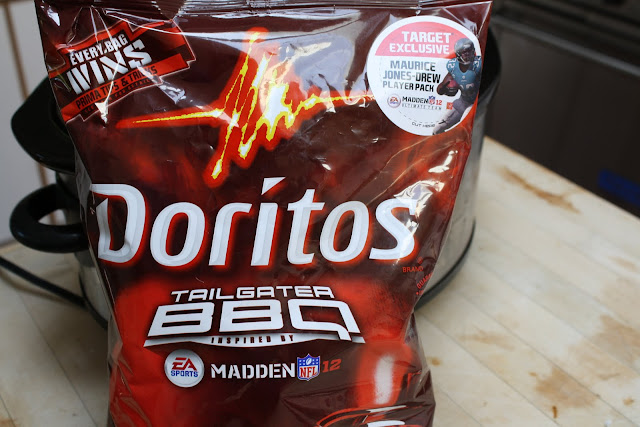 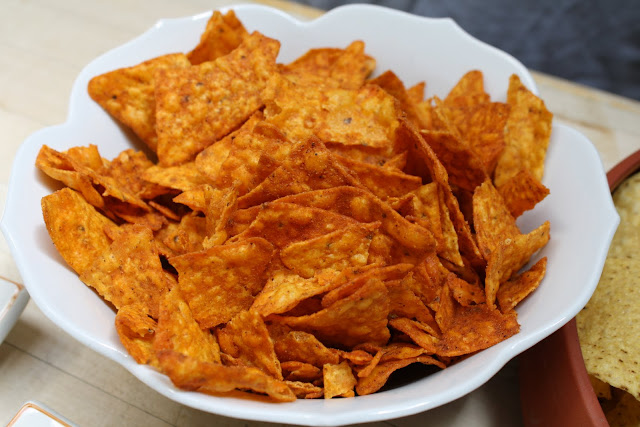 Tailgater Doritos are one of the most addicting chips I have ever tasted. It seems like they're only available for a brief period in the late-summer (they are "inspired by Madden" so perhaps they are released each year at the same time as the newest version of Madden NFL). 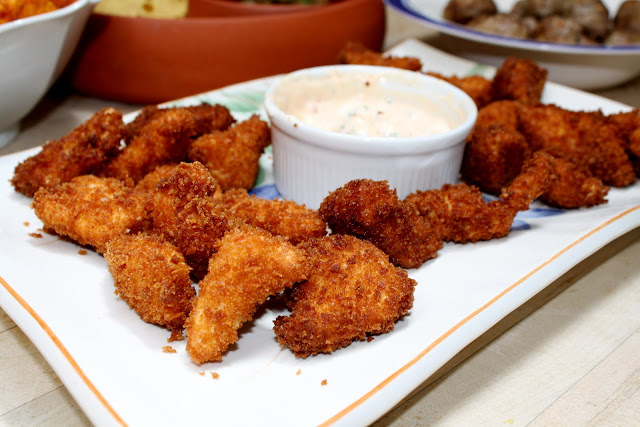 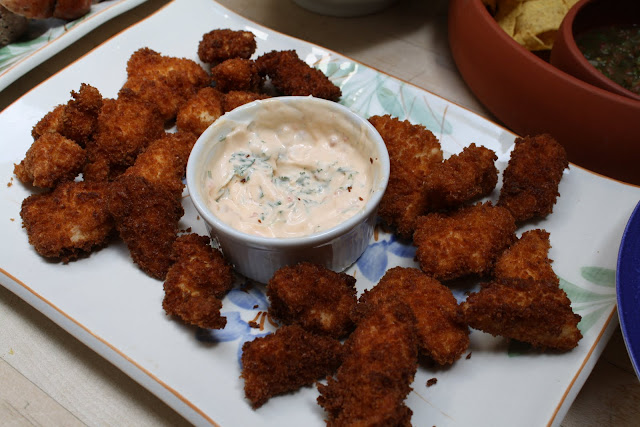 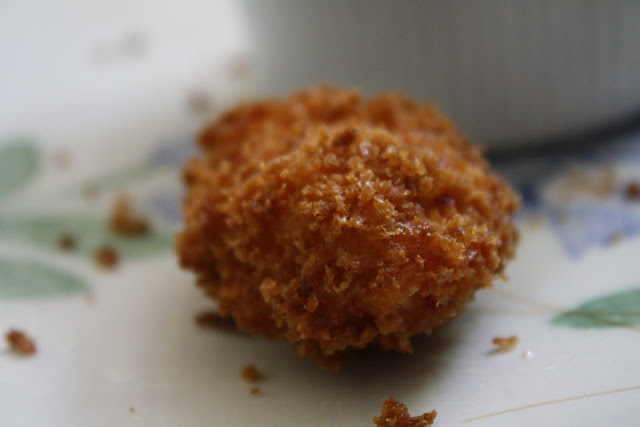 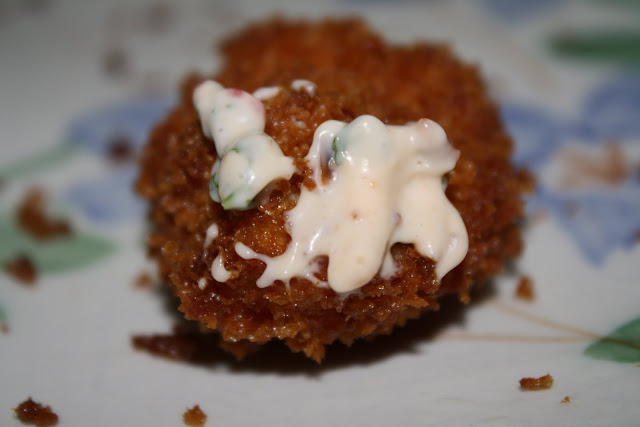 I love popcorn chicken. When it's good, there is almost nothing better. Of course, when it's bad - and almost all versions you can buy at the grocery store are bad - it is terrible: tough, not-crispy little nuggets. So, I decided to make some from scratch to my own specifications.

I diced up a couple of breasts of chicken into pieces that I felt would last two bites, and rolled them in flour. Next I dragged them through an egg wash, the rolled them in Panko bread crumbs. They fried in a pot of 350-degree oil, taking less than four minutes for each batch.

They were fantastic: crispy and juicy, the exact opposite of any store-bought popcorn chicken. I whipped up a sauce on the side - mayo, Sriracha and cilantro - that went perfectly with the chicken. Of all the things I made yesterday, these were the only ones that completely disappeared. 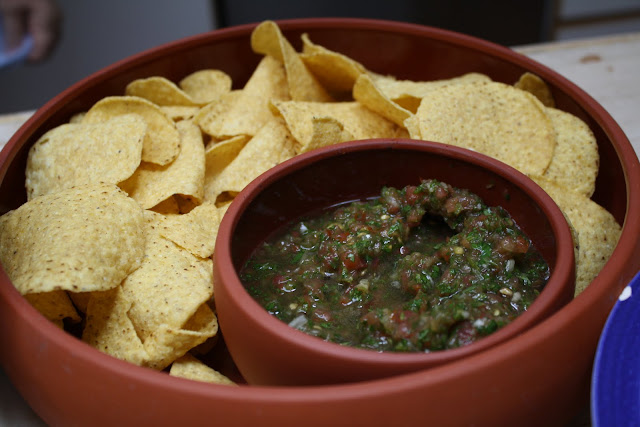 My mom made a salsa with tomatoes from her garden, cilantro, and green onions. It wasn't nearly hot enough for me, even when she added a few drops of Tabasco, but it was still tasty and as fresh as salsa can be. 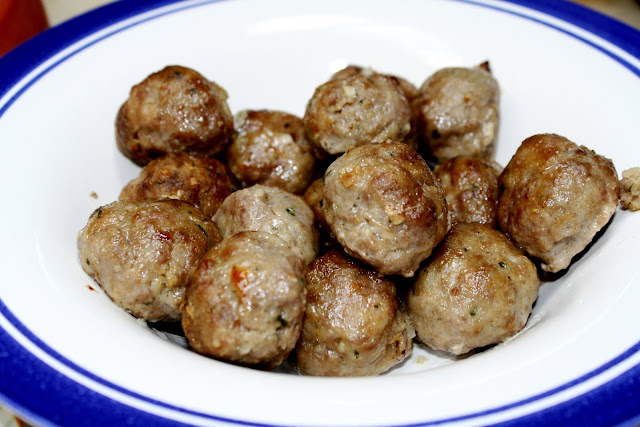 I also made my beef-and-pork meatballs. Often I will add a barbecue sauce, and usually some Parmesan cheese and chives, but I figured there were already enough flavors from the sauces I made and the salsa, so I just left these alone and let the meatball flavor shine through. It was great as is.

UCLA lost, but what else is new? For several years now the highlight of watching their games has been the food I make during the games.
Posted by JustinM at 1:19 PM

that popcorn chicken looks yummy. ima have to try those doritos!