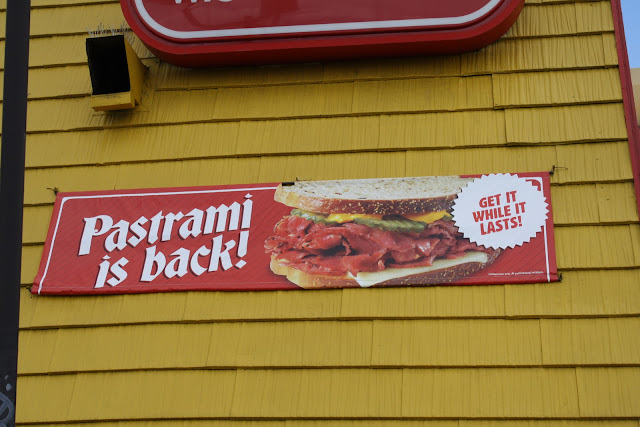 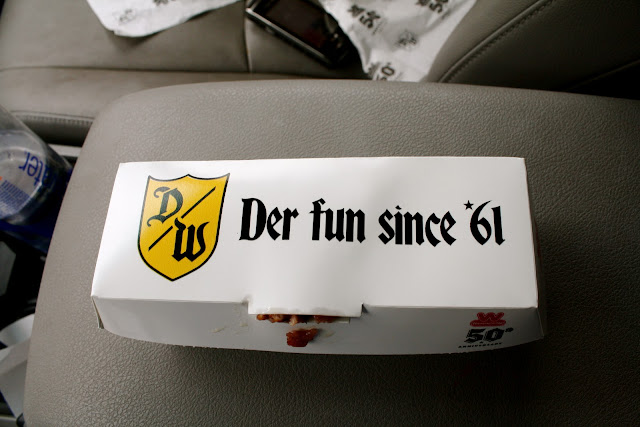 "Pastrami is back!" announced the sign at Wienerschnitzel. The only reaction this prompted in me was to say "I didn't know it ever left." But I wasn't going to try it. The last three things I have tried there - the Bacon-Wrapped Street Dog, the Bacon Ranch Chili Cheese Fries, and the Sea Dog - were not good, the latter being perhaps the most foul smelling food I have ever ordered.

But the other day I was out doing some errands and I had not yet had lunch. It was getting late in the afternoon and I had dinner plans, so I didn't want a big meal. It was the last day of summer; the temperature gauge in the car read 95 degrees at 3 PM. Why not bid farewell to summer with that most summery of foods, a hot dog? There are four pastrami options at Wienerschnitzel: a pastrami sandwich, pastrami in a bun, an original pastrami dog, and the Angus pastrami dog in a pretzel bun. I ordered the last one.

There were four women inside the hut and no customers; as soon as I placed my order they all sprung into action. I had my hot dog in less than one minute and I took it to the car: not only was it hot, it was humid, and I wanted to use the AC. (And, to be honest, continue the masochistic relationship I have with the Angels this season, allowing myself the slightest hope that they still had a shot at the postseason.) 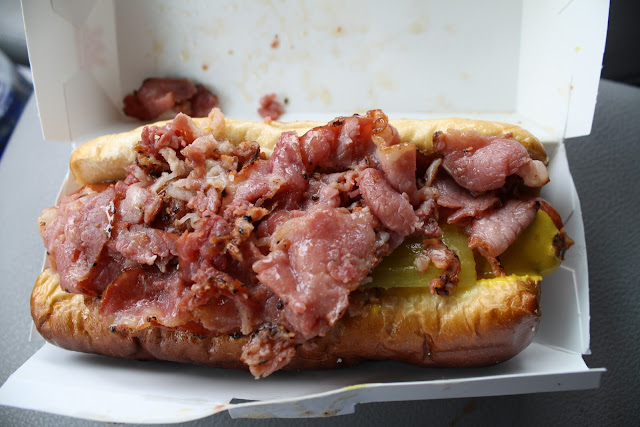 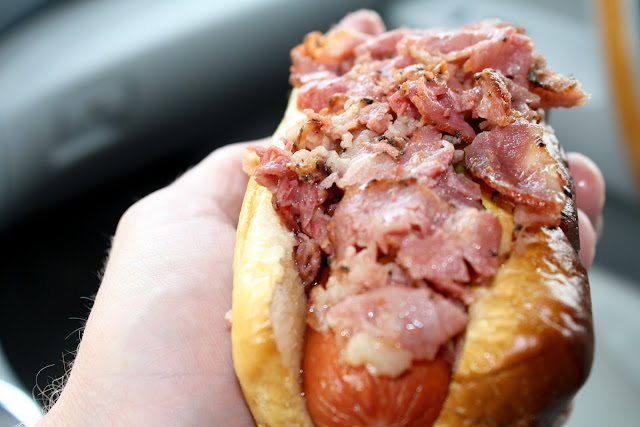 It's not the most attractive hot dog you'll ever see. The pastrami was the thin, fatty stuff that I usually don't like, though receiving this kind of a pastrami on top of a $3 hot dog is not nearly as aggravating as getting it in a $10 sandwich. As is the norm at Wienerschnitzel, the pickles and mustard were neon-colored. 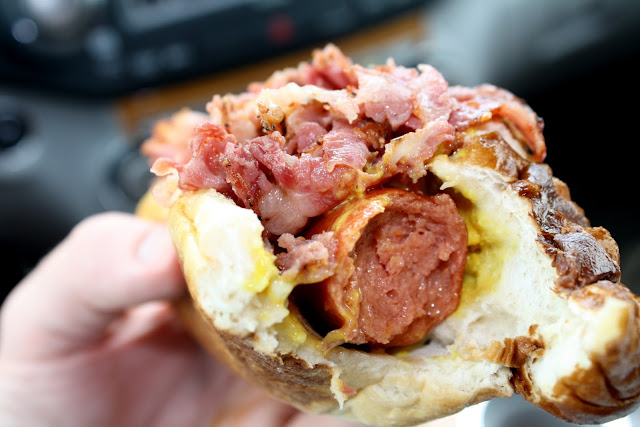 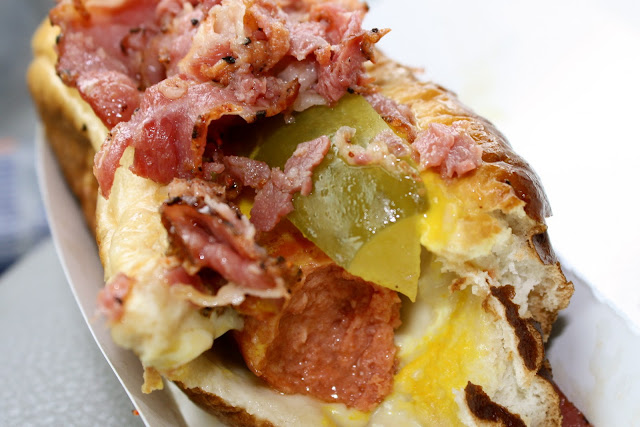 It wasn't great, but it wasn't bad. The Angus wiener is the same one I have always enjoyed, and the pretzel bun was a nice change of pace - it was a good choice for the thick wiener. My favorite part were the pickle spears, a much better choice than diced pickles would have been. My second-least favorite part was the thin cheese, so thin that it melted into almost nothing.

My least favorite part, though, was the pastrami. As I mentioned earlier, I wasn't expecting much. And I didn't receive much: it was chewy, rubbery junk. There may have only been two edible bites of the pastrami.

This dog could have been really good, but unfortunately it wasn't. I really like Wienerschnitzel's wieners... just not most of the toppings they choose to use. Of course, I'll still try the next one they come up with.
Posted by JustinM at 10:00 AM