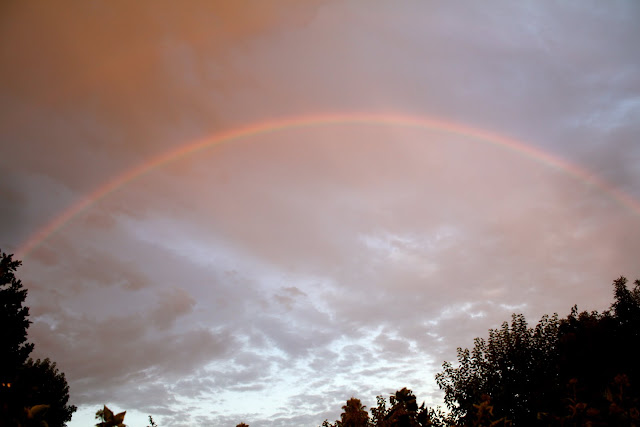 We were having a beer outside on Sunday evening in the humid air. "Man, I hope it rains," I said. "I love summer rain but we hardly ever get any." A few minutes later I felt a drop on my head, then several drops, then the rain started coming down steadily. A rainbow appeared, one of the prettiest I have ever seen, with both ends visible.

We ran through a list of things for dinner. Nothing either of us suggested sounded particularly exciting. Finally I suggested chili fries and Elizabeth's eyes lit up. We headed to Tops, witnessing one of the best lightning storms I have ever seen in Pasadena, bolts touching down and dancing on the ground for half a second. I couldn't get any pictures while driving, though. 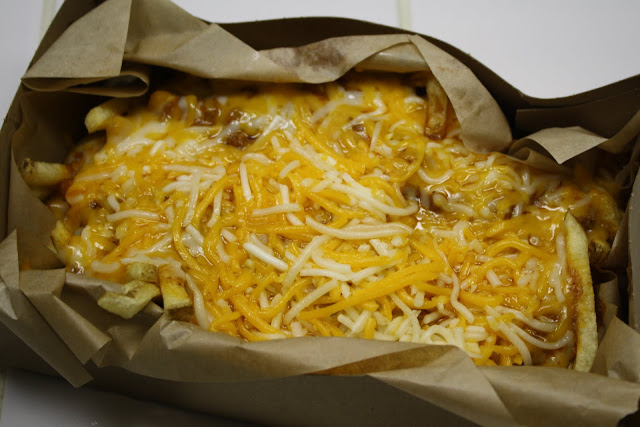 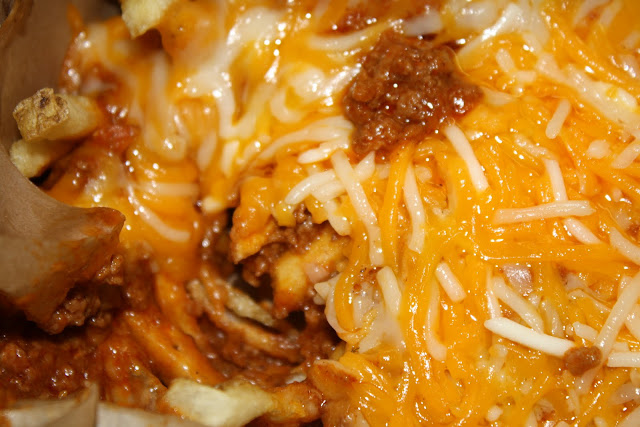 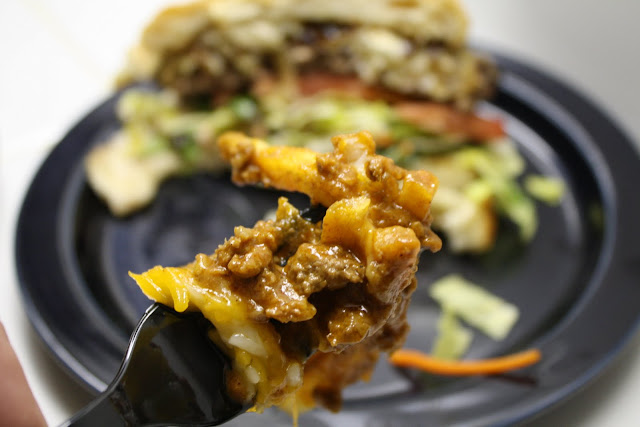 I've written before of the interesting phenomenon with Tops: their fries are lousy, but topped with their chili and cheese, they become some of my favorite fries in town. It's hard to explain. But it provided and excellent meal. This is their "small" order, a shoebox-sized brick of potato, meat and cheese that is almost impossible to finish. (The only time I've ever seen it done, it was being split amongst four people.) 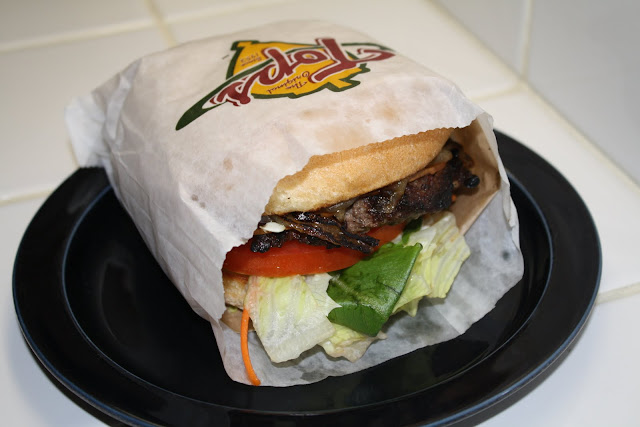 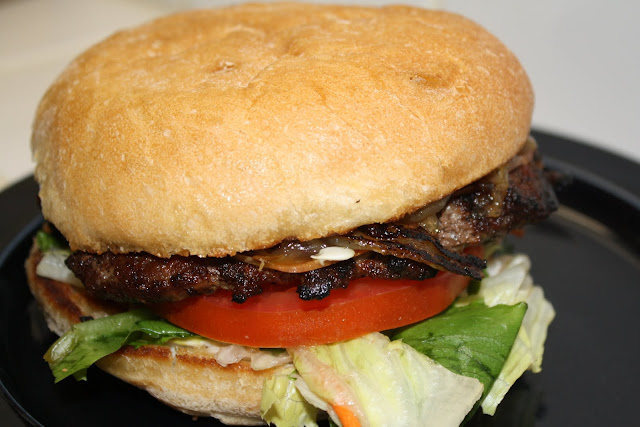 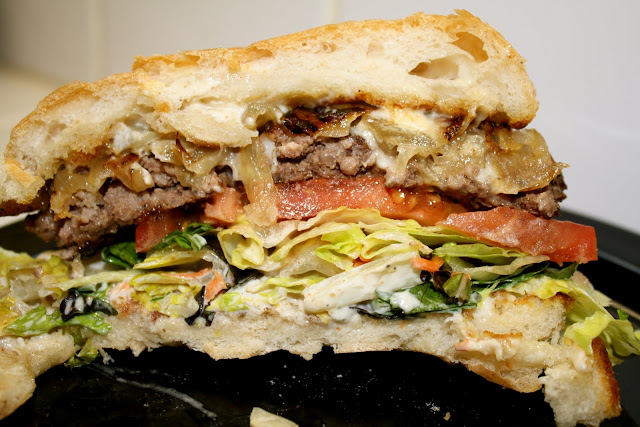 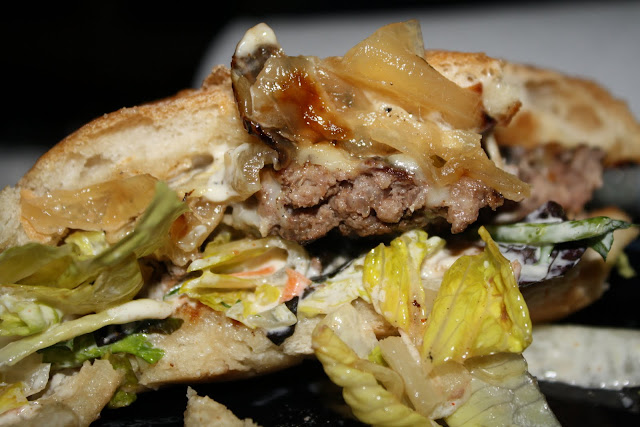 We decided to split a "Kobe Bistro Burger." The American Kobe-style beef comes on a ciabatta bun with tomato, smoked mozzarella, caramelized onions, mixed green and herb mayonnaise. It's not really accurate to call this a fast food burger: it costs $6.99, it takes about ten minutes to prepare - the guy in the drive-through behind us ordered a pastrami sandwich and chili fries and his food was ready at least three minutes before our food was - and it tastes like a burger you would be served at a restaurant. I wish there was just a little more beef to it - the patty tends to get lost in the gooey, sweet flavors of the onions and mayo. But it is still delicious every time.

As we were finishing our dinner it started thundering and pouring down rain. It only lasted about ten minutes, but it was the hardest summer rain I can ever remember in Pasadena.
Posted by JustinM at 11:07 AM

Once again - you have great french fry photos. Had to pinterest those chili fries!

I know you've written about this burger once (maybe twice?) before but I still can't believe how good it looks for fast food.

The burger is really good. So are the chili cheese fries!

Double rainbow. What does it mean?

What a great storm that was! I spent a lot of time outside watching the rainbows move across the sky.

And thank you for suggesting some new places for me to eat in Pasadena!