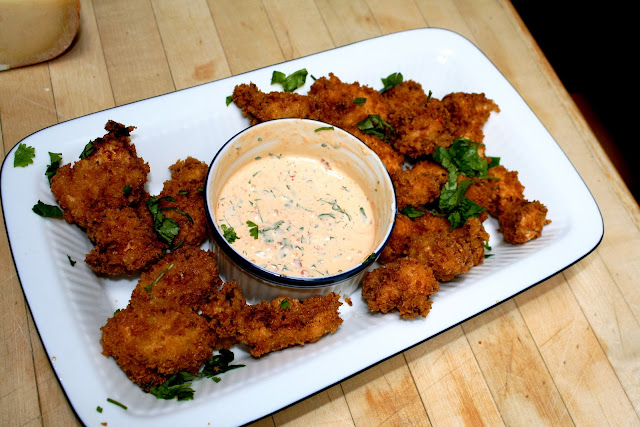 Two weeks ago I offered my take on popcorn chicken during a day of watching football. I was asked to make them again and I said sure, but I decided to make a couple of modifications. To start, I went to Taylor's and got marinated "Polynesian" chicken breasts. 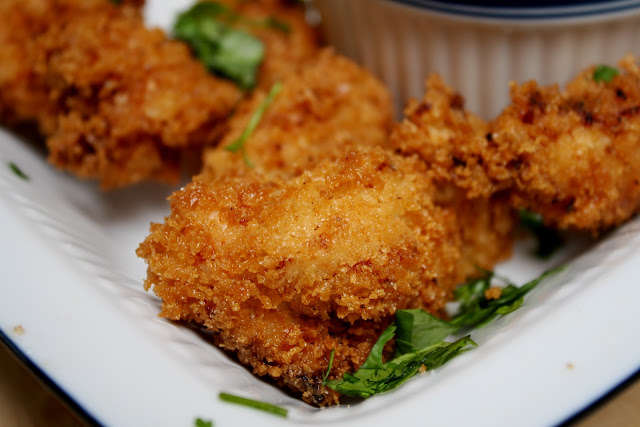 I again used panko crumbs, however, instead of just using flour and egg wash before rolling the chicken pieces in the crumbs, I used a tempura batter. It gave the chicken an extra level of juiciness and crispiness. 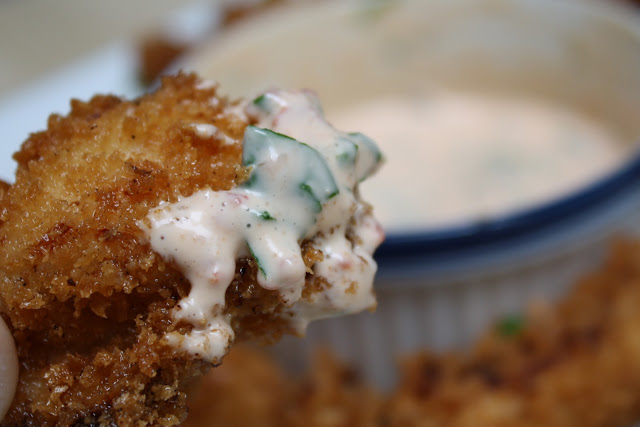 I used the same ingredients as last time to make the dipping sauce, I just changed the proportions: less mayo, a lot more Sriracha and cilantro. 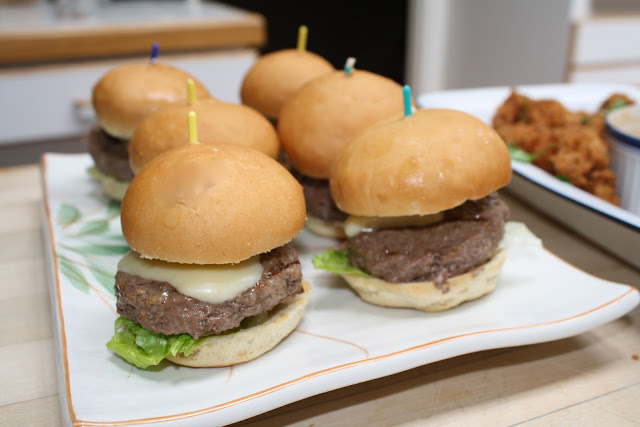 I had planned to cook some sausages, but I was running errands in the morning and starting to get very hungry. I didn't feel like cooking sausages in my traditional way: boiling them in beer and then kissing them on the grill. So I decided to make mini burgers instead. I used Fresh and Easy patties - nothing special there, but cheap, easy, and quick - and buns. I melted some UnieKaas Parrano - a Dutch Gouda-style cheese - on the patties, added a piece of lettuce and a german mustard pickle, and ran a toothpick through the whole thing. They weren't the best sliders I've ever had, but they did the job. 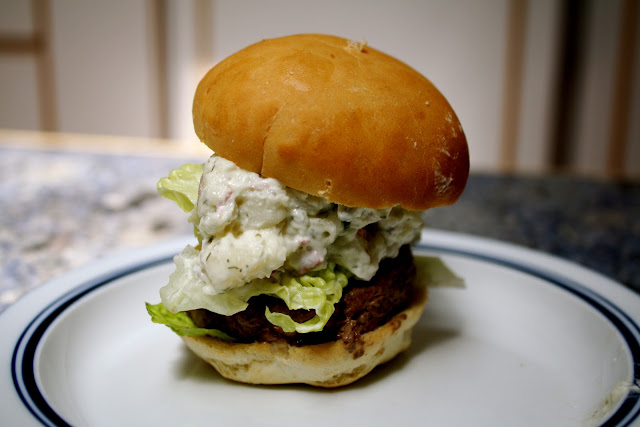 And then I added some red potato salad with dill to one of the sliders. Even better.

As usual, I liked the outcome of the food more than the games.
Posted by JustinM at 1:37 PM