I needed to watch baseball last night. I won't go into details, there's no need: if you like the game, you understand what I mean when I say it was the most exciting night of baseball I have ever seen that did not involve the Angels. If you don't like the game, you don't care anyway. So dinner was going to be simple. No going out, nothing that involved the outdoor grill or lots of prep work. 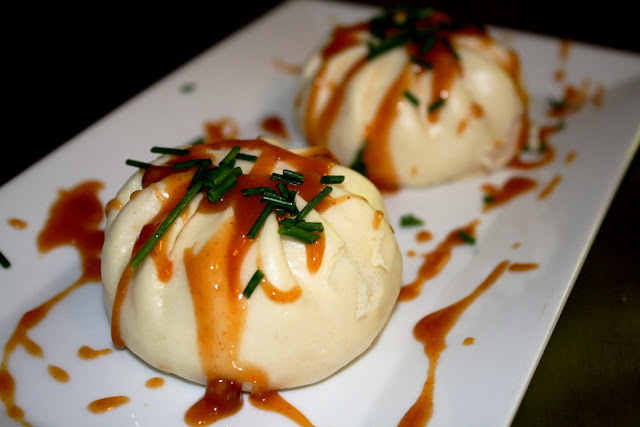 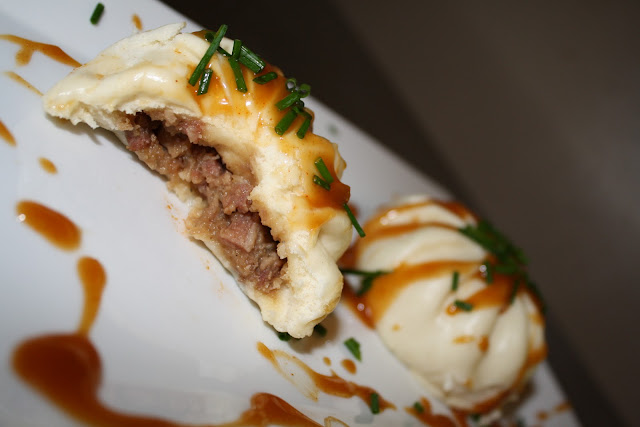 I started by cooking some Trader Joe's cha siu bao in the steamer.  I put them in the bamboo, left them alone for twelve minutes - you know, the amount of time it takes a Red Sox pitcher to throw three pitches - and returned to take them out. I mixed up a sauce: orange simmer sauce, soy, and a few drops of mustard, then spinkled chives over the whole thing. They were delicious. I considered making more of these as my main meal, but decided to make something else. 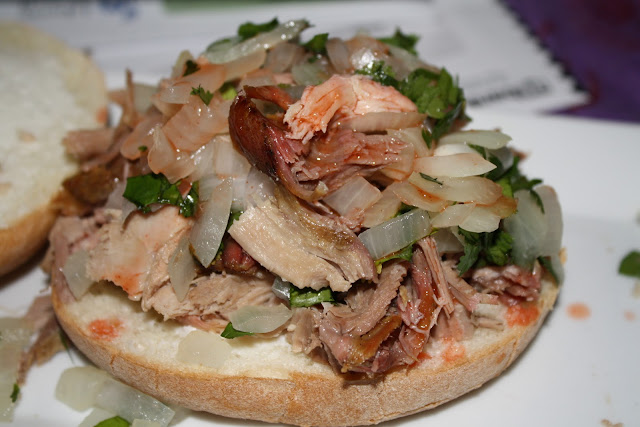 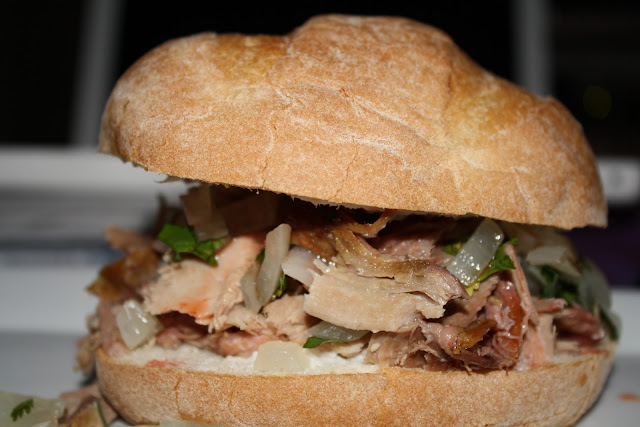 I took some of the Trader Joe's carnitas that I have written about many times and, taking this whole 'keep it as simple' thing to the extreme, cooked it in the microwave. I piled it onto a soft telera roll that I had purchased the day before at Super King market - it's possible I have finally found my perfect hamburger bun, but more on that another time - with chopped onions and cilantro, then doused the whole thing with Trappey's hot sauce. It wasn't quite as good as the pork buns, but it was a great sandwich.

And I was quite pleased with the outcome of all the games I watched.

Sorry about the Angels!

Thanks, but I'm quite all right with it. Texas was much, much better than the Halos this year. The only reason the Angels were still in contention this late was Boston's epic choke job. Without that, this would have been over weeks ago.

After nothing but misery from the time I was 7 (and started following baseball) to 23, I got to see, in an 8 year period, a World Series title, 3 ALCS, 5 division titles and a wild card. Most baseball fans will never get to see that kind of a run. Well, except Yankees fans... but who likes them?