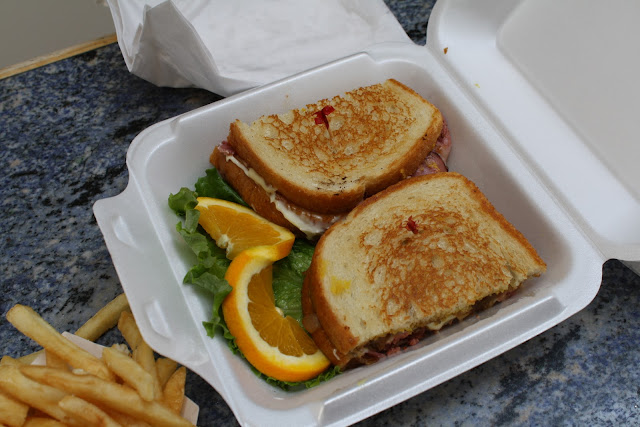 We were over on the east side of Pasadena doing some errands. I had decided every meal of the weekend up to that point and asked Elizabeth to come up with a suggestion. She said burgers. I knew it had been over a year since she'd been to a Habit Burger so we went there.

But, even though every burger I have had from the Habit has been good, I decided to try something new: the pastrami sandwich. 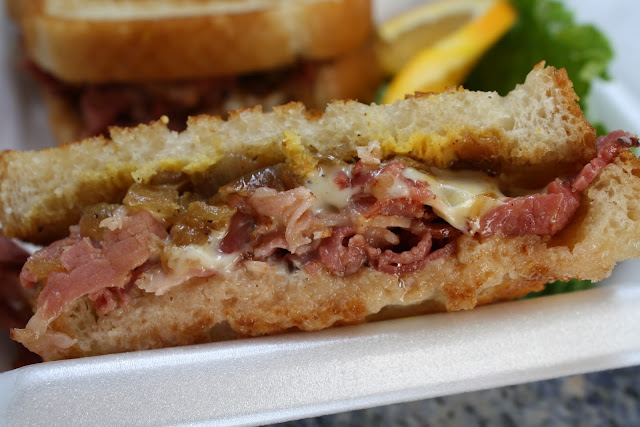 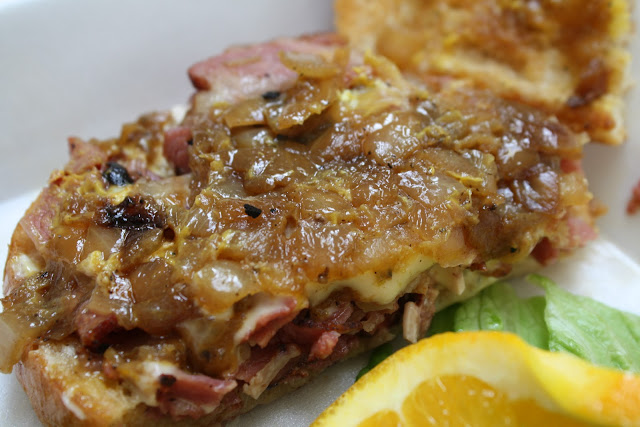 I like the way they construct the sandwich, with caramelized onions, cheese, mustard, pastrami and pickles. (I ordered it without tomatoes.) I was given my choice of bread and I chose sourdough.

I did not like the sandwich at all. There were two main reasons, one of which was my fault and one of which was not. First, the mea culpa: we got the food to go. True, we were only in the car 90 seconds (we took it back to my parents' house half a mile away) but that's all it takes sometimes. Just in that short trip the bread had gotten completely soggy. The sandwich fell apart with each bite. 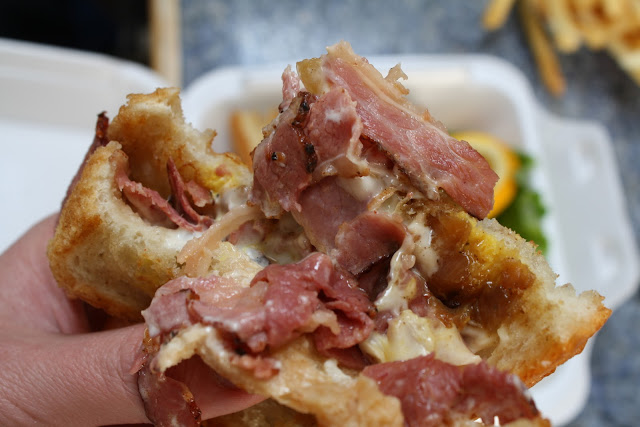 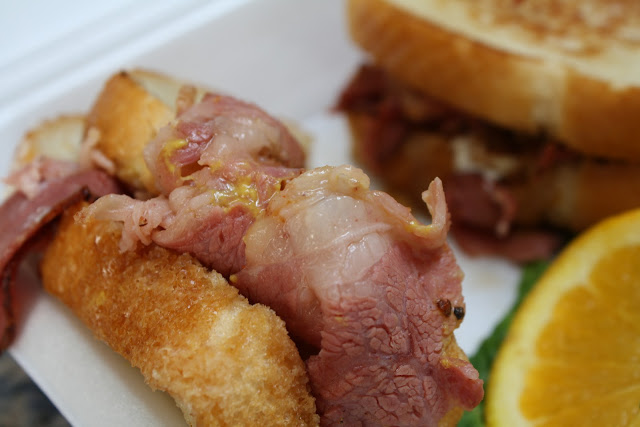 Now the part that was The Habit's fault: the pastrami was fatty and flavorless. It was impossible to bite through; I had to tear each bite by hand.

Maybe this sandwich was an aberration but I'll never know, because I won't ever be ordering one of these again. I've had about eight burgers from The Habit and they've all been great. I've had this one pastrami sandwich and it was bad. I will only be ordering burgers from now on. 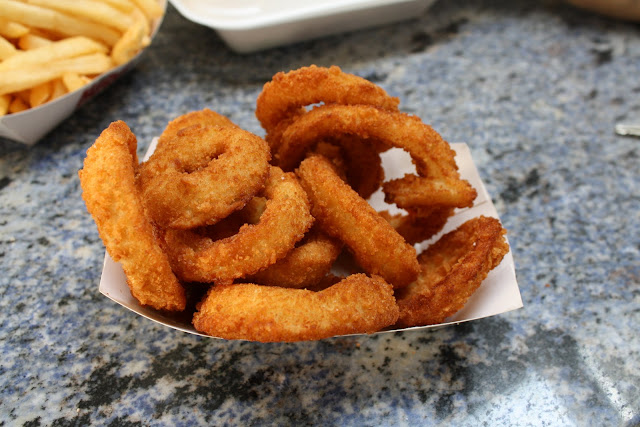 One piece of good news, though. When I wrote about the Pasadena Habit not long after it opened and mentioned that the fries are boring, a reader left a comment that I should get the onion rings. So I did. I really liked them. They were crunchy and full of onion flavor, which are really the only two things I ever ask from onion rings.

So from now on I will be getting a Charburger with a side of onion rings on every trip to The Habit.
Posted by JustinM at 5:38 PM

Is it just me, or is every pastrami/reuben I read about on here cursed with being too fatty. Man Justin, you can't seem to get a break.

I wonder why this is? Are more and more places using the point cut instead of the dallas to save $?

I think either you're not reading them all or you're remembering them selectively. Just in the last three months, AKA Bistro the other day was good (though overpriced), the "Fonz" hot dog with pastrami I had last weekend made me "quite happy," the Hat was "more than adequate," and Wonder Burgers was "wonderful."

Yes, there have been quite a few much-too-fatty pastramis/Reubens, but I think most of them I try I like.

I did not know there was a Habit in Pasadena(!!!) Sad, the sandwich looks pretty good at least.

Yeah it just opened over Thanksgiving. I've had burgers there twice and they were great.

No doubt. That's one of many reasons why I never get food to-go.

even if that was killer pastrami, there isn't nearly enough on that sandwich. Unacceptable.