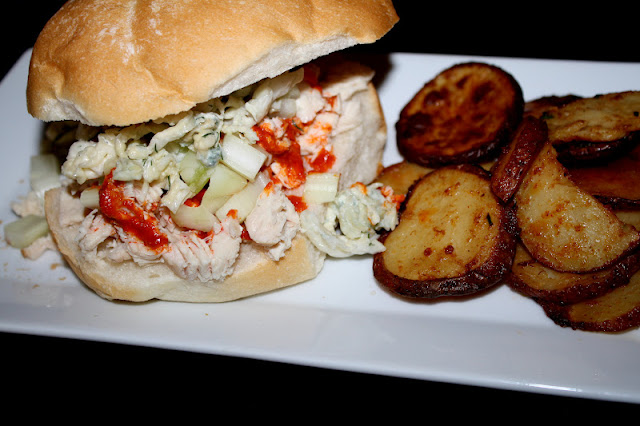 It's sometimes fun, when experiencing an atrocious entree like I wrote about yesterday, to imagine how I could make it better myself. When I ordered the buffalo chicken sandwich, I expected the chicken to come out as a breaded-and-fried breast. (It didn't say that on the menu, but I still expected it that way. I dunno, I guess I eat too much fried food.) And when I received the sandwich, despite how terrible it looked (and tasted), I thought: You know, I bet I could make something like this and do it much better.

I've certainly had other buffalo chicken sandwiches before that weren't fried: without thinking too hard I can recall similar sandwiches at Philly's Best and Subway. But I do not remember if I've ever made one. So last night I set out to do so. 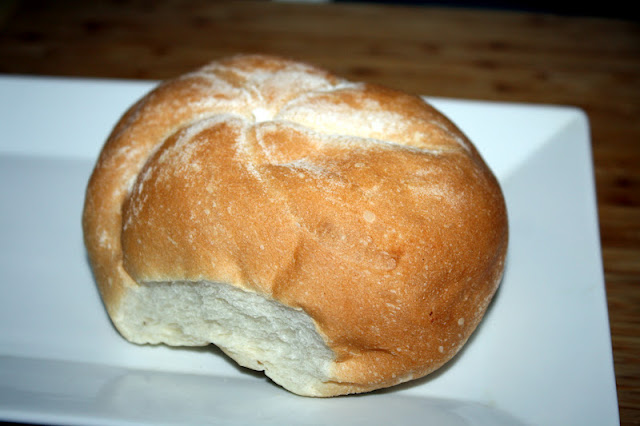 Someone emailed me and asked the name of the bakery I've written about twice now (the onion rolls and the brioche buns). It's called Caputo's and it's in Carroll Gardens, just over a mile from me, a quite pleasant walk. I headed down there and picked up two white-bread rolls, each 45 cents. 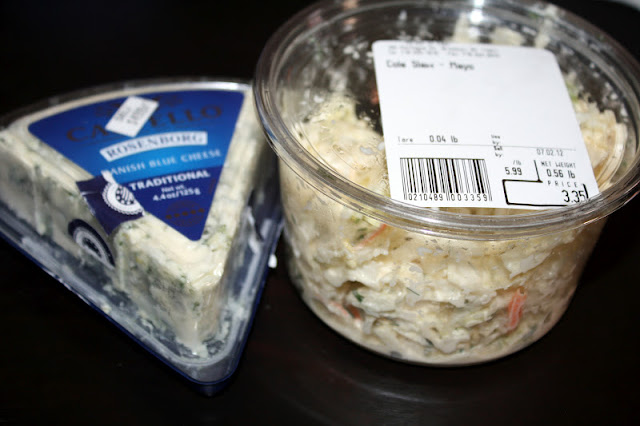 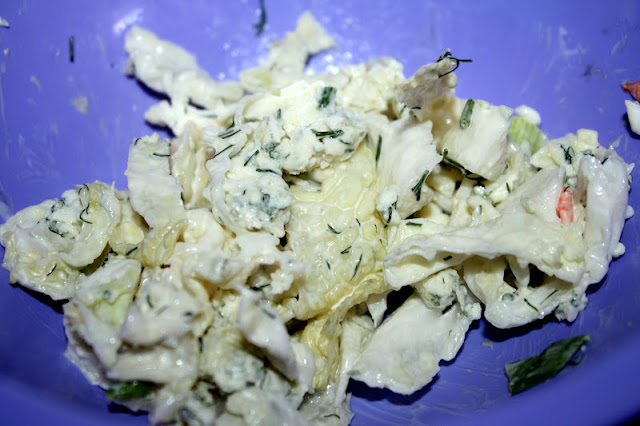 When I planned to make these sandwiches, I figured I would make my own red cabbage slaw with Roquefort (like I made for carnitas sliders last summer). But then I had another idea: why not get some of that slaw I love at the local deli and add crumbled blue cheese to it? Less work for me. 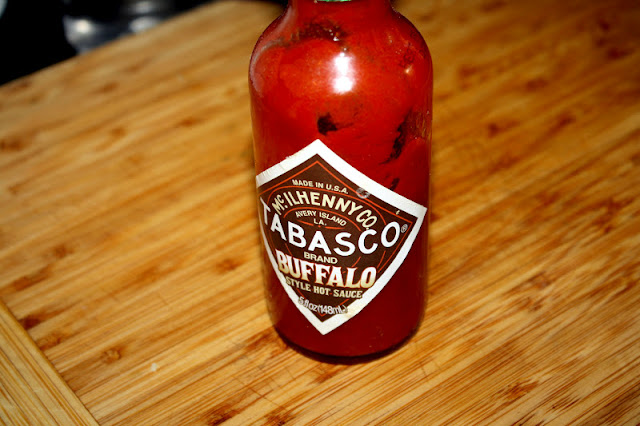 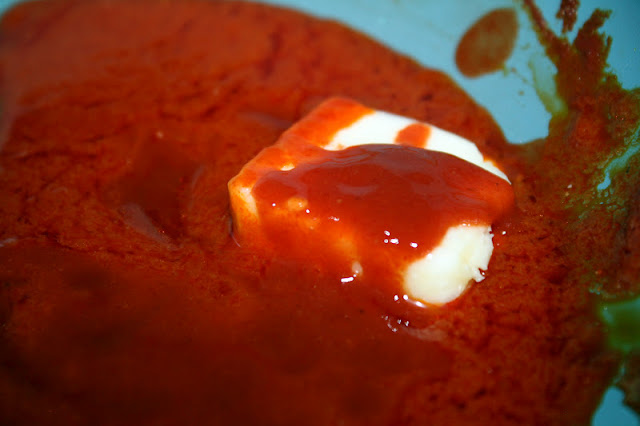 Of course I used Tabasco Buffalo sauce. I added about a quarter-cup of it to a pat of butter and melted it together. 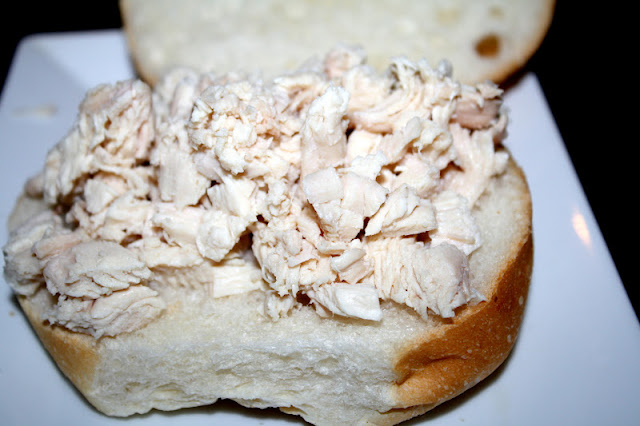 I roasted a chicken breast, diced it up, and placed the meat on the roll. 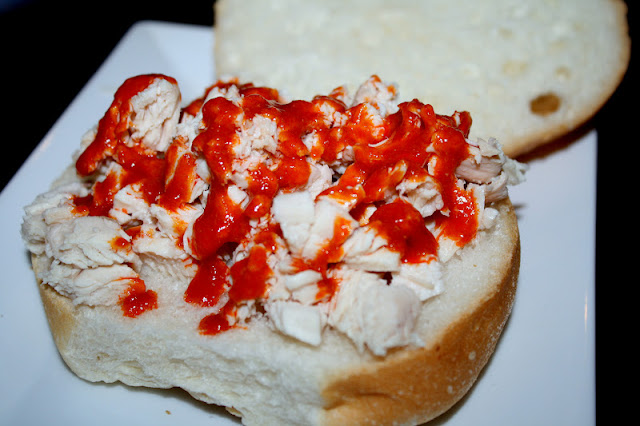 Then topped it with the warm Buffalo sauce. 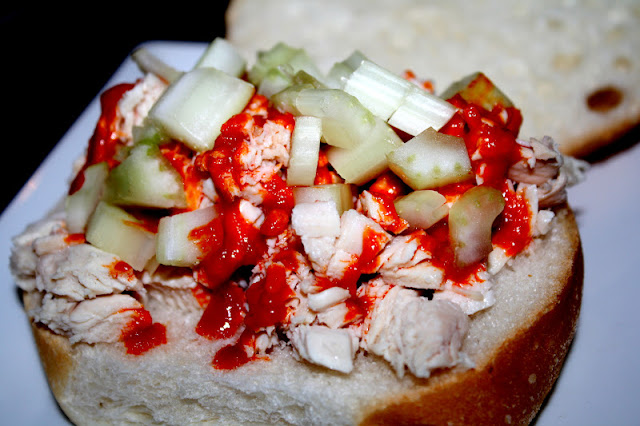 And - why not? - added diced celery, for some crunch and that pleasing buffalo-wings-and-celery combination. 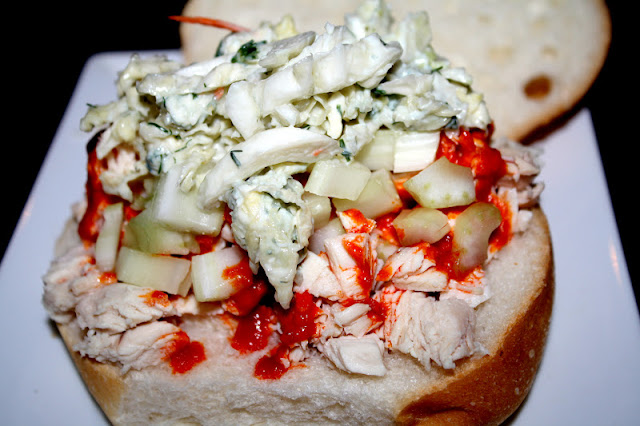 Then I piled the blue cheese cole slaw on top. 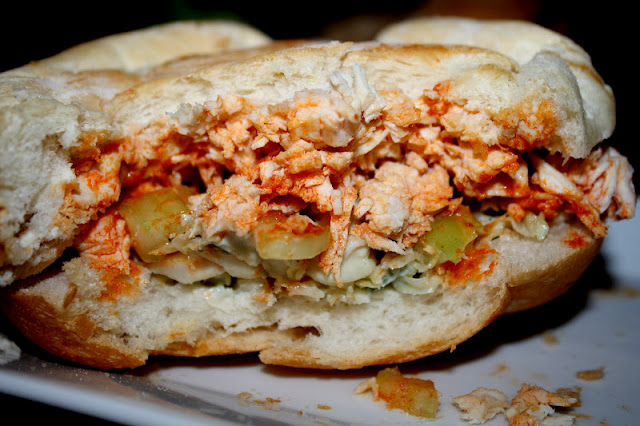 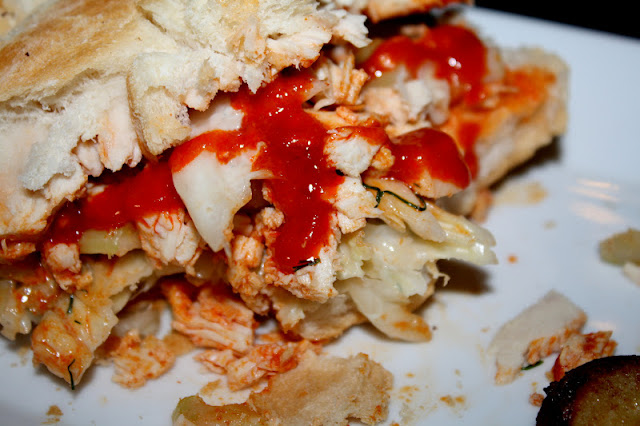 Now this, my friends, is how you make a non-fried buffalo chicken sandwich.
Posted by JustinM at 9:30 AM

i wish u had your own show on food network, pp

Thanks, but what I really wish is that one of my 20 readers has enough money to start a network that is actually about cooking and not, you know, just travel and reality shows. (Like Food Network used to be and Cooking Channel kind of is.) And then they could give me a show on that.

Also I wish for Vernon Wells to end up on the Dodgers so the heart (sic) of their order can be Abreu/Wells/Rivera.

Hey now... Leave my Dodgers alone. They are in enough pain as it is, and my dad is not too happy. You don't want any bad karma to cause more fractured legs during walk-off home run celebrations.

You write well for a two year old... and REALLY well for a Dodgers fan. But you are adorable so I will allow it.

Justin, that looks WAAAAAY better than that horrorshow you were served the other place.