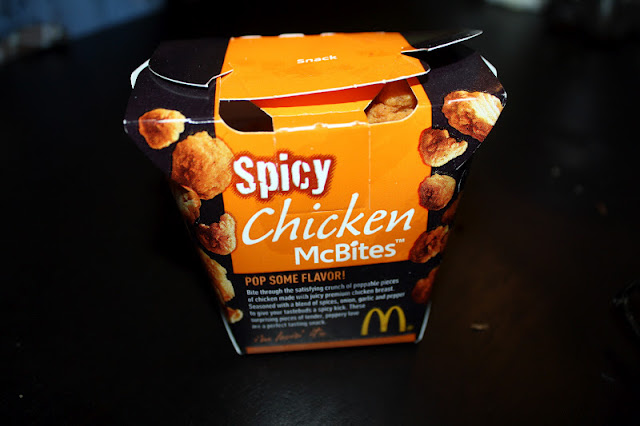 It's strange for me to think that it's been more than two months since I've eaten at any fast food chains. True, there haven't been any promotions that appealed to me (at least at the fast food chains near me). But mostly it's just that if I were to walk to any of the fast food outlets that are clustered five blocks from me, I would pass by at least ten pizza-by-the-slice joints and Chinese restaurants. Unless it's a Del Taco chicken soft taco (which doesn't exist here) or In-N-Out Double-Double (ditto), I won't be passing up pizza or Chinese to get fast food.

But then I was walking by McDonald's yesterday and I saw a sign for Spicy Chicken McBites. I liked the McBites that I tried in Southern California - and I really liked the Spicy McChicken Sandwich that I ate in San Antonio on the drive to Brooklyn - so I decided to give these a try, hoping they would be a combination of the two. 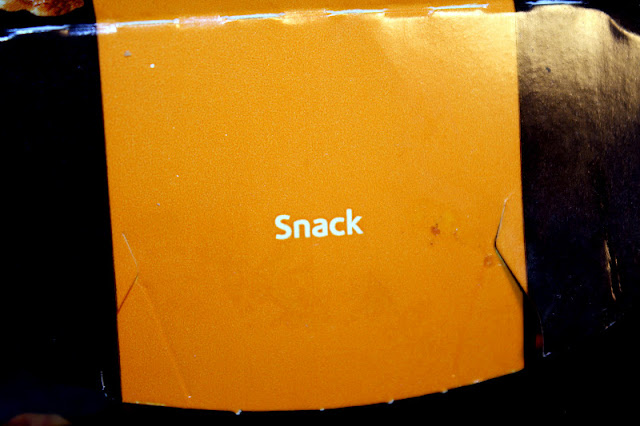 Like the Chicken McBites, the spicy version comes in three sizes: snack, regular, and large. I ordered the regular, for $3.80. It wasn't until I got a block away and looked in the bag that I realized they had given me the snack size.

I take most of the responsibility here. I should have checked. True, I also should have received what I paid for, but the McDonald's back in South Pasadena only got my order correct about 35% of the time. I should not have expected anything different here. It was starting to rain and I didn't feel like going back. 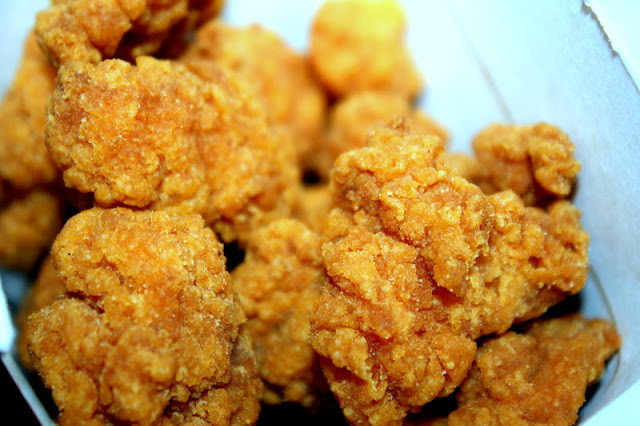 Once I started eating them, though, I did kind of wish that I'd returned to get what I paid for: they were quite good and I would have liked some more. (Their saltiness struck me as over-the-top, but I fully admit that could have just been because I haven't had any McDonald's in two months.) Several - though not all - of the pieces had a decent amount of spice to them, and about half the pieces were larger than a quarter, a good percentage, in my opinion. (When the regular McBites first came out, too often I received orders that were almost exclusively tiny little bits.) 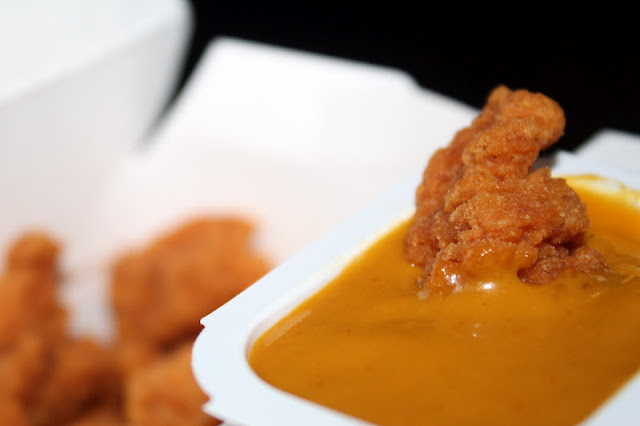 Of course I got the Hot Mustard Sauce, still my favorite of the McDonald's sauces. I'm not sure if it was the best choice for the Spicy Chicken McBites - maybe the sweet & sour would have been a better fit - but I liked it. 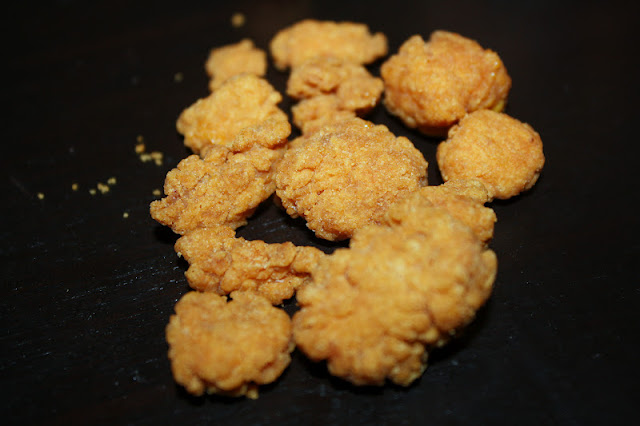 If you liked the Chicken McBites, I think you'll like the spicy version, too. I'll probably try them one more time with a different array of sauces, but I don't see them becoming a regular habit.

And if you try them at the McDonald's in South Pasadena or Brooklyn Heights, be sure to check your order.
Posted by JustinM at 9:30 AM

If you're walking by Checkers sometime (there's on near B Heights, I believe) you might try their spicy chicken bites -- the ones I get here are really good. They're also really cheap here: a box of bites and their seasoned fries is only $2, and plenty of food.

[Apologies if you've reviewed 'em before]

There's one right across the street from McD's and I noticed the sign for that in the window. I've never actually been to a Rally's or Checker's, but one day I will give it a try for sure.

I just tried those today and I will say this. You would come out better ordering a spicy chicken sandwich with meat only. The snack size was a joke. $1.99 for what looked to be the amount of 3 chicken nuggets chopped up. I won't fall for that one again.

That sucks. Sounds like Wendy's spicy chicken nuggets are a much better deal.

Yes, much better as far as quantity that's for sure. To top it off I had to wait about 15 minutes because I ordered the spicy chicken bites in the drive thru. They told me to pull up beyond the window to wait. I was like you have got to be kidding me. I only ordered a Big Mac and the snack size spicy chicken bites. I should have known, lol. I guess I was the last one to get the memo. Oh yeah Mcdonald's location Memphis, TN 2994 Poplar Ave.

I used to pull over when asked to at the McD's in South Pasadena. But without exception they would screw up my order and I would have to get out of my car and go inside. So I stopped doing it. When they would ask me I would say "Nope, unfortunately I cannot trust you to bring me the right thing."

I've never eaten at a McD's in Memphis, though I did go to Applebee's once. It's a long story.

I just tried a snack portion. Just dreadful. Where's the meat? The ranch dressing is a chemical feast with a weird taste. How many chemists does McDonalds employ to concoct their "food." Billions and billions.

Havent tried the snacks but just trried the wings in being tested in Atlanta. Way to spicy and I like spicy foods. Also just a pepper heat no depth of flavor.