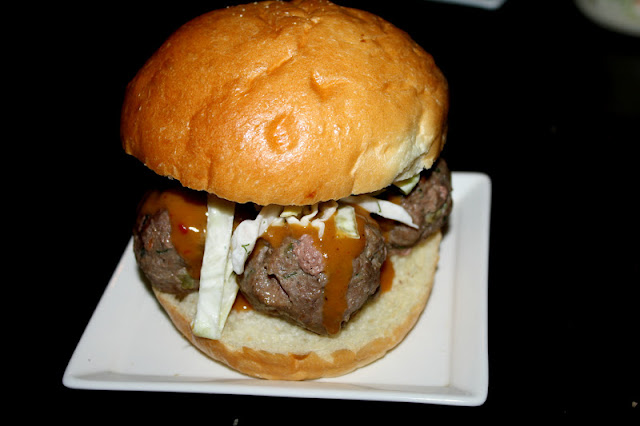 I'm not entirely sure where the inspiration for this one came from (probably that BK Carolina BBQ Whopper I wrote about two weeks ago), but within a second of thinking of it, it all became clear: why not make a meatball sandwich using slaw and a mustard-based sauce? Why is that not something I've tried before? 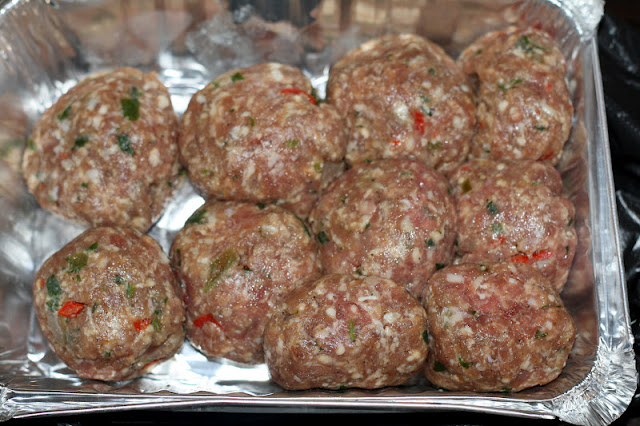 So it was off to Paisanos for some meatballs. When I wrote about meatball sandwiches three weeks ago, I used their all-beef variety of balls. This time I opted for the beef, pork and veal version, with peppers, parsley and Parmesan cheese mixed in. (I couldn't really call this a Carolina sandwich if it didn't have pork.) 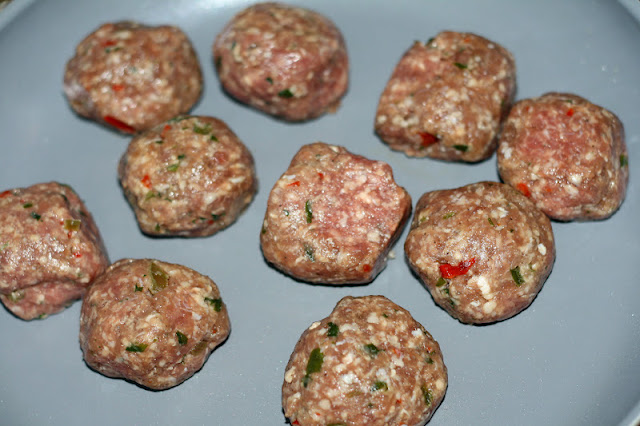 I cooked them slowly in the Greenpan. 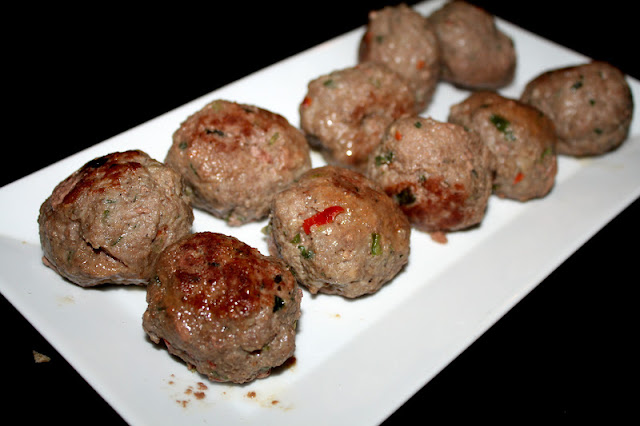 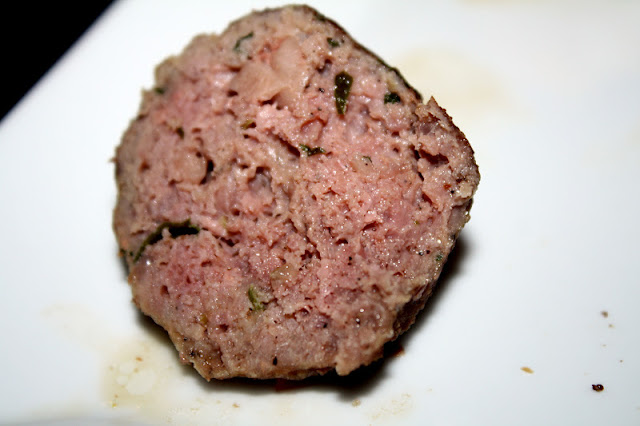 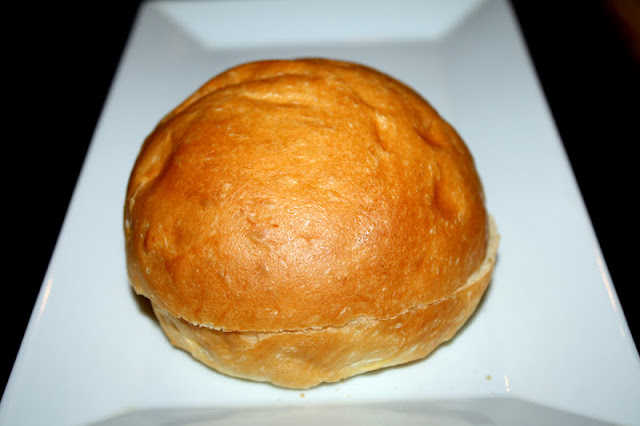 When I made my onion-tended consequences burger two weeks ago, I wrote about visiting a bakery and being shocked that I could pick up an onion roll for only 45 cents. I went back to get a brioche bun and found them to be a wallet-busting 85 cents. Oh well, I splurged. 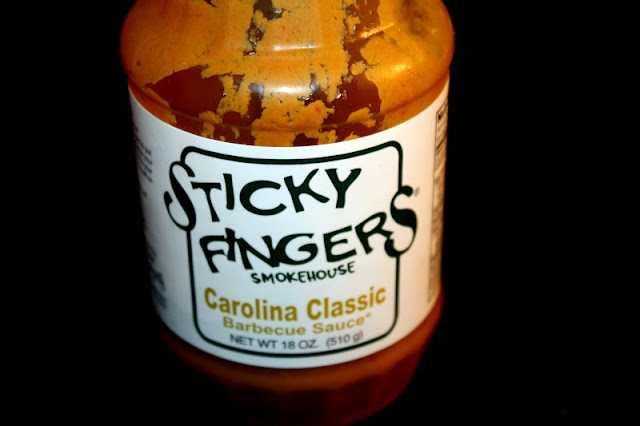 I briefly mentioned this once: a decade ago my friend Tom and I stopped at a shopping center in Tennessee to get some dinner. There was a Brewing Company that looked good and an Outback Steakhouse that didn't, and both had very long lines. There was also a Sticky Fingers, with no wait at all. We took that as an obvious sign, but we were both really hungry (we'd driven up from New Orleans) and decided to try it. I don't remember much about the food (meaning it was probably pretty average) but I really liked the Carolina Classic mustard sauce. Over the years I've picked up the occasional bottle, and I decided to use it here. 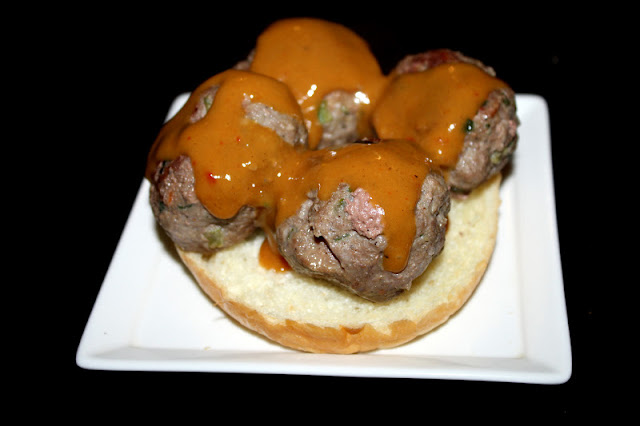 Only four meatballs fit on the bun - the balls were larger than golf balls - so I arranged them and topped them with the sauce. 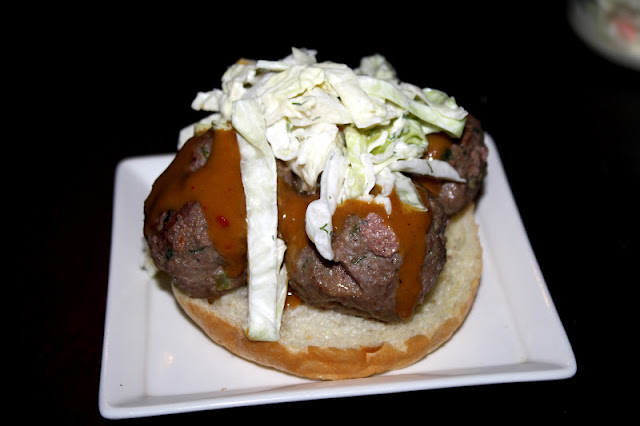 And then added a couple of spoonfuls of slaw. 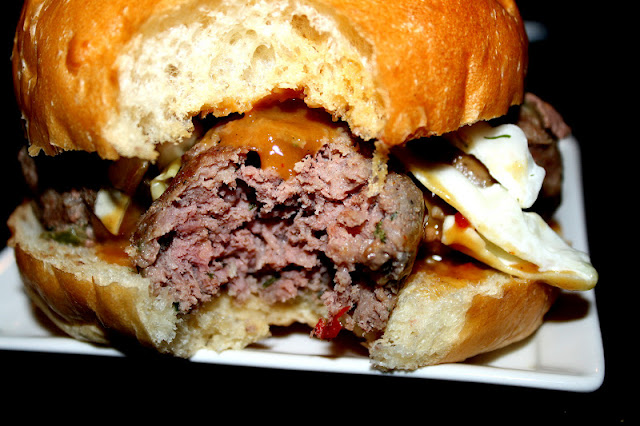 This was an incredibly delicious sandwich. Meaty, peppery meatballs; crisp, cool slaw; the zip of a mustard barbecue sauce and all of it on a soft, freshly-baked brioche bun. Usually when I make sandwiches or burgers I say "Okay, this was good, but I can think of a way to improve it for next time." I cannot think of any way to improve upon this sandwich. Next time I make it, I will make it the exact same way.
Posted by JustinM at 11:00 AM

DAMN that looks delicious! I would definitely love that with some potato salad and root beer. Done and DONE!

Those balls could be flattened into sliders!

Fritos: That can be arranged.

I don't know what that last part means - Hawkeye just walked on the computer.