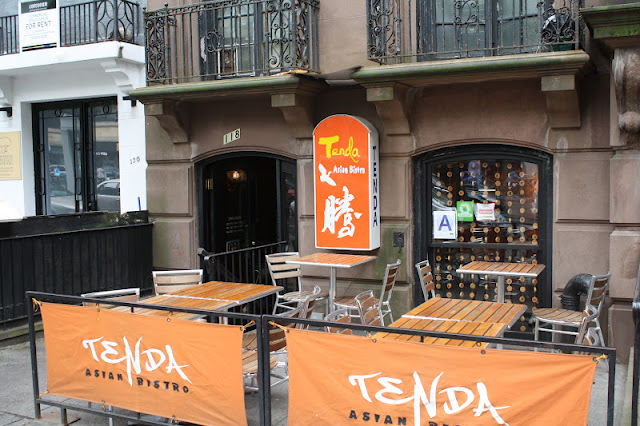 Not far from our new place - I'm talking I could hit it with a baseball from our front steps - is Tenda Asian Bistro. I'm almost always up for trying anyplace Asian, so on a recent Friday afternoon, Elizabeth and I stopped by for lunch. 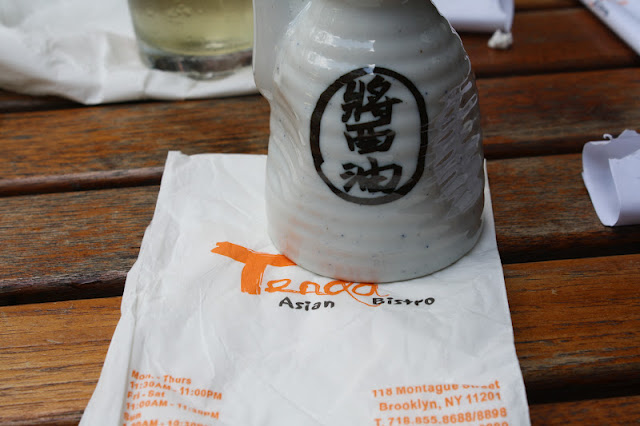 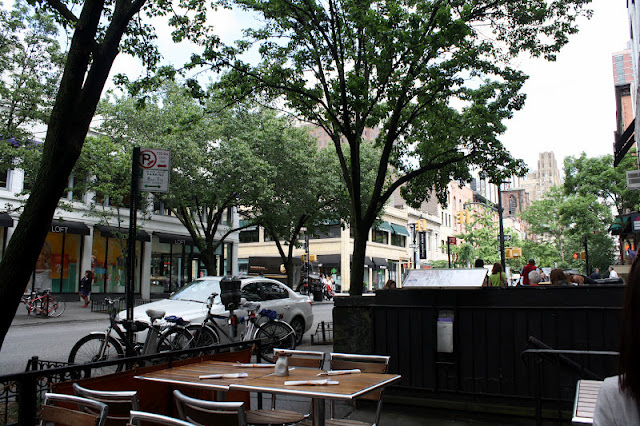 It was about 2:30 in the afternoon, and we were the only customers on the patio. (I didn't really go inside, other than a couple of steps inside the front door to tell the hostess we would like to sit outside. It was dark inside and bright and shaded on the patio; it was an easy decision where to sit.) 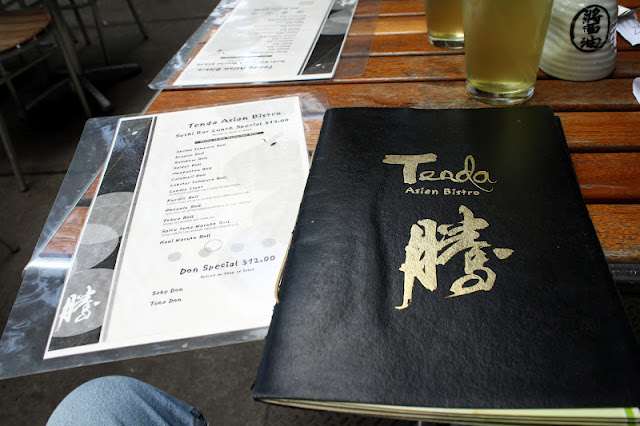 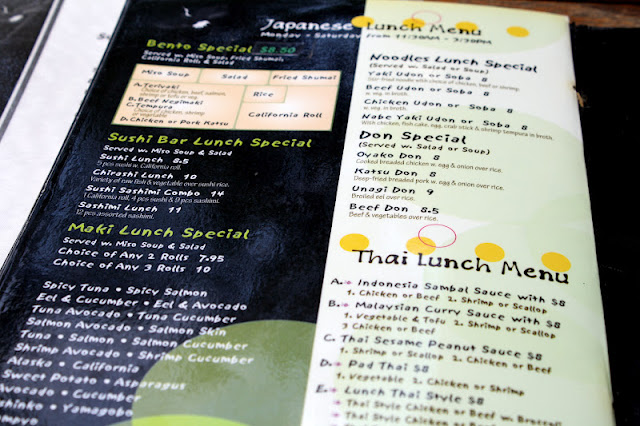 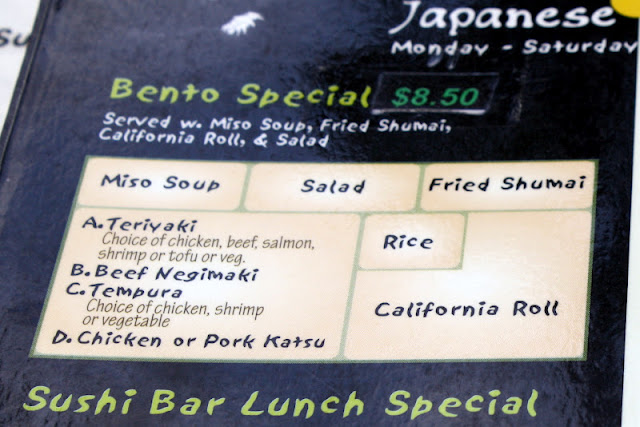 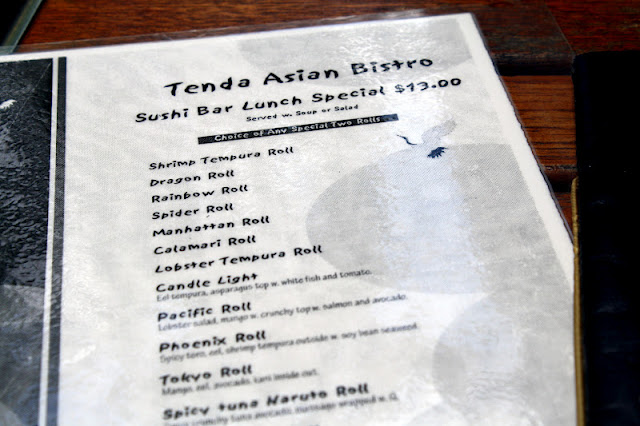 The menu is large, featuring lots of sushi choices, Japanese appetizers, Thai dishes, salads, noodles, teriyaki, katsu... a lot of stuff. But I concentrated on the lunch specials, since they were available. 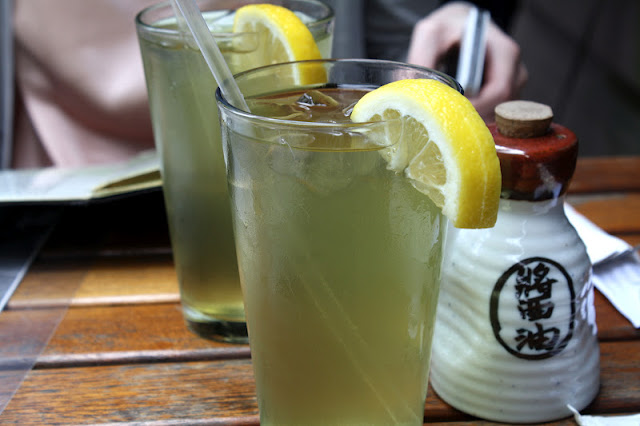 Iced green tea hit the spot on a muggy day. 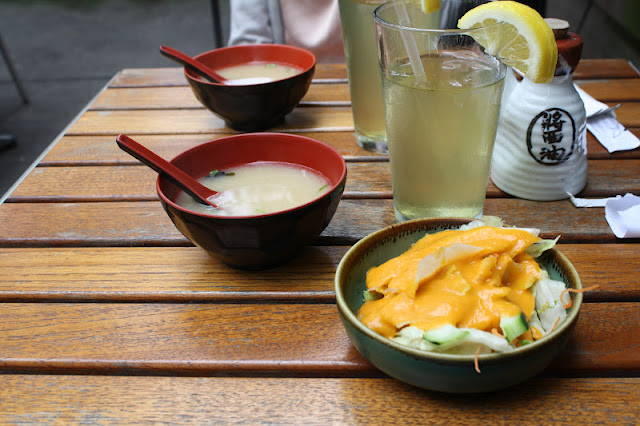 Predictably, my lunch special started off with soup and salad. 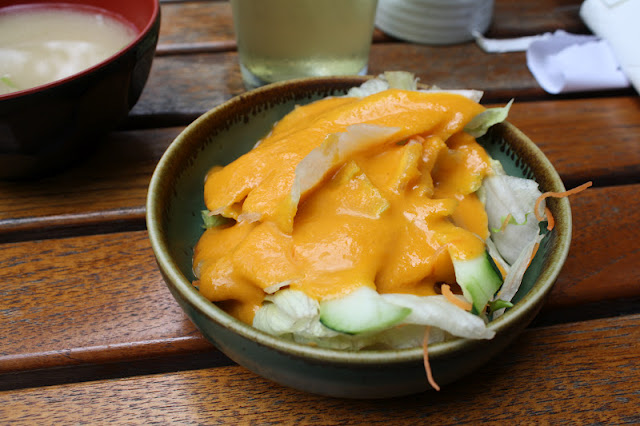 The salad is the same Japanese salad I have had hundreds of times, which is to say, delicious. There was nothing outstanding about the dressing (like there was at Iron Chef House), but it was still quite good. 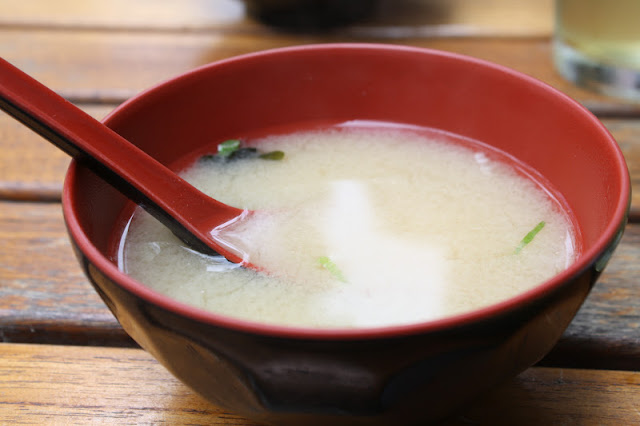 The soup was one of the saltier miso soups I have ever had, but I still ate all of it. 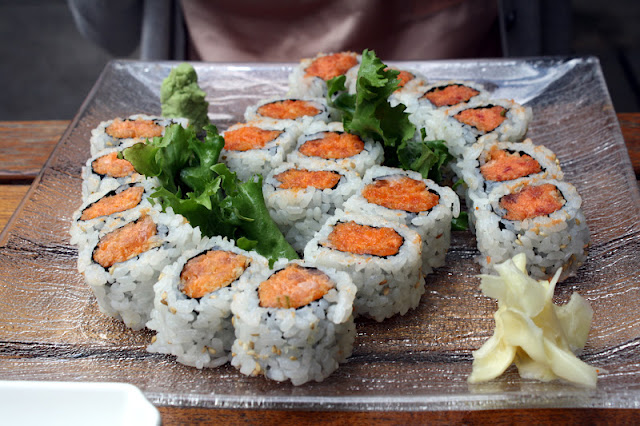 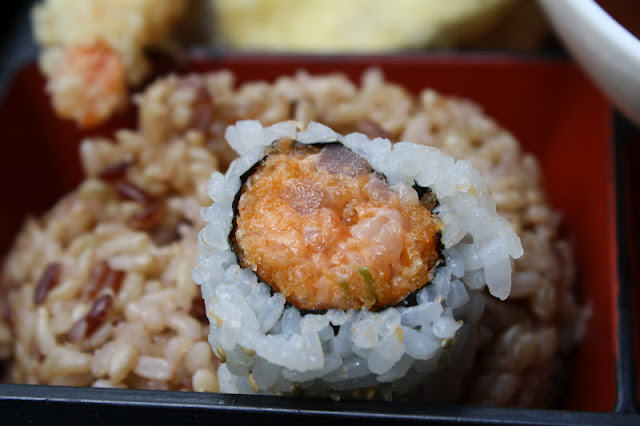 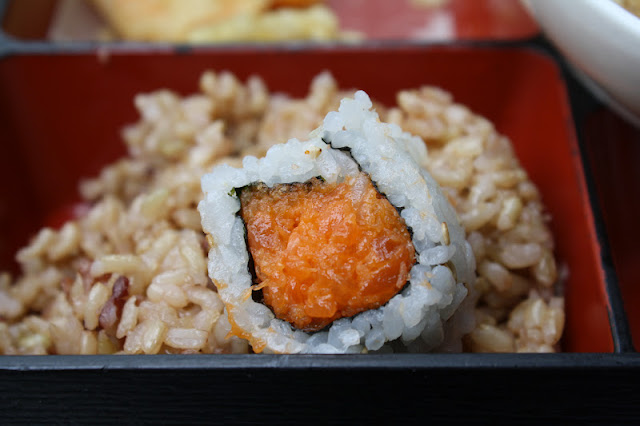 It was too much food for her so I helped out with two pieces of sushi. They were both delicious. And there were still several pieces left that we took home with us. After a few hours in the fridge they firmed up a little, but they were no less delicious. (I ate them all.) 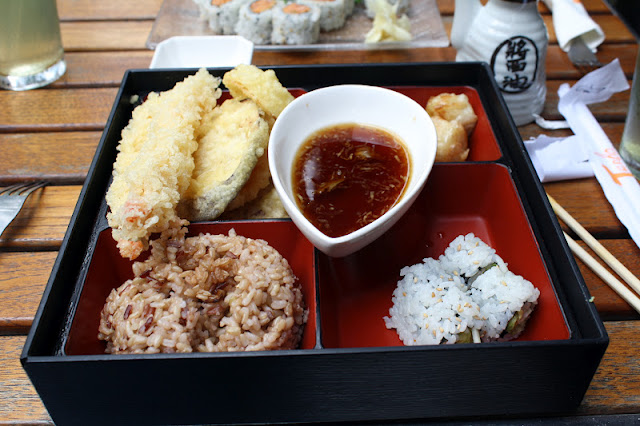 I ordered the shrimp tempura bento box: in addition to the above soup and salad I received shrimp and vegetable tempura, fried rice, shumai, and a California roll. 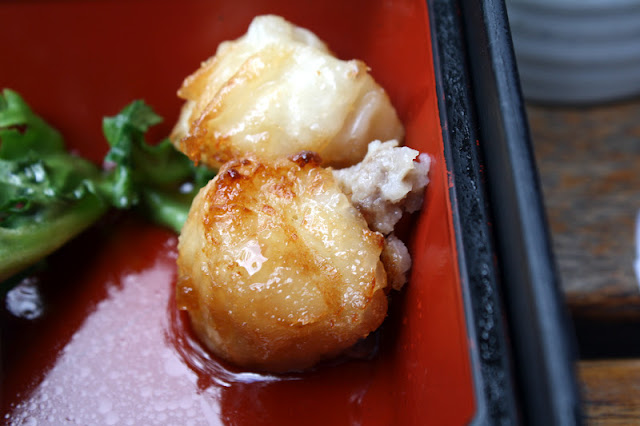 The shumai were outstanding, melt in your mouth good. I ate the first one and was shocked at how much I enjoyed, so I told Elizabeth she had to try the second one. She agreed it was great. Then I suddenly wished I hadn't given her half of my shumai. (Just kidding.... well, no, I'm not.) 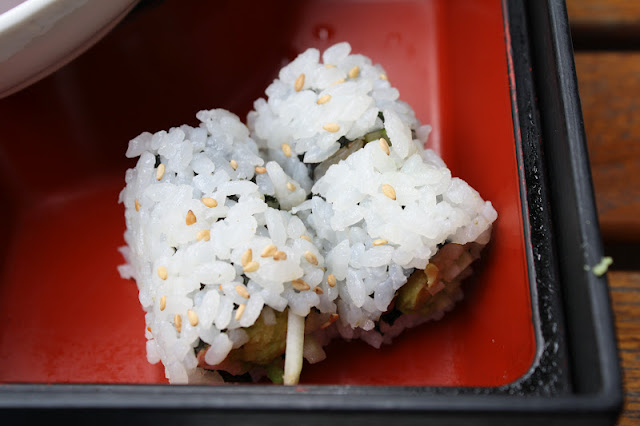 The California rolls were only average, but that's kind of my fault: once I poked out the pieces of avocado, there wasn't a lot left. Certainly these were not as good as any of the rolls Elizabeth got. 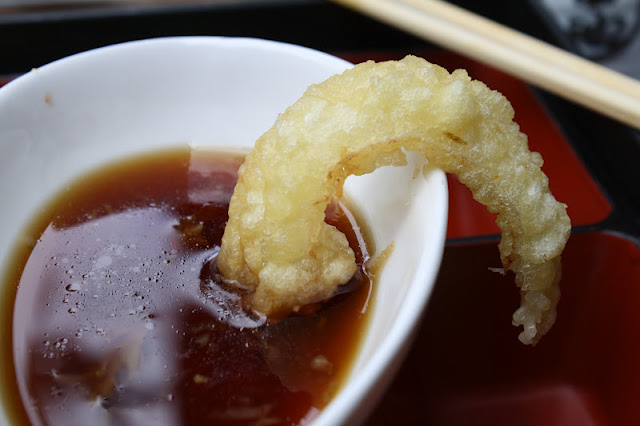 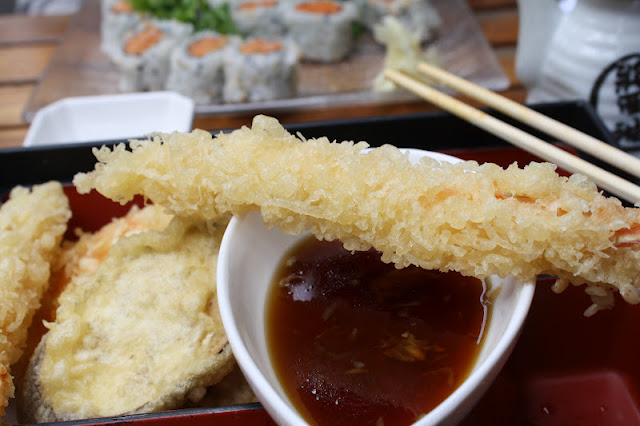 The tempura was a light and crispy batter and the veggies and shrimp were all fresh. I very much enjoyed it.

I had been reluctant to try Tenda: restaurants specializing in several different types of Asian cuisine have never hit the spot with me. But I was pleasantly surprised at how good this was. And at only $8.25 for all of the food I received, it was certainly one of the better deals I have had lately. I will return.
Posted by JustinM at 9:30 AM

YOU might be able to hit Trenda with a baseball from your front steps, but could Pujols? :)

The shumai does look awesome!

It was much better than PF Chang's China Bistro... but then again almost every place is.

The roll Elizabeth got looks like it was at least 2 feet long before it was cut. EGAD!!!