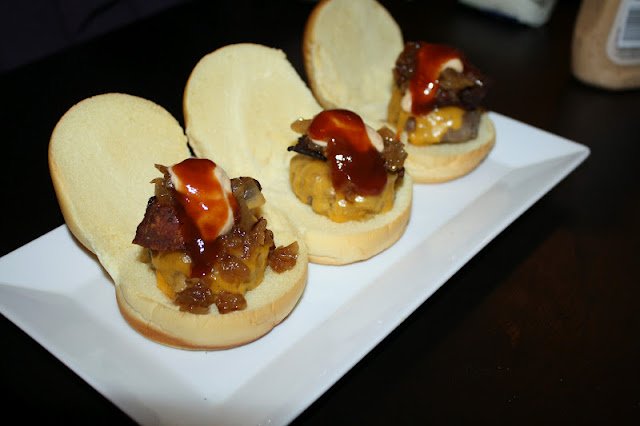 Did you read last summer that McDonald's was testing an "English Pub Burger?" It was described as such: "1/3 lb of 100 percent Angus beef, hickory-smoked bacon, white cheddar and American cheese, grilled onions, tangy steak sauce and smokey Dijon mustard sauce all housed on an artisan roll." My first thought was 1) Is that really what they serve at English pub? And 2) Wow, that sounds delicious.

But it wasn't being tested anywhere near me, so I forgot about it. Then a couple of days ago I read that McDonald's released a "Clubhouse Angus Burger" in the San Diego area, and it has all the same ingredients. If I were still living in Southern California I would consider driving down to SD to try the thing. But I don't. So I decided to make my own. Instead of a burger, I opted for sliders. 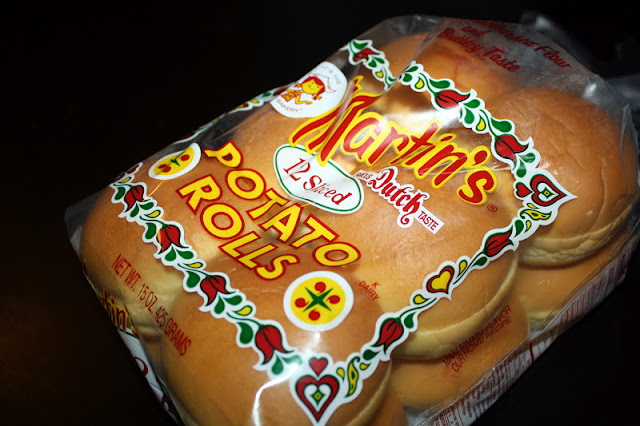 I saw these Martin's potato rolls at the store and decided to give them a try. I mean, it says right on the package "perfect for sliders." 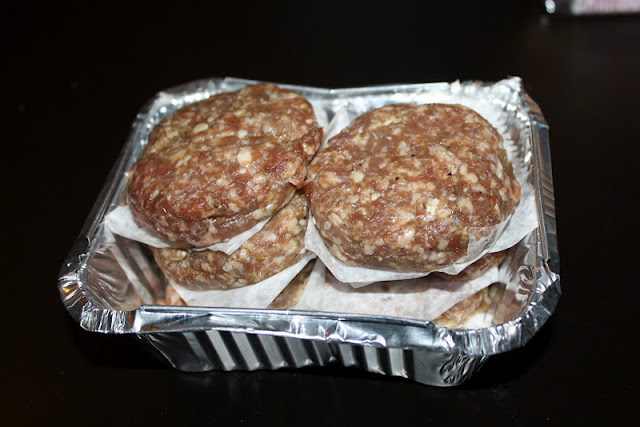 Does Paisanos sell their own slider patties? Indeed they do. 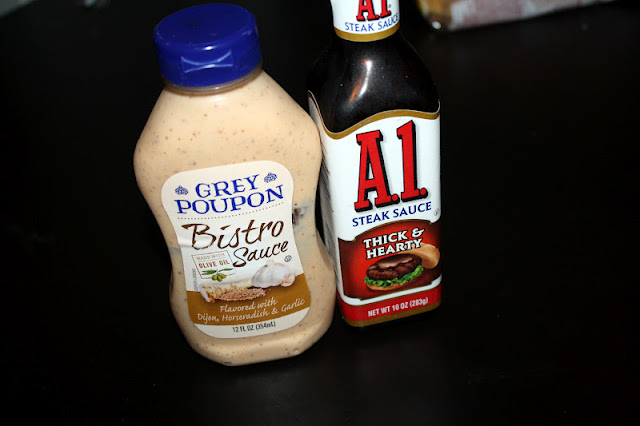 These were the sauces I decided to use. 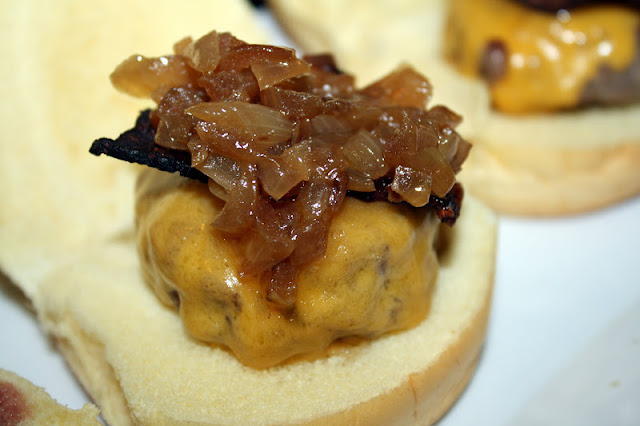 I grilled the patties with cheddar, cooked (well, overcooked) some bacon and sauteed some onions. 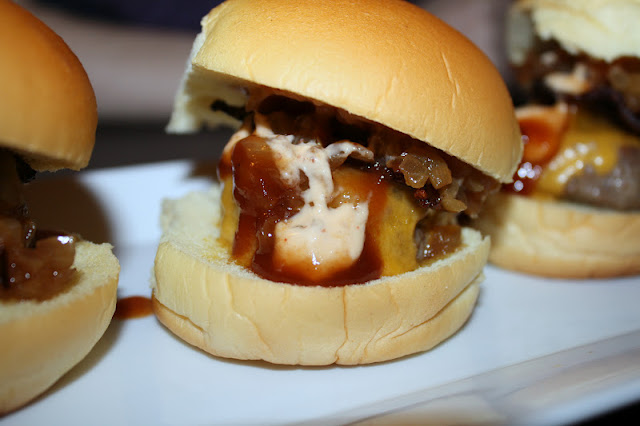 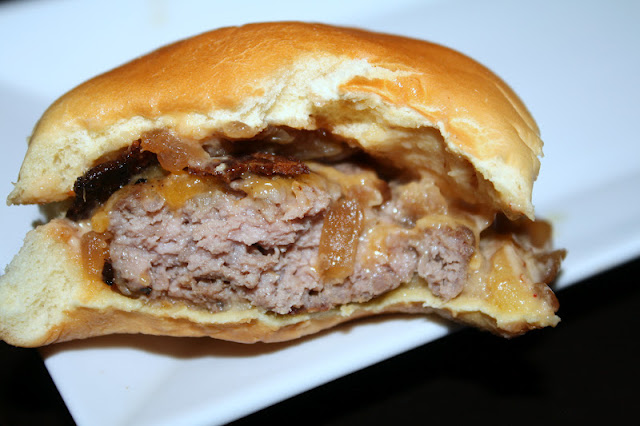 They were good. Not the best sliders I've ever made by any means, but good. The meat was fine but the patties were too small for the buns I'd selected, and the bread itself was a little too spongy for me. But the combination of flavors with the meat and all the toppings was outstanding. I will definitely make another attempt at these in the future.
Posted by JustinM at 9:30 AM

SO what I've heard is that I need to go try that clubhouse burger (sans cheese, of course)?

Are you going to send me a picture of it next to a Double Double? Bastard.

The onion roll doesn't really do it for me. I like them, but not sure I want that with this burger.