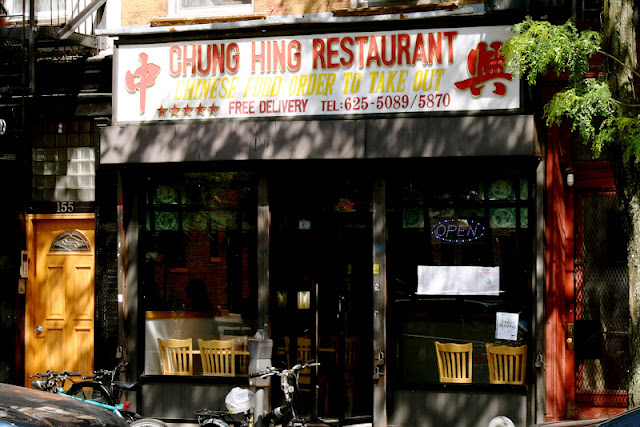 I was out for a walk and I got hungry. It had been far too long since I'd eaten Chinese food - at least two days - so I decided to duck into Chung Hing. I didn't know anything about it, but from the look of the place I was relatively certain I could guess 95% of the items, and that there would definitely be lunch specials. 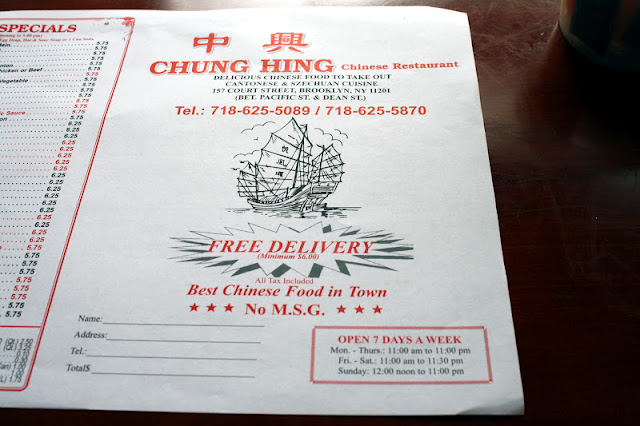 I wanted to do my impression of Will Farrell in Elf: "Congratulations, you did it! Best Chinese food in town!" 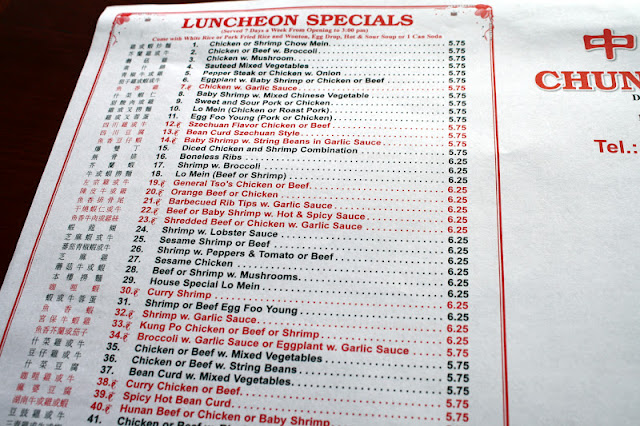 I've ordered a lot of garlic chicken and General Tso's chicken lately, but I've haven't had any orange chicken in months, so I decided to go that route. The lunch specials come with rice and wontons and a choice between soda or soup. I decided on soup, requesting the hot and sour. The "Weight Watch Section" falls into the 5% of the menu that I did not anticipate. 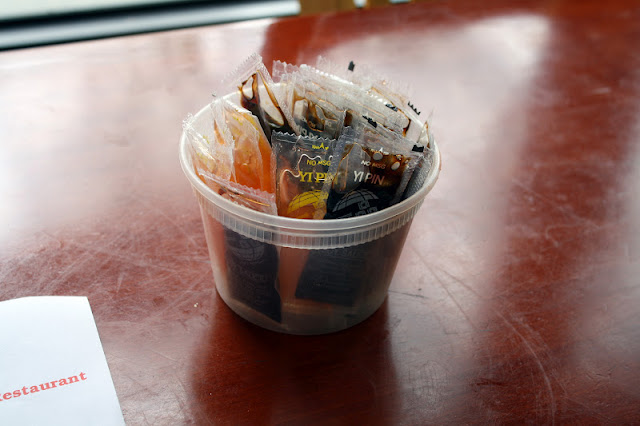 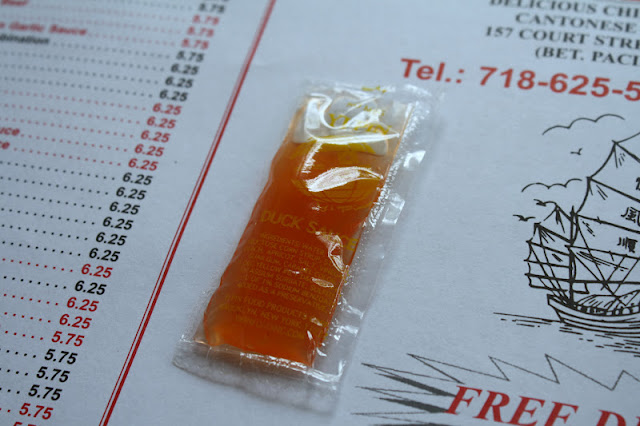 I thought about snagging all the duck sauce for Elizabeth's mom, who uses it the way I use Sir Kensington's. But I only took one. 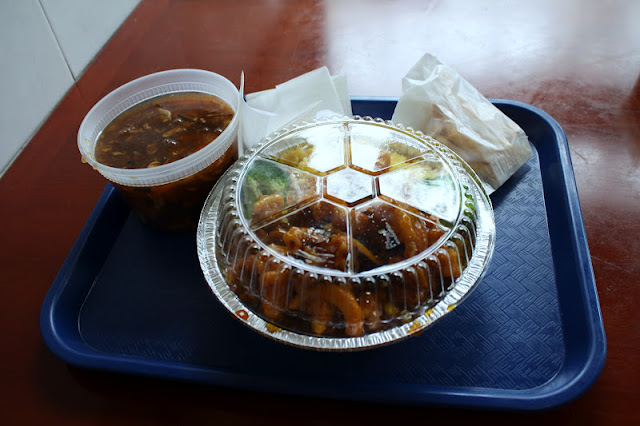 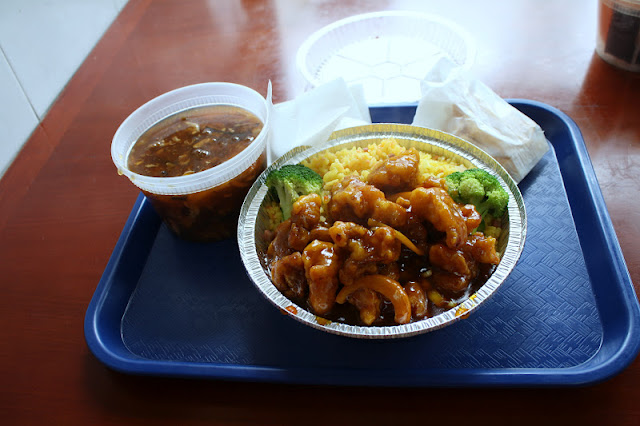 As with most of these places, the portion size is generous for the price (in this case $6.25). 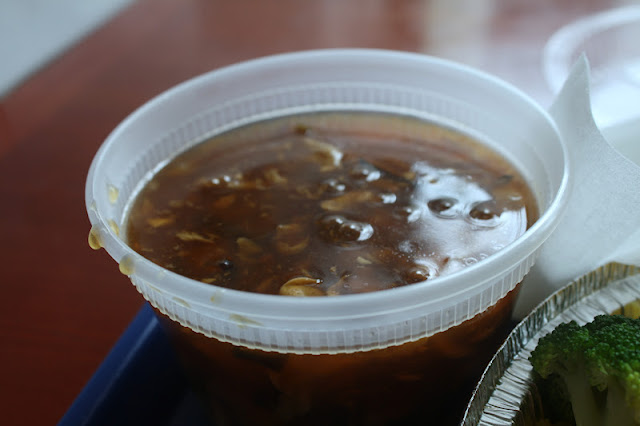 I have eaten at scores of Chinese take-out joints all over this country, and never have I received soup as hot as what I got at Chung King. A few degrees hotter and it would have been boiling, I imagine. It took several minutes before it cooled down enough to be eaten. I liked it fine. It was very thin but there was nothing objectionable about the flavors. 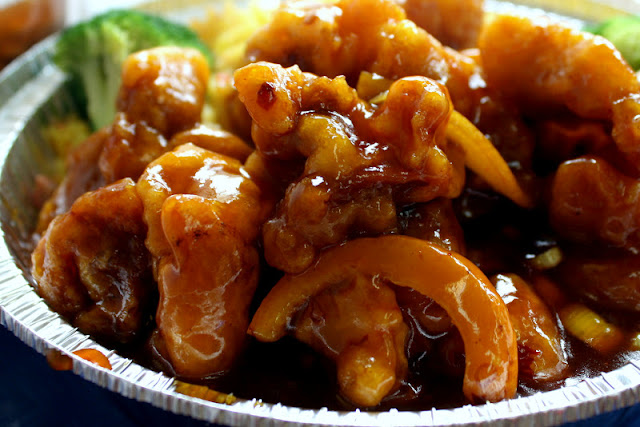 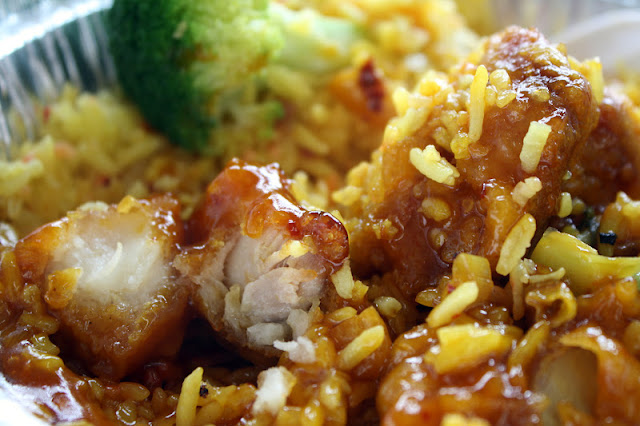 Unfortunately, I hated the chicken. A mix of white and dark pieces, it was stringy, overcooked meat with a syrupy sauce that did not taste at all of orange, despite the fact that pieces of orange peel were present. I searched around for edible pieces and found two. The rest had to be thrown out. 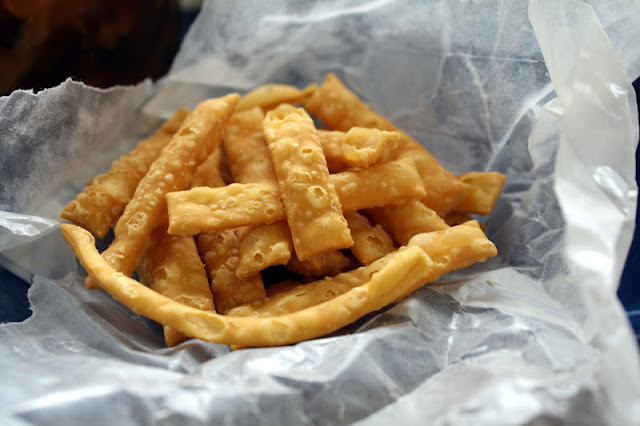 And the wonton chips were stale.

I've never been here, and will probably never go. I don't ever really stray from Fortune House. Although I do want to try Great Wall.