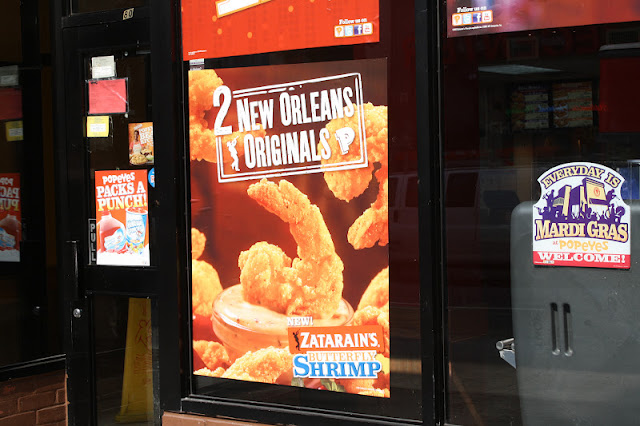 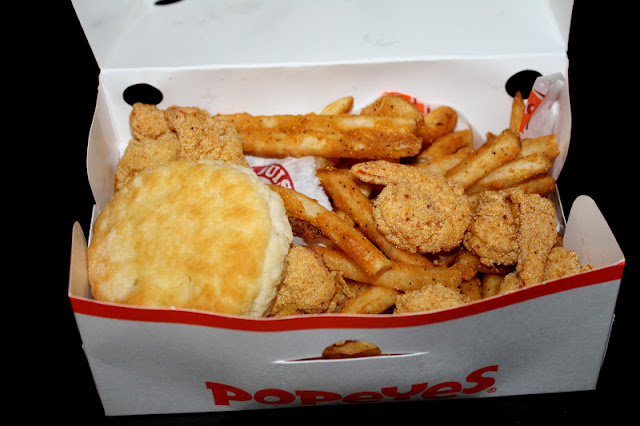 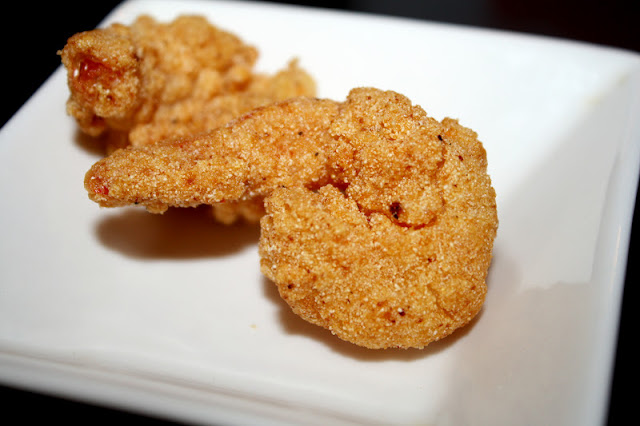 With the possible exception of Del Taco, there is no major fast food chain about which I have said more nice things in the last four years than Popeyes. I have given a thumbs-up to almost all of their promotions.

In short, I have sung the praises of Popeyes for many years and to many people.

And now I'm done with the place.

To avoid making this into one long Yelp review - where I call a place the worst restaurant ever and swear on a bible that I will never return because of one particular slight - I'll share some of the other problems I've had with Popeyes lately. The portions - including those of my beloved crawfish po' boy - get smaller every year. I have not been able to find the aforementioned Delta Sauce in over one year. With the exception of Wendy's, I find that no fast food chain is as consistently filthy as Popeyes' locations.

But none of those things are the straw that broke the camel's back. It's the fact that they constantly advertise their promotions without having the promotions ready, most specifically the sauce. I've written, many times, of the propensity of Popeyes to release a product promising some new and delicious-sounding sauce and then not having that sauce. It's the rule, not the exception with Popeyes. Other people agree with me - these are culled from comments over the years:

"Dang if my location didnt have the sauce either"

"No dipping sauce at all... We were VERY disappointed!"

"It has been my experience in recent years that Popeye's almost never has their promotional sauces in store no matter where you are. It's weird and frustrating."

"I got totally jipped! No Tabasco bottle for me."

Once, someone from the company wrote me in a half-hearted attempt to explain why they so often do not have the sauces, something about "underestimating consumer demand," which sounds great but does nothing to explain why the sauces aren't available at the beginning of the promotion. I'm not talking about running out of sauce; I'm talking about never having it in the first place.

So when I learned recently that Popeyes would be releasing a new butterfly shrimp, calling it "Zatarain's Butterfly Shrimp," and serving the crustaceans alongside a lemon garlic sauce, I intended to try it, as long as I found a location with the sauce.

Yesterday I was out for a walk and saw the sign in the window of my local Popeyes. I walked in and was asked what I would like.

"I want to try the new Zatarain's shrimp," I said, "but only if you have the lemon garlic dipping sauce."

So I ordered it, paid, and after a short wait, perhaps only 30 seconds, the same girl started to hand me the bag.

"What kind do you want?"

"I want the lemon garlic sauce," I said, puzzled. We had just discussed this 45 seconds earlier.

"We don't have that yet," she said with a smirk.

I didn't say anything, I just grabbed my bag of food, turned and walked out. What would be the point? (It suddenly dawned on me that perhaps they are instructed to lie to customers: "Don't worry, our food is so good they'll come back.")

Was the food good? Of course it was good: it's Popeyes butterfly shrimp. If you can find them and they have the sauce (for real), then I would say go for it. The Zatarain's cornmeal spices were tasty and crunchy. They would have been complemented nicely with the lemon garlic sauce. (Was I hoping for more than six shrimp for the five-and-a-half bucks I paid? Yeah, but I can't say I was too surprised, given what I wrote earlier about the diminishing size of Popeyes' promotions.)

It reminded me of something Chefprotoss wrote in a comment here last summer:

"Damn Popeyes for being so delicious that we will deal with their BS!"

And that's how I used to feel. But not any more.

It was fun Popeyes, but you're more of a headache than you're worth these days.
Posted by JustinM at 10:24 AM

Popeye's has met its Brutus.

I don't believe I and my band of 18-20 followers has the power to do anything to Popeyes. And to be honest it's fine with me if they keep on succeeding. They do make a tastier product than most other chains. I'm just tired of being disappointed by their deception.

Or do you mean Brutus The Barber Beefcake? Because I would totally put them in a sleeper hold then cut their hair.

haha!!
I mean Popeye's nemesis. In some of the cartoons he was called Bluto.
He fancied Olive and Popeye was always compelled to kick his butt.

I never read any cartoons except Archie. When they told us our new kitty is named after "the character Hawkeye," I assumed they meant MASH. I don't know anything about the Avengers.

I assumed your kitty was named after the M.A.S.H. character as well.

According to Wikipedia - which is never wrong - both Hawkeye Pierce and the Marvel Comics Hawkeye take their name from the Last of the Mohicans character.

So we're old and reach for T.V. references before we go to literary references. It's a good thing we're cute.

I saw that in the window and my first thought was I wonder if they'll have the right sauce (tho I didn't know what it was) and my second was I wonder if Immovable Feast will write about it soon.

what the shit is wrong with that employee, I would have demanded my money back and kept the food.

I can't believe they flat out lied about the sauce. I wouldn't mind so much someone saying sorry we don't have that, would you still like the shrimp as opposed to them saying it when they handed me my food after I paid.

With the exception of Wendy's, I find that no fast food chain is as consistently filthy as Popeyes' locations.
Really??
Every Wendys I can remember being in has been immaculately clean. Hardees, KFC, sure. But Wendys?

Yes, really. I don't write things if I do not mean them. Every Hardee's and Carl's Jr. I have been in has been cleaner than any Wendy's I can think of in Southern California. KFC is pretty disgusting, too, but still cleaner than Wendy's.

I've always been satisfied with the cleanliness of Wendy's - perhaps those in SoCal are different.

The filthiest FF restaurant I've ever been in was a Captain D's in East St. Louis. There was a cockroach on the wall behind the order counter right near the heating lamp where they put the food. Disgusting.

Hi Ryan. I can think of 5 Wendy's (at the moment; there may be more) to which I have been outside of SoCal: Utah, Florida and Michigan (very clean), Arkansas (not clean), New York (very dirty). So maybe it is that the ones I've been to in SoCal are filthier than the ones elsewhere.

I've never been to a Captain D's. I didn't really have any desire, and now I definitely do not.

They're supposed to give you 8 shrimp! Boooooo. But yeah, I've had the same problem with the sauces. I think one time I got a tiny bottle of Tabasco sauce from the previous promotion, randomly for another promo several months later...

:P haven't been to Popeye's in ages and now I won't because of this post :P but in case if I ever do and they have sauces, I'll get 3 of each kind and save them for you :D