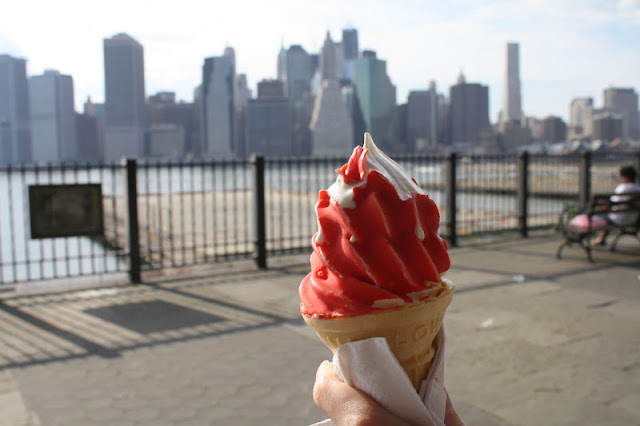 For years in California we searched to find Elizabeth a cherry-dipped cone. No place served them. Even when we heard rumor of a Dairy-Queen that sold them, we would arrive and find that they only had chocolate or vanilla. On a trip to New York two years ago, we got them from an ice cream truck on our first day in the city. They were spectacular.

The collage of photos at the top of this page is something I made up last year from photos I had taken with a new Canon DSLR. My friend Bryce liked it but expressed disappointment that it did not contain a picture of our cherry-dipped cone from 2010. So I took that photo and inserted it into the collage; it remains the only one that was taken with a different camera.

I figure Bryce must be getting increasingly nervous about his beloved L.A. Kings, so I thought he would enjoy these photos to take his mind off hockey: 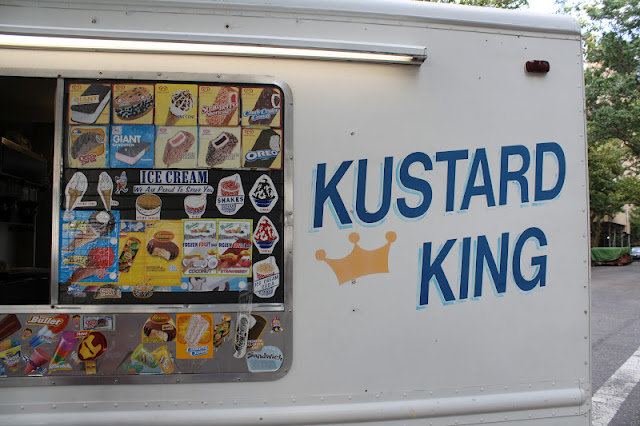 On Friday it was a golden afternoon yet very muggy. Elizabeth had gotten home from work a little early so we went for a walk. We came across the Kustard King truck and just had to have a cherry-dipped cone. 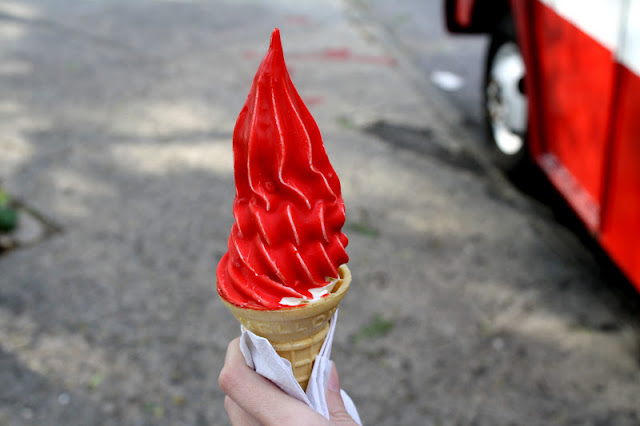 It was so good. We split it, but kind of wished we'd each gotten our own.
Posted by JustinM at 10:56 AM

does the ice cream dude dip it or does it come pre-dipped?

He takes a vanilla cone and dips it.

Weekend post! Thanks, I'll take the distraction. The good news is that I get to watch at least one more hockey game this season.

I hope it's only one more.

That's exactly what it does.