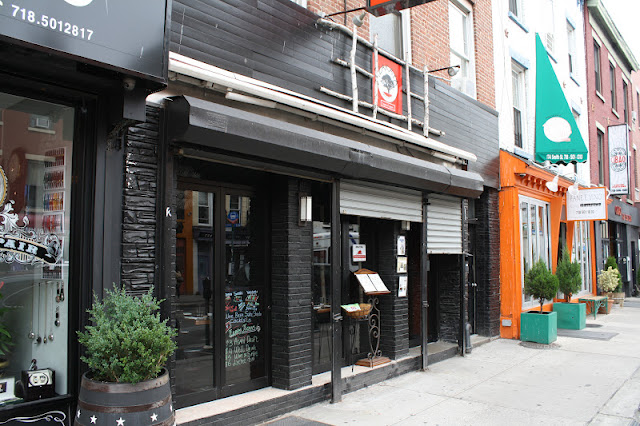 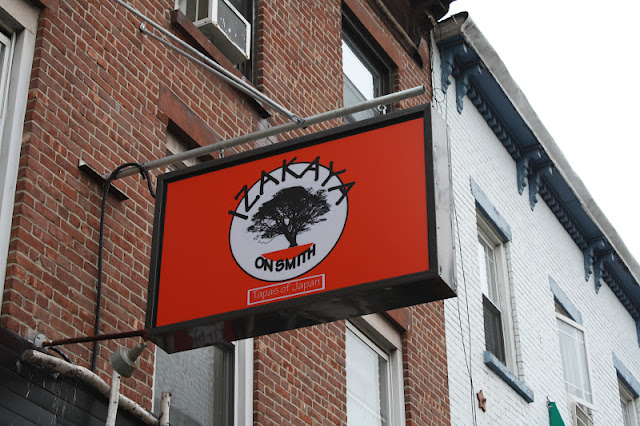 My brother and his motley crew were in town last week for a stunt they were putting together for a TV show, so I went out to dinner with them one night. We walked from their hotel over to Smith Street and looked at a couple of places before deciding on Izakaya on Smith. 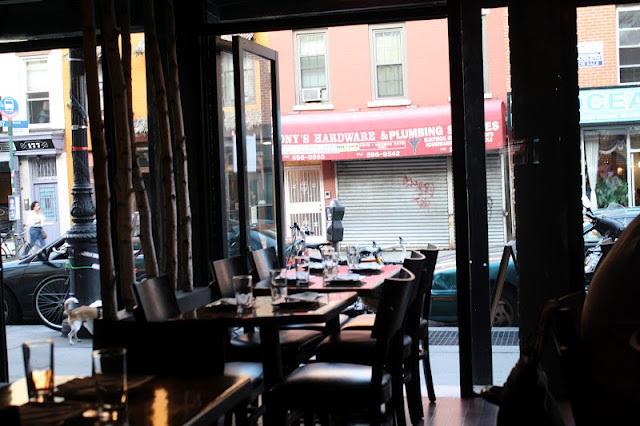 It was not very crowded; there were never more than three other tables occupied. It was quite dark inside, which only increased as the outdoor light vanished. There were seven of us and I wish I could have taken pictures of everyone's food, but it just wasn't possible in such low light. 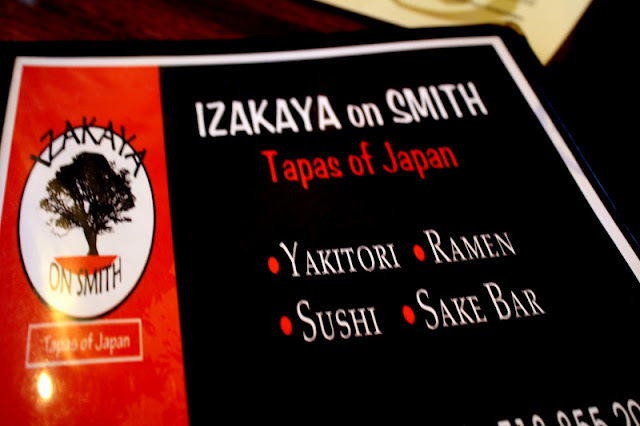 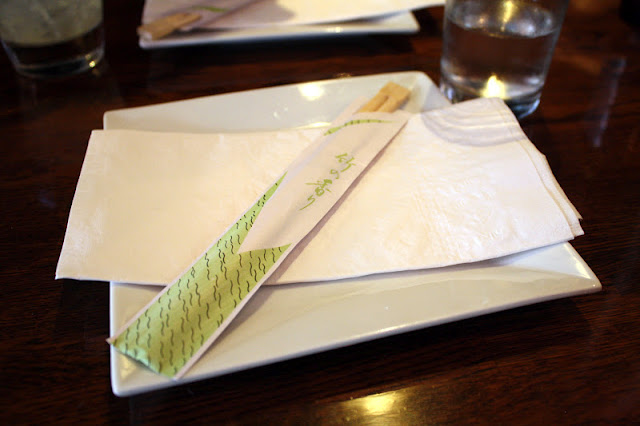 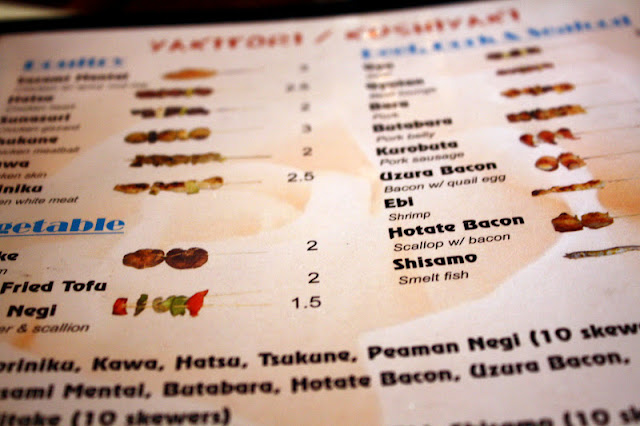 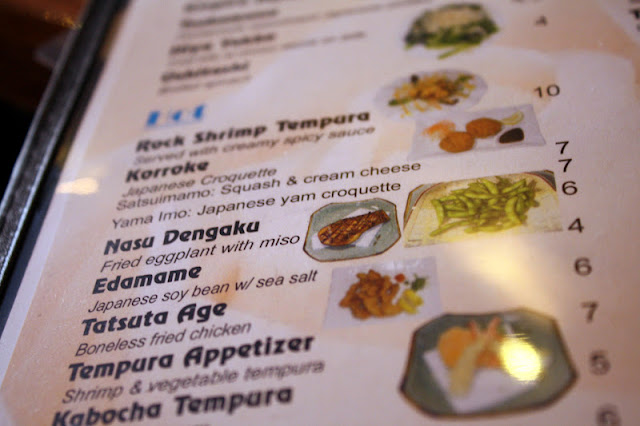 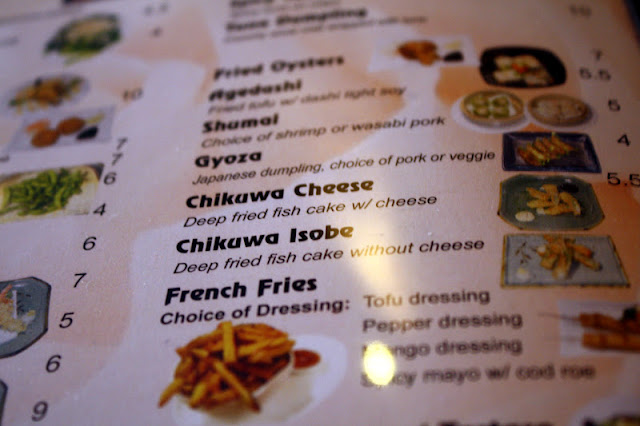 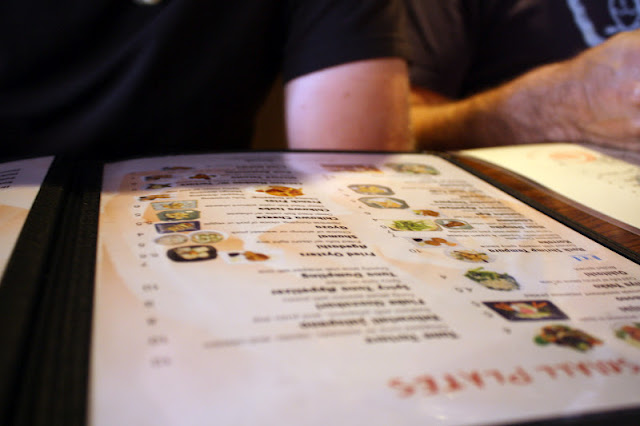 The menu was large, everything from sushi to hot and cold appetizers to (for some reason) french fries. I dared one of the guys to get fries with tofu dressing and was laughed at. 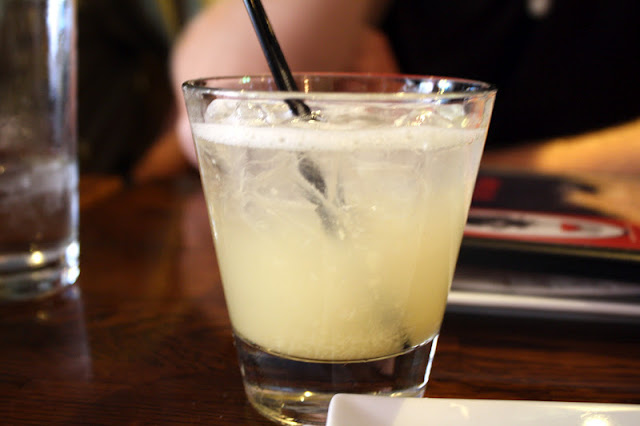 My brother had himself some kind of ginger soda. I wasn't really paying attention but he must have liked it, as he had more than one. 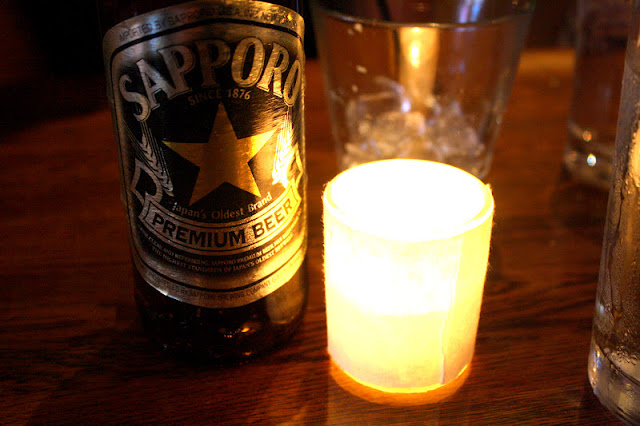 I had myself a Sapporo. 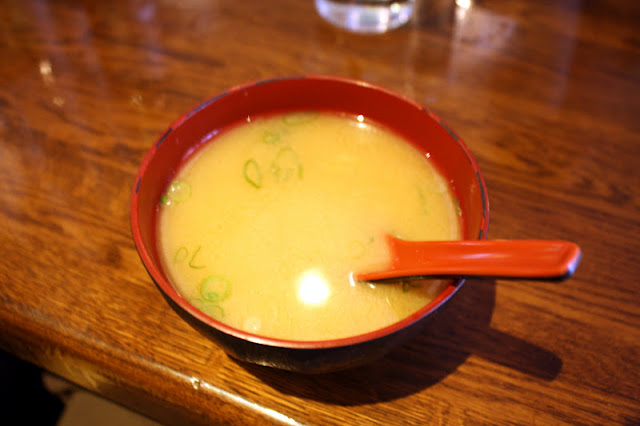 The miso soup was pretty good. Not great, but tasty.

I started with rock shrimp. This was awesome: meaty shrimp in a crispy tempura batter with spicy mayo. I asked if anyone wanted to try a bite and was pleased when nobody took me up on the offer. I cleaned this plate. 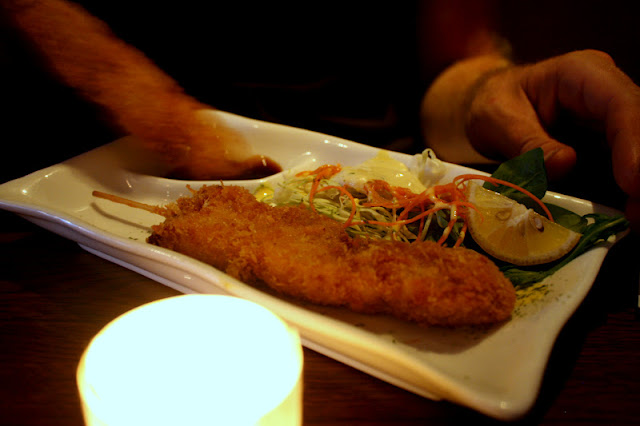 My brother had some pork cutlets on skewers. He annihilated them so must have thought they were good. I did not try any, though I did eat most of the small salad on the plate and thought it was great. 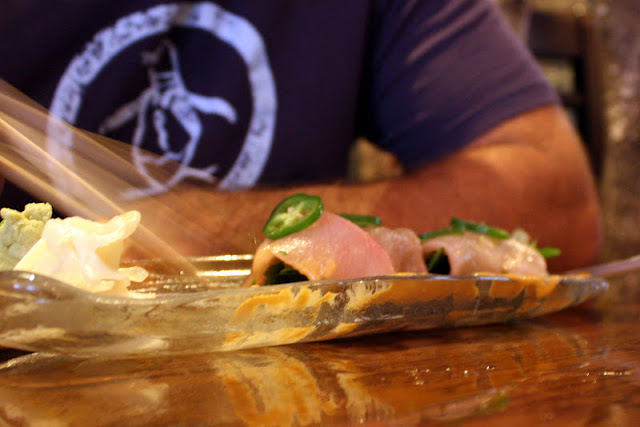 R.B. had some spicy yellowtail sashimi and it looked amazing. 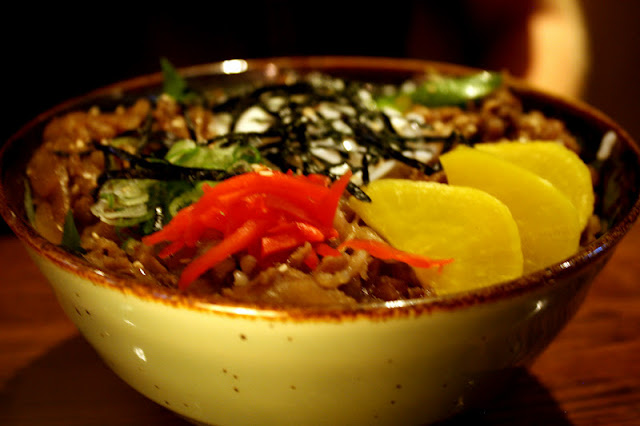 My brother's gyudon - beef and onion in a bowl of rice. He gave me a bite and I really liked it. 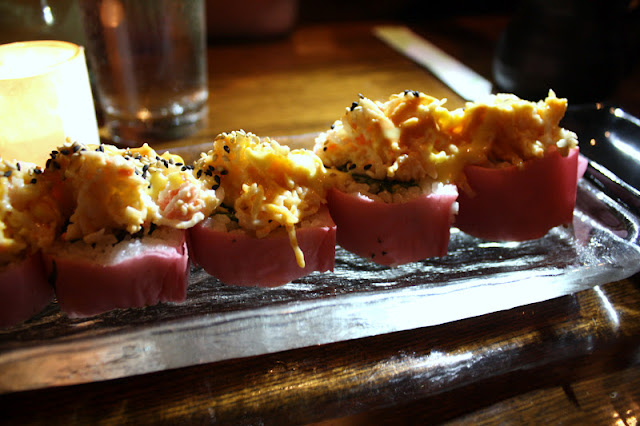 This was one of the tastiest sushi rolls I have ever had.

There were plenty of other dishes on the table and I wish I could have photographed them all, but as I said, it was hard taking photos this evening. Chris had a spicy tuna roll that he said was great, Johnny had Hamachi Kama (grilled yellowtail collar) that he loved, and there was plenty more.

My one complaint with Izakaya on Smith is that the service was very slow. Now, I admit there were seven of us and we all ordered multiple dishes, but as I mentioned at the beginning, there was never more than three other tables in the entire restaurant. It should not have taken more than 90 minutes for some of our dishes to arrive. (There was an hour lag between receiving my rock shrimp and sushi roll.) After I had been at the restaurant two hours, I had to leave, and my brother still had not received a plate of sushi he had ordered.

I really liked the food at Izakaya on Smith. Far too often I have been to places calling themselves izakaya where I feel like they are serving frozen Costco-quality dumplings (which is not to say bad, just very basic) and laughing at me back in the kitchen. This food was all really good. So I will return and give it another try. Hopefully it won't take as long next time.
Posted by JustinM at 9:30 AM

Loving RB's Original Penguin shirt! One of my favorite companies.

There is nothing NOT to love about that beautiful bastard.