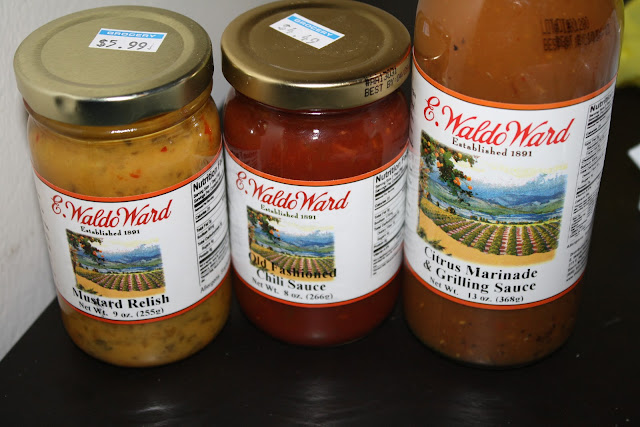 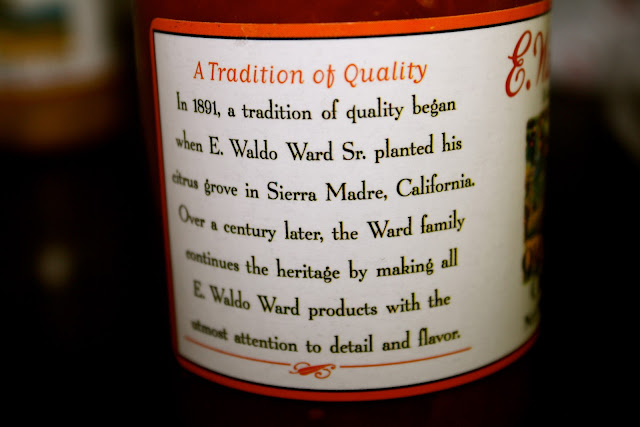 The most texts messages I have ever received from friends in one day about a subject not involving me (i.e. not counting my birthday, or asking if I was okay when Hurricane Sandy hit NYC, or my appearance on To Catch a Predator) had been the day the Angels signed Albert Pujols. I don't remember exactly how many people contacted me that day, but it doesn't matter: the number was shattered the other day when Huell Howser passed away. Friends I have not seen in years sent me messages asking if I'd heard.

This won't be a requiem for Huell, as I didn't know the guy. But the work speaks for itself, and I loved the work. Long before I started reading Jonathan Gold, I got ideas for food adventures from Huell's programs. I could spend an hour trying to think of places and foods I either discovered or finally tried because of Huell and still leave some out. (Zacatecas Raspados, apple picking in Oak Glen, Noriega's, Galco's, Kruegermann, the Gilroy Garlic Festival, the French Garden, China Islamic, Mr. Baguette... and this is just off the top of my head.)

When I was a kid he also did a segment on E. Waldo Ward in Sierra Madre, though I don't know if I ever saw it until I was in my 20s. I've been a fan of E. Wado Ward's foods for a long time, and I brought three of them back with me from my recent California vacation. I wasn't really planning to write them up, or at the very least I was going to just throw them into one of the "Snack Time" posts, but in the last couple of days I've been thinking about the concept of California's Gold and decided that E. Waldo Ward deserves its own post.

E. Wado Ward - the man, not the company - moved to Sierra Madre (my hometown) in 1891 and planted 20 Navel orange trees. After a while he started making marmalade and preserves. 120 years later his descendants still make products using the best ingredients possible and old-school methods.

I have had more than a dozen items over the years. All of them have been good and I wish I could have brought them all back with me, but I only had so much room in my suitcase. So I chose my three favorite. (In case you're wondering, you can order from Waldo Ward online. My favorite items that I did not have room for are the mango chutney, tartar sauce, "meat & barbecue" sauce, and jalapeño-raspberry jam.) 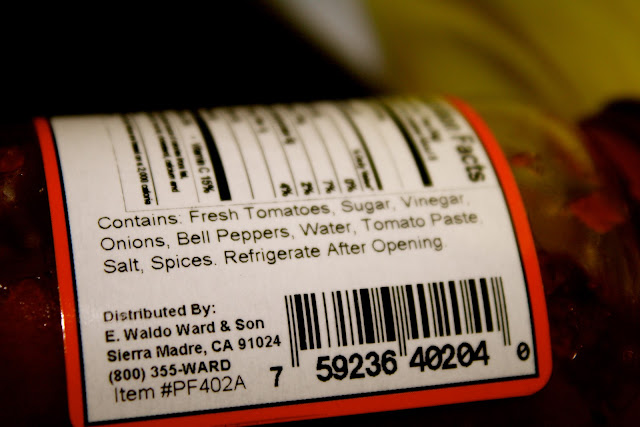 The Old-Fashioned Chili Sauce is unlike any chili sauce I have ever tasted. It's kind of sweet, with a  depth of flavors. I confess I have never looked at the label until I took this photo. I now see why it's so good.  (I also have a bottle of Heinz chili sauce in my fridge. It's not as good and I just looked at the ingredients; I was not surprised to see corn syrup and the always humorous "natural flavoring," whatever that means.) 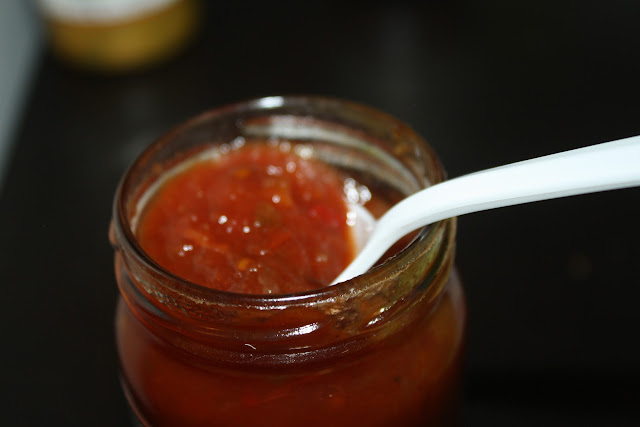 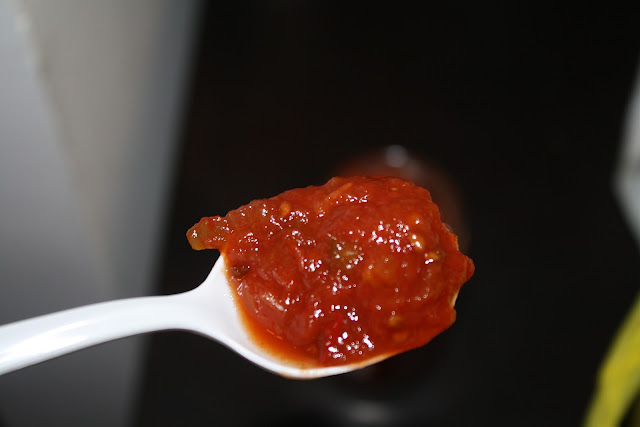 I love the bell peppers in this. 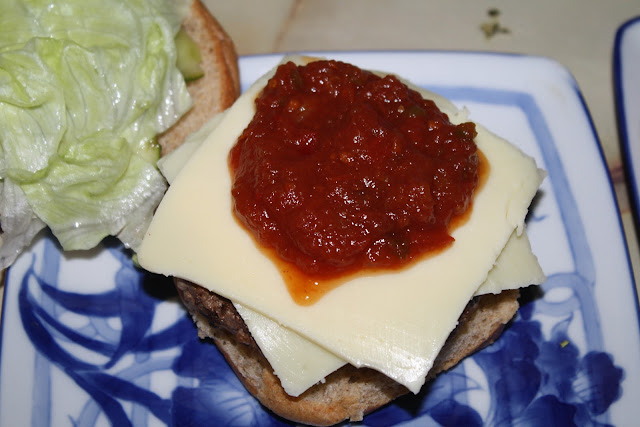 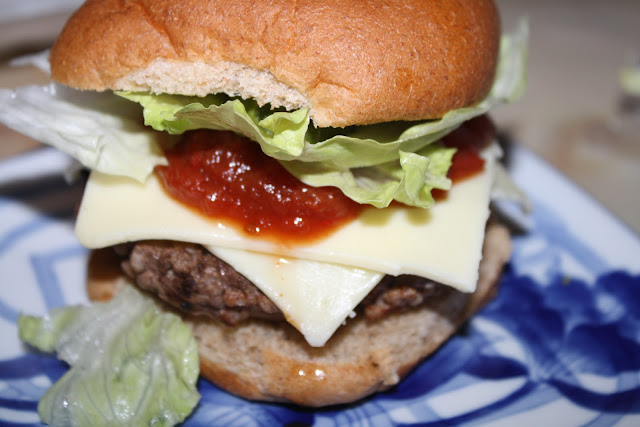 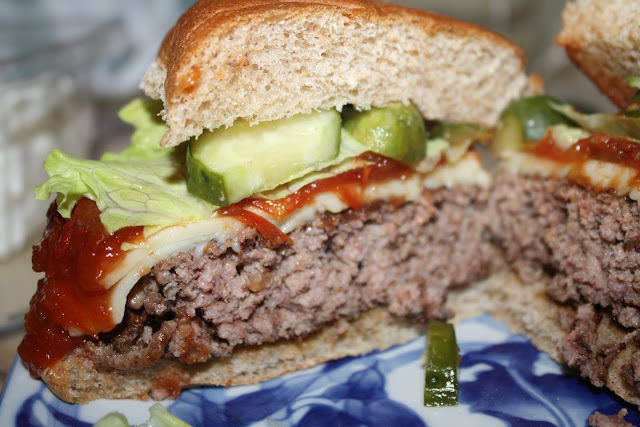 I made a simple burger (that I overcooked, but at least it was good beef) with cheese, pickles, lettuce, and a helping of the chili sauce. It was wonderful. Nothing fancy, just a straightforward, yummy burger. If you like a burger with ketchup, I strongly encourage you to give this chili sauce a try. 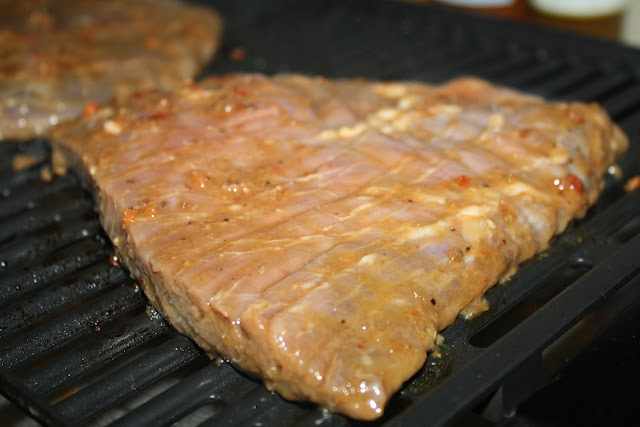 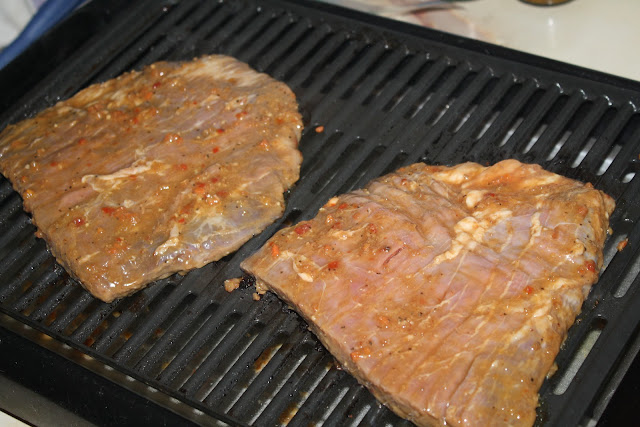 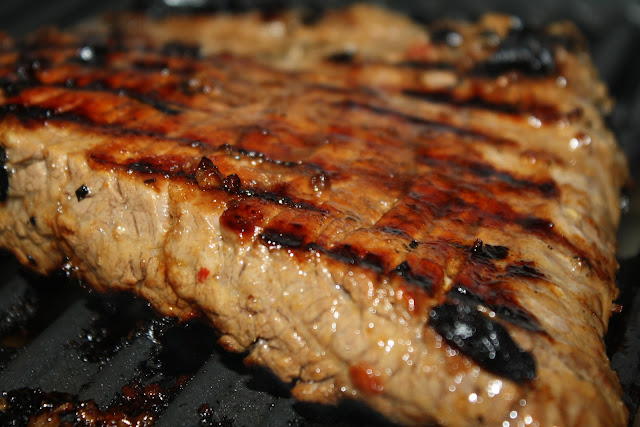 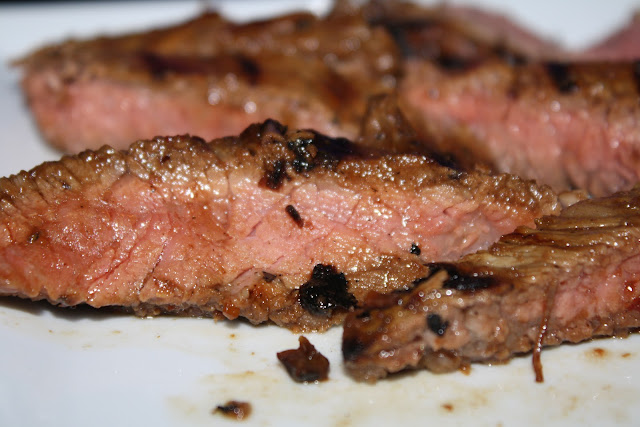 A couple of weeks ago I wrote about a flank steak I cooked when Elizabeth's parents were in town. One commenter and two e-mailers asked what marinade I used and I said I would reveal it one day. It is E. Wado Ward's "Citrus Marinade & Grilling Sauce."

I won't mince words here: it is the best steak marinade I have ever used.

For years, my friend Murph raved about the flank steak that I would cook. I made it for him two years in a row on his birthday. I told him that I did something special to it, though I wouldn't say what. The truth is that I always picked up a Prime flank steak and marinated it for at least two days in this mixture of orange juice, sherry wine reduction, garlic, soy sauce, jalapeno puree, and a few other things. 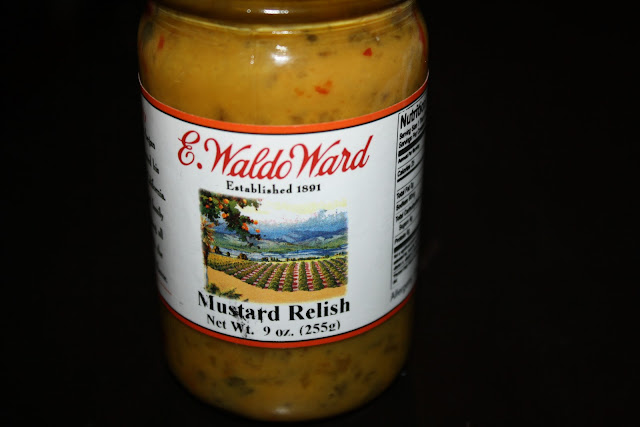 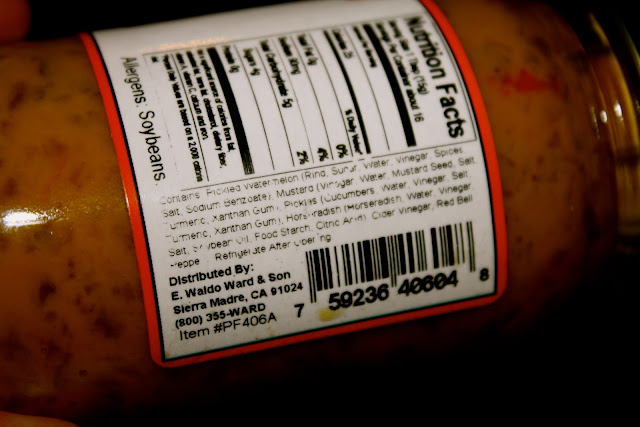 The mustard relish has appeared before on the blog. It is awesome for hot dogs, sliders, really anything where you want to add relish with a little extra zing. The first time I ever tried it, I loved it, but there was a flavor I could not place, so I looked at the ingredients. The first one is "pickled watermelon." How many things have you ever eaten that list that as a first ingredient? 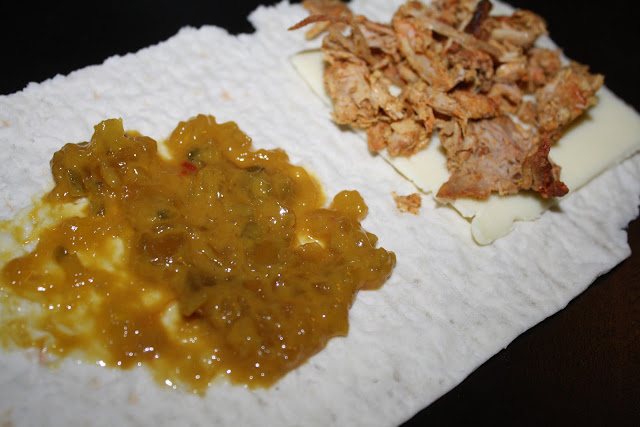 On this occasion I took some of the leftover pork from my BBQ Nachos the other night, placed it on top of a slice of cheese in a lavash wrap, and added some of the mustard relish before rolling it up. 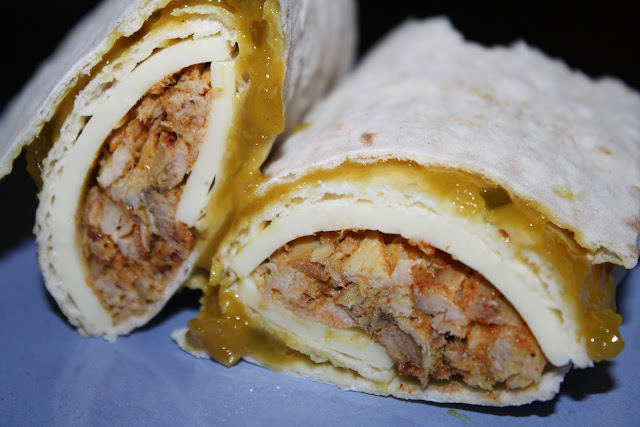 It went wonderfully with the already-mustard-kissed pork. A wonderful snack.

I definitely miss this place. Yeah, I could order more things online, but it's not the same as being able to head to the local butcher shop and pick them up.
Posted by JustinM at 10:00 AM

Have you ever tried Ted's Hot Sauce? It's from a local Buffalo, NY chain. It's somewhere between a salsa, ketchup, and chili sauce. Great heat and sweetness. The kind of thing which pairs excellent with char-grilled meats. If you're ever in a Wegmans, might be something to seek out.

Long time blog reader, first time poster . . . May I ask why you appeared on "To Catch a Predator"?