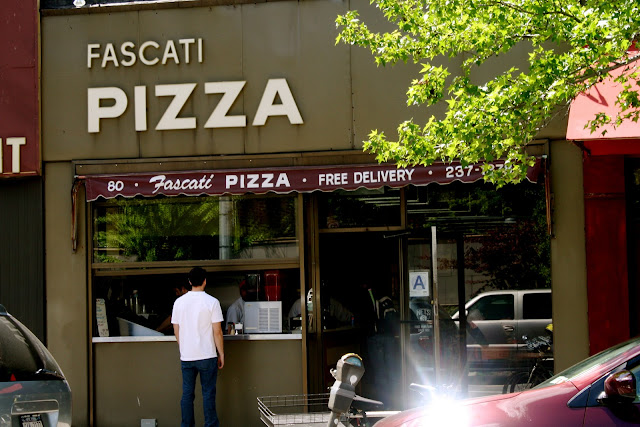 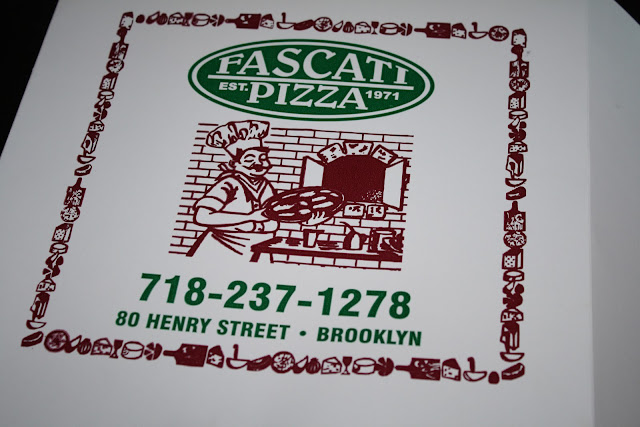 Fascati Pizza is only a few blocks away from me, but I haven't felt that strong of a desire to go, always being satisfied with My Little Pizzeria. But I figured I should at least try it once, so a couple of months ago I stopped in for a slice. 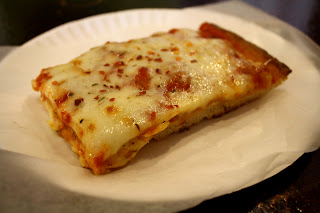 I've eaten a lot of thin crust pizza lately, partly because it's the most readily available, but mostly because it's my favorite kind. So on this occasion I opted for a thick crust slice of cheese pizza. 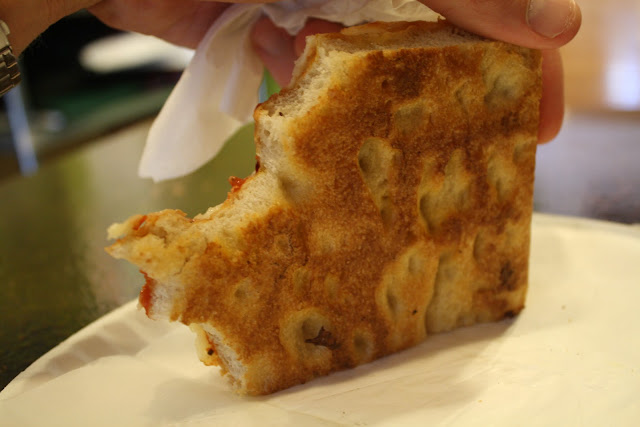 I didn't like it. The crust was the dominant flavor, obviously, and it just wasn't good. It tasted more like I was eating a stale piece of focaccia bread with some cheese slicked on top. It's not a slice I will ever order again.

As I mentioned, this was in the autumn, but I chose not to write about Fascati based on this one visit. It didn't seem right to judge a New York City pizza joint based on getting a thick slice. So I promised myself I would go back and get a thin slice one day. As it happened, last night I made a simple, healthy dinner of roasted chicken and snow peas. It was good, but it just wasn't filling enough, and a couple of hours later we were both hungry for a slice of pizza. There was a soft rain and I didn't feel like going all the way to My Little Pizzeria. What better time to give Fascati a try, no? 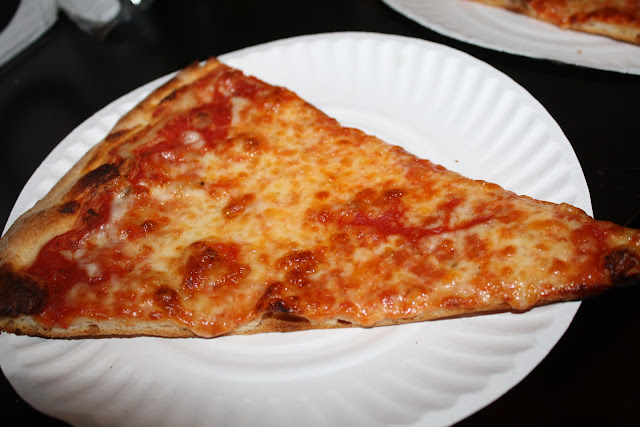 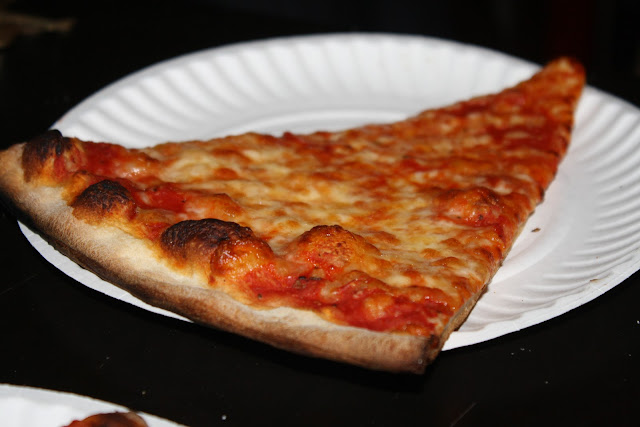 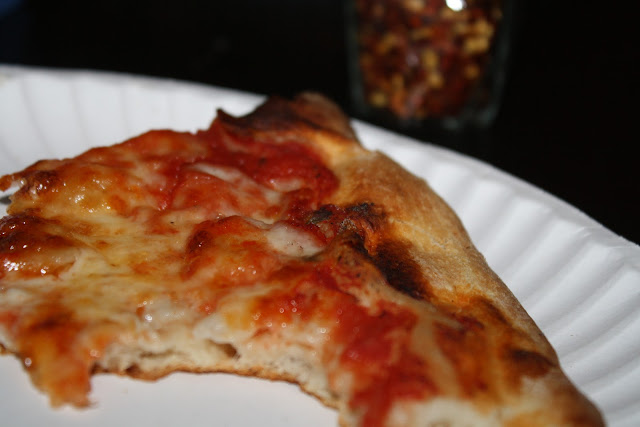 I got us each a slice of cheese. I liked it much more than Fascati's thick-crust pie. Not quite as much as MLP, but a very good slice that I would not hesitate to get again.
Posted by JustinM at 10:00 AM

Thick and square...reminds me of public grade school pizza from my youth.