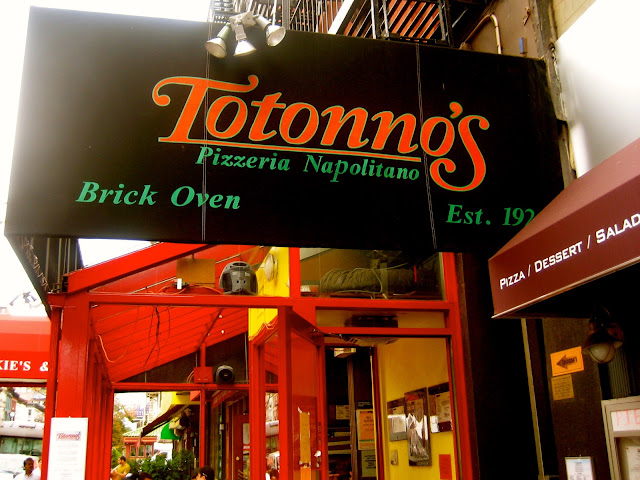 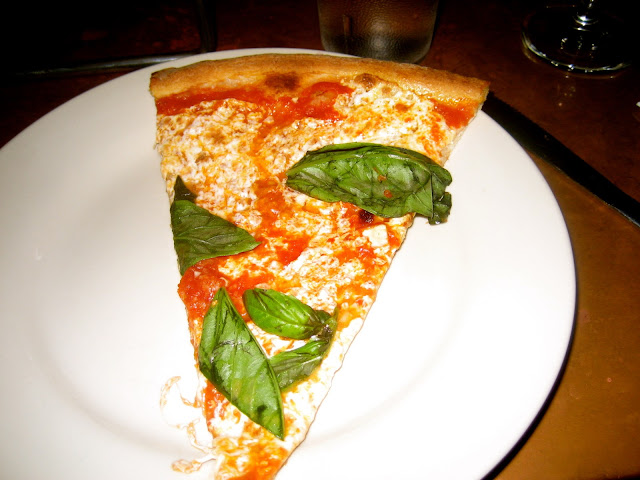 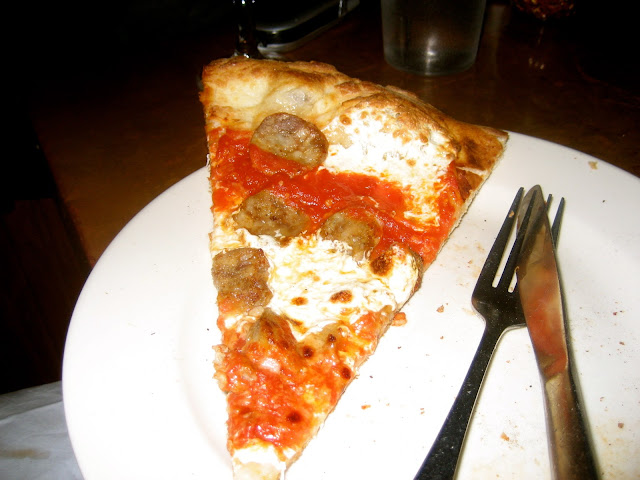 I've never done this before: I ate at Totonno's six years ago and the restaurant has been closed - their Upper East Side location; the original Coney Island location is still open - for a few years. But the subject came up yesterday and three different people wanted to see the pics, so here we go.

It was a Friday night in August and I had just been to Yankee Stadium for the first time. The night before, a massive storm had cleared out all the humidity (and also forced us to wait on the tarmac for 5 hours before they let us off the plane) so the night was just about perfect. The Angels hit three home runs and won the game.

Afterwards, six of us took the subway back to Manhattan and stopped at Totonno's for pizza. They were nearing closing time but the manager assured us "As long as I keep telling [the cooks] to make pizza they'll make pizza." So we ordered four pies in succession, ordering the next one as soon as we were halfway done with the previous.

The two I've photographed here were Margherita and meatball, and they were the best pizza I have ever had. Well, so far...
Posted by JustinM at 10:00 AM

That does look real good, even with the old camera. :)

Do you have a favorite 'standard' pizza (i.e. a plain slice, not a margherita with fresh moz etc). It's kind of ironic that it's becoming easier to find a nice wood-fired neapolitan inspired pie than it is to get a good old fashioned mom-n-pop pie!

Well, I always try to get garlic and basil to measure a place, but if you mean REALLY basic, then plain cheese with a shake of crushed red pepper.

Ah I have re-discovered your blog and remembered why it was so enjoyable! All of the years I lived in NYC, I never got a chance to check this place out before the UES location closed...I may need to pay a visit when I go to the east coast again.

"Re-discovered?" Why did you leave me? You were around a long time ago.