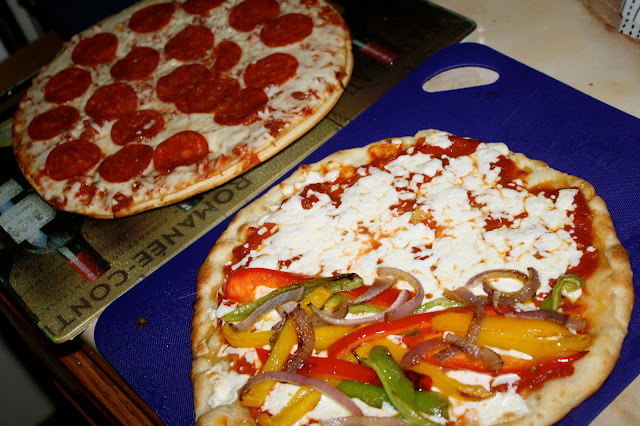 We often make pizza on Sunday night. It's something really easy to do and relaxing to eat while we watch any number of TV shows - Walking Dead, 60 Minutes, Family Guy, not to mention there is almost always a football or baseball game I want to watch. Back in Pasadena we made homemade pizzas a lot, but here in New York we seem to cook Trader Joe's frozen pizza most of the time. And we went to Trader Joe's yesterday with the intention of picking up some pizzas and a few other things - but it was so busy they weren't letting anyone in. No joke - there were more than a dozen people in line outside the store. It wasn't something I was willing to do.

But I had backup ideas. So here's what we did: 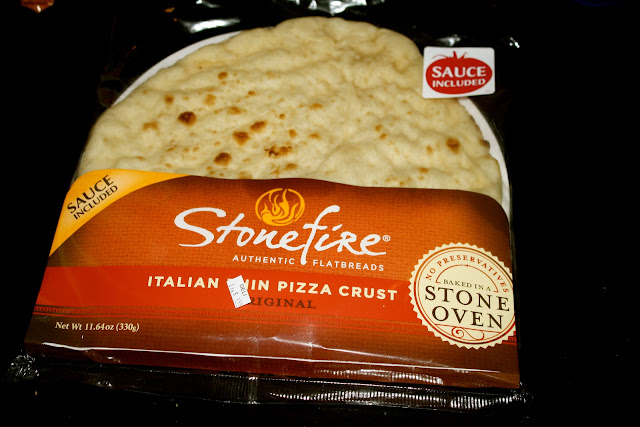 A few days earlier I'd seen this Stonefire "Italian thin pizza crust" on sale at the store. The expiration date wasn't for another two weeks so I figured it would be good to have in the house for a night when we didn't know what we wanted (we always agree on pizza on such occasions) or we didn't get around to eating until too late to get food from a restaurant. It turned out it worked perfectly for this evening. 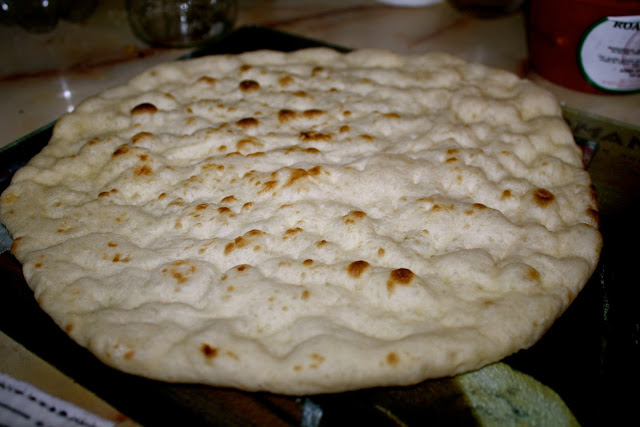 The crust looked fine - certainly better than most other pre-made crusts. There was only one problem. 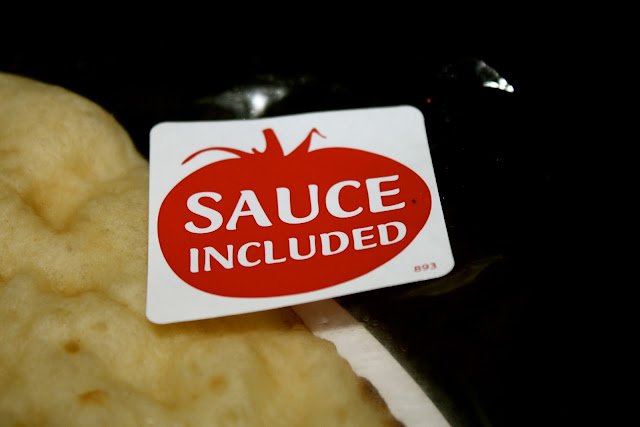 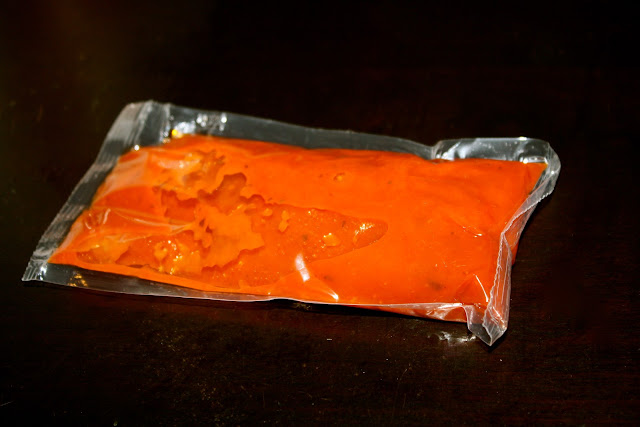 Did I really want to use a packet of vacuum-sealed, room-temperature sauce that was who knows how many weeks/months old? No, I did not. 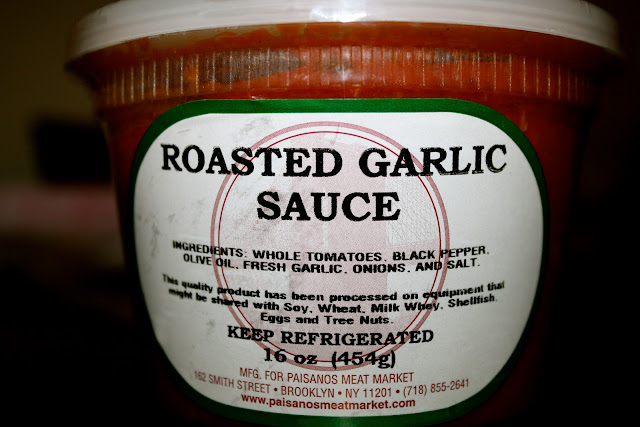 Fortunately, on my last trip to Paisanos, I had decided to pick up a container of their roasted garlic sauce. 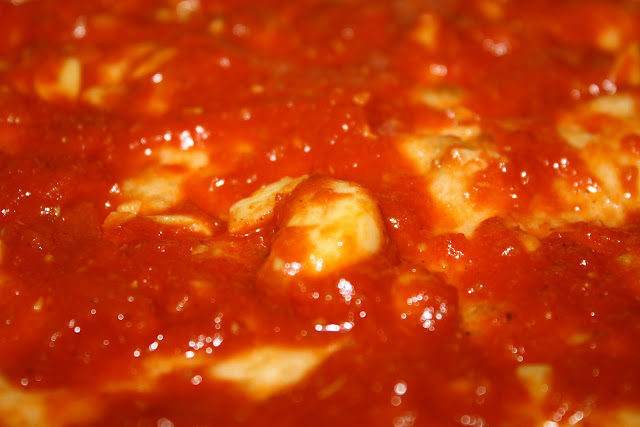 Fresh tomato sauce with chunks of roasted garlic. I can't say for sure, since I didn't try the packet of sauce, but I'm guessing this was better. 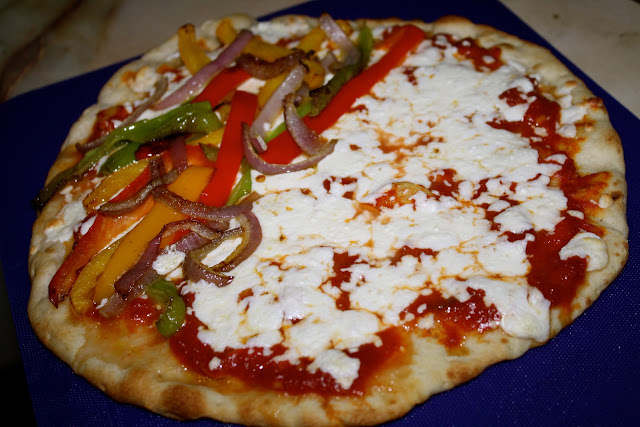 I had red onion and broccoli in the fridge, and for a moment I considered making a pizza like my friend Rob orders when we're out: red onion, broccoli and mushroom. But I didn't have mushrooms - because I don't really like them - and I have an idea for something I want to do with the broccoli in the next couple days. So I decided to sauté some bell peppers with the red onion and use them. Elizabeth just wanted cheese, so I added fresh mozzarella to the crust, topped my half with the veggies, and cooked it in the oven for twelve minutes. 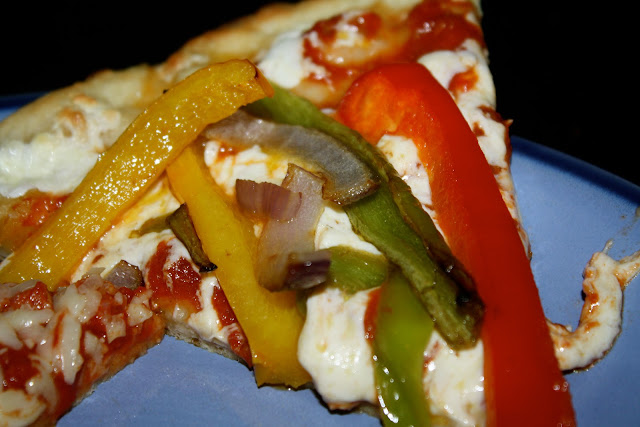 It was really good. I can't say that it will be replacing Trader Joe's pizzas in my rotation, but I definitely plan to get one of these again. And maybe I'll even try the sauce next time... if I'm out of the roasted garlic sauce. 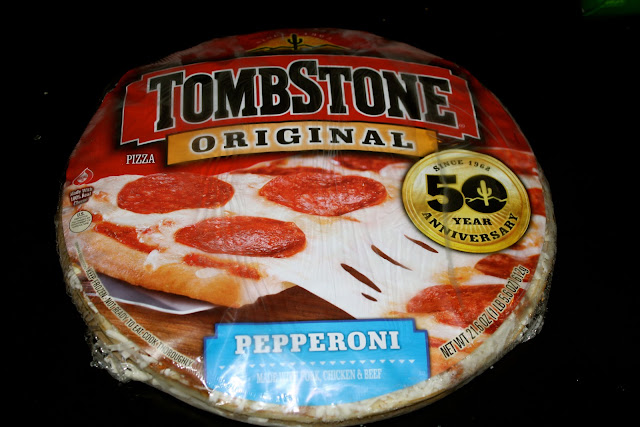 I also had a Tombstone pizza. I confess I have always enjoyed these - although usually I let five years or more go by between eating them. I like the sauce very much. It was just fine this time, though not memorable enough for me to even take a close-up picture of the slice. Whatever. I doubt you feel like you're missing anything.
Posted by JustinM at 10:00 AM

You live in NYC. Surely it's never too late at night to get food from a restaurant?

Looks delicious! Can I have half? Me and the ladies recently made a pizza with tube dough. It's a fun night in.

Anon: Brooklyn Heights is beautiful, but it is every bit as sleepy as Pasadena. Maybe even more so. There are two places I know of that are open past 11 on weeknights. One is legendary for food poisoning; the other I have firsthand experience with their food poisoning.

Mazzy's role was to watch in awe as we ate her entire pizza. Soon, though!
She really did dig her first tiny bowl of mush over the weekend, though.