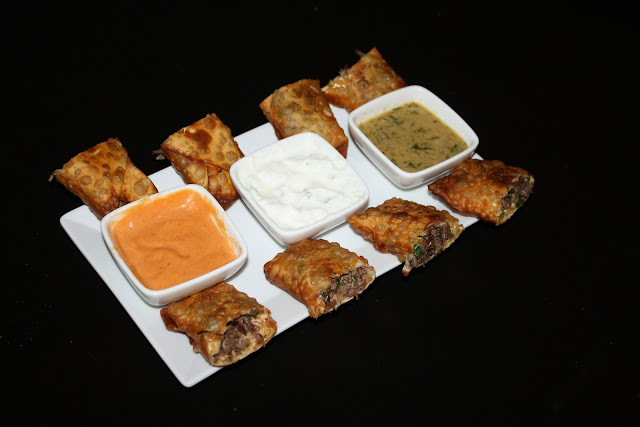 I try to go for a long walk every day. (It's been pretty easy for the last week - even Sunday night, when I went to Fascati around 9PM to pick up those slices of pizza, it felt like it was about 70 degrees out. I'm sure it was colder than that, but I was wearing a t shirt and I was warm.) I pass by plenty of restaurants and often things catch my eye.

Yesterday I noticed a chalkboard outside a restaurant advertising a short rib special. That's sounds good, I thought. Two doors down was another restaurant with a handwritten sign for egg rolls. That sounds good, too.

So I decided to make short rib egg rolls. I'm not sure if I've ever heard of those before. 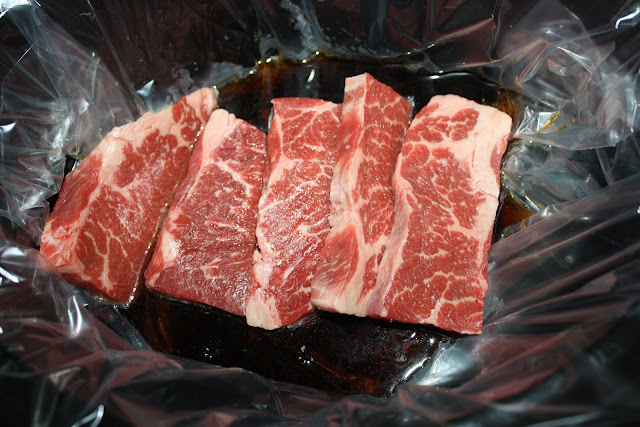 I bought a package of boneless short ribs at the market. If I'd been planning to eat them by themselves, I probably would have gone to Paisanos, but considering all the other elements that were going to be part of this meal - not to mention the fact that I would be slow-cooking them - I didn't feel the need to purchase USDA Prime meat.

I put the five pieces in the slow cooker... 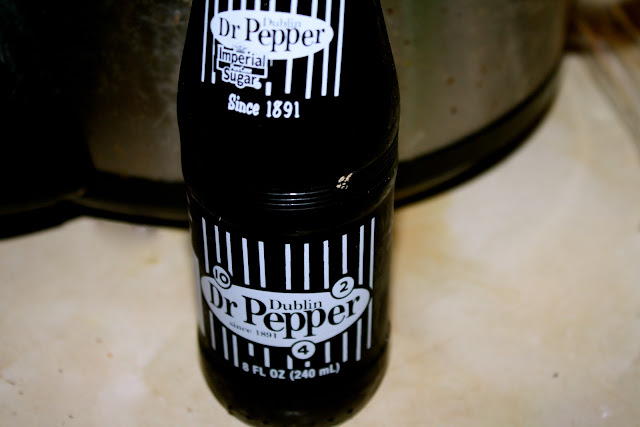 ... and poured in our last bottle of Dublin Dr Pepper. 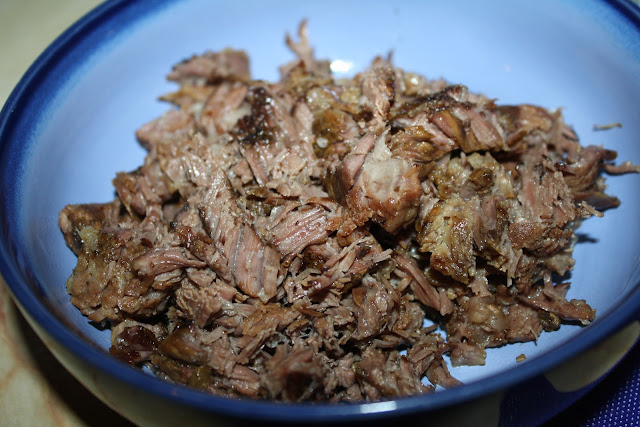 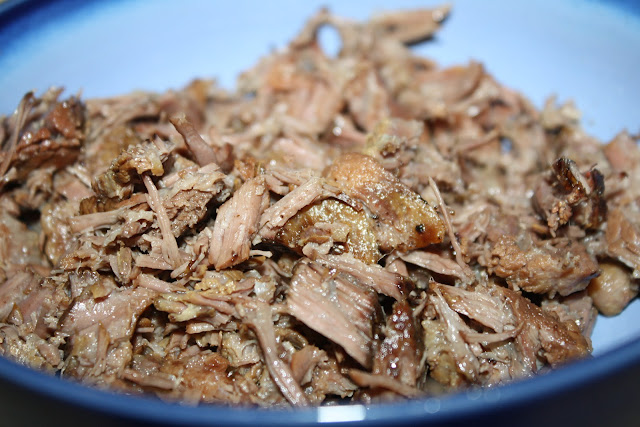 Six hours later I removed the short ribs, scraped off the tiny amount of fat that was still attached, and pulled the meat apart with gentle prodding. 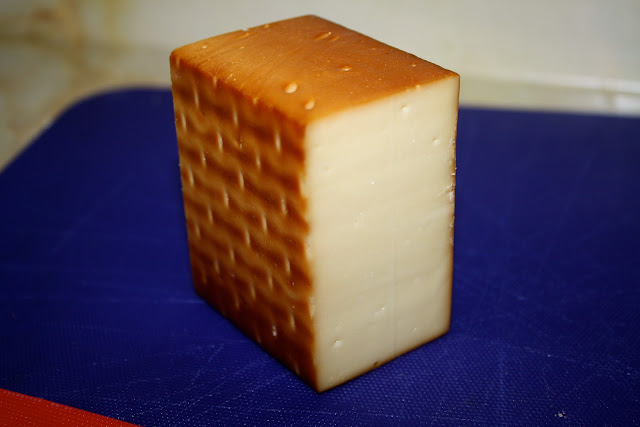 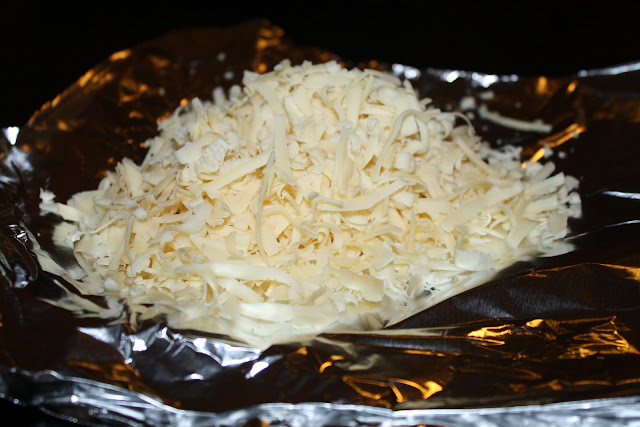 For some melted gooeyness, I shredded a chunk of smoked cheddar cheese. 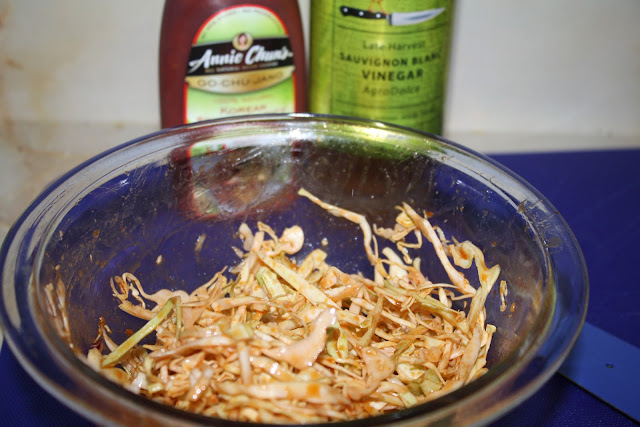 For a little spice and crunch, I made a spicy slaw: shredded cabbage tossed with gochujang and sauvignon blanc vinegar. 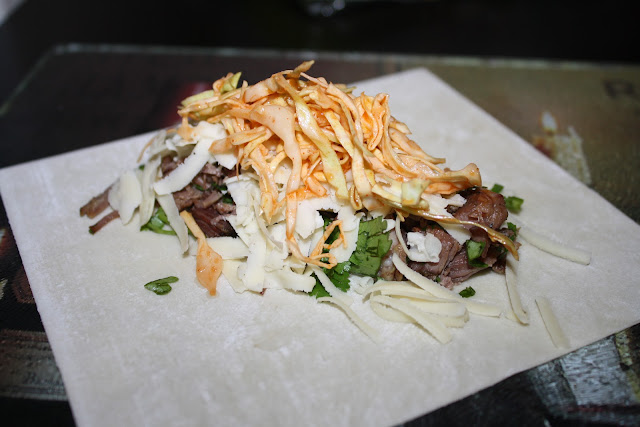 When it was time to fry the egg rolls, I added some cilantro to the shredded short ribs and placed a handful in the wrappers with the cheese and slaw. Then folded up the wrappers and fried them in hot oil. 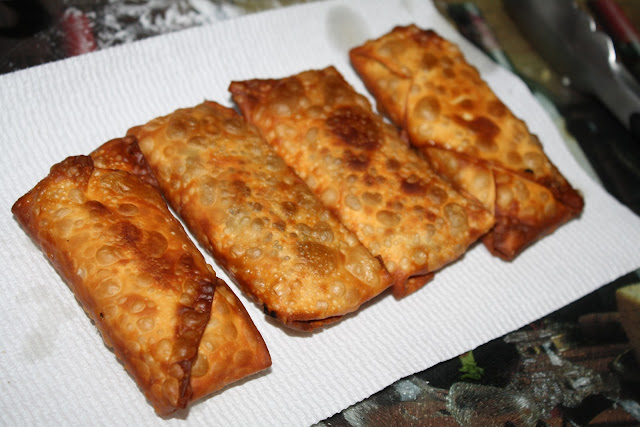 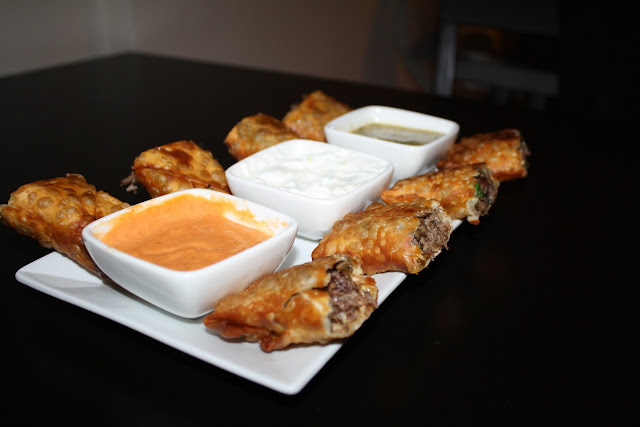 I cut the pieces in half (These were all for me - the rolls I made for Elizabeth did not contain any of the slaw.) 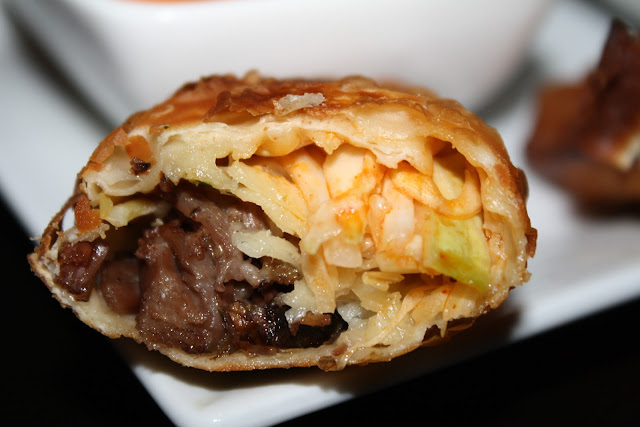 Juicy shredded beef with melted smoky cheese and tangy slaw, all in a crispy wrapper. Yes, these were damn good.

Now let me tell you about the sauces I made. 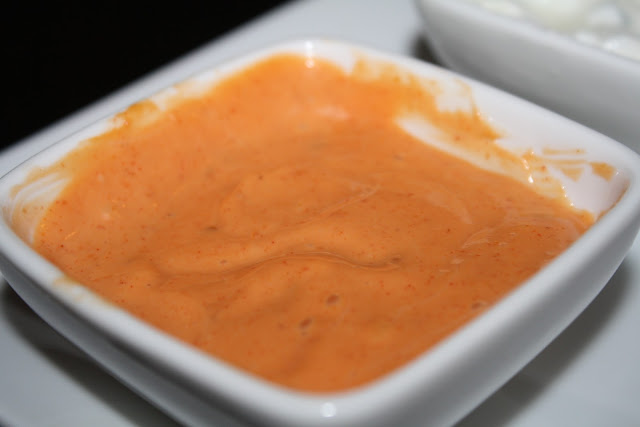 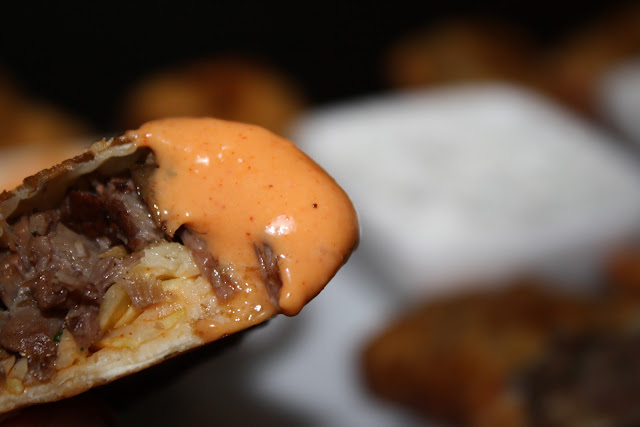 I copied a recipe I found on the internet for gochujang mayo: those two things plus a touch of sesame oil. This was definitely my least favorite of the sauces. Gochujang goes well in a spicy dish like the slaw; I don't like it as part of a creamy recipe. 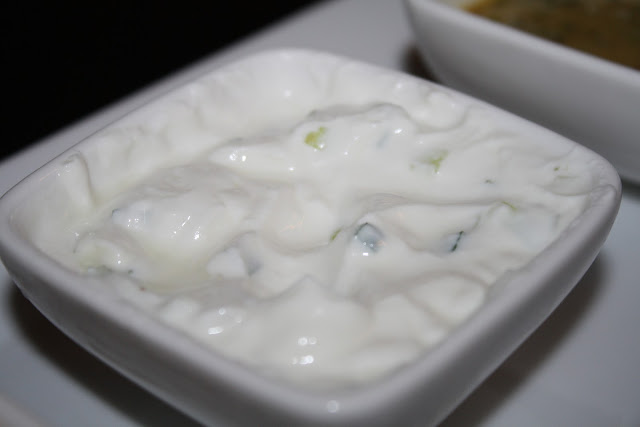 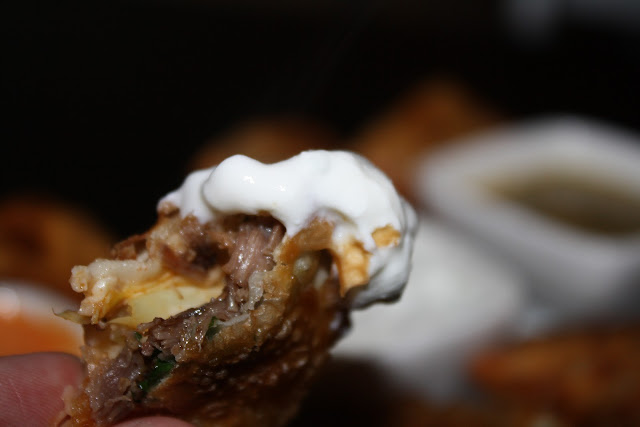 Diced cucumbers with sour cream and grated onion. This was delicious. 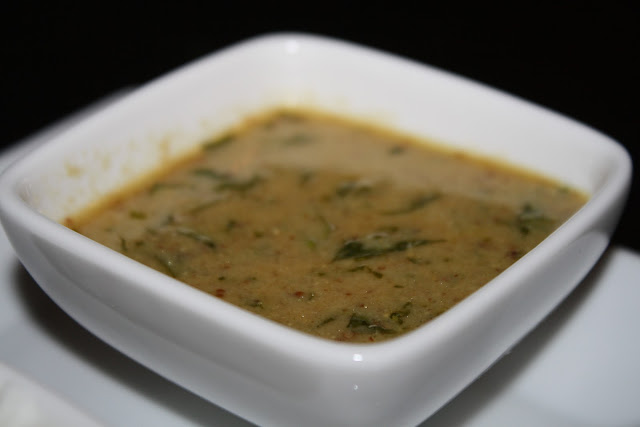 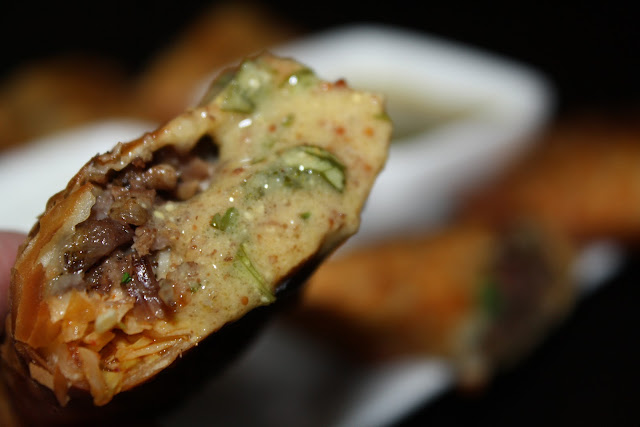 My favorite of the three dips was this mustard sauce: white wine mustard, the sauvignon vinegar, chopped cilantro, and olive oil. We finished this off quickly.

We both enjoyed this dinner.

Actually, all three of us did. 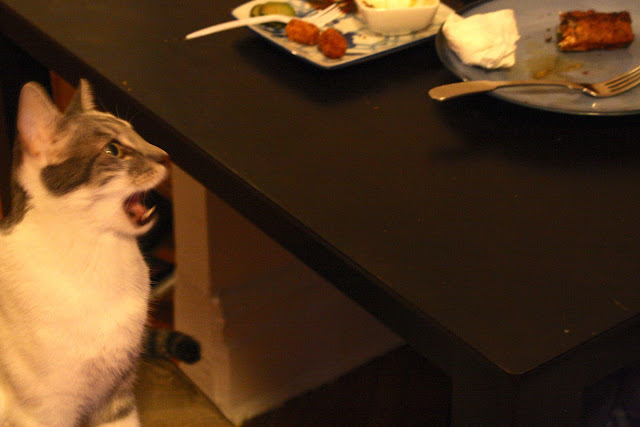 "Gimme some of those short ribs!" 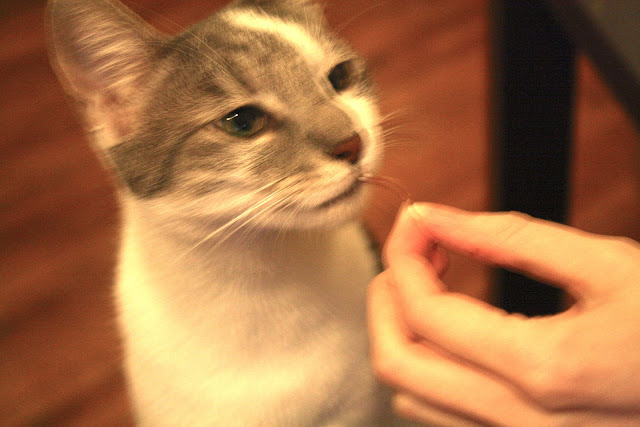 I really need to not read your blog before eating breakfast.

Off to toast a stupid English muffin... need egg rolls...

I don't think I've every had an egg roll with cheese, seems like a weird addition with the cabbage.
On the other hand, short ribs and cheese alone is like a gourmet hot pocket.

Bekah: Egg rolls for breakfast would be weird. I think I'll try it soon.

Rainbow Bright: I thought that, too, until a couple of years ago when I made Reuben egg rolls with corned beef, Swiss and sauerkraut. The cheese/cabbage is not as weird as it sounds once the cheese is melted.

youre a genius, pp

No doubt - but many people call chimichangas "Mexican egg rolls."

Reading a week's worth of your blog posts is the best part of my Friday mornings. I spied some tater tots on one of your plates. Have you done a post on tots and dipping sauces? I'd love to read that.

I don't really like tater tots. But I make them sometimes when Liz asks me too.