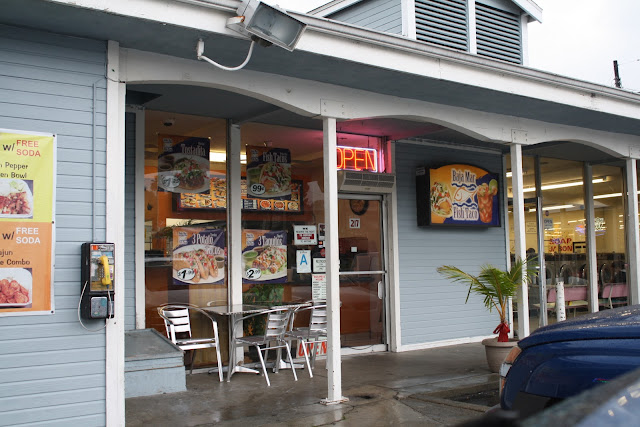 Once again it's a weekend and once again my Elizabeth wants tacos for lunch. Which is always fine by me. But we've hit up La Estrella quite a few times in recent weeks - not that I'm complaining, I love that place. It's just that it's also fun to try new places: I can blog about them, sure, but also you never know what gems might be lurking out there.

Of course, when looking for taco gems, Monrovia isn't the first thing that comes to mind. But I did a Google search, read about Baja Mar, and decided to give it a try. It's down Foothill Blvd., almost east enough to be Duarte, in a small shopping center I've only been to once in my life.

It was a Sunday afternoon and there was not a single other customer, despite the fact that fish tacos are only 99 cents on Sundays. This gave me pause. How bad are they if nobody wants them for only a buck each? But then again, it was pouring down rain. Blame it on the rain, I told myself, stealing the title from that fantastic song, the artist of which I can never remember. (The Velvet Underground? The Beach Boys?) 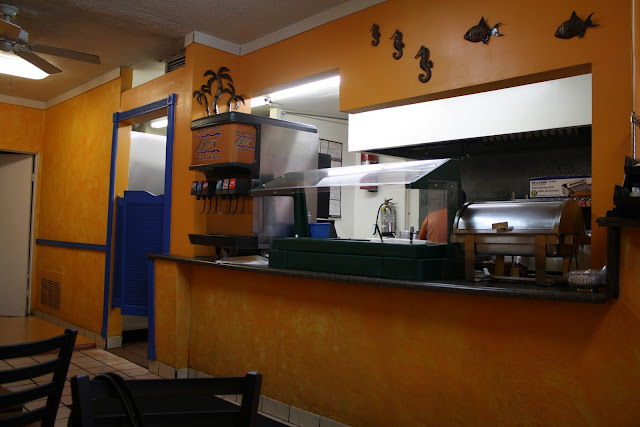 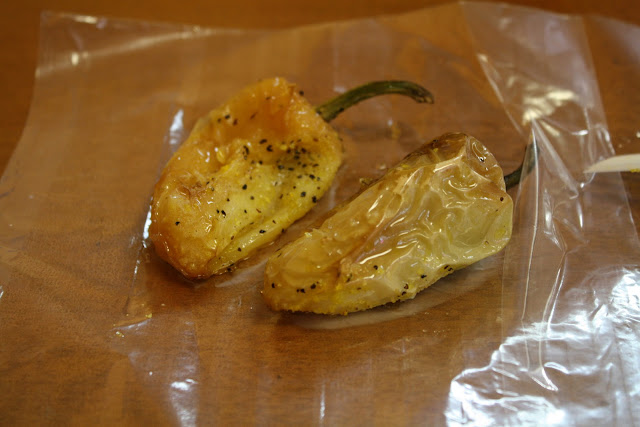 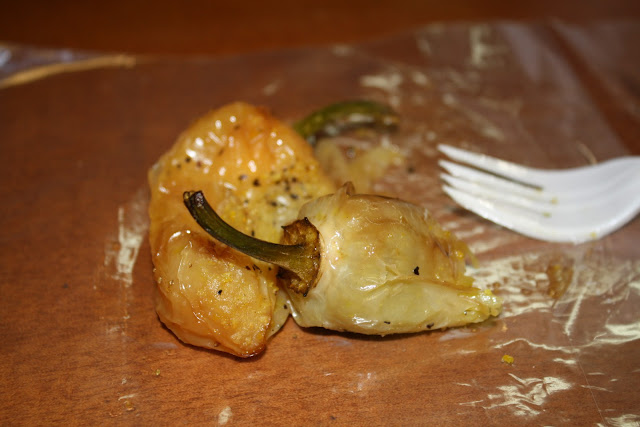 There is a condiment bar with the usual assortment of pickled red onions, cilantro, two kinds of salsa and limes. But there is one other freebie and it is one of the greatest things I have ever had the pleasure to gorge myself on: a chafing dish of roasted peppers covered with salt and pepper. I only ate two before I received my tacos; please believe me when I tell you I could have eaten two dozen of these amazingly tasty little things. 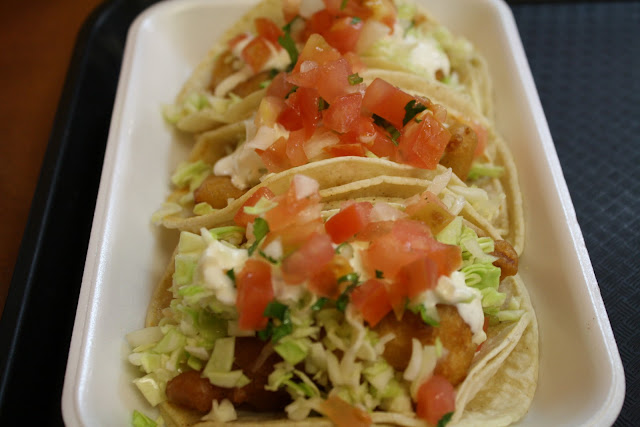 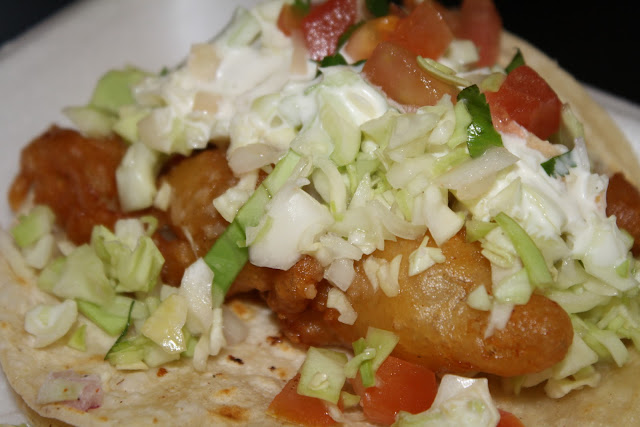 The fish tacos were very good. If you've had fish tacos from more than a half-dozen tacos stands, you have undoubtedly had tacos the equal of these, probably better. But that does not change the fact that the batter was crispy, the fish was moist and, customized with a couple squirts of lime juice and a slug of Tapatio from the bottle on the table, these would have been well worth full price. At 99 cents each, they are a great deal. 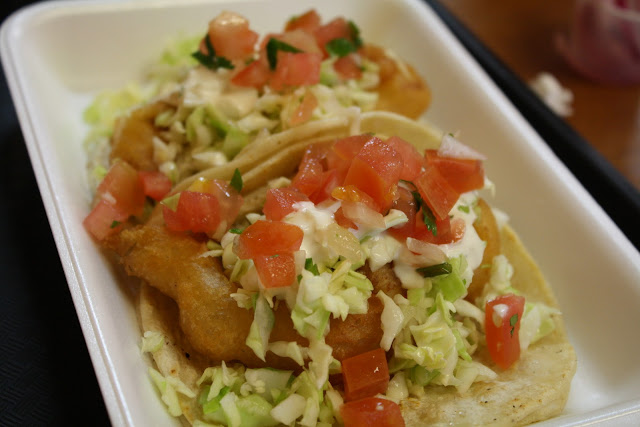 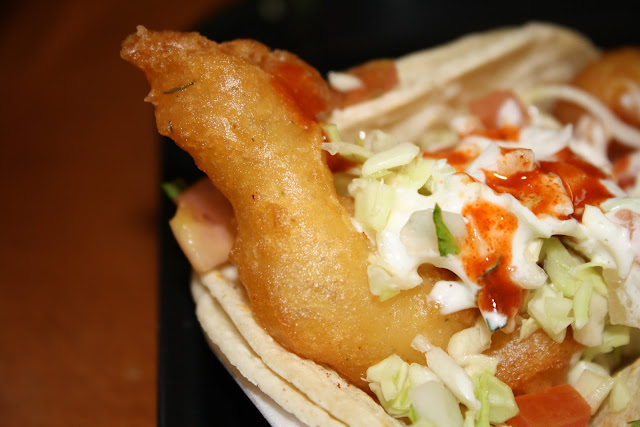 The shrimp tacos were even better. They looked almost identical but the batter was just a touch crispier, the shrimp was just a tad juicier. They don't have any specials on these shrimp tacos, but at $2.20 each they still aren't going to break the bank.
Have I found a new favorite to add to La Estrella and Rosarito? Nah. But I really liked Baja Mar. In addition to liking the food, they were very friendly, the place was clean, and five tacos and two sodas cost us ten bucks (actually $10.05 but I didn't have any change and I gave the guy eleven bucks but he said "Don't worry about it" and slid back the single). I imagine I will return again one day.
But our next taco adventure will probably be in search of a new place.
Posted by JustinM at 10:20 AM