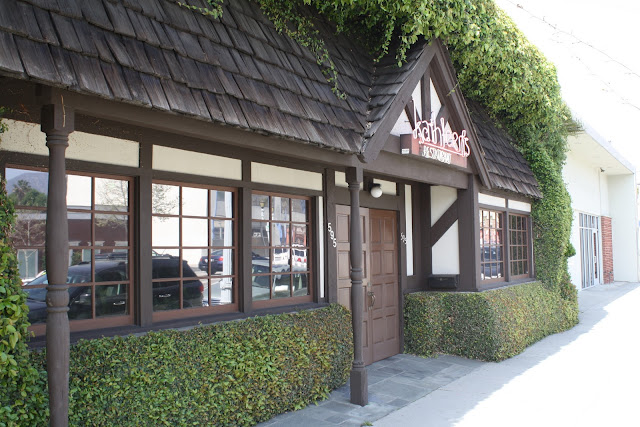 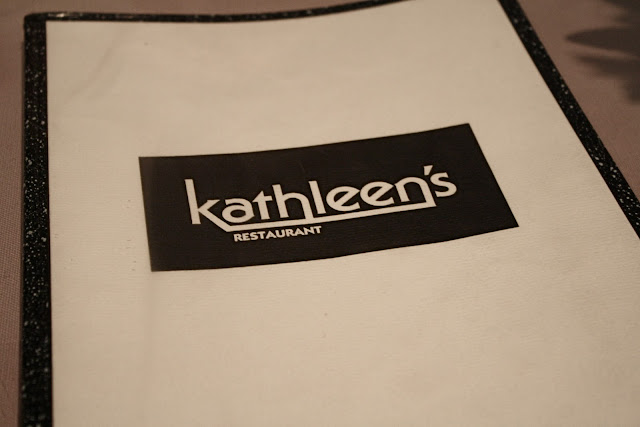 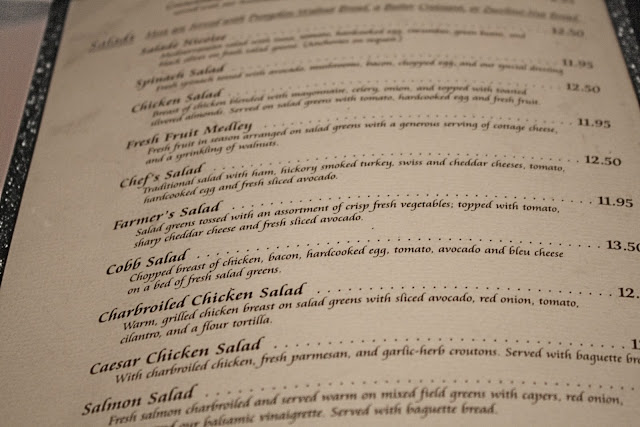 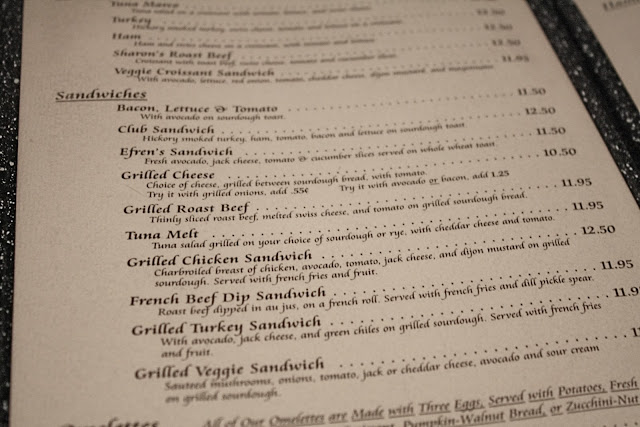 For more than a year now I've explored the dining options in the area of Lake Ave, north of the freeway. But I've never been to Kathleen's. I've passed by it many times and even checked out the menu online; from the appearance of the facade - and the prices of the entrees - it seemed to me a fancy place, slightly pretentious, and more than a little out of place in that stretch of fast food joints and cheap chicken stands.

The other day, however, I met my parents for lunch at Kathleen's and discovered that most of my assumptions were wrong. Just like they usually are. From the outside of the restaurant, I imagined the inside would be dark, with lots of wood, maybe candles flickering or a fireplace. It looks just like a regular coffee shop.

It is obviously popular with the senior citizen crowd. I was the youngest person in the room. My parents were younger than the average age of the diners... and my parents are old. 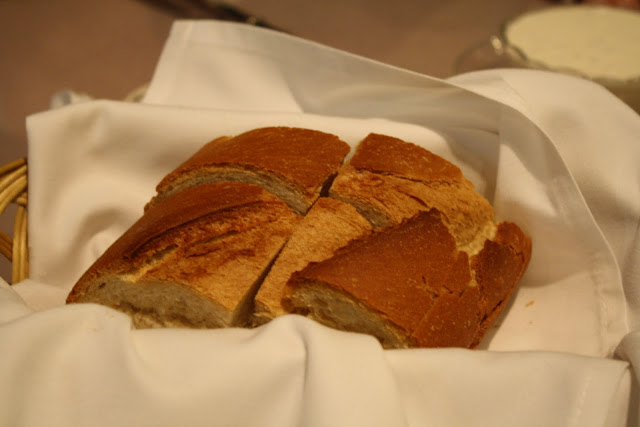 My mom said the bread was fantastic. It was good, certainly, but nothing better than that. 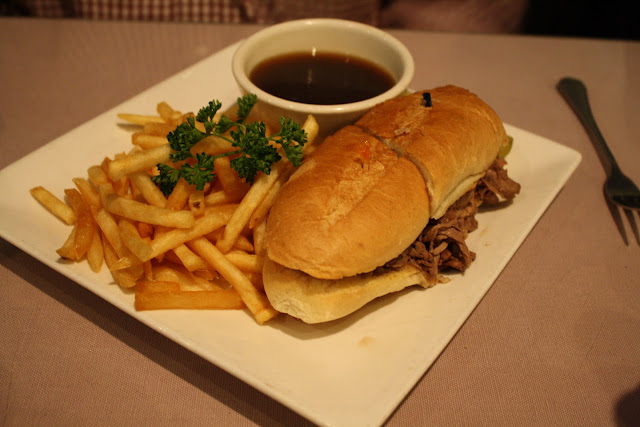 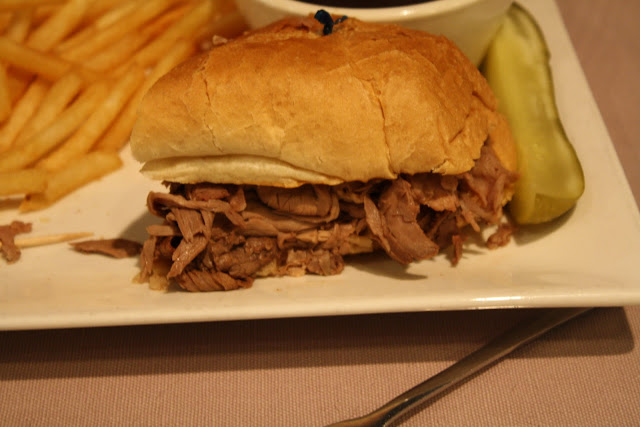 My dad selected the beef dip. (He had said as soon as we walked in that he already knew what he wanted.) He ate the whole thing and said it was good. 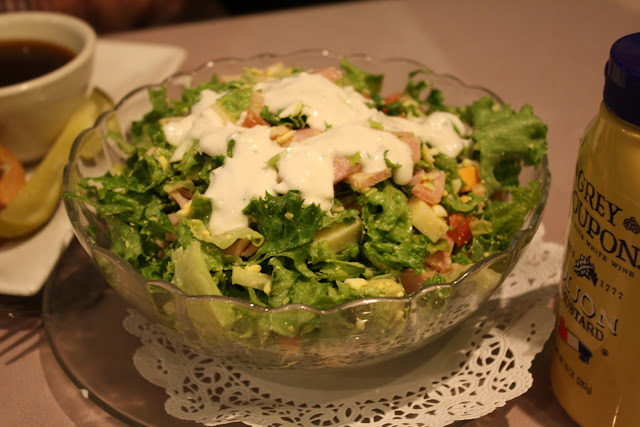 My mom had the Cobb salad with blue cheese dressing on the side. It's a pretty big bowl and she was barely able to eat half of it. 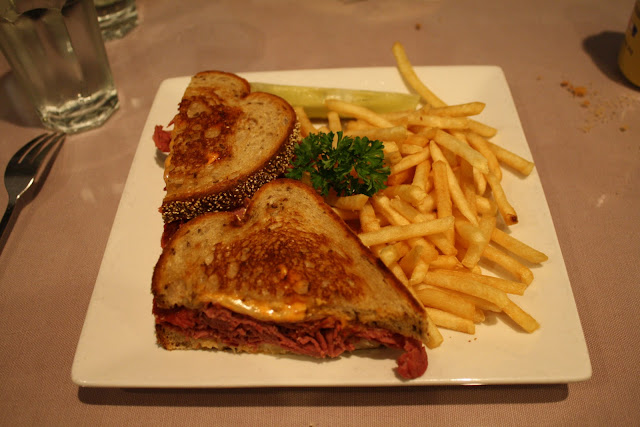 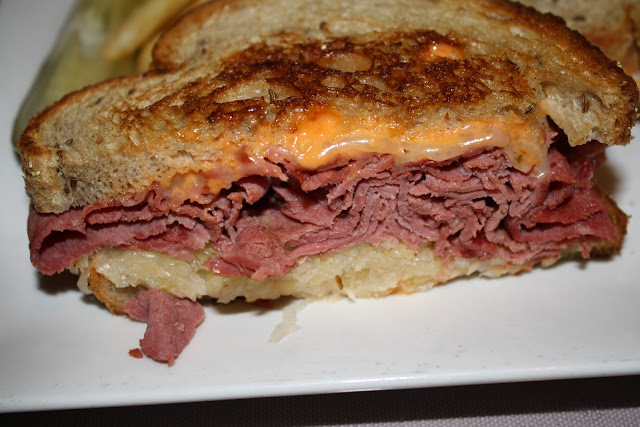 On a board in the front of the restaurant were a few specials listed, one of which was the Reuben. It was the day after St. Patrick's and all I'd eaten the night before was a chili dog and tater tots. Corned beef and cabbage sounded good so that's what I ordered.

I really liked it. The corned beef wasn't anything special but it wasn't fatty, which is what often happens when you order it in a coffee shop. The sauerkraut was delicious and they didn't overdue the Russian dressing, there was just a touch of it.

When I ordered the sandwich, the woman asked me if I would like cole slaw, potato salad or fries. I asked "Which are the best; are you guys known for any of them?" She answered that the fries were the best, which surprised me, but I still ordered them and they were indeed tasty. The potatoes were no higher quality than your standard frozen potatoes, but they were fried up crisp with nice spices - mostly salt - on them.

I liked Kathleen's; it was both less formal than I expected it to be and the food was slightly better. The service was outstanding, the waitresses constantly filling my water glass and asking if everything was okay. In fact, I don't remember the time I had such outstanding service at lunch.

But there is one thing about which my assumptions were correct: it's overpriced. Lunch for the three of us - two sandwiches and one salad, one iced tea (my dad and I both drank water) - was $50 (including tax and tip). I can think of quite a few restaurants with comparable food that would be half that price.

I wouldn't mind returning to Kathleen's, but within two blocks of it are The Hat, El Taquito, Fatburger, La Chona, and El Pollo Unico - all much better, all much less expensive. I imagine I will visit all those places many more times before I return to Kathleen's.
Posted by JustinM at 10:58 AM

J - I know your parents well. They certainly are not old!

for the seinfeld fans out there: that salad looks like The Big Salad.

Kathleen's has been there, in that same spot, for eons. I had always been curious about it so once, about 18 years ago, I walked in. At that time it wasn't a proper restaurant - it was a strictly catering operation. I imagine that there are many Pasadenans who consider it, with its Tudor styling - so out of place on the block, a mystery as I once did.

Whoa! $50 for lunch for 3 is WAY much... sort of interesting that they've been around for as long as they have.