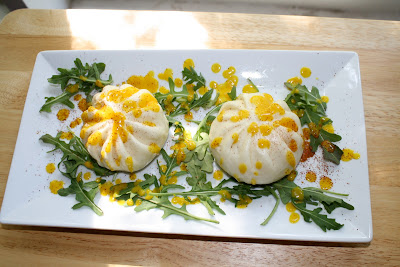 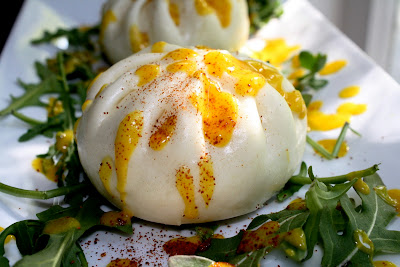 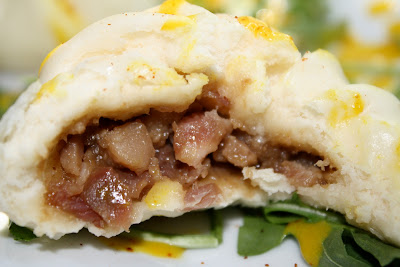 I was waiting for Elizabeth to get home on Friday and I needed a snack. I steamed two Trader Joe's pork buns and decided to make them a little fancy. I threw some arugula on a plate, placed the pork buns on top, drizzled them with hot mustard and sprinkled paprika over the whole thing. They were as good as always, a great snack. 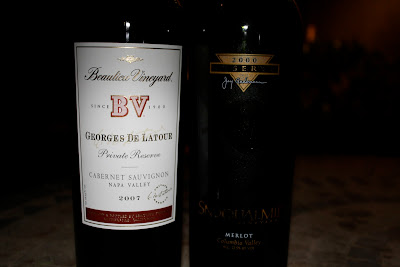 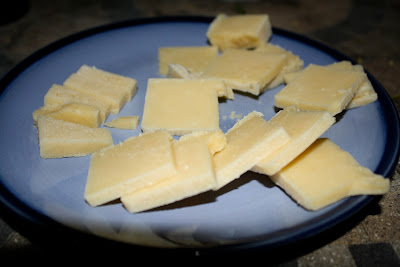 I was still waiting Friday evening. My friend Tim came over with a bottle and a half of wine and I sliced up some cheese to nibble on. The wines were a 2000 Snoqualmie Merlot and a 2007 BV Latour.
This BV is excellent, I thought to myself. If only it were 37 years older.
(Foreshadowing.) 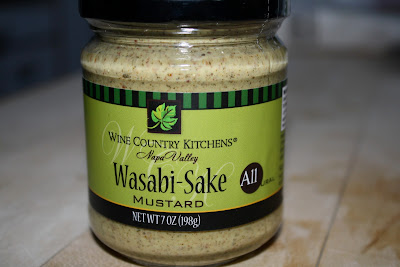 Something really gross happened at our place on Saturday morning. I won't go into the details - it is pretty much the opposite of my intent for this blog - but we decided to go over to my parents' house and spend the night on Saturday. It was somewhat necessary. I gave a few options that I was willing to cook for dinner, one of which was hamburgers. That sounded great to everyone. Of course I went to Taylor's to get the beef, but first Elizabeth and I headed down to Whole Foods to pick up a few things.
She spotted this "Wasabi-Sake" mustard from Wine Country Kitchens. We'd purchased the brand's "Sweet & Spicy" mustard a couple months ago and we ate it all within a matter of weeks, so we decided to try this one, too. 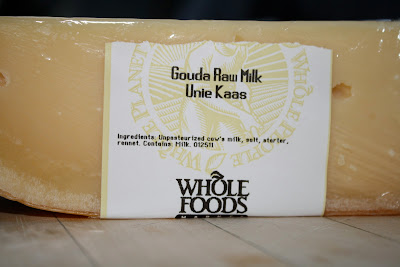 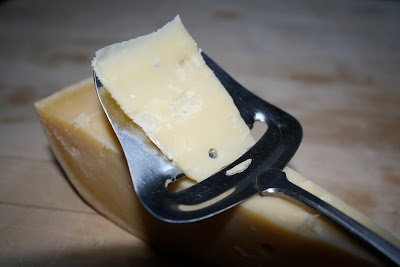 Unie Kaas Reserve, a Dutch Gouda aged for at least 18 months, is either the best cheese I have ever had or simply the cheese to which I am addicted at the moment. Either way, I wanted it on my burger. 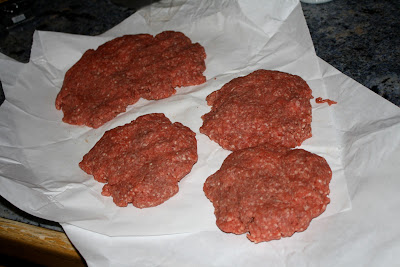 I loosely formed three large meat patties and one enormous patty. My dad doesn't want a burger when I'm cooking at home; he just wants a giant meat patty. 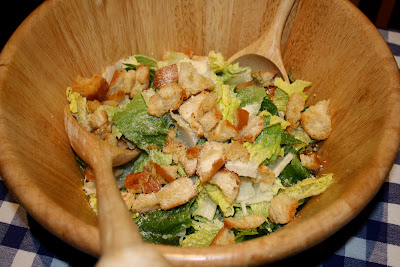 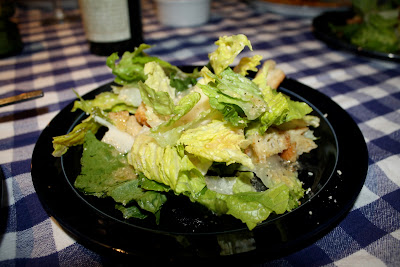 This was a relatively simple attempt at a Caesar: romaine lettuce, parmesan cheese and some garlic croutons I roasted out of very stale bread. My mom said the bread had been left since Thanksgiving. She was exaggerating... slightly. 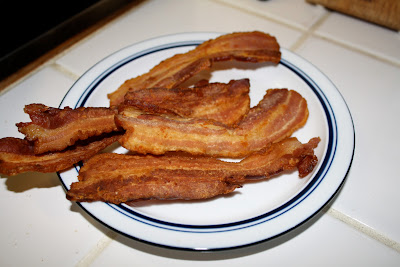 Is there any better topping for a burger than bacon? No, I don't believe so. 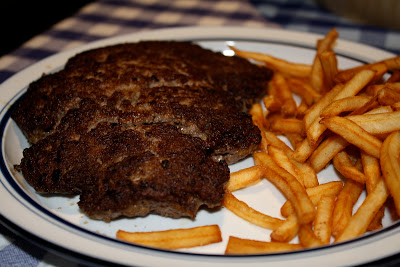 My dad's plate. He said it was good but the patty was too thick. 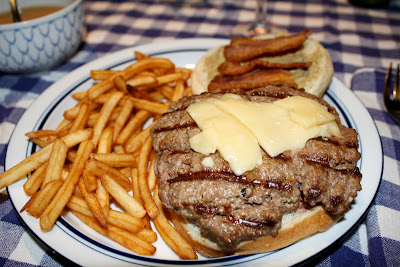 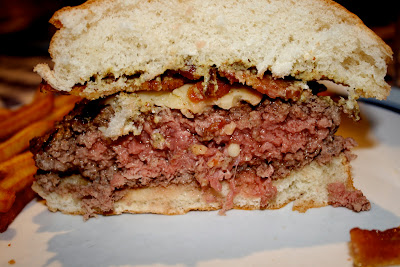 This was one of the best burgers I have made in quite a while. 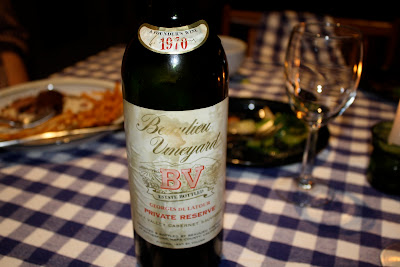 Excellent, this will do quite nicely. 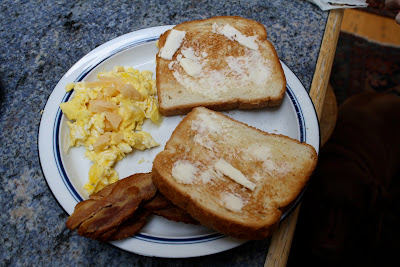 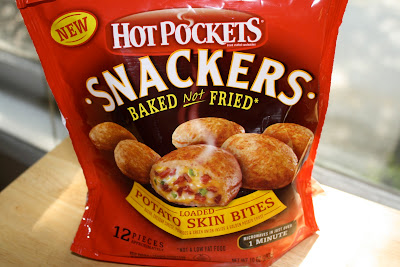 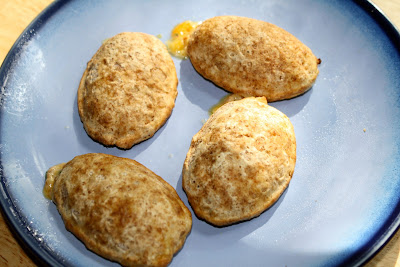 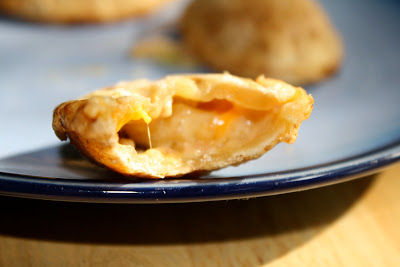 I picked up some of Hot Pockets' new snack: "Snackers" in the flavor of "Potato Skin Bites." I needed a snack on Sunday afternoon so I cooked a few of them. They looked like the least attractive snack I have seen in a long time, reminding me of insect pods. And they didn't taste much better. I could taste cheese and not much else: no potatoes, green onion or bacon. The picture on the package was pretty misleading.
Sunday night I went out for a very fun dinner. But that deserves its own post.
Posted by JustinM at 11:37 AM

What brand of caesar dressing do you use? I am always in between brands, although Newman's Own is pretty good.

I usually make my own, but I was busy grilling the burgers and frying the potatoes, so I used Newman's Own.

PP- did what happened at your place on saturday have to do wif da bafroom?