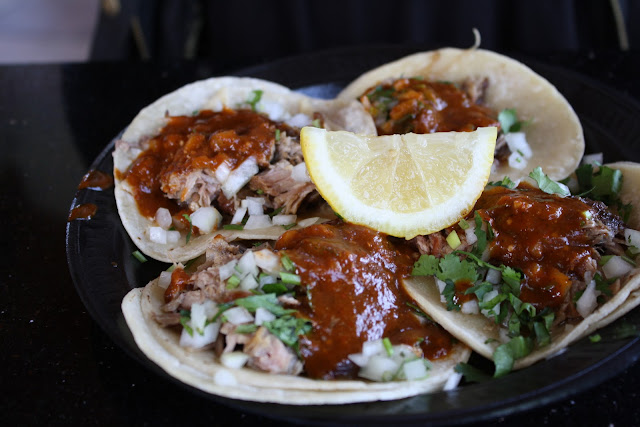 Saturday, when I asked Elizabeth what she wanted for lunch, I was not surprised to hear her respond "tacos." I believe that is what she has wanted every Saturday for the last month. So we headed up to La Estrella. We didn't have dinner Friday night - we had some wine and cheese and forgot to eat a real meal - so we were both famished. Normally she orders two tacos, this time she got four. And she ate them all. 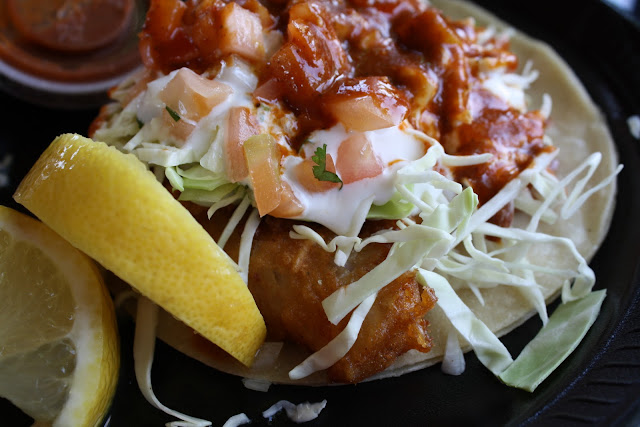 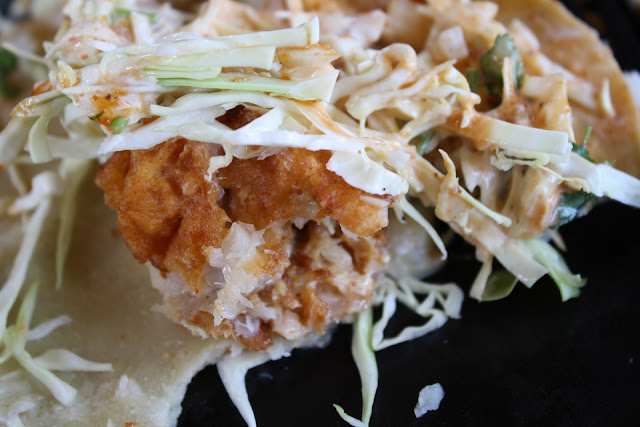 I had one of their fish tacos. There may be a better fish taco in Pasadena, but I have not had it. This thing is a large piece of crispy battered fish, too hot to touch when it's first served. I first had this fish taco over Thanksgiving weekend, but I feel like I have been eating it my whole life. (Of course, in the three months since Thanksgiving, I've probably eaten 20 of them.) 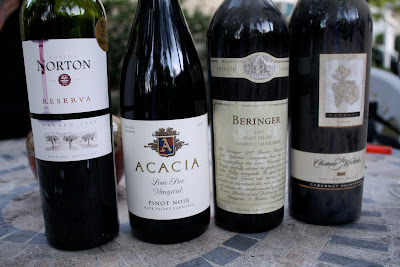 Elizabeth went out with a couple girlfriends Saturday night, so my friends Murph, Carla and Tim all joined me to enjoy the afternoon and early evening on the patio. These were our wines for the festivities; the one on the left was something Carla purchased at the liquor store, the other three came from Tim's collection. 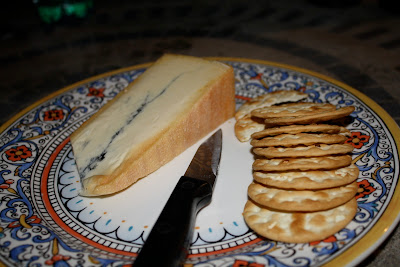 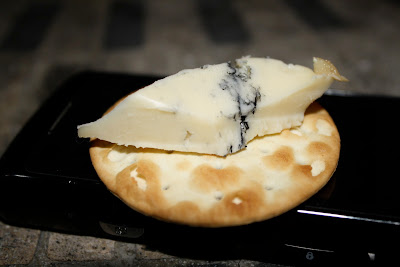 Morbier, a French cow's milk cheese traditionally consisting of the morning and evening milkings, separated by a layer of ash. 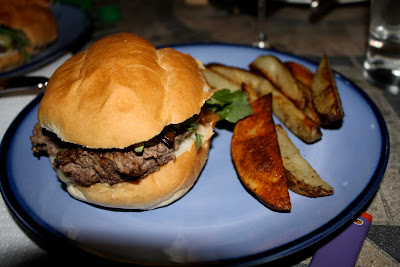 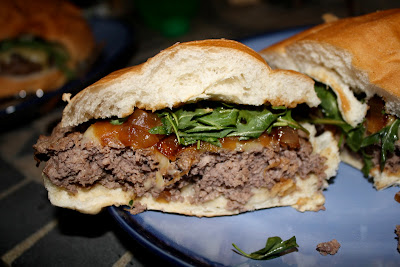 I got a couple pounds of ground beef and soaked it in red wine for the afternoon, then formed large patties. I also caramelized a giant sweet onion in a wok with white wine, cooking it down to a dark golden color. I grilled the patties on the indoor grill, melted some Dubliner cheese on them, added the onions and arugula and placed it all on soft bolillo rolls. Everyone enjoyed the burgers. 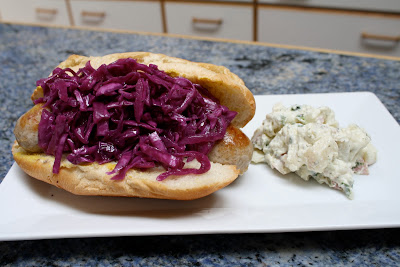 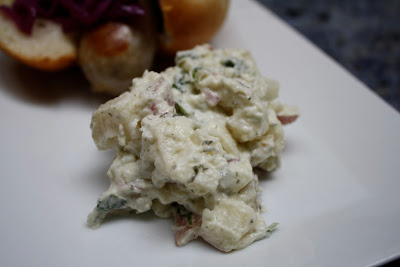 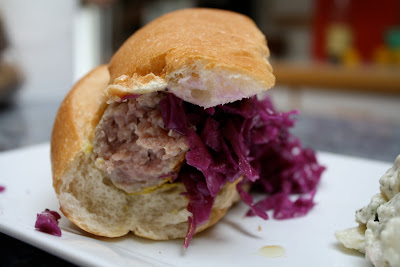 There is almost nothing I love making on a weekend afternoon more than bratwurst. I cooked a half-dozen of them in a pot of beer, grilled them on the grill pan for just a couple minutes, and put one in a soft roll with mustard and red cabbage salad. I ate it with a scoop of dill potato salad, watched the Lakers thrash the Spurs, and relaxed for the afternoon. 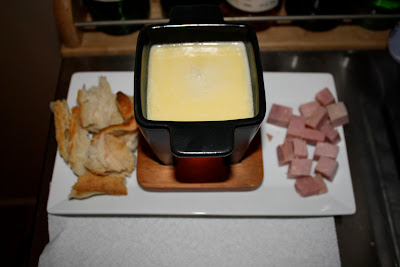 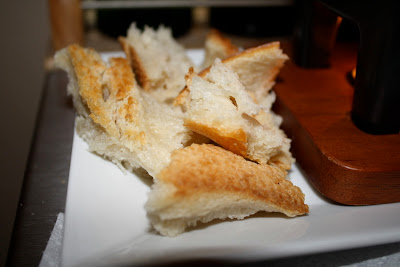 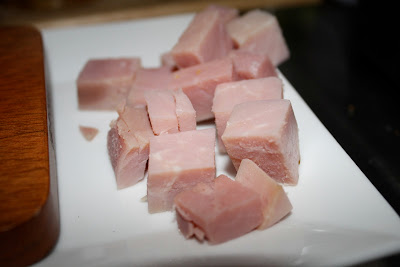 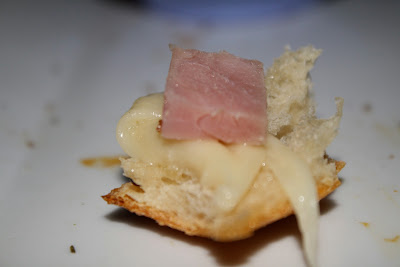 For a simple Sunday dinner I melted fondue cheese in the wok with a cup of white wine, simmering it slowly until it reached the consistency I wanted. A couple years ago I bought a mini fondue kit at the store; I emptied the cheese into it and lit a small candle beneath. I tore off several small hunks of bread from a Trader Joe's loaf of sourdough and diced up a ham steak. It wasn't anything too challenging, just an easy meal to sit in front of the TV and enjoy.
Posted by JustinM at 11:01 AM

MAN I love a good cabbage slaw!! How did you make yours??

I went to the supermarket and grabbed a large container from the salad bar - larger than the ones they offer at the deli - and asked him to fill it with the slaw.

Sometimes thats the best way to make it! Gelsons had the damn best potato salad I ever ate in my life - i will never make better potato salad than that!

Yes (for this kind of taco, at least; I admit a fondness for Rick's hard shell tacos). I think the carnitas is better at El Taquito Mexicano and the red chili-rubbed pork at Rosarito is delicious, but overall I would call La Estrella my favorite in Pasadena. The star, you could say...