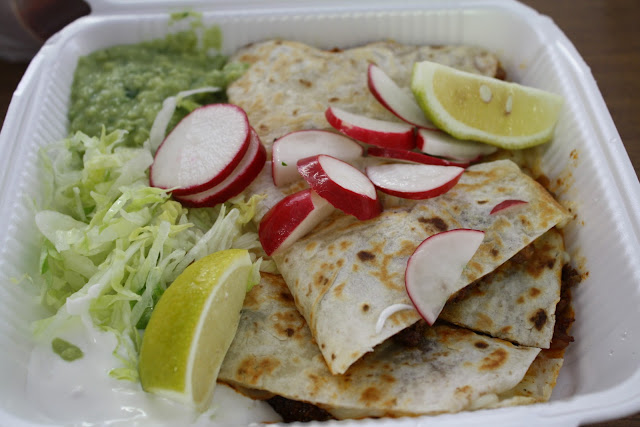 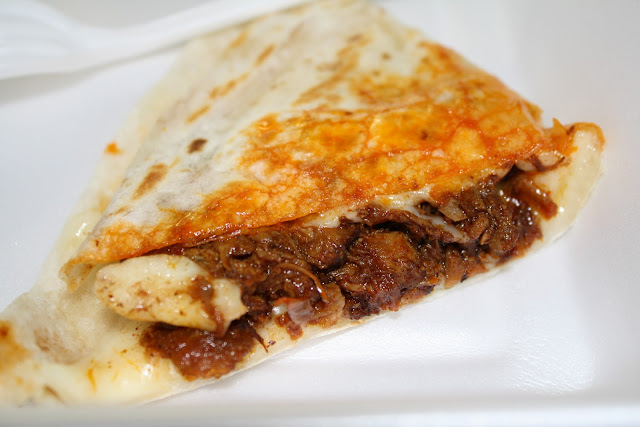 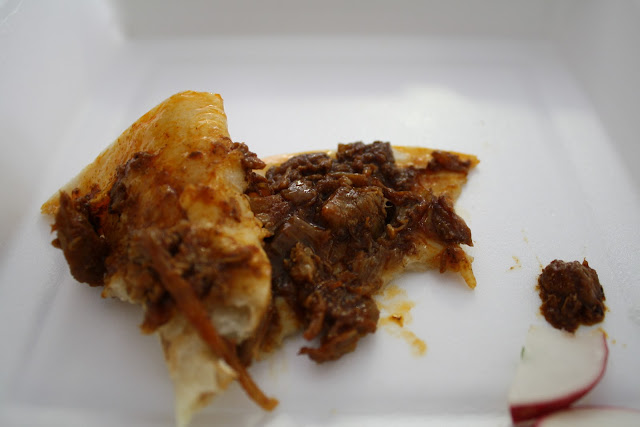 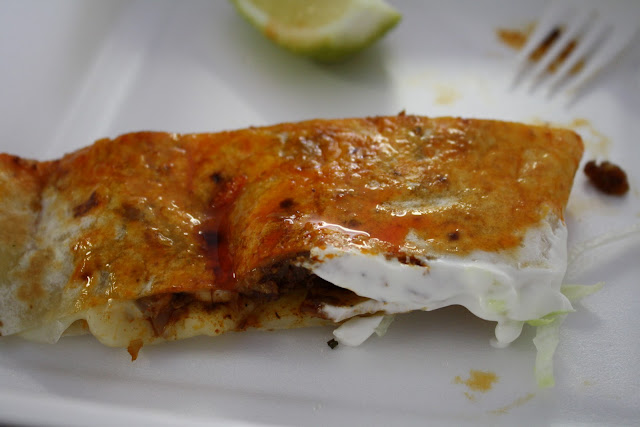 El Taquito Mexicano, on Lake Avenue just a couple blocks north of the freeway, a place I wrote about last fall, is a perfectly acceptable taco joint. It's got a couple of duds (I have tried the potato/chorizo tacos three times and not liked them once) but also my favorite carnitas tacos in Pasadena. El Taquito Mexicano has kind of fallen by the wayside lately with my extreme affection for the al pastor at La Estrella and the chicharron at Rosarito's, but every once in a while I still swing by.

The other day I was up on Lake Avenue, helping my mom with something, and I felt a strong craving for a quesadilla. I headed a block away to El Taquito, stood in line for several minutes (this was just after noon and the place was jumping) and ordered myself a quesadilla with al pastor. The guy working the counter had another couple burritos going, another quesadilla and perhaps ten tacos he was in the process of making, but I had no doubt he would get my order correct. It was obvious this wasn't his first rodeo.

It took less than five minutes to get my food, I paid, walked up the street and opened my package. I felt joy. I had contemplated getting a couple tacos as well; I didn't know if the quesadilla would be enough. It was obvious at first glance it would be plenty: it filled the container, with radishes, lettuce, guacamole and sour cream as well.

And it smelled oh so good.

I picked up my first piece, the sauce and grease soaking my fingertips, the meat falling out of the tortilla. It was better than any al pastor taco I have ever had from El Taquito; it was almost as good as the al pastor I am addicted to from La Estrella. And there was so much of it. I wasn't sure if I could finish this thing.

And I considered going back across the street and getting another. But I didn't and ten minutes later I was glad - I was full. But I will be getting another one soon. 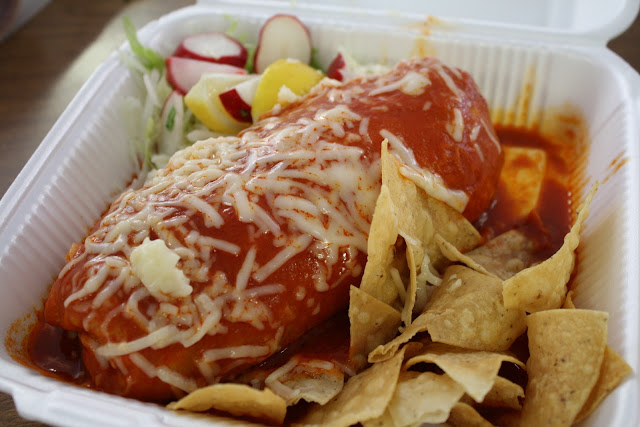 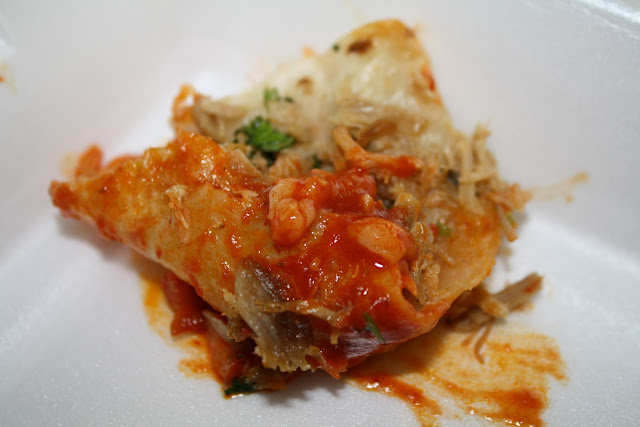 My mom requested a wet burrito with carnitas and that is what I ordered her. She only wanted rice and cilantro inside. "No beans or onions or sauce?" the guy asked me.

"Really?" he inquired while pausing to look at me, as if I was making some grievous error. I assured him that's how I (meaning she, an important-to-me-and-completely-unimportant-to-him distinction) wanted it.

I did not see him assembling it behind the counter so my first view was opening the box a few minutes later. Wow, was it beautiful: a burrito the size of a rolled-up t shirt, covered in a bright red sauce with slightly-melted cheese on top. My mom cut it open to reveal the glorious porcine guts of the burrito. I asked for some and she sawed off a large piece for me.

It, too, was delicious. Not as good as my quesadilla, but delicious. She ate less than half of it and offered me the rest, but by this point I couldn't eat another bite.

In all my trips to El Taquito, all I've ever eaten are tacos. But from now on, I'll be getting other things.
Posted by JustinM at 10:45 AM

Both of those items look ridiculously good!
The burrito is especially spectacular!
Why am I salivating?

I am restraining myself from licking the burrito picture.

Those pictures do the description justice! Delicious!

My name is from the Latin for justice!

If I'm in a mall food court in Indianapolis or the Jacksonville airport, yes it is. In the San Gabriel Valley? Nope.

But I still go there so I can write about new promotions because people seem to enjoy that. I am nothing if not a servant to my readers.

I miss this kind of mexican food. That is a serious quesadilla. I'm going to Guadalajara on Thursday for a week for school and can't wait to eat some tortas ahogadas :-)