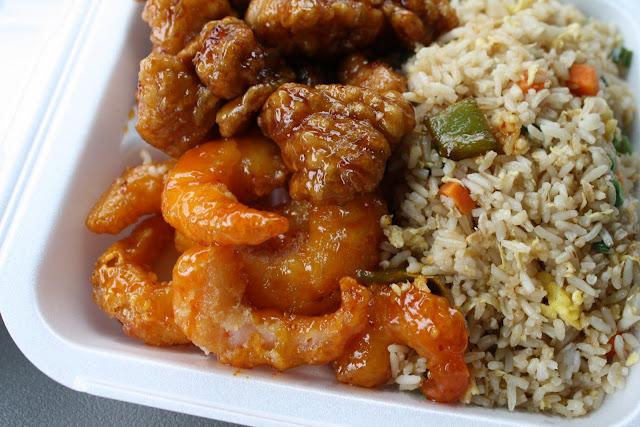 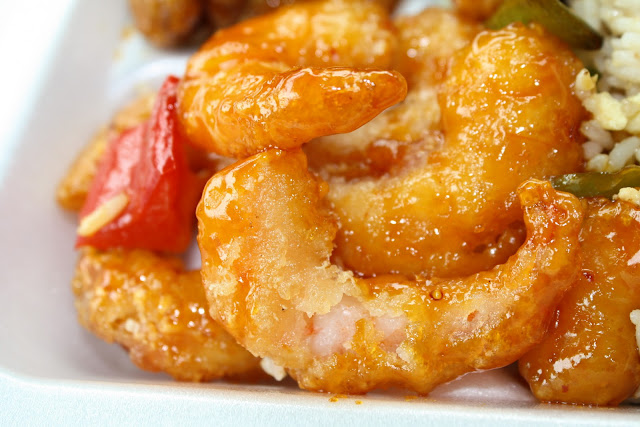 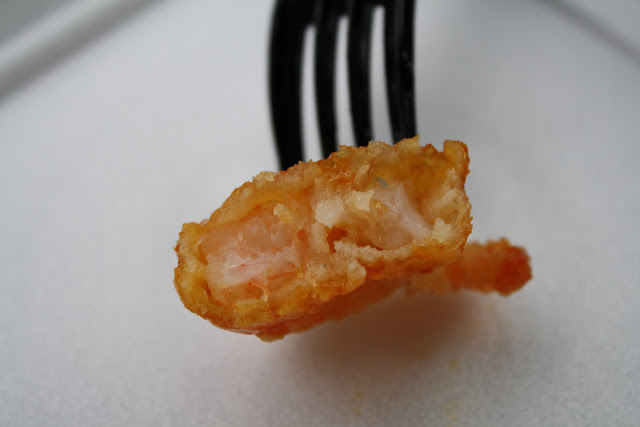 A decade or so ago, when my best friend from high school was living up in the San Jose area, I would visit him two or three times per year, and we would inevitably end up on a pub crawl. On one such occasion, we entertained ourselves by coming up with ideas for products that sound dirty but also like they could conceivably be real. (We weren't particularly cool.) I won't tell you what number one was, but I will tell you that one of the items was a Chinese restaurant entree called Golden Shower Chicken.

"That's me!" I exclaimed. "I seek new and exciting flavors!"

The item was advertised as debuting today, but I drove by a Panda Express yesterday and saw the sign. It was 10:44 in the morning. Do I really want Chinese food before 11? I asked myself.

I was the only customer - not exactly surprising - and I selected the three-item combo. (I considered the four item, something I've never ordered before, because I did not eat dinner the night before and I was very hungry, but in the end I decided three items would be enough.) My entrees were the Golden Treasure shrimp, orange chicken, and "SweetFire" chicken.

A year ago I tried the honey walnut shrimp at Panda, though I never wrote about it. The shrimp were good: crispy, tempura-battered shrimp that would not have been out of place in a fancier restaurant. But the sauce was very bland. These Golden Treasure shrimp were the same shrimp, which is good, but the sauce elicited the same feelings, which is bad.

The press release claims that the entree is served "with red and green bell peppers... in Panda's zesty new citrus sauce." There are two things wrong with that claim. First there were not multiple bell peppers; there was on tiny red one and one tiny green one. Now this is not a huge deal, if they're going to skimp on something, I'd rather it be the peppers than the shrimp. But a few more bell pepper pieces would have been nice, as I love them.

Second, the sauce had absolutely nothing zesty about it. There was a slight citrus taste - not much at all, but it was there. I was hoping for a touch of spice but, like most items at Panda that claim to be a little spicy, this was nothing but sweet.

The shrimp were still good, though. I doubt I will ever go out of my way to eat them again - these days I only eat at Panda when there is a new promotion; as I've written many times, eating Panda Express in the San Gabriel Valley is like eating Pizza Hut in Manhattan - but if I were to find myself at Panda for some random reason, I would probably try the shrimp again.

I also took pictures of the orange chicken and SweetFire chicken: items I have written about in years gone by, but these are better pictures. Interestingly, the SweetFire chicken, something I did not care for at all when it debuted, was much better this time. It may be the only item I ever remember eating from Panda Express that had some spice to it. 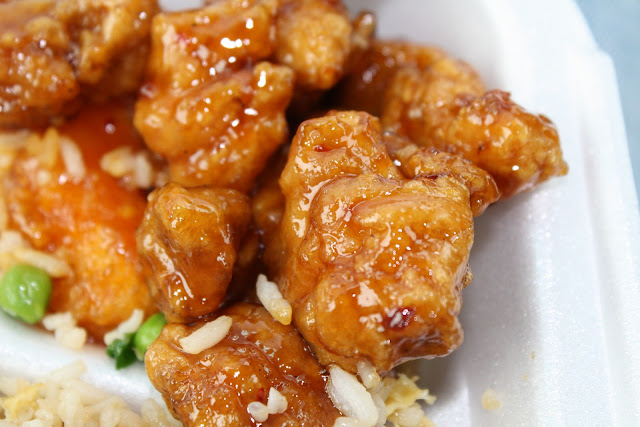 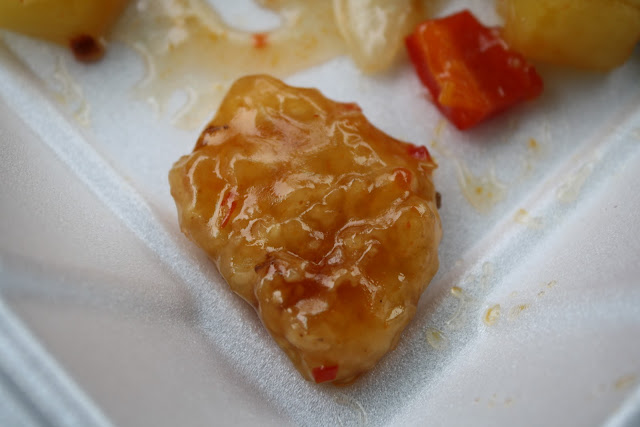 Orange chicken is so, so good. And no one does it like Panda Express. That last picture makes me insanely nostalgic and hungry!