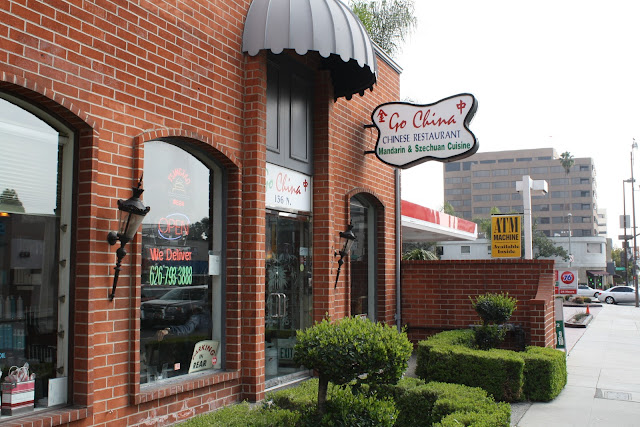 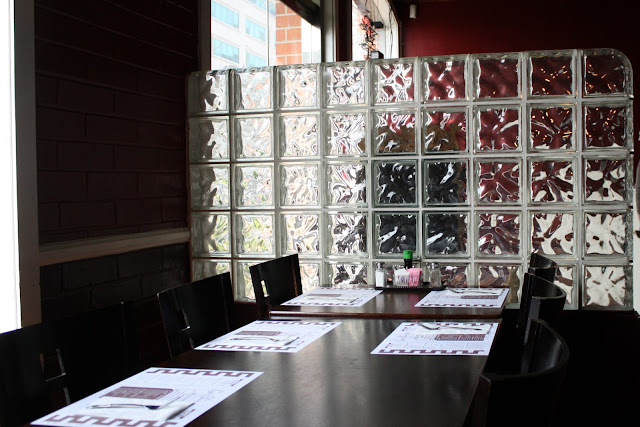 For more than a decade, I stuck to the same three routines when I wanted Chinese food. Family dinners were always at Yang Chow, where I inhaled slippery shrimp and the ginger chicken salad. The son of the owners was a student in my mom's sixth grade class one year, though I don't remember that ever leading to any discounts. It did, however, always ensure an extra couple fortune cookies. (I just made that up, actually, I don't remember at all.)
Inexpensive or informal take-out dinners, whether by myself or with friends and family, were always from Fortune on the east side of town. The food wasn't great but it was good enough, and 10 or 12 dollars worth of food provided me dinner and at least two lunches. Then one day the ownership appeared to have changed - prices were up, portions were down, and I got hives after eating a meal, the only time in my adult life that has occurred. I never went back.
More formal dinners with friends and sometimes family were always at Yujean Kang's. My addiction to Yujean's crispy beef was as complete as my addiction to Guinness or Lakers playoff games. There was not another meal in Pasadena to which I would rather sit down: not the prosciutto pizza at Gale's nor a double burger at Hutch's.
Then, not long after I moved to South Pasadena, a friend turned me on to the amazing deals you get with a lunch special at Golden China. Although the only two items I love there - the tangerine beef and the sizzling steak - aren't available on the lunch menu, there still are enough items I enjoy to make it worthwhile. (Our first lunch there cost me and Elizabeth $13 combined; we had enough to take home with us to give our friend Tracie lunch and for both of us to eat leftovers for dinner.)
I decided, after eating lunch at Golden China a couple times, that I should at least try different Chinese restaurants in Pasadena. I doubted I would like any of them as much as Yujean's or Yang Chow, but that wasn't the point. It's almost always fun to try something new, and perhaps I would find something that I loved.
The other day, Elizabeth and I decided to try Go China, a place neither of us had ever been. It's on Lake Ave, just north of the 76 station on the corner of Union. I have probably driven by it 1000 times and never paid attention. We walked in and I was impressed: it was much nicer than I expected. A group of men (who looked like they might be employees) were watching basketball on a flatscreen in the rear of the room. I liked it immediately. 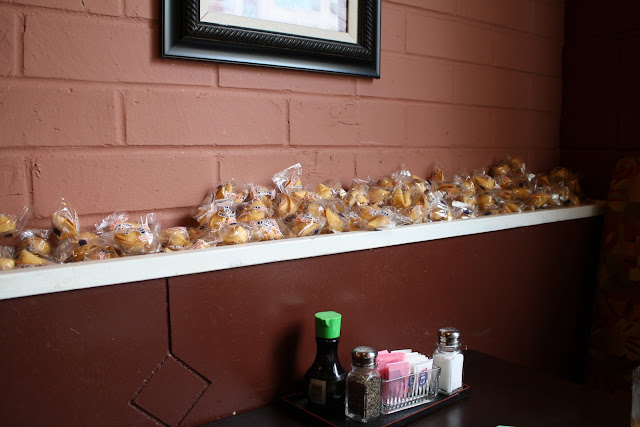 We sat at a table nearest the window out onto Lake Ave. Piled into wall were hundreds of fortune cookies. My eyes lit up. Elizabeth immediately read my mind:

"We are NOT building one of these in our living room," she said. 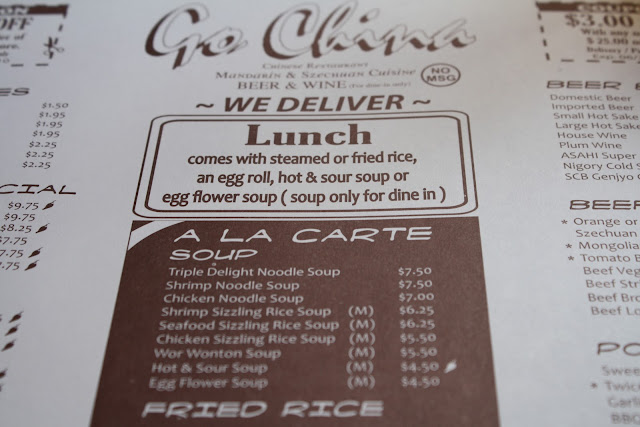 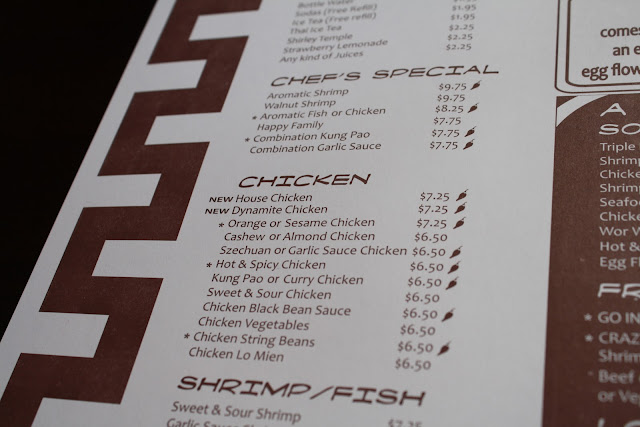 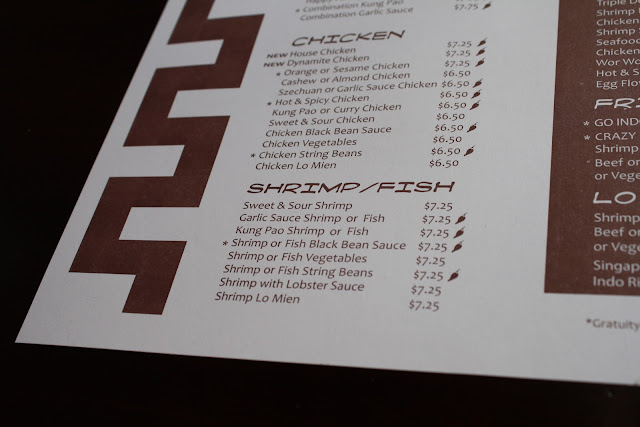 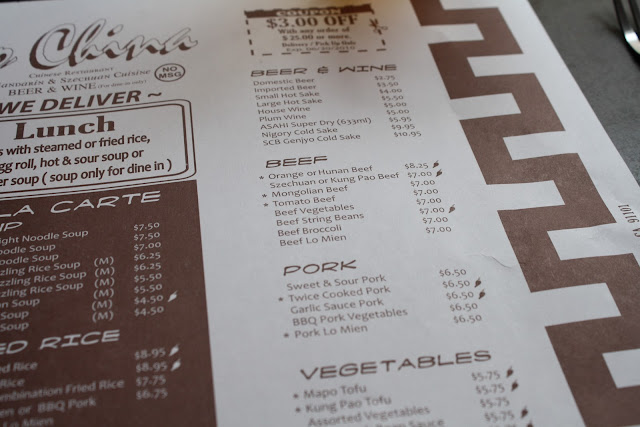 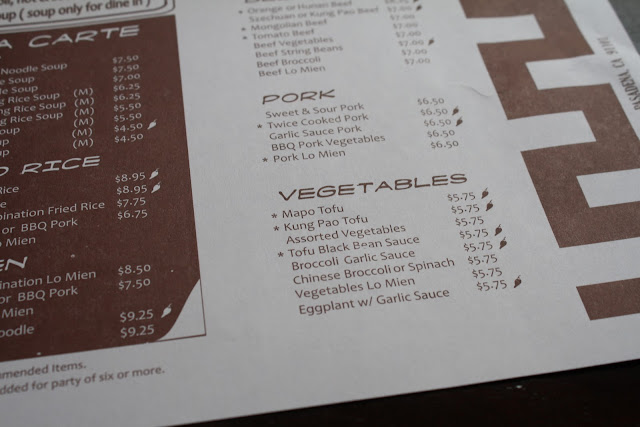 Unlike some places in town that only offer a dozen or so items on their lunch menu, Go China offers 47 different meat or veggie options, all coming with rice, salad, an egg roll and choice of soup. Unlike Golden China, Go China also offers beer and wine. But we both selected iced teas for this meal. 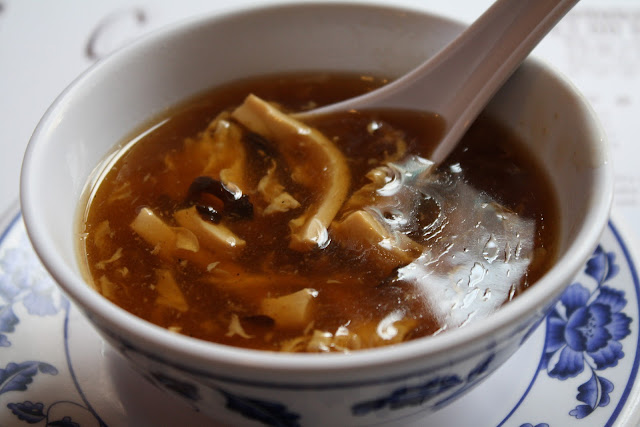 The soup arrived first. We both selected hot & sour soup, and this was good. It was quite gelatinous, as they often are, but we had no complaints with this one. (Sometimes you get them so thick you swear you could eat it with a fork, a somewhat disturbing sight, but this was not that thick.) 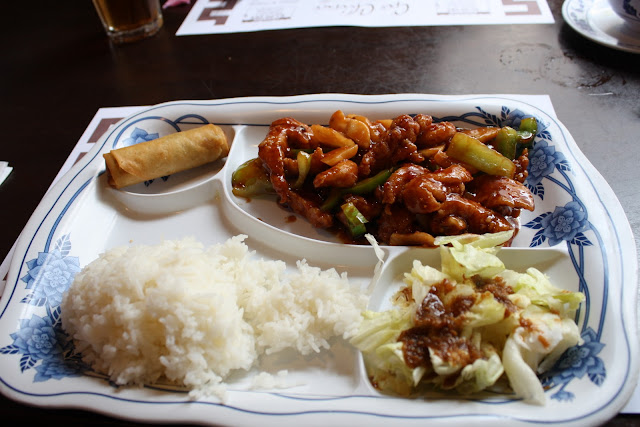 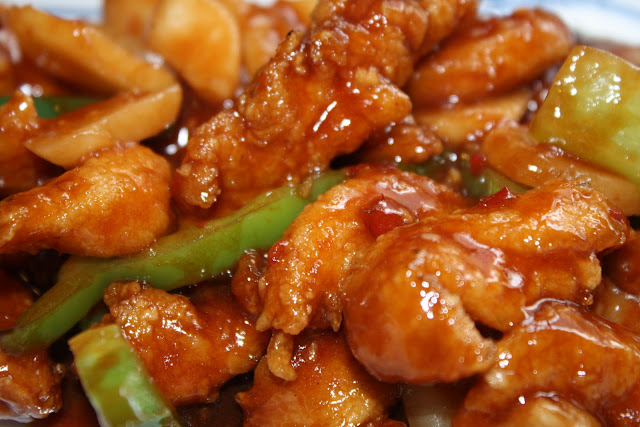 I asked the waitress what the "House Chicken" is. She explained that it's fried chicken pieces with salt and pepper and "a little bit of sauce." I laughed when the plate arrived; I am curious what she would consider "a lot" of sauce: this chicken was drenched. Fortunately, it wasn't the sickly-sweet kind of sauce that a lot of places serve. It was definitely sweeter than I usually like, but it had a little bit of spice to it. I wished there was more, but oh well. 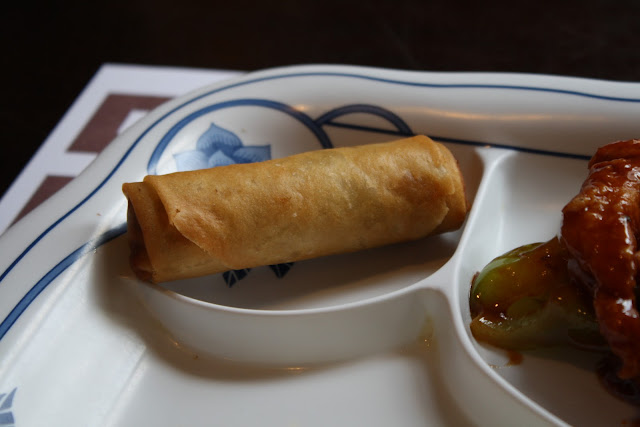 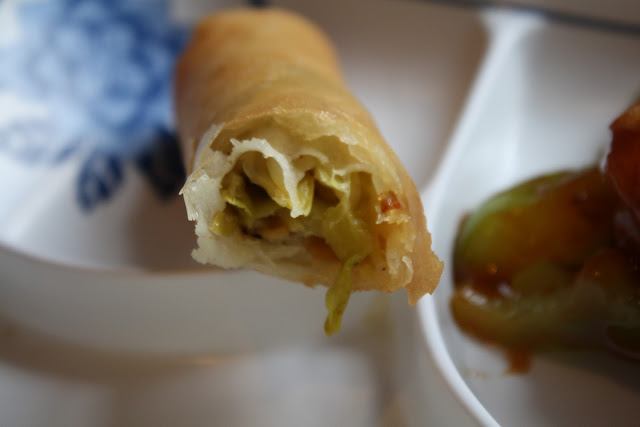 It's very rare that I dislike an egg roll. If I were to rate egg rolls on a scale of 1-5, it breaks down like this:

5) The best. These have just been fried in front of you, the oil burns your fingers and probably your mouth, but they are so damn good you don't mind. My cousin June's egg rolls and the egg rolls at the Portland Saturday Market are the only two I can think of offhand that belong in this category, although I have probably had two or three other orders in my life that would have received this exalted ranking if I'd thought of it at the time. You know, if I hadn't just made up this ranking system.

These egg rolls sit squarely at the #3 designation, almost the exact definition. Fortunately, when dipped in the sauce accompanying my house chicken they were vastly improved. 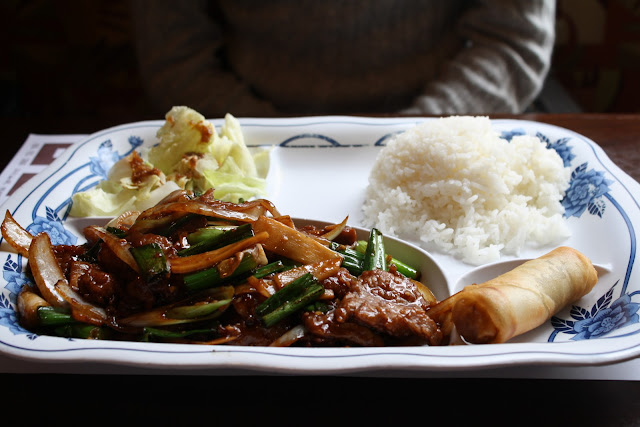 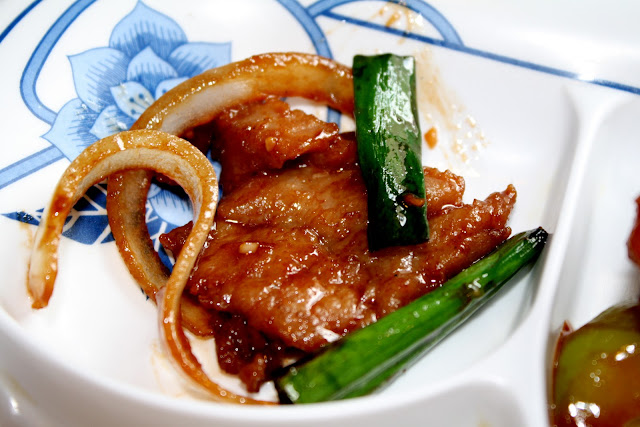 Elizabeth ordered the Mongolian Beef and she was nice enough to give me a couple pieces. I liked it, much more than I usually like Mongolian Beef. It was not too salty, there were no chewy pieces of fat in the bites I got, and the veggies that came with it were good.
I finished all of my food, other than the rice, and I ate Elizabeth's salad as well. She could not finish her beef. We were not asked if we wanted to take the remainder of it with us, the first time I have not been asked at a Chinese restaurant in as long as I can remember.
Our lunch - two specials and two iced teas - was twenty dollars to the penny. Not expensive but not as good a deal as Golden China, which I like slightly more, or Fu Shing, which I like MUCH more. Go China was slightly better than I was expecting, but not so much that it will become a regular spot for me. I would be glad to go back and try something else - the aromatic shrimp, probably - but I'm not in any hurry.
Posted by JustinM at 11:07 AM

I can't remember if you've tried Egg Roll Express up on Washington. Their lunch special looks somewhat similar, but they also give you chow mein if I'm not mistaken. The prices are a bit cheaper too (I think).

Golden China does have beer and wine.

Ben: I ate there once many years ago, long before I started taking pics of my food. I shall go again.

Mule: Thanks for the correction. I either never knew that or I simply forgot. (My last two meals there were very disappointing, hastening my exploration of other places.)

I've noticed that place on N.Lake before. But that's it.

i hate egg rolls filled with wilted cabbage. put some meat in there!

So, can you just grab fortune cookies at will throughout your meal?

You can indeed, should you be so inclined. But you might spoil your appetite.