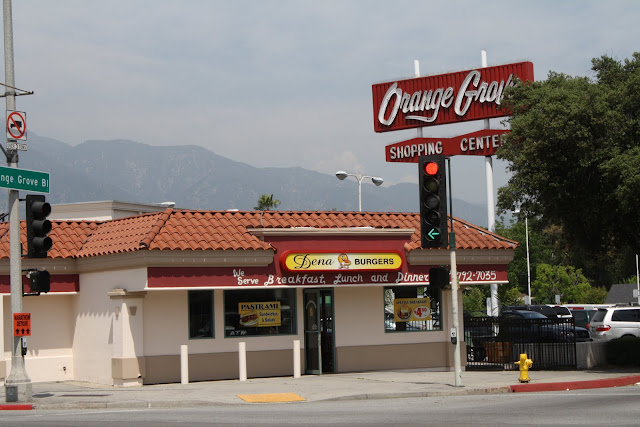 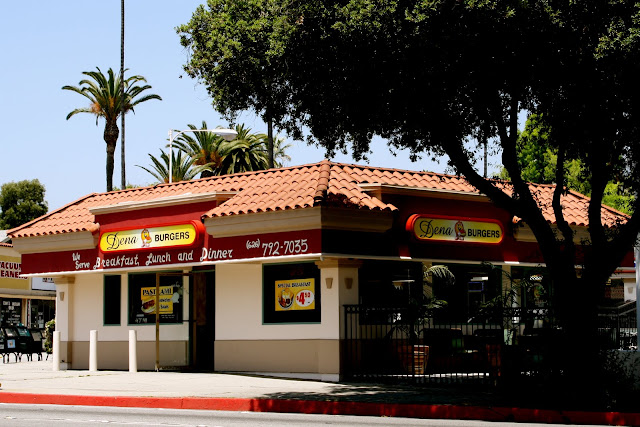 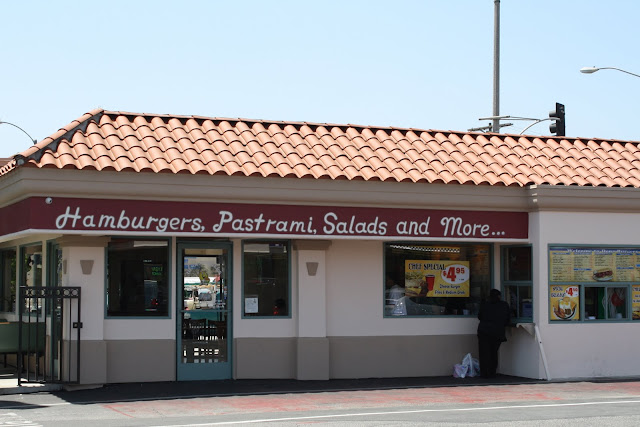 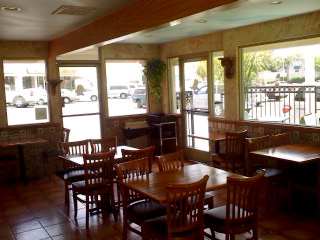 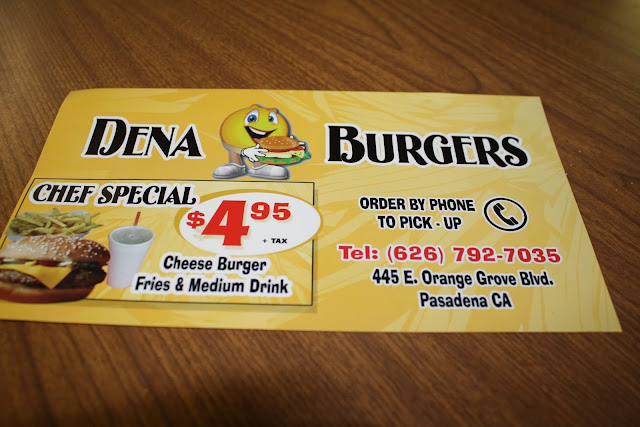 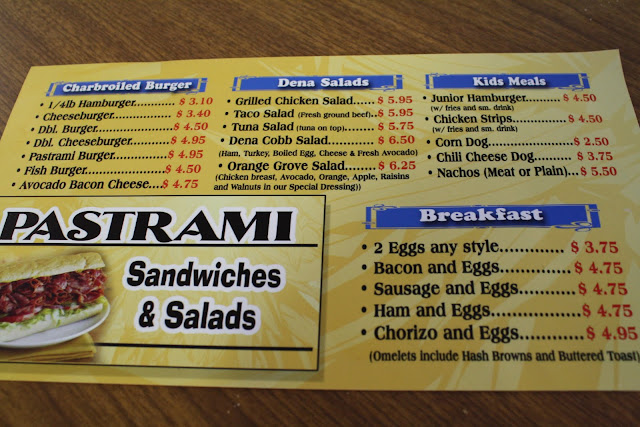 For several weeks I noticed a sign on the closed-down Mi Ranchito - a restaurant I never visited - reading "Coming Soon: Dena Burgers." Knowing how things work, especially in Pasadena, I forgot about the place, saying to myself Well, I'll believe it when I see it.

Two weeks ago, the sky is big in pasadena posted a photo of the newly-opened Dena Burgers, on the corner of Los Robles and Orange Grove. (It's in the same shopping center as Baja Ranch Market, where I got the carne asada for Cinco de Mayo that several people have emailed me about.)

The menu was no big surprise: if I'd tried to guess what items were going to be on it, I probably would have been 95% accurate. But I knew I would still be trying it eventually. I mean, it's a new burger place in Pasadena, it would be silly not to.

Yesterday was the day. I hit up Dena Burgers just a couple of minutes before noon. There was not a single person in the joint. Undeterred, I studied the menu for a minute, deciding that a burger would probably be the safest bet.

The "Chef's Special" is a cheeseburger, fries and medium drink for $4.95. Unlike a lot of fast food places that call something a "value meal" but only give you a savings of a few cents (and sometimes don't save you any money at all), the Dena Burgers special represents a savings of $2.65 over purchasing the items individually. I didn't feel like a drink - watered-down fast food soda machines do nothing for me - but a burger and fries by itself would have still been more expensive than the special, so I ordered the special with a Coke. 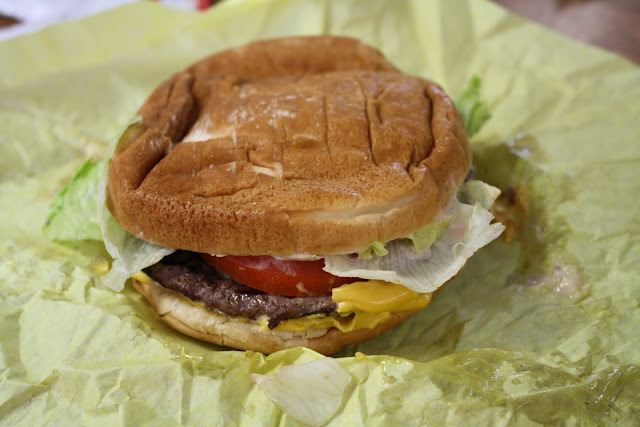 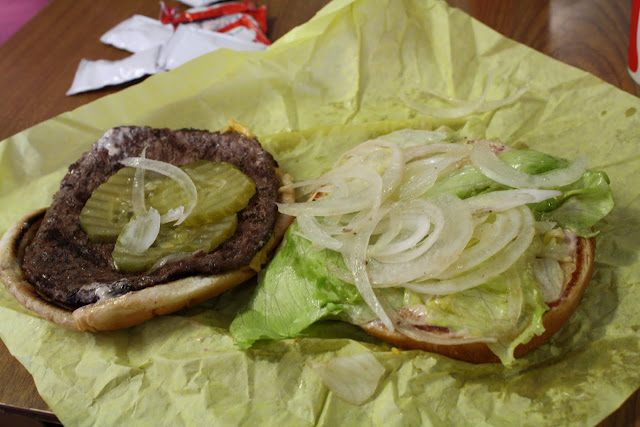 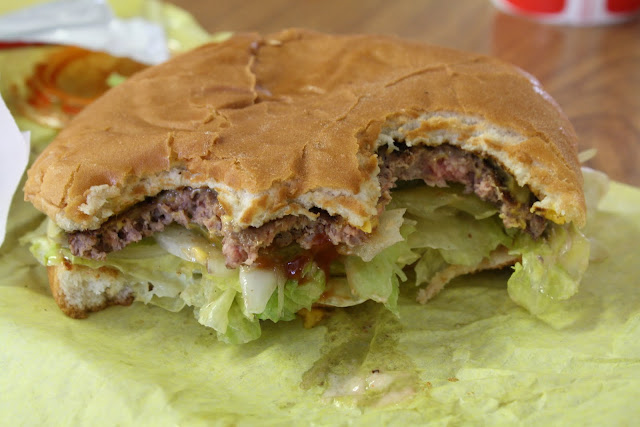 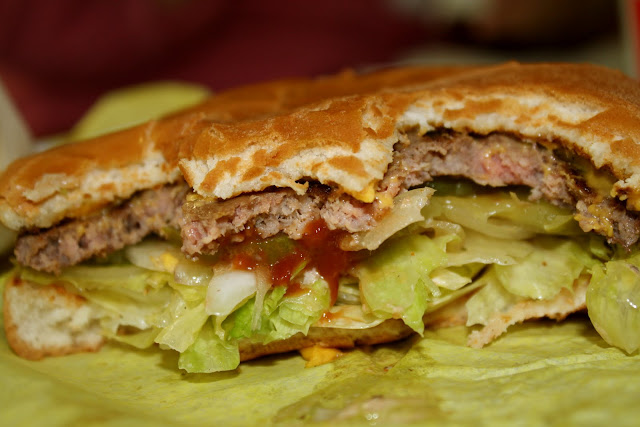 The burger patty was very thin. But it was grilled fresh in front of me and actually wasn't bad at all. It wasn't good by any means, it was just an average burger. I added extra onions to it, and I'm glad I did, because there wasn't much flavor to the beef. 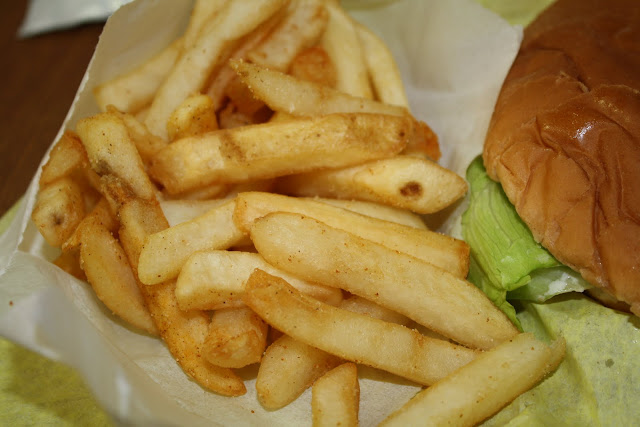 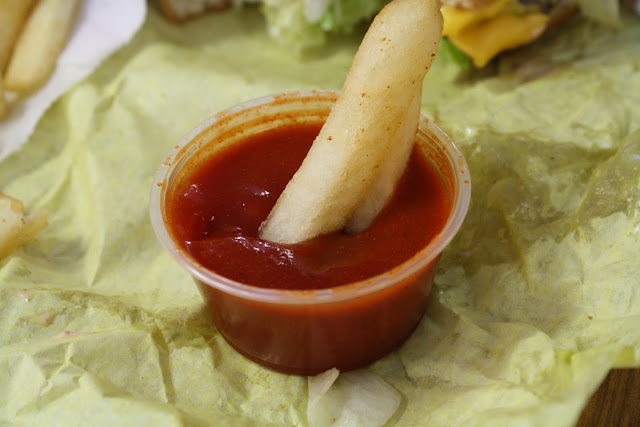 The fries could have been good if they had been fried to order, but they weren't. After my burgers were grilled they reached into a bin of fries and scooped some out. I didn't even see a heat lamp. They were warm, but just barely. I liked the spices on them, but they were still barely-warm, mushy potatoes, and I did not finish them. (I have to say, though, that while waiting for my burger I was able to use their small condiment bar to mix up the container of ketchup and Tapatio you see above, which was outstanding and made the mediocre fries much more edible.)

I will not return to Dena Burgers. Fatburger is around the corner and yeah, they charge three or four dollars more for a comparable combo, but it is so much better. And a Double-Double at In-N-Out costs less than a single burger at Dena Burgers. It takes longer to get because, well, In-N-Out has other customers, but it's still worth it.

Dena Burgers doesn't really have anything going for it but the price. In a town like Pasadena, with a lot of burgers I like, that's just not a good enough reason for me to ever return.

Yep - well said. I agree on all accounts. It is a decent burger, but with so many better options around, I see it going the way of Mi Ranchito.

That looks about as thin as a Del Taco hamburger. Didn't you write that you liked DT burgers once?