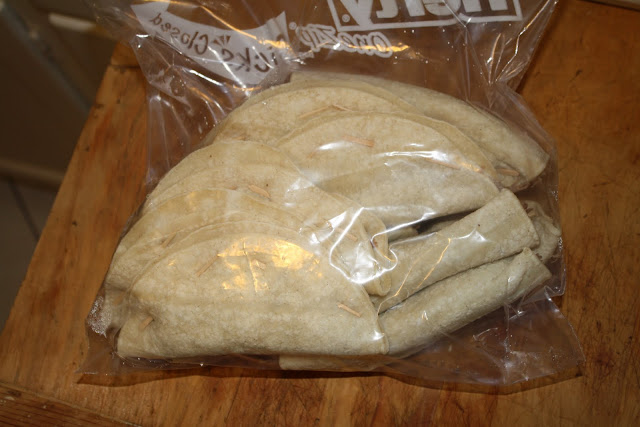 My friend Tim had me, Tracie and Murph over the other night for some tacos he made. The day before, he had boiled a beef shoulder with a ton of cumin and shredded it, yielding plenty of meat. He had already assembled a bunch of tacos for us when we arrived. 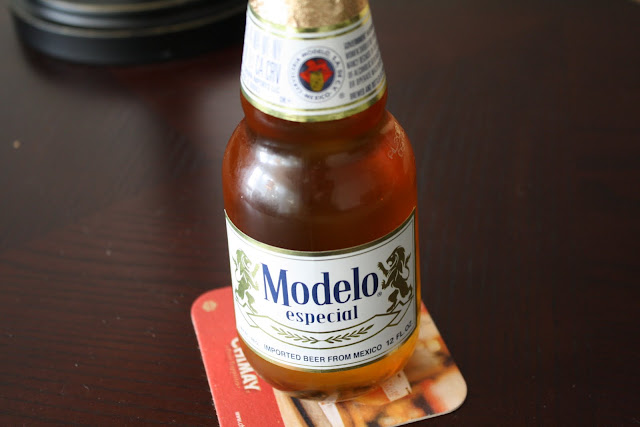 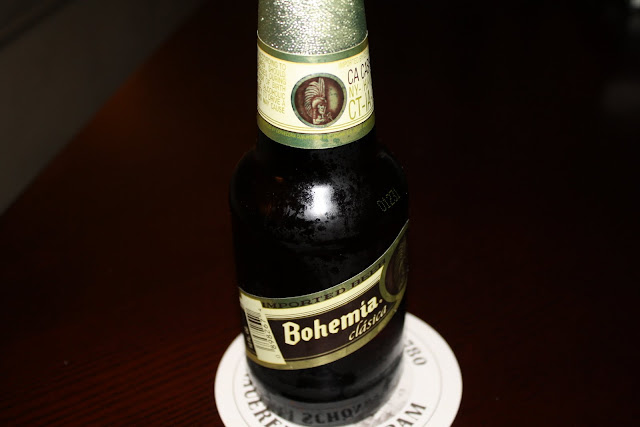 We often drink wine when together, but there is really only one adult beverage you can drink with fried beef tacos: cold beer. On this evening we had Bohemia and Modelo Especial. 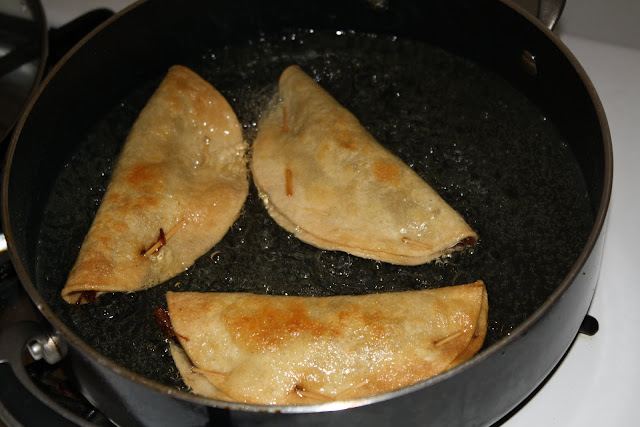 The tacos fried quickly in the hot oil: no more than two minutes per batch. 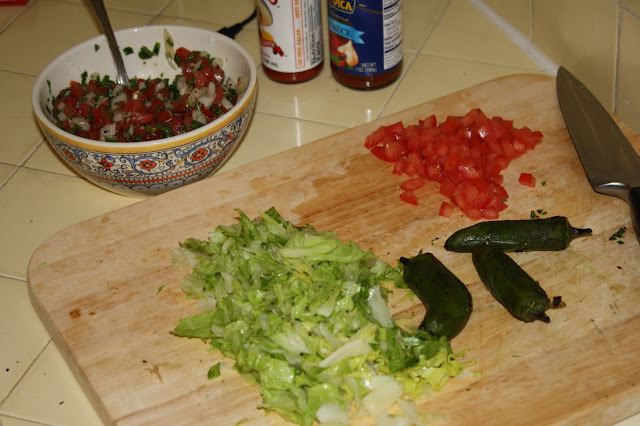 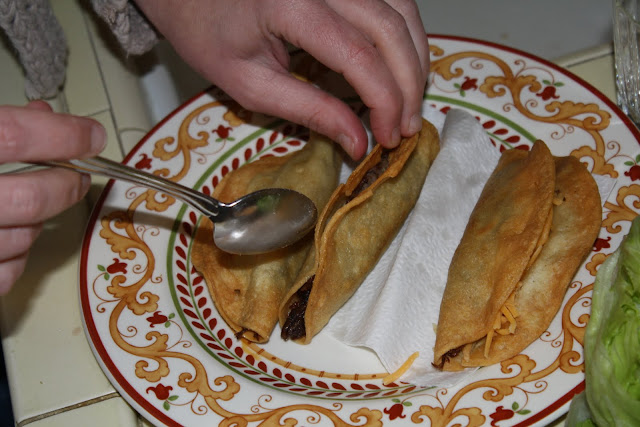 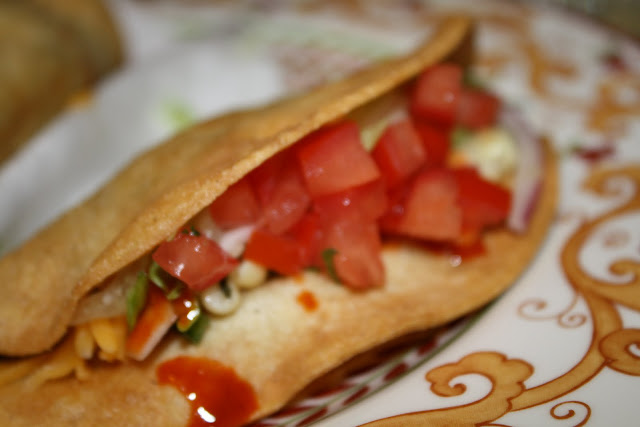 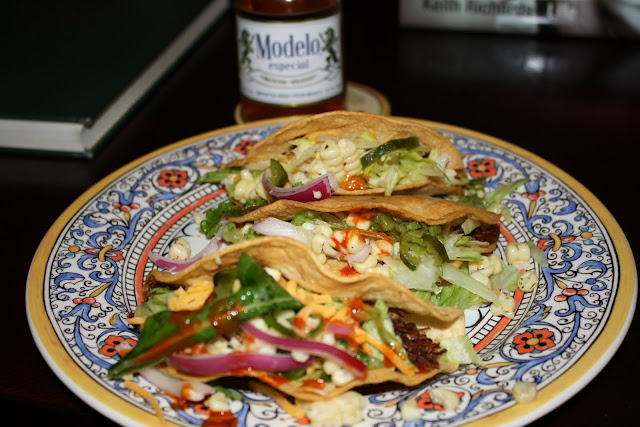 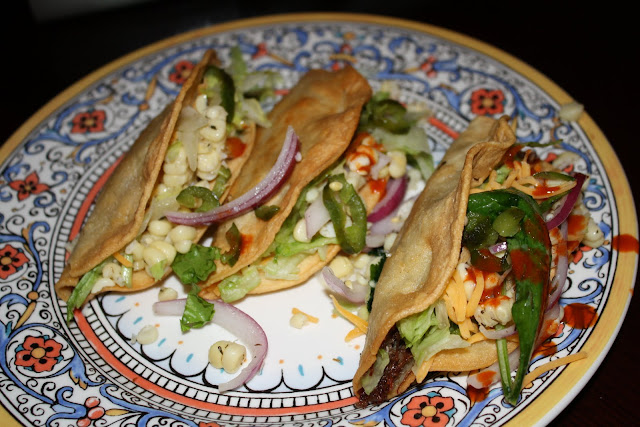 To my tacos I added cheese, some corn and arugula salad that I had picked up from Whole Foods, and sliced jalapenos. And, of course, Pico Pica hot sauce. 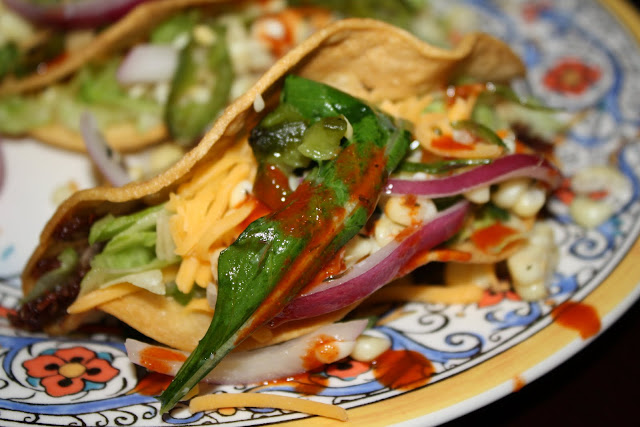 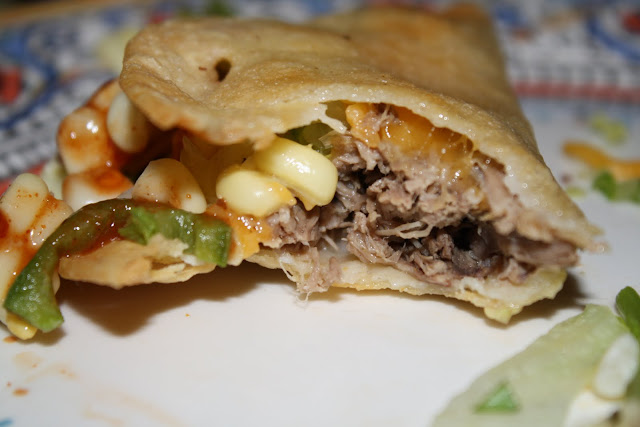 It's hard for me to describe how fantastic these tacos were. Crispy shells, savory meat, crunchy vegetables, and spicy hot sauce. I cannot think of too many ways that they could have been improved. At the moment, actually, I can't think of a single one.
Posted by JustinM at 8:39 PM

how has it never occurred to me to fry my tacos? Definitely know what I am cooking this weekend!

[Don't laugh] Pioneer Woman fried some tacos a few weeks ago and I've been dying to try it. Now I'm definitely going to have to.

I cringe at fried tacos like these at Mexican restos, but your homestyle version makes everything better. AND those cold beers to go with. YUM!

I TOTALLY agree, Anna. I get the feeling a lot of restaurants do that to cover up their cheap ingredients. But I promise you these ingredients were top notch and the oil was clean. It was great.

Deep Fried Tacos were a staple of my youth in KC.
http://www.roadfood.com/Forums/deep-fried-tacos-m16425.aspx

how do you keep the tortillas from cracking or splitting