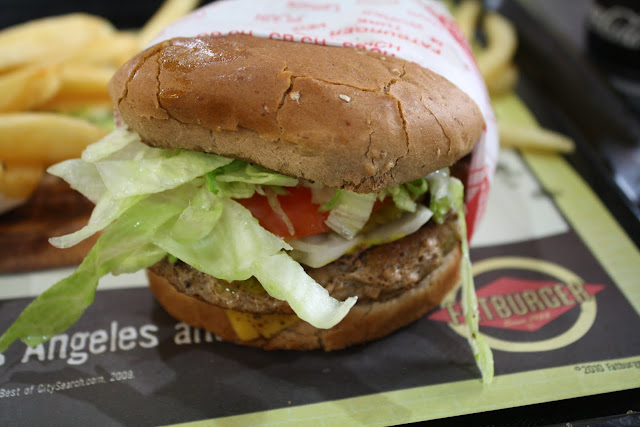 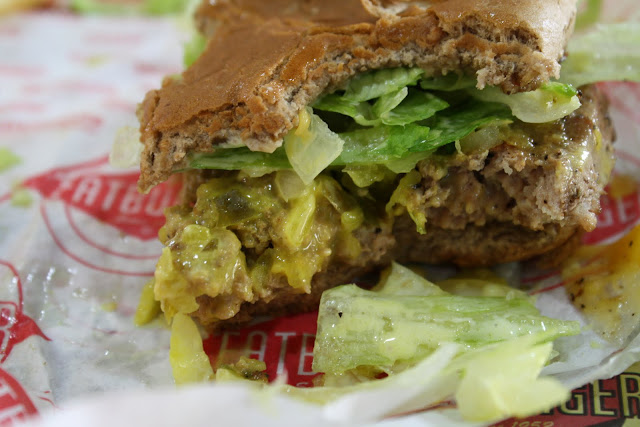 I wrote about the Carl's Jr. turkey burger two months and two days ago and in that relatively short time span it has become the second most-popular post I have written over the last year. Several thousand people have viewed it, some leaving comments disagreeing with me. That was inevitable: I called it the worst turkey burger I have ever had. It was one of the five worst burgers I have ever eaten.

Since then I have been eating different turkey burgers around Pasadena to reinforce (or reevaluate) my opinion of Carl's burger. I ate a turkey burger at Wolfe Burgers, which has always been a favorite of mine, and I still loved it - though it's not as good as it used to be.

Fatburger's turkey burgers have also always been great. There was a time when I went years eschewing their eponymous burger and only ordering the turkey version. But it had been a couple of years since I'd eaten one - long before the Fatburger opened in Pasadena last fall. I figured it was time to try it again.

I went in on a hot Saturday afternoon and the place was packed. It was good to see, as was the fact that they have their system down much better than when they opened. Despite the crowd I waited less than ten minutes for my burger. It was beautiful to look at: fresh lettuce poking out in every direction from under the top bun, mustard and pickles sitting on top of the patty.

And it was even better to eat. A little heavy on the condiments, perhaps, but that's how I like my turkey burgers. The turkey patty was juicy and fresh. There is no possible way this would have audibly snapped in half had I tried to bend it, as did that Carl's Jr. turkey burger. But then again the thought of trying that would never have occurred to me. I did not want to do anything to this burger but eat every bite of it.

Which I did. I have no trouble calling this my favorite turkey burger in town. 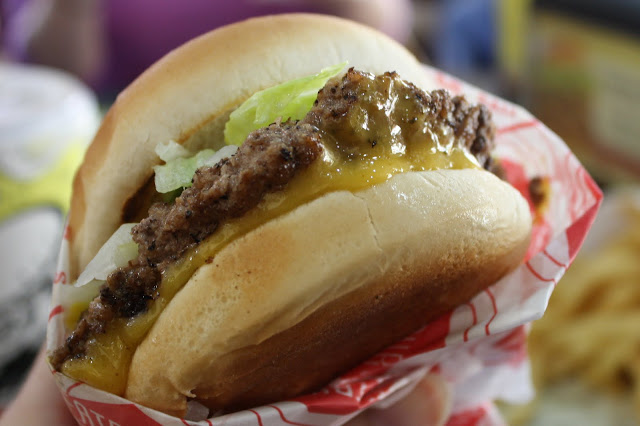 Elizabeth ordered the one of the smaller burgers - not the Baby Fat but the 5.3 oz burger. It looked good so I thought I'd include a pic of that, too.
Posted by JustinM at 11:37 AM

Love a good T-Burger. Seems like they all come with a wheat bun (to enhance the healthiness aspect?).
I make them at home on an English muffin with ranch dressing as the only condiment, sometimes with (dreaded) avocado. Yummy.

They do usually come with a wheat bun, and I assume it's just that: to make it seem even healthier. Because I seriously doubt they are entirely whole wheat buns made without tons of sugar - I'd be willing to bet they all have plenty of enriched flour and high fructose corn syrup.

What about the TB at Tops? I like that one.

I know you hate The Cheesecake Factory, but they have by far the best turkey burger I've ever had. Try it next time you're there. It's amazing.

Anon: I know I've had it before but I do not remember much about it.

Justin: Hate is a strong word, one I would not use to describe Cheesecake. There are some chains to which I would apply it, but that isn't one. However, you are correct that I do not like it and I do not foresee a situation in which I will ever eat at one again. But if I do, you got it, I will try it.

But your Carls Jr comments had spooked me away from their Turkey of a T-Burger. I've been imaging tasting it & giving me nausea. But since most of your readers disagreed with you I may have to use one of those Free T-Burger coupons at Carl's.

How do these T-Burgers compare in price?

I definitely like Turkey Burgers, and I will typically give any kind of patty a try, but I agree that the Carl's Jr. version was not up to snuff. I just wish I had taken a picture for a second reference.

I think that if you label something as a "healthier option" (notice that I don't refer to it as healthy or unhealthy, just more in the direction of health than other options), it can give people a sense of responsibility which can lead them to acquire an ability to find flavor in a hockey puck. In other words, since they can feel better about going to Carl's Jr., they think it's a good sandwich.

Julien: I was thinking the same thing. If you read the comments from people who said that the Carl's Jr. burger was good, you will see a trend: almost all of them talk about the health aspect. I think people are so thrilled to have a "burger" under 500 calories that they don't care about the taste.

A regular Carl's Jr. burger is perfectly healthy. I don't trust something that requires more flavoring and care like a Turkey Burger in the hands of a Fast Food place. I grew up eating Turkey Burgers (93/7) and when homemade or done in a sit down place, they're quite good if seasoned correctly (apple/thyme/oats is a favorite combo of mine).

Definitely. I used to eat them all the time: ground turkey, some lemon and pepper seasoning. When you make them yourself it is easier to retain the (minimal) juices. When the patty has been frozen and grilled who knows how long it advance, it's going to be dried-out and require all kinds of toppings.