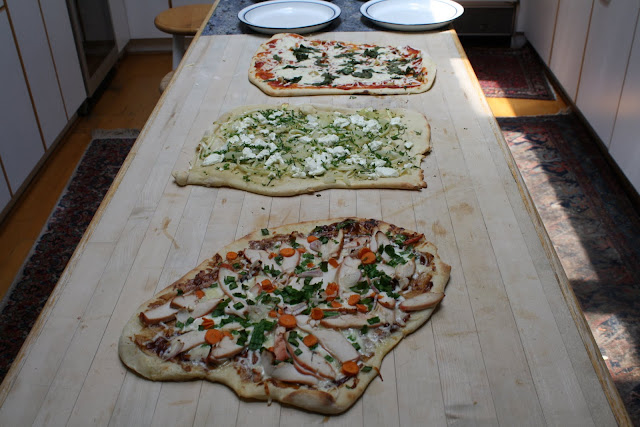 When I was a teenager I often visited the California Pizza Kitchen in Pasadena with my family. Sometimes, if it was after basketball practice or a Friday night game, I was ravenously hungry. I would eat two pizzas and a salad. The two pizzas were always the same: barbecue chicken, which was never my favorite BBQ chicken pizza in town (that was always Crocodile Cafe) but was good enough, and my favorite pizza at the time: the teriyaki chicken pizza.

That particular pizza has not been on the menu for many years. I don't remember how many - I would guess at least a dozen - but most people to whom I mention it (pretty much everyone, actually) do not have any recollection of it. Just the other day, when eating a frozen CPK pizza at my friend Dave's house, I mentioned it to my dining companions. They did not remember it either.

A couple days later something occurred to me: my parents have a CPK cookbook at their house. So Saturday afternoon, while Elizabeth and I were spending the night at my parents' for a Mother's Day celebration, I decided to dig that out and make the pizza. 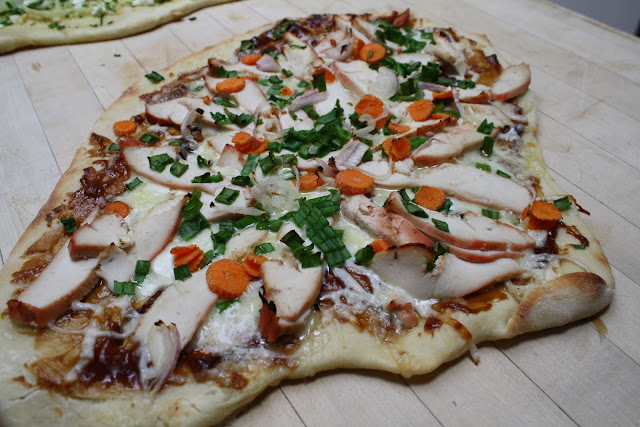 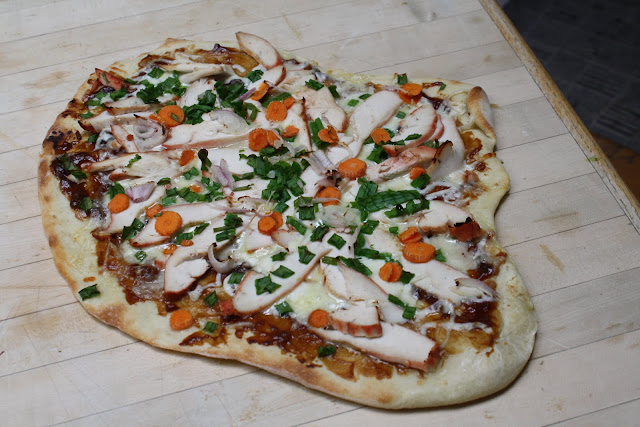 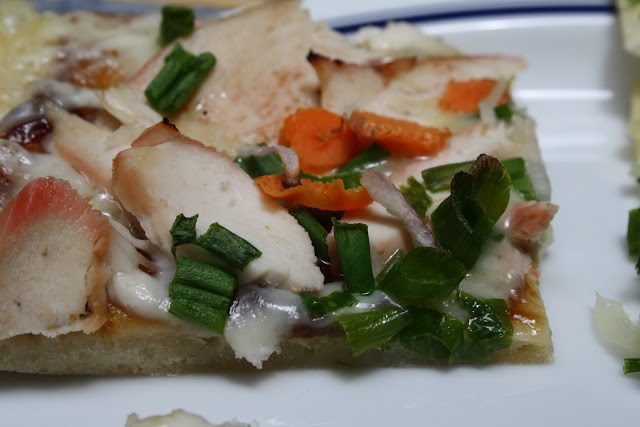 The sauce is the only time-consuming part of the process: it's a mix of orange marmalade, teriyaki sauce, flour and water (and a few other things) that turns into a sticky, super-sweet sludge. After making it, I spread it on a pizza dough, adding chicken, green onion, shallots, and carrots. (The recipe calls for yellow peppers but I forgot to buy one, so I used carrots instead, just to be colorful.)

It was tasty, and certainly familiar flavor, but my tastes have evolved over the years and sweet is no longer as important to me as it used to be. It's probably my least favorite flavor at this point. So the sweetness of the sauce just didn't do it for me anymore. But it's still pizza, so I still liked it. 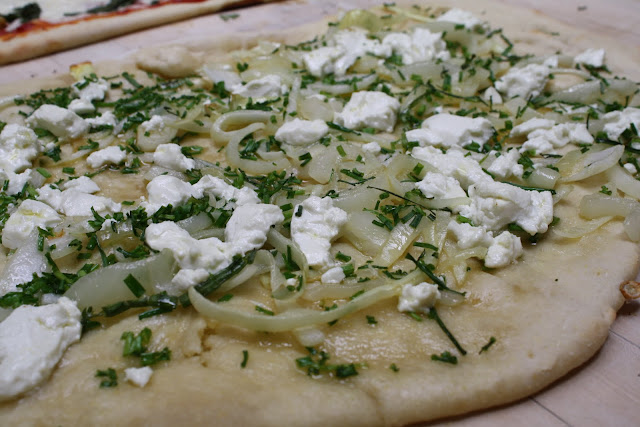 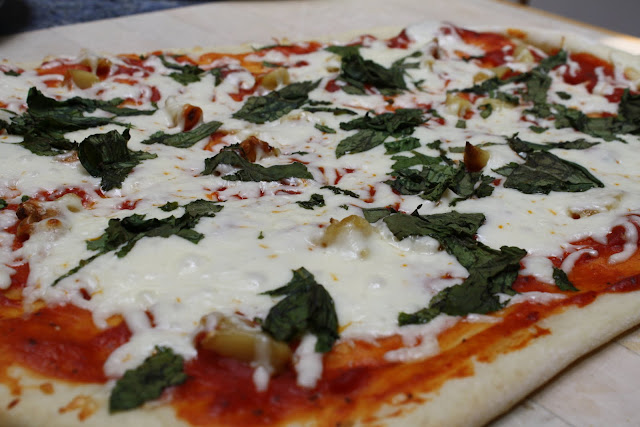 I also made two pizzas that you've probably seen before on this blog: caramelized onions, chives and goat cheese with an olive oil base (I have always added sliced jalapenos as well, but knew my parents wouldn't enjoy that), and a pizza with roasted garlic and basil.
Posted by JustinM at 11:42 AM