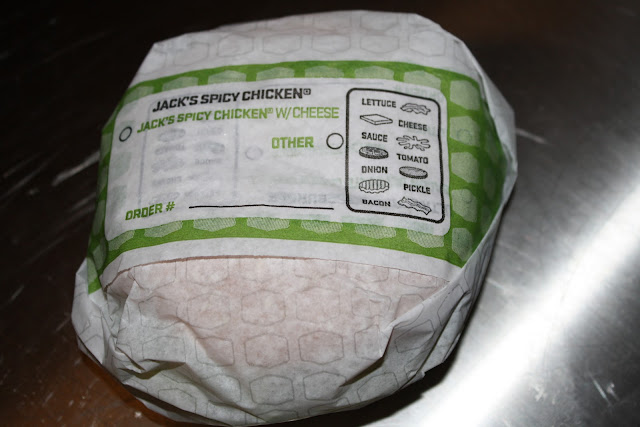 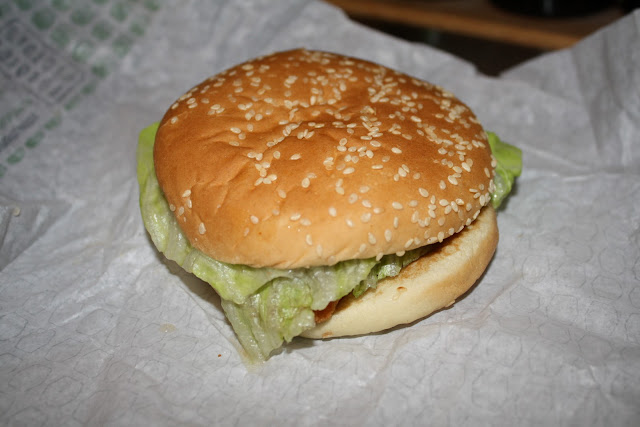 I noticed, on one of my favorite blogs the other day, a post about Jack in the Box's "Jack's Spicy Chicken," and I got a little nostalgic. Well, as nostalgic as one can get when confronted with a fast food chicken sandwich. Hello, old friend. It's been many years.

The first two years of high school, before I could drive, I would have basketball practice half the year until 6:30 at night, and my dad would pick me up. Every single night he would take me by Jack in the Box. Actually, no, that's not true. That's just how I remember things. It's possible we went there less than ten times in two years. Memory is a funny thing.

But I do know that on every one of those occasions, I ordered this sandwich, although in those days it was known as the "Spicy Crispy Chicken Sandwich." I would eat it with the toasted raviolis, a long-gone product that, as I've written before, was the single best fast food product I have ever had. And I'm sure I had fries and a Coke, probably pushing the meal up north of 2000 calories. (And I weighed 155 pounds. God it's depressing to remember that you could eat anything you wanted when you were 15 and played basketball for three hours per day.)

I know I've had the sandwich a few times since high school but every time I'm reminded of the sandwich by a picture or commercial, I immediately think back on those post-basketball practice dinners. I considered going to the park and playing ball for a couple hours and then going out for a Jack's Spicy Chicken, but that seemed like a lot of effort: it would be easier just to watch the Lakers game and do the same thing.

(Although, in retrospect, I would have rather run a barefoot marathon over broken glass than watched those apathetic players last night. About the only thing I can say in their defense is they cared slightly more than the coaches.) 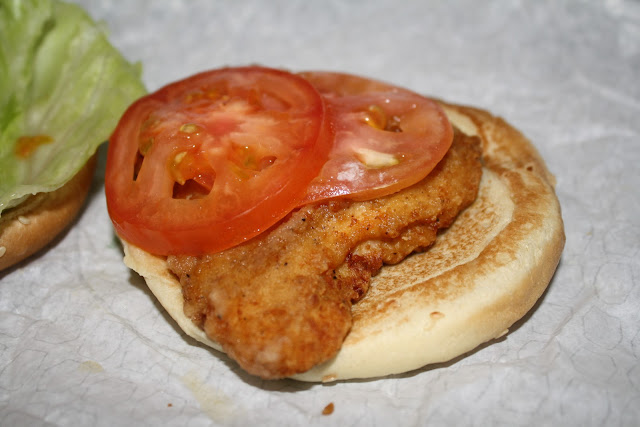 I had forgotten that the sandwich came with tomatoes. That's just disgusting. 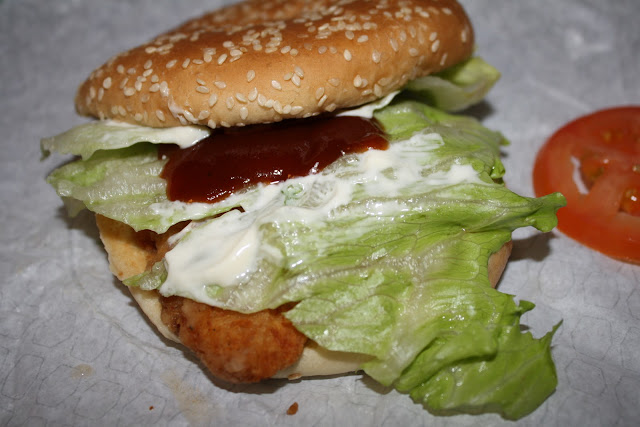 This is how I always ate the sandwich: no tomatoes, with at least half a packet of Jack in the Box's barbecue sauce squeezed onto the thing. 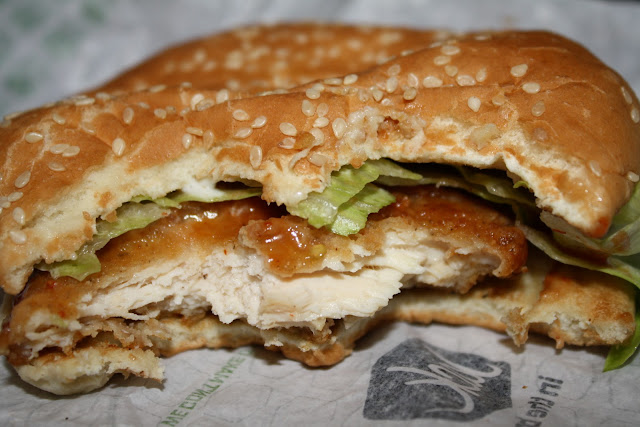 Did I like it? Definitely. The sandwich has a detectable - although not strong - amount of spice and is better than almost any fast food chicken sandwich I can think of.

Did I love it? Of course not. I'm not 15 anymore. It may be better than almost any fast food chicken sandwich, but that's no great accomplishment.
Posted by JustinM at 10:10 AM

That IS a good sandwich. So is Wendy's spicy chicken.

Wow. That sandwich looks almost gag-able, which is much more than can be said for most of the fast-food items featured on this blog.

pp- we, your loyal readers, all know and accept that u hate tomatoes. so why dont u order stuff w/o tomatoes? is it for the blog pics? do u do it for us, pp?

Michelle: One of my best friends prefers the Wendy's version. Maybe I will write about that one day, too.

Nosh: I agree, it is much better than most of the promotions you see on this blog.

Anon: It's just easier to order the product and remove the offending tomato(es). I'm sure my parents get a kick out of that sentence, as they remember when I would not even eat a product if a tomato was served on the plate, let alone on the actual sandwich.

The Jack I go to is good, but other places (Wendy's, McDonald's, Church's) have enough trouble getting my order correct without special requests. Far easier for me to keep it simple and take care of it myself.