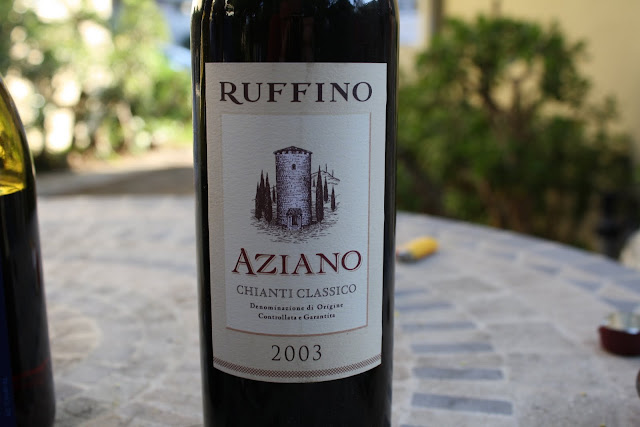 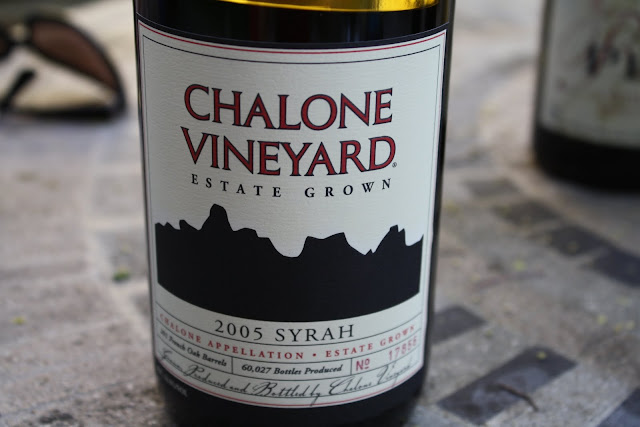 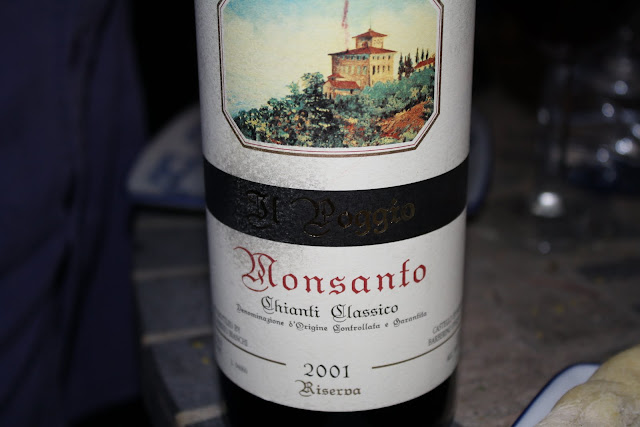 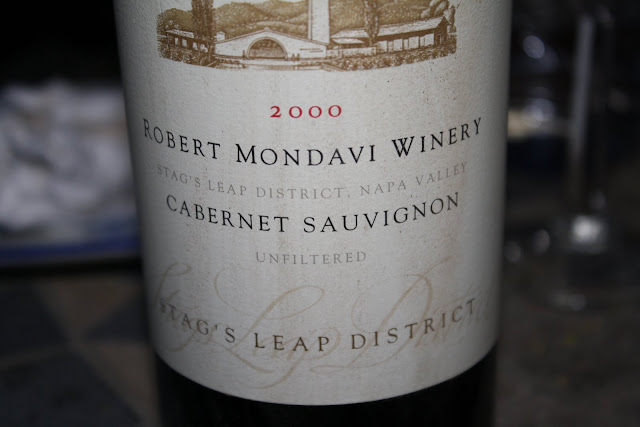 Elizabeth had to go to a work event last night so I had some friends over for dinner. I grilled three pizzas and Tim brought lots of good wine, as usual. 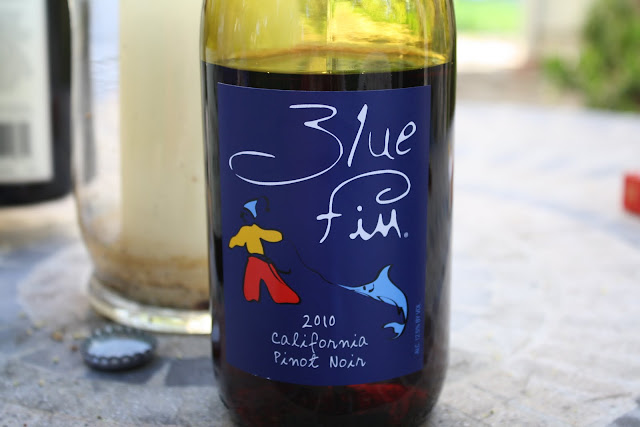 I included the Blue Fin pinot that won our little pinot tasting a few weeks ago. I did not bother putting the Blue Fin up against Tim's wines; it wouldn't have won. 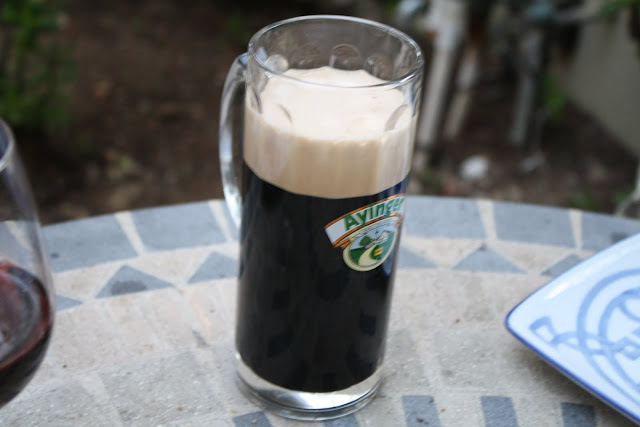 My friend Dave was the only person there who had not yet tried Tim's stout. So Tim walked over to his place and drew a pint for Dave. He loved it just as much as everyone else has, even calling it "better than Guinness." Ordinarily them's fighting words for me... but he's actually right. 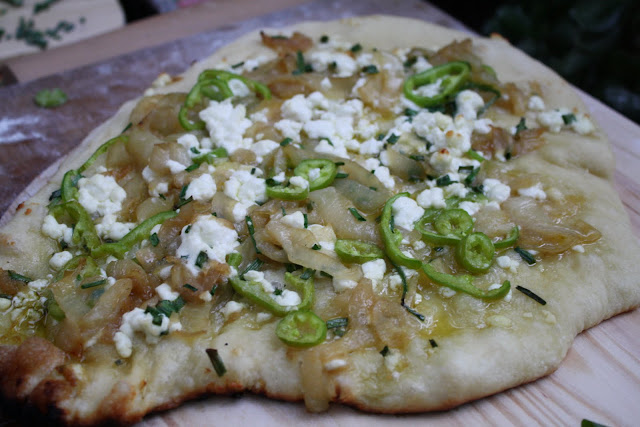 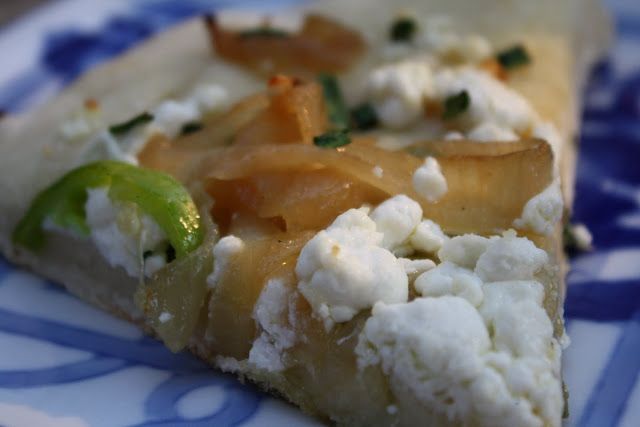 The first pizza I made is one you may have seen here before: goat cheese, caramelized onion, and pasilla pepper, with an olive oil base. 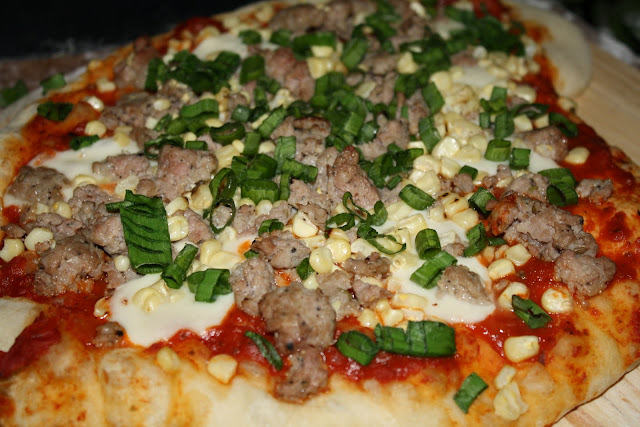 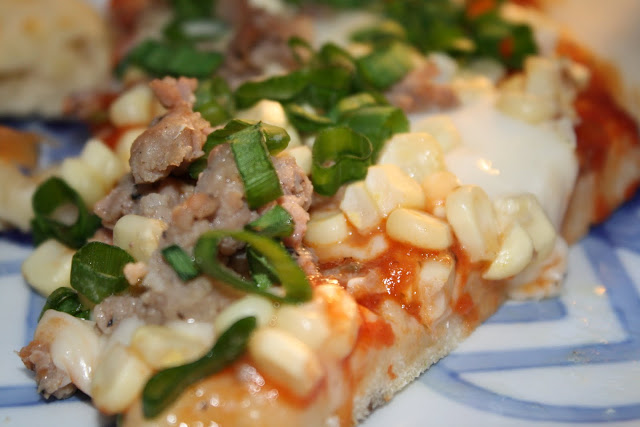 The second pizza was sweet Italian sausage, grilled corn and green onion. This was my favorite of the three. 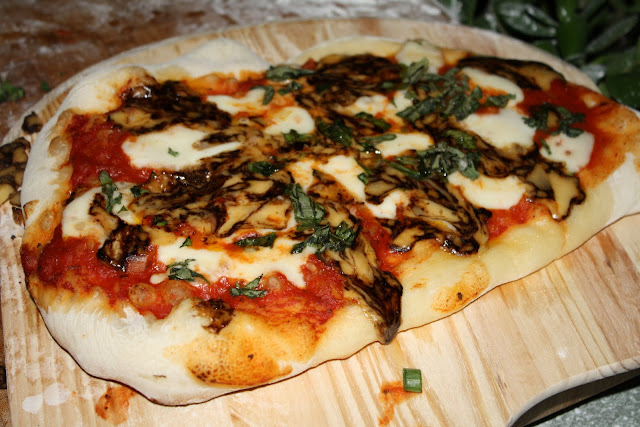 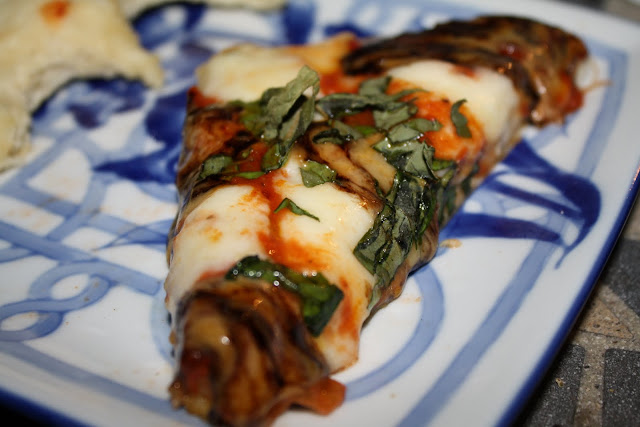 The final pizza was mozzarella, Irish cheddar with porter, and fresh basil. This was very good, too, but I used too much sauce (something I'm often guilty of). It distracted from the flavors of the cheese. 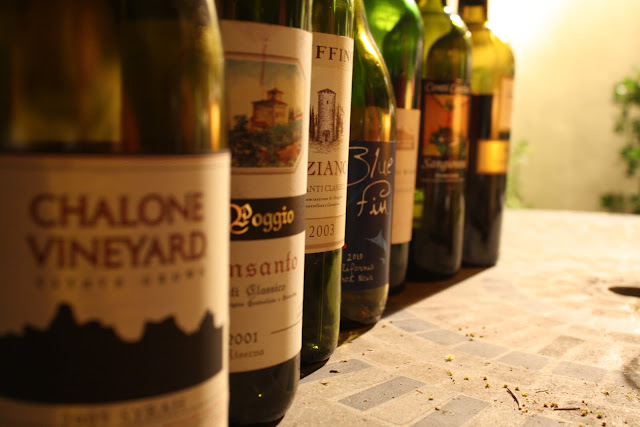 "This is great," Dave said, commenting on the fact that Tim, Tracie and I live so close to each other. "All the nights when I'm out in Old Town and I don't see you guys, this is what you're doing?"

Your pizza all look amazing and I do like a saucy pizza. Pizza and wine all day long, baby!