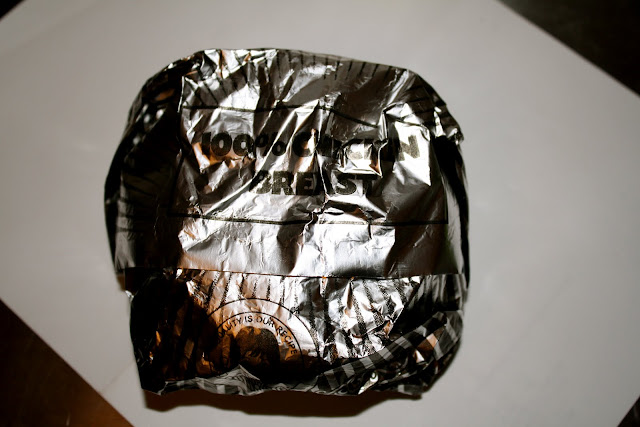 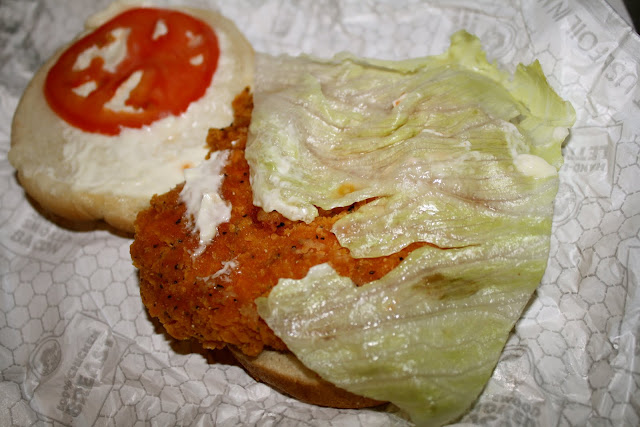 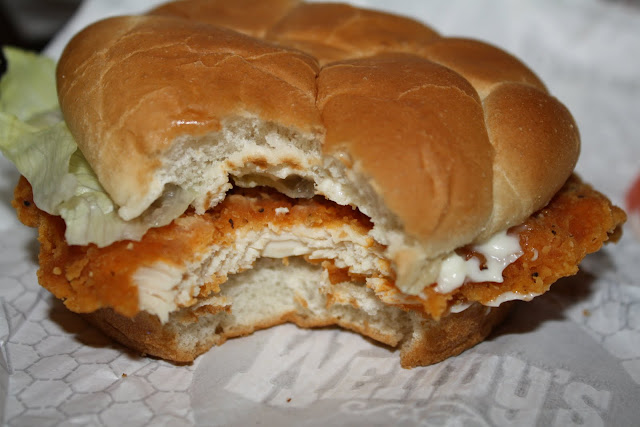 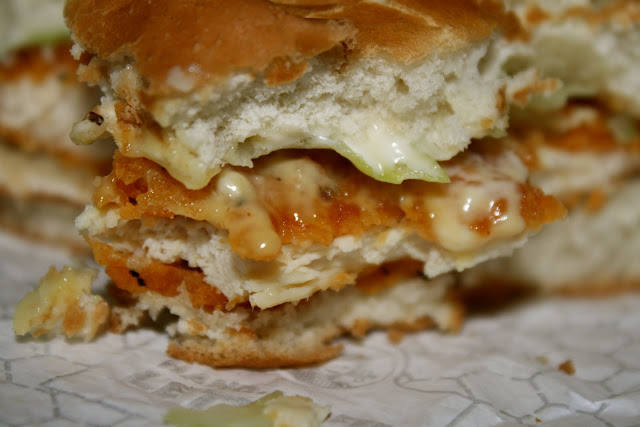 Three weeks ago I wrote about Jack's Spicy Chicken, a sandwich I loved and did not understand when I was young.* I returned to it for the first time in years and found that it was still damn tasty, although I did not love it like I used to and there is no way I could see myself eating it as frequently as I once did. (A frequency that, I conceded, is almost certainly exaggerated in my memory.)

So the other day, after witnessing one of the Angels' ongoing Bad News Bears-esque ways in which they are managing to lose games this season (this was not the game where the pitcher overthrew the catcher on an intentional walk, it was the one where the center fielder lost the ball in the sun on the last play of the game) I went for a drive. I should get that sandwich I thought to myself, realizing even then that if I get fast food every time the Angels do something ridiculous this season my weight will probably balloon from a svelte 285 to 400 pounds by Labor Day.**

(I don't usually start to get passionate about baseball until the Lakers season ends. The last three years that has been in mid June. Not so much this year. Wow... when I think about it like that... the last time the Lakers season ended this early I was 28, housing prices were still rising, and Elizabeth would have slapped me if I tried to kiss her. Actually, she still does that. But you get the point.)

As usual, Wendy's was packed. I went through the drive-through and sat behind a car that took five minutes to order three items. Though I must say, that person was practically Calvin Coolidge compared to the man who was ordering when I pulled up to the window. I paid, waited for a few minutes, received my food and left all while the man was still ordering. I could hear him over the speaker, asking an array of questions that never would have occurred to me.

"Why do people take so long to order?" the kid with the headset asked to no one in particular.

"The Angels are messing with everyone's heads," I offered.

I arrived home a few minutes later and unwrapped the sandwich. The first thing I noticed was the bun: it was beautiful. Soft, buttery, almost glowing... this was a far cry from the Jack in the Box sesame seed, slightly-crushed bun that looked like it might have fallen off the truck and been run over a couple times.

But the proof is in the pudding, or chicken as the case may be, and I took a bite. Wendy's sandwich is much more tender than Jack's. The latter always has a few overcooked edges, nooks and cranies that are crispy, and not in a good way. But Wendy's is much more like an actual breast of chicken should taste.

That being said, the spiciness of the breast was lacking. Wendy's spicy nuggets, which I love and often taste quite spicy to me, seem better. I realize this might not make sense; I assume they use the same spices. (Although a wise man once told me "Never make assumptions; they're always wrong.) But overall the sandwich just did not have a lot of flavor. The lettuce was pathetic - a watery piece that seemed destined to fall apart at the first touch. Which it did. The tomato, as always, was discarded immediately.

I have always added Jack's barbecue sauce to their sandwich, but I have never liked Wendy's barbecue sauce, so I added some of their honey mustard. It was a very nice complement. It even brought out a little more spiciness in the chicken. But the whole time I was eating it, I was thinking: You know, I think I like Jack's sandwich just a little bit more.

I like both sandwiches, but I don't know how many more times I will ever again eat either one of them. Certainly it's not likely with Wendy's: I will probably just stick with their nuggets or their newest promotion from now on.***

*I often slide in references to songs or books or movies that I love and sometimes people - sometimes even people whom I love very much - ask me what the hell I'm talking about. So this time I will share: that's from A River Runs Through It, though he was talking about people he loved who have died, not a fast food sandwich.

**I'm not entirely sure about these numbers

***Although I have an idea: I would like to get a Jack's Spicy Chicken and try it with this Wendy's bun. That could be fantastic. I will wait until the next time Zach is in town; that kind of adventure is right up his alley.
Posted by JustinM at 10:41 AM

When the Jack sandwich is good its great but too often its not good. I think Wendys is much more consistent.

I haven't had the best of luck at the Wendy's (assuming it's the one on Atlantic). From my experience, the spice is the same on both the nuggets and the sandwich. One of the things I like about the Wendy's sandwich is that the chicken is almost twice as thick as Jack's.

It is the one on Atlantic, and I agree 100%, that is the most inconsistent, mediocre Wendy's I have ever been to.

I can give up all other fast food, but Wendy's spicy chicken sandwich always keeps me coming back.