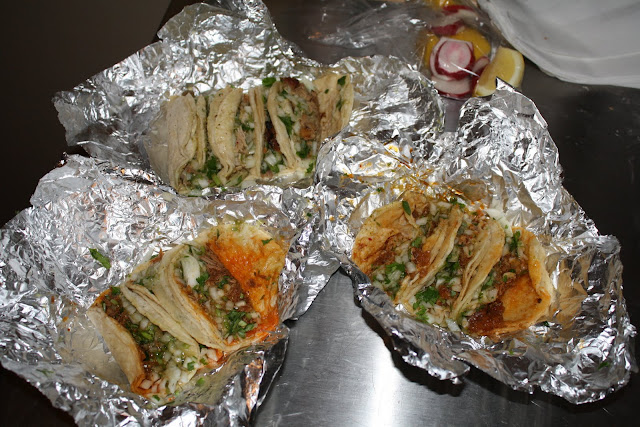 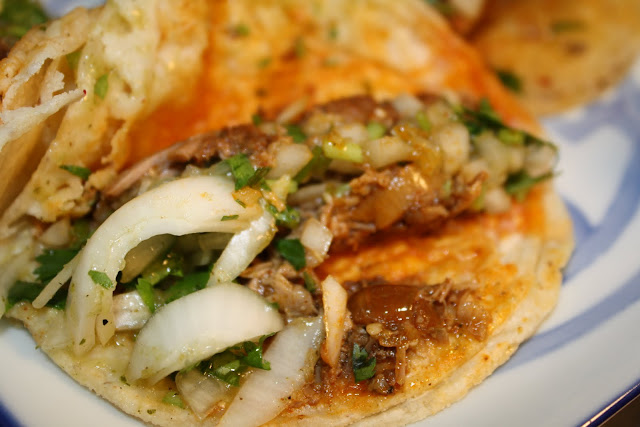 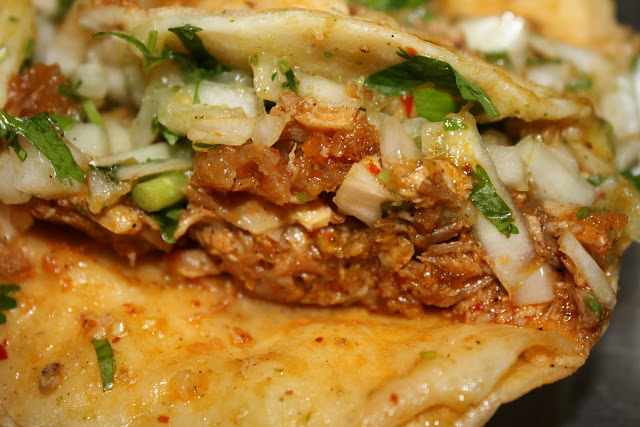 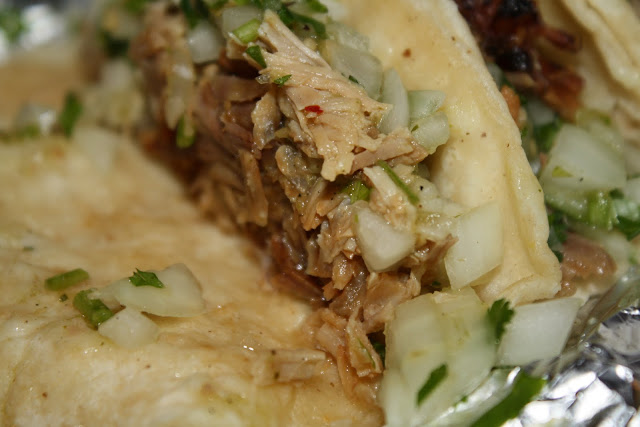 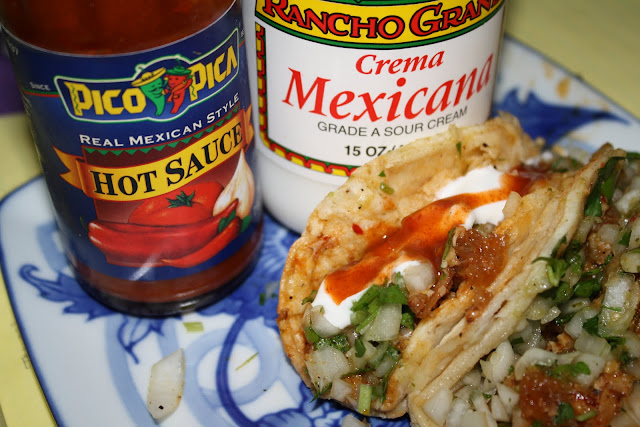 From Friday night to Sunday afternoon, I cooked six meals in a row. Sunday evening, I had zero desire to make dinner. I wanted to sit on the couch and watch TV. The idea of some salty, spicy tacos sounded really good to me. I headed up to the El Taquito Mexicano truck on Fair Oaks. There was not a single other person there.

Elizabeth wanted three carnitas tacos. So I ordered five. Earlier in the day she'd picked up something at the store to take for her lunch today, but I'd forgotten to bring it with me from my parents' house. I was hoping she would forgive me if I got her extra tacos to take for her lunch. (She did.)

I was only going to get three tacos for myself, but once I got a whiff of the smells, I knew I needed more. I ordered three chicharron and three al pastor. Back at home I ate three of the tacos immediately, satisfying my hunger. Then I got out the Mexican sour cream from Cinco de Mayo and added it to one of the tacos, along with some hot Pico Pica sauce.

I've never added sour cream to a street taco before. And now I see I wasn't missing much. Sure, it tastes fine, but it cuts through the spice of the tacos too much. If you think these kind of tacos are too spicy - and I know a lot of people do - then you would probably enjoy a drop of crema Mexicana like this. But I did not.

I watched the Chicago-Atlanta game - it was a nice change to see an NBA team actually try hard, if you know what I'm saying - and a couple of other shows and went to bed, full from a weekend of good eating.
Posted by JustinM at 11:45 AM

Street tacos are the best! And I agree with you - dairy tends to kind of undermine all those big flavors.

Well, they tried pretty hard to act like a-holes. One area where they executed.

The thing that makes me laugh is that I have read no fewer than 5 professionals who have written, since yesterday, "Phil did not deserve to go out like this." (I'm paraphrasing.)

Well, you know what?... This is EXACTLY how he deserved to go out. There have only been a few people I have ever seen in sports who were bigger condescending, smug assholes than Phil Jackson. Karma is a bitch.

The street tacos are pretty damn good! I really like their carnitas.