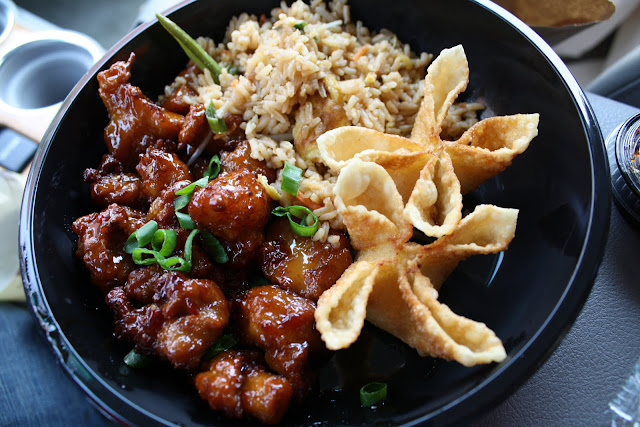 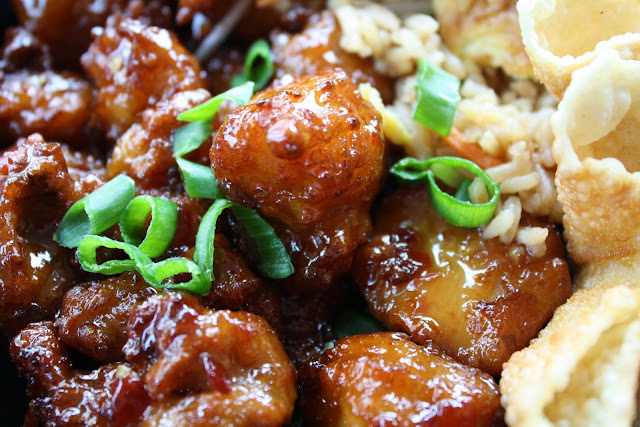 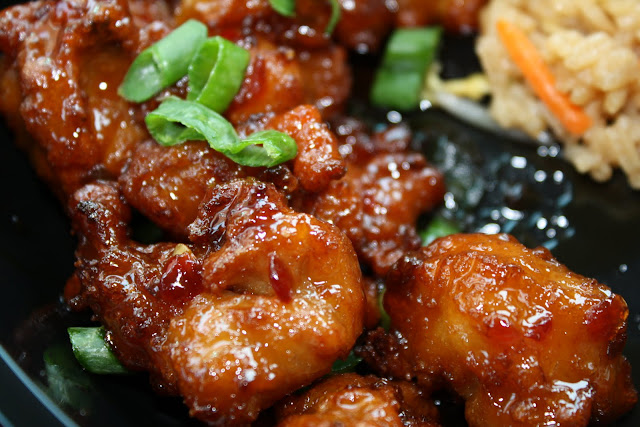 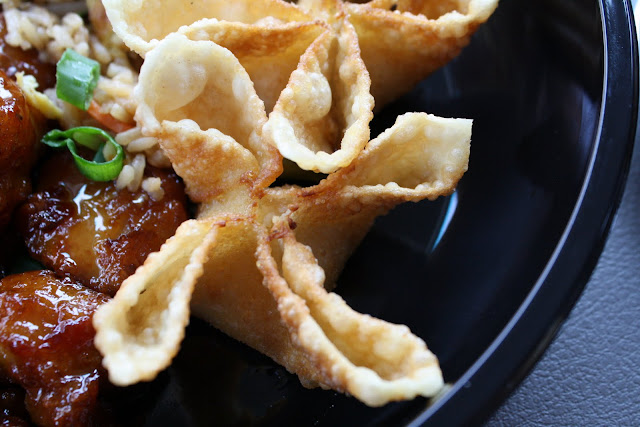 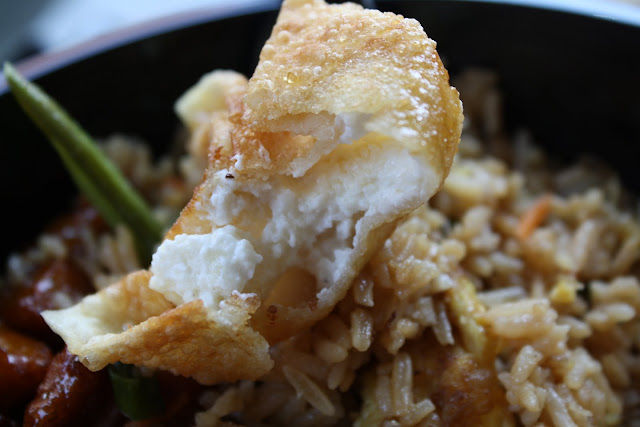 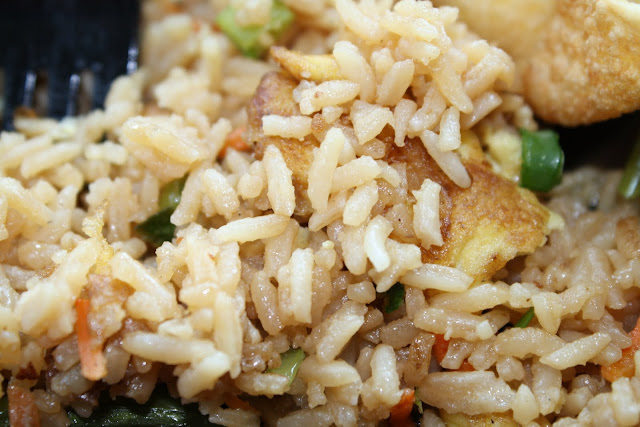 I first started eating at Pick Up Stix when I was a teenager. I fell in love with the place. I have to admit, this was long before I started experimenting with different Asian cuisines in the San Gabriel Valley. Panda Inn was about as much as I challenged my taste buds in those days and I'm sure - I don't remember exactly, but I'm willing to bet - that orange chicken was as exotic as my orders got. I liked Pick Up Stix far more than Panda Inn (or Panda Express) and I would routinely drive 50 minutes round-trip to eat at the Pick Up Stix in Studio City. It was a less-greasy, fresher version of Panda Express, and that was all I wanted.

In the years since then, of course, I've discovered dozens of places I prefer to Pick Up Stix, and these days I eat there perhaps once a year, if that (not counting all the times I popped in there on Wednesdays to pick up some 25-cent cream cheese wontons as a surprise for Elizabeth). But the other day I got an email that they have some new entrees, and later in the day I was right across the street from a location, picking up cat food at PetSmart, and too hungry to drive anywhere else. I decided to try one.

Firecracker chicken is described as having "a heat that's sweet," and I already could guess what I was in store for: very little (if any) heat, and a fruity sauce. Still, at $6.49 for the protein, two cream cheese wontons and rice, I was willing to give it a try.

With the lunch special, you get a portion of chicken about half the size of a full order, which is still plenty for one person. I decided to eat it in the car so I could listen to talk-radio callers vent about the Lakers.

(For the record, since several people have asked me, I am just fine with the embarrassing loss of this Lakers team. As I wrote on February 17, they are a collection of unlikable punks. Was I disgusted by the way they played/got ejected on Sunday? Sure. Surprised? Not one bit. They deserved to be embarrassed by a team that played the game the right way. Plus, my good friend Troy was at Game 4 on Sunday, wearing his Lakers gear, and he said the Dallas fans were the nicest opposing fans he has ever been surrounded by.)

I was pleased with the first bite of the Firecracker Chicken. Of course there was no heat to it, as I had expected, but it was not overly-sweet. It had a tasty, caramelized flavor to it, and it wasn't swimming in a pool of grease which, unfortunately, has more often than not been the case at this Pick Up Stix location. The wontons were good, as usual. The fried rice was dried out.

While I don't plan to head back to Pick Up Stix anytime soon for the Firecracker Chicken - I can think of several places in Pasadena alone with similar dishes that I prefer, to say nothing of neighboring San Gabriel and Alhambra - I would be glad to eat this again if I'm ever nearby. I wish it were a little spicier, but I say that about the food at most Americanized Chinese food restaurants.
Posted by JustinM at 10:39 AM

It does - but it doesn't have the incredibly-salty flavor of the soy in the House Special. Sometimes I like that, but it's also one of the offenders in the whole "drowning in oil" dishes that I usually get at Pick Up Stix.