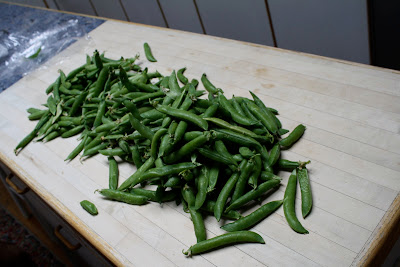 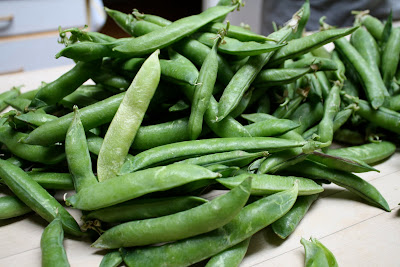 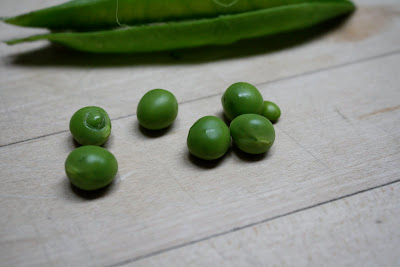 Have you ever seen 6 pounds of English peas before? My mom loves the English peas for sale at the Pasadena farmers market on Saturday mornings, so I headed down there and filled two bags with peas. They weighed just over 6 pounds. (To be honest, what you see in the picture isn't quite 6 pounds - I ate a bunch of them just walking from the farmers market to my car.)

Everyone snacked on the peas throughout the day. 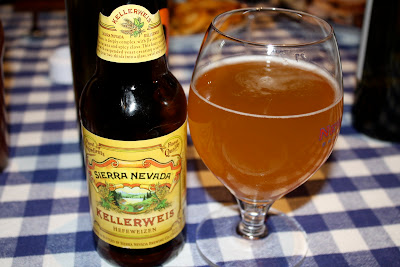 For dinner I poured myself a Sierra Nevada Kellerweiss: an open-fermented beer in the style of German Hefeweizen. This was my first time ever trying it, and it was delicious. 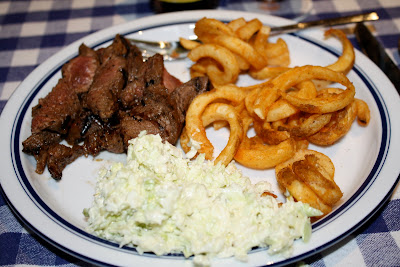 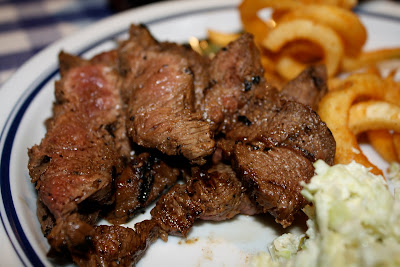 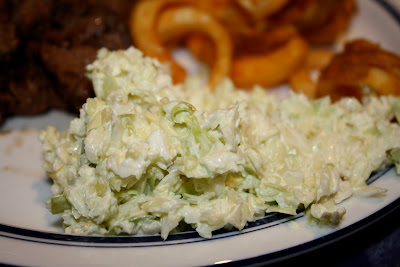 I grilled flat iron steaks for dinner, with some curly fries and a special surprise for my mom: cole slaw from the Crab Cooker, perhaps her favorite in the world. If you read my post about the Carl's Jr. Habanero Burger the other day, you may have noticed I said I was down in Orange County. This is the reason why - to pick up up a couple containers of the slaw. All of the food was great. 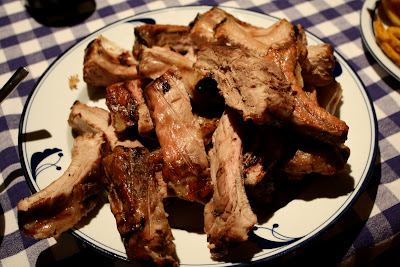 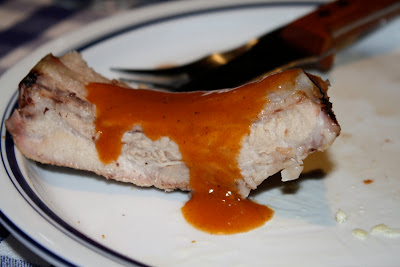 When I had asked my mom what she wanted for Mother's Day, she'd said steak... but that ribs also sounded good. So I figured What the hell? I'll make both. Leftover ribs have never been a problem for my parents. I cooked the ribs in the oven, over a pan of Sierra Nevada Celebration Ale, with only a little pepper and spices on them. I served them with sauce on the side, of course. 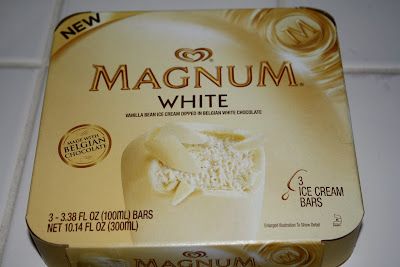 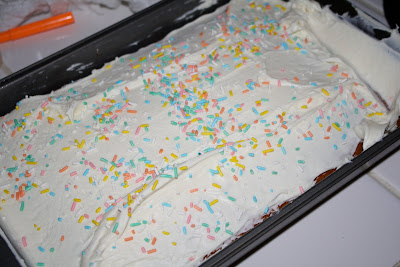 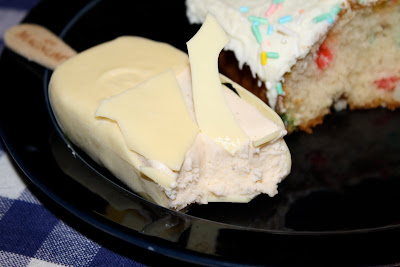 Elizabeth had told me about some new ice cream bars called Magnum. Actually, they're not new, they are merely new to the U.S. So we made sure to pick up a package of the white chocolate variety: vanilla bean ice cream covered by crunchy Belgian white chocolate. I'm not a fan of desserts - usually - but this was absolutely delicious.

And we mad Funfetti cake, too, which we always seem to do for family dinners.
Posted by JustinM at 11:44 AM

Umm, anyone who has not tried the Magnum bars yet- do it, you will not regret it. The caramel ones are on my list too.

that cole slaw does look amazing.. go mom! i picked up some magnums (...not that kind, the other kind...) with almonds...good stuff! i always eat them in greece and thought if they ever made it to the us they would have to surely change the brand.. NOPE!

I want a Carmel Magnum Bar!

I can't believe you don't have Magnums in the US! The almond ones are my favourite. Also, why do you call them English peas? What's so non-American about them?

Well, we have Magnums now!

We call them English peas because they are stinky. I'm only kidding. I honestly have no idea. This is according to Wikipedia, so take it with a grain of salt:

"By the 17th and 18th centuries it had become popular to eat peas "green", that is, while they are immature and right after they are picked. This was especially true in France and England, where the eating of green peas was said to be "both a fashion and a madness".[9] New cultivars of peas were developed by the English during this time which became known as garden peas and English peas."