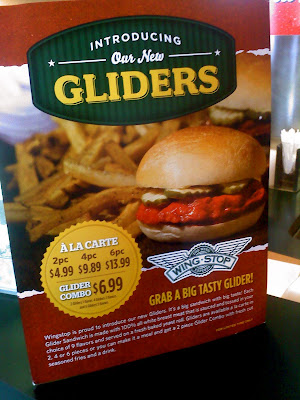 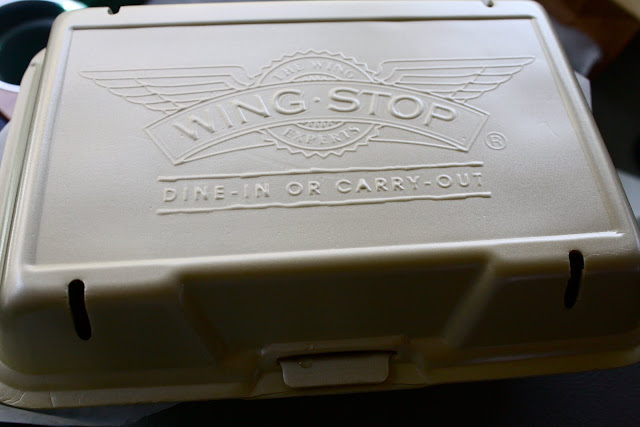 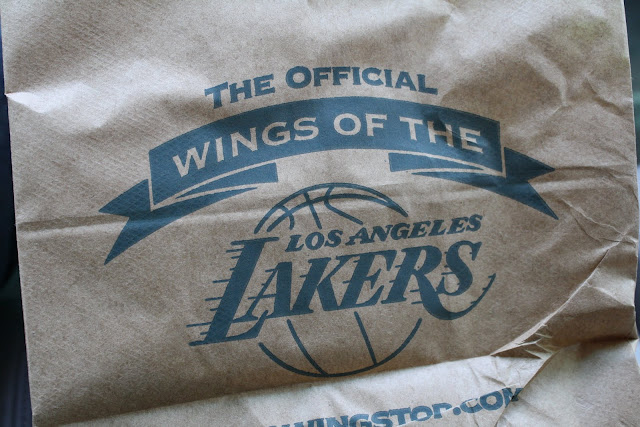 I almost never think about going to Wingstop. I've only been there two or three times and each time has been good, but when I crave boneless wings these days I usually just go to Church's, where the wings are cheaper and tastier.

But a short while back, I saw that Wingstop was coming out with a product called "Gliders," presumably an aviation-themed (as much of their business is) pun on sliders. I thought I should at least give them a try.

The location I went to was selling two Gliders for $4.99. From the picture, it looked like they were going to be the size of my beloved KFC Chicken Littles, the kind of thing that I could eat in one or two bites. Five bucks seemed a pretty high price. But I still ordered them, one with "Cajun" sauce and one with "Hickory Smoked BBQ."

"They will be ready in nine minutes," the girl behind the counter told me. 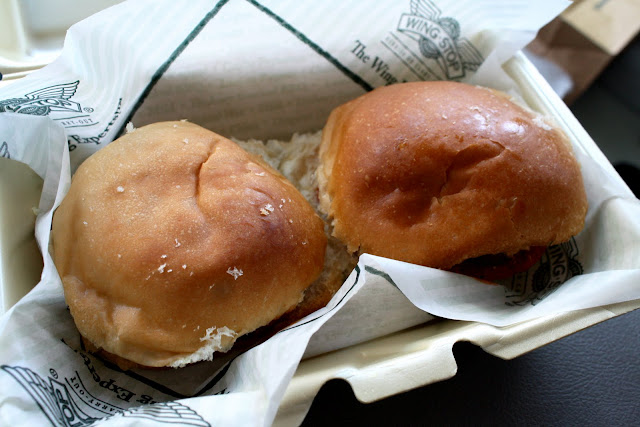 Almost exactly nine minutes later I received my box and took it to the car. When I opened it I realized I was not going to be able to eat these things in one bite. Far from being tiny little bite-sized sandwiches, they were almost the size of most fast food value-menu chicken sandwiches.

The sauces smelled good and the bread was the exact kind of bread I like to eat with sandwiches like this: buttery-soft, light rolls, things that won't interfere with the flavors of the sandwich, bread soft enough to be torn apart and used to soak up any excess sauce that may pool in the bottom of the container. 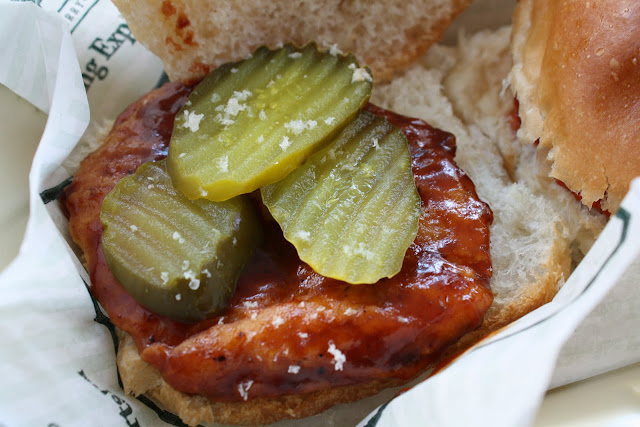 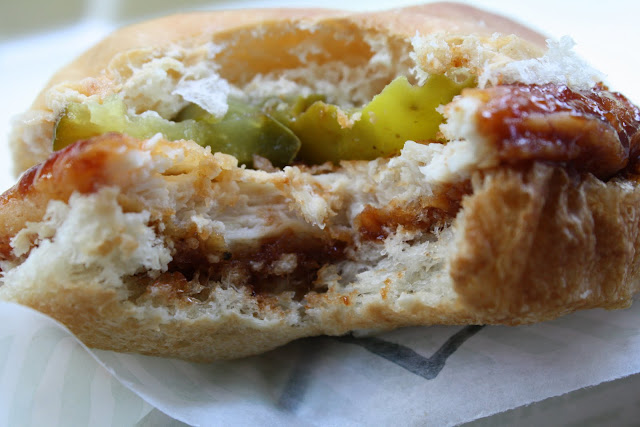 The barbecue Glider was tasty, a little heavy on the sauce but reminding me of other tasty fried chicken/barbecue sandwiches I have eaten over the years. Both Gliders had three pieces of pickle on them, adding a crunch that complemented the chicken well. 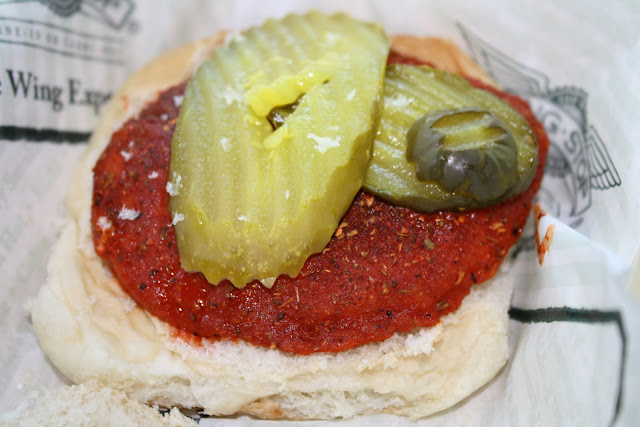 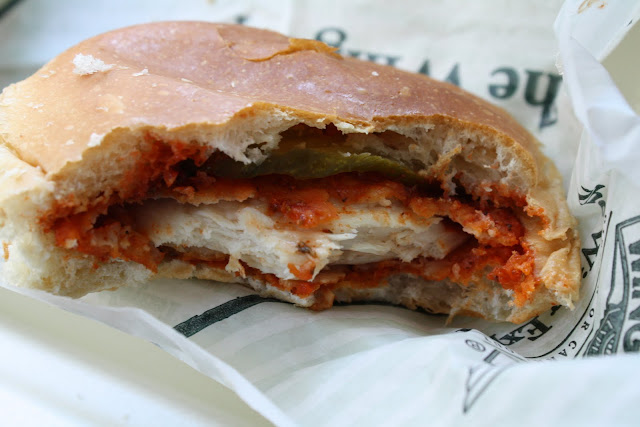 The Cajun sauce was more of a rub; sure, there was some liquid to it, but mostly it was spices blanketing the piece of chicken. This one wasn't as good. The breading separated from the chicken after just a bite and it tasted more like a grilled chicken sandwich. That's not necessarily a terrible thing, but I missed the crunch of the breading that was in the barbecue sandwich.

I enjoyed the Gliders much more than I expected to. I have heard from friends - and people who have posted comments here over the years - that the lemon-pepper flavor at Wingstop is great, and I have yet to try that. Maybe one day I will return and try the Gliders with different sauce. But if I don't make it back before they're gone.... well, I won't be too upset.
Posted by JustinM at 10:10 AM

I've read your story and hope will will read new post from your site later.