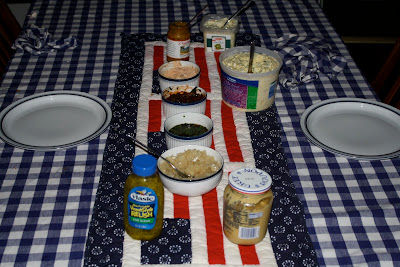 I could eat hamburgers and hot dogs for every meal, so why not make both for dinner on the night before 4th of July? I put out lots of condiments and sides on the table. 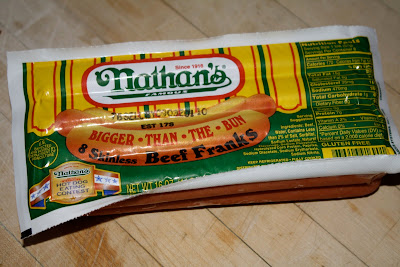 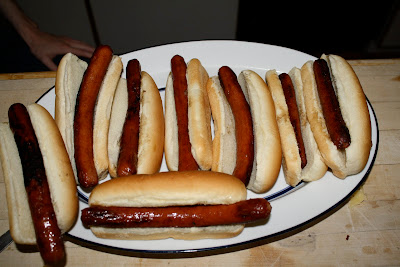 Elizabeth loves Nathan's Famous hot dogs. Normally I get those for her and another kind for me - I don't mind them, but I don't think they are anything special - but since this weekend is the hot dog eating championship at Nathan's in Coney Island, I was okay with having them. 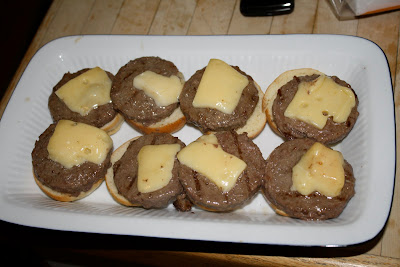 I also made sliders with Gouda cheese. 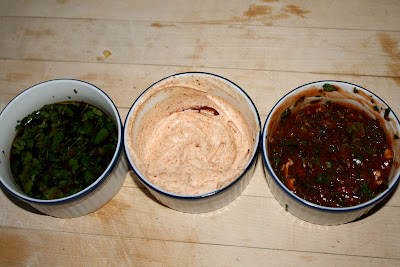 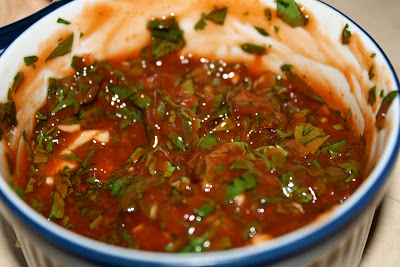 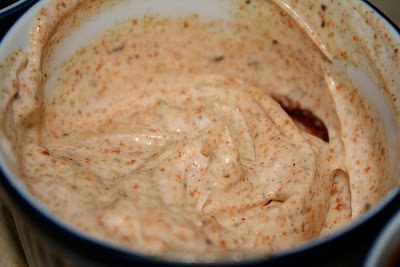 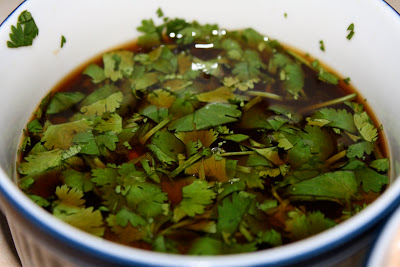 I made three sauces: a ketchup similar to the one we had last summer in New York at Pommes Frites: ketchup, cilantro and garlic. The second sauce was basically a Cajun mayonnaise. The third one was a recreation of a sauce I used to eat all the time when I was a kid at Crocodile Cafe in Pasadena - a mix of ginger, cilantro, lime and soy. I don't know why I made this; I think I was just trying to use up leftover ingredients. 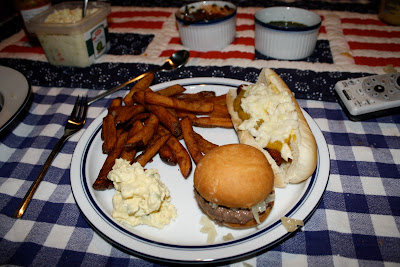 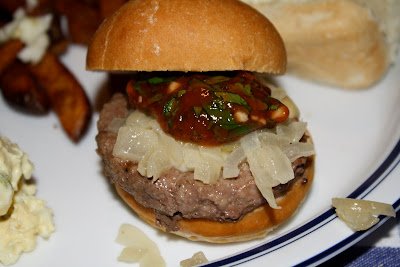 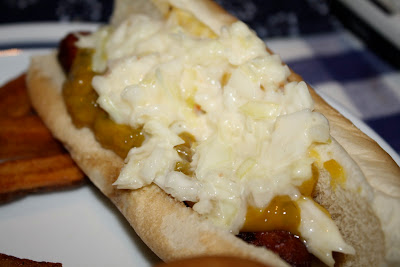 To my burger I added the spicy ketchup; to my hot dog I added mustard relish and cole slaw. 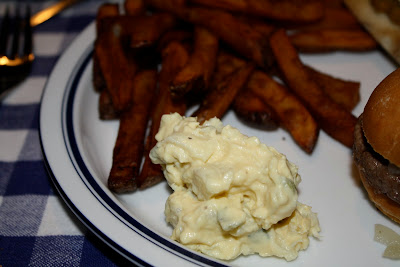 I made Belgian fries and also served potato salad. Maybe that's too much potato. But then again, maybe not.

I'm enjoying this daily update kind-of-thing. You should do it more often! Happy 4th of July!

Well, this has been kind of a massive-consumption holiday weekend. I don't think I could keep up this pace....

It was not too much potato!

Haha, isn't any holiday an excuse for you Americans to eat a lot? (Not that I mind when I am visiting my in-laws in Pennsylvania...)

I've been to several Julefrokosts in Denmark, two weddings in Italy (one in Florence, one in Catania), family picnics in Florence, several family (family of friends) gatherings in France - I can attest that Americans eat no more at special occasions than Europeans. The main difference is that we Americans do not eat in courses, but the quantity of food is no greater.